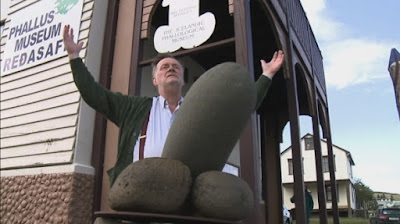 I'm covering a rather bizarre documentary in this week's edition of Devlin's Domain. Just a fair warning before you proceed, if you are offended by penis or the word "penis" then read no further. This review is gonna be chock full of peen, including some images and non-stop references. So if you feel as though you have reached a level of maturity that you can handle exposure to a natural part of the human anatomy, stick around because this could be entertaining.


I'm sure amongst our target audience here on the Needless Things website there are plenty of collectors. Based on the content provided here it's a safe assumption that a lot you collect action figures, statues, trading cards, movie memorabilia, etc. Personally I have a nice collection of films, comics, books, wrestling related items, and music. Those are pretty common things to collect, although the contents of my collection may be unusual. I also own a few art, specimen, and taxidermy pieces, but that's more for decoration and not part of a collection.

There are people out there that have more extreme and unusual collecting interests. Cars are a popular item to collect for those that can afford it. Then there are relic hunters that collect historical items. I know a guy that collects rusty old gas station signs and oil cans. I have yet to figure out the appeal of that. The list of strange collections is all over the place from butterflies, toenail clippings, taxidermy, and soda cans to houses, guns, newspapers, and coins. Those are all tame in comparison to the insane collection this documentary focuses on. It's about one man's quest to find...

Unknown to most people, near the Arctic Circle in an Icelandic town called Husavik stands the world's one and only penis museum, The Icelandic Phallological Museum. This film follows owner and collector, Sigurður Hjartarson, and his quest to complete his penis collection by finding the final specimen. He has acquired a penis from almost every mammal on Earth except that of a human.

We are given a tour of the museum and see the shocking amount of penises he has collected over the span of 40 years. Monstrous looking organs are preserved in jars of formaldehyde and line the entirety of his museum. There are all shapes and sizes, including a gigantic penis from a sperm whale. These things look so alien and I couldn't begin to tell you what beast each penis came from. It doesn't stop with specimens though. He has created furniture, art and utensils with the signature shape of male genitalia. This is the last place you want to be if penis makes you uncomfortable. 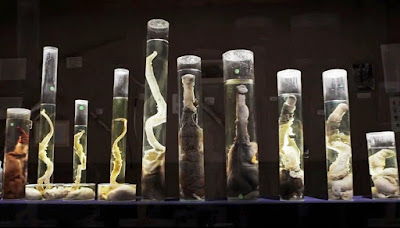 Of course Siggi isn't oblivious to the perception the average person has of such a collection. He addresses how the public sees it as a taboo interest, but that doesn't stop him from pursuing his passion. It all started when a friend gave him a bull's penis as a joke and turned to an obsession. 40 years later, with his health declining, he is dedicated to completing the collection before dies. Amazingly, he has two prospects. 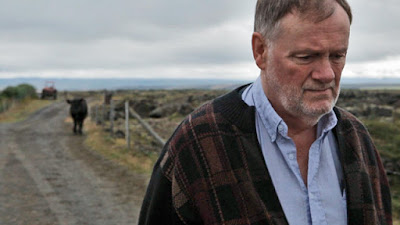 One of the potential penis donors is a legendary womanizer from Iceland named Pall Arason. He's rather old and has agreed to donate his incredibly shriveled and shrunken penis to the museum upon death. This should be a sure thing, but the issue is that Siggi doesn't know if he may die before Pall and wants to acquire a specimen sooner. 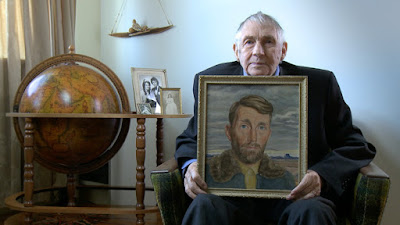 The alternative is an American man named Tom Mitchell, who has agreed to donate his penis while he is still alive. This guy is the most bizarre person in the documentary. I found him to be quite despicable. He is so in love with his own penis that he named it Elmo and aspires to write a comic book series based on it. Despite his willingness to donate his manhood in a timely manner, he is also causing some problems for Siggi. 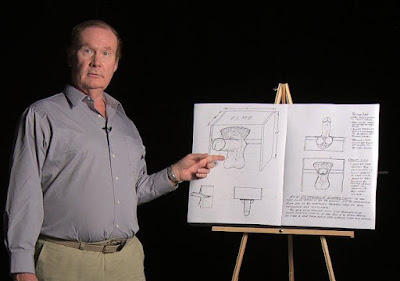 Siggi already has plans for how to display his human specimen, but Tom has plans of his own. He has drawn up extensive blueprints of how he would like his penis showcased. He even gets the head of his penis tattooed in preparation for the display. This made for a pretty uncomfortable yet funny tattoo session. Tom gets mad at the artist and storms out. He's got serious issues. Him and Siggi butt heads over the logistics of the donation. Tom wants rights to his penis after it's been donated, while Siggi argues he would have no rights to it after it becomes museum property. Tom also runs into issues while trying to find a surgeon to agree to go through with the operation. 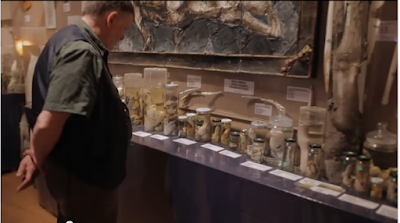 This was a pretty interesting little documentary and I'm glad I have it a chance. It wasn't very long, running just over an hour. I'm still baffled by someone with a collecting interests that was so extreme that they had to go through hell to complete it. Everyone's life goals are different though. I'm actually more baffled by Tom Mitchell. He has got to be one of the weirdest people I've ever seen. He looks pretty normal until he opens his mouth. I'm not sure why he was so proud f his penis either, because I didn't find it to be impressive at all.

IMDB scores it at 6.5 and I'd say that's a decent rating. I may give it a 7 just to round up. Not something you're gonna watch more than once, but definitely worth looking at just see what kind of odd people are out there. I watched it on Netflix and last I checked it was still on there, so hit it up this weekend.

Join me next time here in the Domain where I'll be reviewing a film that depicts the last few seconds of brain activity before death. It's gonna be trippy.

About Me: I have a couple of different aliases, but for this column I will use my middle name. I am Devlin and I currently reside in Atlanta, GA. 32 years of age and still feeling immortal. Former Rockstar, current Pro Wrestler and hell, I'm still a Rockstar at heart. I got my first taste of obscure cinema when I was about 8 years old. My Dad would take us to the video store every weekend to stock up on classic horror films to watch on his projector. They were mostly harmless, PG-rated horror films like the great Universal monster movies. Then one night he rented a movie for himself to watch after we had gone to bed. I was so intrigued by this film that I wasn't allowed to see. I begged and begged and he eventually caved. That night I was exposed to a film unlike anything I had seen before. Ever since that night I wanted to find more films that gave me that same sensation. I wanted to feel shock and disgust. I found my place in the Horror aisle. The film I watched was Faces of Death. Thanks Dad.
www.facebook.com/DevlinValek
Posted by Devlin at 1:15:00 PM