31 Days of Halloween: Numb To the Horror- Movie Ratings And How They've Changed For The Genre

When I was a kid I was allowed to watch Rated R movies.  For the people that write on this blog, the terms “Liberal” and “Conservative” weren’t thrown around often in our childhood, but Liberal my parents were.  My mother was a punker and in her later years a modern goth.  Heck, I was sung to sleep as a baby to Alice Cooper and cut my teeth on Motorhead, Bad Company, and GWAR, so naturally Rated R movies were not something they hid me from either.  There was only one movie that my father ever kept me from for reasons I never understood, and that was Harlem Nights.  It was an F-Bomb laden twenties-era romp, and it later became one of my favorite movies of all time!  But Dad would never let me rent it.  I thought, “Dude, I am TEN, and you let me watch Basic Instinct.  I can’t watch THIS?  What is wrong with you?”  Granted I don’t let my kids watch Rated R movies, but I look back and inventory many of my favorite R rated horror/thriller flicks and realize something horrible; half of them my teen can watch now legally.  PG-13 is the new R.  What the heck happened? 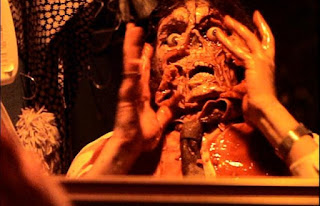 Desensitization is the word dejour for this piece, people.  We all know what it means, but for journalistic integrity, I’ll define.  Desensitization is defined as “The elimination or reduction of natural or acquired reactivity or sensitivity to an external stimulus.”  In short, we’ve been exposed to it so often we’re numb to its effects.  Granted, Cosplayers and con-goers attend so many workshops and behind-the-scenes panels that the blood and gore loses its punch in most horror flicks, and those that watch a lot tend to be able to know when the token party guy is gonna lose is head or the slutty cheerleader is gonna get killed by the garage door…but is it because we’ve been around the block and are numb to the genre’s powers or we live in the Cosplay/convention world?  Oooo…food for thought, isn’t it?

Anyway, back to the subject of film ratings.  When Michael Keaton’s first Batman film came out in 1989, it was given an R rating because of the dark/grim nature of the film.  It change quickly after to PG-13, but there was no missing the initial brand; it was there and they gave it.  The current write-ups on The Killing Joke advising that this will be the first Rated R “Bats” movie are thereby incorrect.  A scary thought that something as simple as a dark and grimy landscape could raise the rating on a film.  There are some hallmarks that will always keep a movie rated R; the nudity in Friday The 13th and some of the Nightmare on Elm Street movies (remember the girl in the waterbed?) for example.  No matter what we do, those movies will remain branded as Rated R except on the “edited for content” cable channels.  But what makes a movie change its rating over time, such as Batman?  Granted it wasn’t a horror flick, but it’s an example of a movie that changed.  How have many of the horror flicks being released today made it to such a low rating when, as you watch them, you know without a doubt that we would never have been allowed in the movie theater when we were children without a parent or legal guardian? 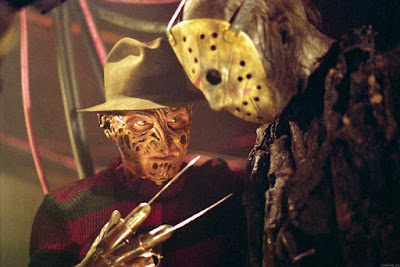 The rating system was originally set up with a basic system in mind.  Extreme gore and violence?  R rating.  Nudity?  R rating.  Anything above the “G-D” and “F-Bomb” usage?  R rating.  All well and good and makes total sense.  Most of our favorite horror flicks from the past have an R rating for this very reason and there is no way that you can get things like Nightmare on Elm Street, Friday The 13th, or Halloween to be rated anything less than that unless they put em’ on cable channels and edit out all of the parts that make them…well…viewable.  Nowadays, however, there is more gore and violence to be found on procedural cop shows on network TV channels.  Words nearly as bad as the F-Bomb are dropped on NCB and ABC regularly and are regularly dropped on shows such as Game of Thrones.  Shows like Buffy and Angel were getting away with pretty graphic sex scenes-minus the outright boob and butt nudity- before things really got hinky (or kinky, depending on how ya look at it,) on network/cable channels today.  Things have been steadily changing, so how does this affect the rating system?

Chris Klimek wrote a wonderful online article on this very subject titled, “”The Ongoing Failure of The PG-13 Rating,” that hits this subject so perfectly on the nail that it drives it straight through the board.  While discussing his own history in R-Rated video sneak in glory from his childhood years (a kindred spirit) he goes into the various ways that, while the rating system is set up in specific parameters, it does not seem to be sticking to them as years go on.  In the article he breaks down various movies from the eighties that bordered on R rating (or were initially given one) and were changed later on.  Klimek discusses some of the different aspects of the rating system and what they use to gauge it and how it differed then to now, plus examples of movies that fit the bill for the border between R or PG-13.  And he discusses my point in this article as well in regard to the confusing nature of the MPAA’s tolerance for more and more of the things that in our childhood you would never have found in a PG-13 flick. 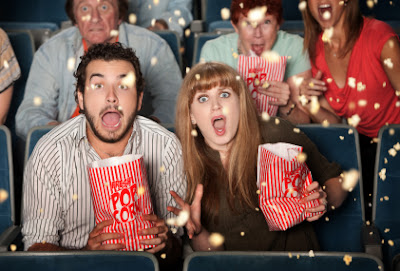 Let’s look at the Friday The 13th movies.  More nudity than you can shake a stick at (oh, get your mind out of the gutter.  Just because I said nudity you heard in your head a DIFFERENT kind of stick.  Ya pervert.)  Drug usage was prevalent as well as alcohol usage.  Language was far from trimmed down.  That is what earned one of our most beloved horror franchises a permanent R rating.  The rating system used by the MPAA state that PG-13 ratings will allow nudity briefly as long as it isn’t sexual in nature.  They will allow moderate language, but more than one use of a strong expletive such as the F-Bomb grants the movie an auto-R rating.  Violence is acceptable as long as it isn’t “realistic” or “persistent.”  Now as we have seen with Mr. Vorhees, arrows through the head, an axe through the back, boffing your naked girlfriend while screaming repeated F-Bombs mid-orgasm…yeah, you won’t get anything less than R outta that.  This type of behavior was what got the rating during the days of parachute pants and Michael Jackson, however the above listed details are the updated MPAA guidelines.  Things have changed.  You take a movie like “The Grudge,” “The Woman In Black,” or even “The Ring,” and place in the middle of the break-dancing era and I would be willing to bet that anyone under seventeen wouldn’t be allowed to set foot inside.  Why is that? 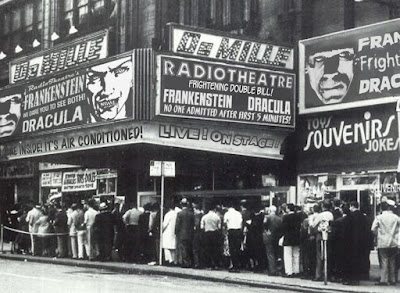 We’re back to the whole desensitization word again.  Society has morphed over the years.  Where it was once safe to walk down the street as a child you can’t even do that as an adult without mace, a cell phone, and a loaded Glock.  Registered sex offender lists and online stalkers, increased attention to terrorist attacks and an increase in public safety…the world we live in now isn’t the world we lived in when Krueger haunted our nightmares.  They are showing dramatic videos on the news from bombings in foreign countries and the snuff films from executions of hostages; real world violence has become so mainstream that the fake stuff just doesn’t do it for us anymore.  And since the MPAA is made up of a voting committee of regular humans that are just as desensitized as the rest of us that confirms that Chris’ article holds some serious weight.  You have to wonder, however, which side of the coin is the right one to flip for?  Is the MPAA failing because they are tolerating more in modern day society that they shouldn’t, making horror movies a bit too accessible to the nightmares of children?  Or are those that sit on the MPAA committee just as desensitized to the violence, gore, and mayhem as we are, and they are simply watching and rating the movies with blinders on?

For those of us that have grown up and now have kids, it just makes it that much more difficult and means that we watch the same movie twice, even if we didn’t like it the first time:  Once to screen the PG-13 goodness to see if it is appropriate for the kids, and a second time if it is to take them along for the ride.
Posted by C.S at 6:38:00 AM