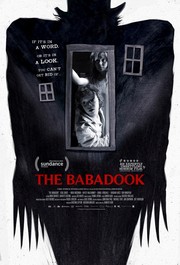 I recently read an article about horror movies that really offended me. It claims to be about the movie The Babadook which is the only reason I checked it out in the first place. It wasn't really about The Babadook, but it had other things that kept me reading. Other things that pissed me off. You can read the full thing here, but if you can't be bothered I'll sum it up for you. Horror movies are stressful, and you're more likely to be a bad person if you like them. I mean, okay I may not be the best person, but I don't think I'm a bad person. I'm certainly not the kind of bad person that this article describes. The writer goes on to make several pseudo-scientific points so I'll address them each in turn.

A person who loves horror movies is more likely to lack empathy. 200 people who had been to see a horror movie on a date took part in a "study". People who were more empathetic reported having a tough time sleeping or felt distressed after a scary movie. There's a link in the first article to this "study", but I wasn't authorized to view the full research paper. All I was able to see was some drivel about people reacting to horror movies in stereotypical ways based on gender. Perhaps the author could see the real paper, but I don't see anything about empathy levels in horror fans. So I guess my first problem with this part is that the author linked to an article I can't view so I can't tell if these claims are correct. But then there's the fact that she references things that don't even seem to be covered by this research. It seems like more of a broad generalization based on the feelings of someone who doesn't like scary movies.
You're also more likely to be aggressive and thrill-seeking. The next study supposedly shows that of 470 teenagers those that rated violent cartoons as funny were were also considered aggressive by their teachers. The material linked to the article actually seems to agree with the author's claim this time, but since I wasn't willing to pay to view the full study I'll never know for sure. The study also showed that the kids who liked violence weren't very sociable. I love violence, but certainly don't seek any sort of thrills. I guess that could also depend on what you consider thrills. A second study in this section says that students who liked scary movies wanted to watch an autopsy performed or would slow down to watch a car accident. Does that qualify as thrill seeking? Everyone slows down at car accidents. There are multiple accidents clogging the Atlanta highways every rush hour, and I assure you that those hundreds or cars slowing down for a peek are not looking for dead bodies. They're mostly just jerks who don't know how to act in public or want a good story for why they're late to work. I have absolutely no desire to see an autopsy. Unless it's an alien. The next few really get my goat though so let's move on. 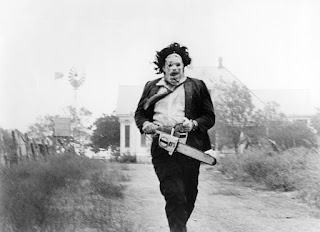 If you like horror movies you're probably also a man. This time, the study with research we can't view shows that men claim to have less negative side effects from watching scary movies. Women seem to be more likely to sleep with the lights on, look away/leave the room, or feel general fear/anxiety. What a bunch of crap. I'm pretty sure I'm not a man, and I don't do any of those things. Articles like this reinforce negative stereotypes, and make insulting gender based assumptions. Although I can kind of see where that aggression thing from earlier comes in to play. I'm feeling fairly aggressive towards the author of this article right now. Women CAN watch horror movies without doing so behind their hands. These broad generalizations about broads are really starting to tick me off. The next one bugs me even more though.
The last and most insulting thing you're "more likely to" do if you like horror movies is to be a man with a frightened woman. There's another link to another study, but I can't even be bothered to look at these things anymore. This study said that men had a better chance of enjoying a horror movie if the woman they were with was upset by it. That's just wrong toward both genders. Sure, stereotypes do exist for a reason, but I thought we were supposed to be living in enlightened times. Boys can play with dolls, and girls can play with trucks, but we can't get away from the 50's mentality of dating? And they should have also asked the women if they had a good time going to movies with assholes who enjoyed their fear. My guess would be no.
This is all even more irritating seeing that the author of this article is a woman. She makes it fairly clear that she doesn't like horror movies, but because she doesn't seems to mean to her that no other woman can either. Or if they do something must be wrong with them. The most amusing study of all is the one that shows people have a higher concentration of stress hormones if they watch The Texas Chainsaw Massacre than if they sit quietly doing nothing. Well duh. Stress hormones are higher doing just about anything than if you're not doing anything. I'm probably more stressed out writing this right now than if I were chilling out in a quiet room. Studies also show that authors who do shoddy research disparage things they don't appreciate or understand. I'm going to go watch some the Halloween marathon on AMC. Could someone come over to hold my hand in case I get scared? 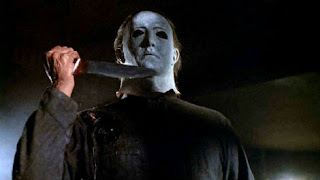 Speaking of AMC it's time for Fearfest. Here are a few of the marathon highlights coming up. Because SyFy can suck it.