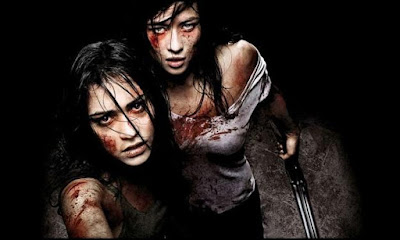 Halloween is fast approaching and I've decided to make the most of it this week. I've got a trick or a treat, depending on your level of mental stability, in store for you on this edition of Devlin's Domain. This won't be for the faint of heart, so I'm giving fair warning to those with weak stomachs or weak minds. If you find films like Saw, Hostel, Henry: Portrait of a Serial Killer, and Last House on the Left to be horrifying or disturbing, turn back now. If you find films like those to be tame and are searching for something to push things to a true extreme, look no further. This is your unlucky day.


In recent years I've been let down by the horror offerings coming out of the U.S. and have been spending more time exploring foreign films. American cinema is against taking risks and is more about making safe investments. They go for films that follow a strategy that has already proven successful. The outcome is a bunch of lackluster, cookie-cutter bullshit. The audience is partially to blame, because they continue to pay money to see the garbage. They fall for the marketing, the good looking cast and familiarity. Meanwhile, a few smart and original films fall into obscurity due to lack of promotion and limited release schedule.

One film that comes to mind is Paranormal Activity. I saw the first in the theater, because I love horror and fell for the "audience reaction" trailers. I can't figure out how this boring, uneventful film has managed to spawn so many sequels. I can see that maybe the first movie made good money, but after disappointing so many, why would the sequel draw anything? Obviously these films are made for pop culture audiences. People who watch commercialized movies to kill a Friday and have no appreciation for the art of film.

I wish I could see a real audience reaction to today's film. A film that no American investor would likely fund. A film that most movie goers could barely stomach. A film that's concepts are too deep and original for the mindless, happy consumer. A horror film that actually forces you to feel emotion. You will never forget: 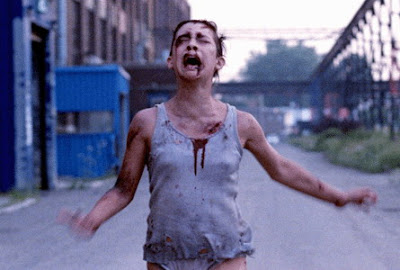 The movie centers on a woman, Anna, who has been held captive and tortured for reasons unknown. She manages to escape and years later decides to seek out her captors. She's accompanied by her friend, Lucie, who is also a victim of abuse. The escape scene is particularly striking to me for some reason. It's just a very realistic image of her bald, bleeding and barefoot, running for her life. I've seen the same image in plenty of movies, but this was the only time it ever felt real. 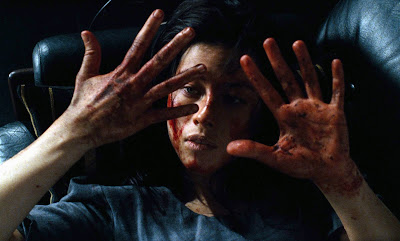 The two eventually discover the whereabouts of the people who tortured Anna and are ready to take revenge. The target is an unexpectedly normal family and it really throws a curveball. After seeing Anna's complete decimation of this seemingly perfect family, my first thought was, "This shit is badass!". 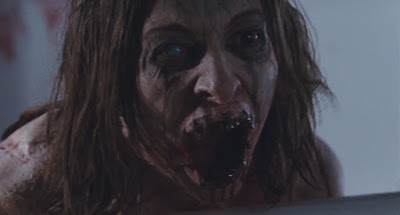 After dealing with the family she starts to get attacked by a ghostly apparition. We see the entity from Anna's perspective, but it is unseen by Lucie. The ghost like creature repeatedly tears into her flesh. These scenes actually made me cringe a little, and that's saying a lot. 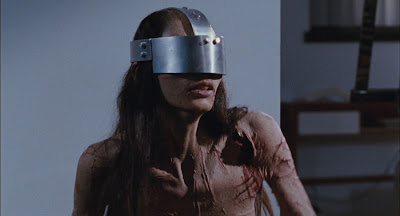 Further exploration of the house leads to the discovery of other captives. The one they try to help is extremely depressing to look at. She's completely malnourished, shackled and scarred. The makeup and effects in this are top notch. It's very uncommon for me to sympathize with fictional characters, but this really got me. 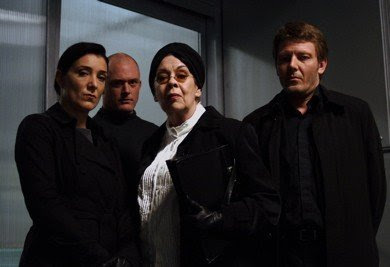 Unfortunately I cannot proceed further into the plot. I hope my praises and a peek into the opening are enough to encourage you to see it. There's a midway plot twist that I dare not give away. You must see this movie if you want to know what kind of batshit crazy fiasco it turns into. Trust me, it's totally worth it. This is the horror movie that all modern horror movies should strive to be. Even if you're not huge into horror, the concepts of this film are so compelling I think it could cross genres. 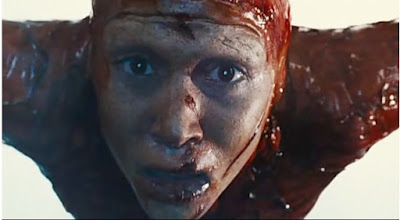 I would also definitely recommend checking it out before the dumbed down American remake comes out. Otherwise, you may end up seeing the American version first and be extremely disappointed. Given the track record of American remakes of foreign films it's not looking too bright for this one. Like I said before, mainstream audiences can't handle this kind of stuff so it's going to get toned waaaay down. Don't cheat yourself, see the original.

IMDB serves up a 7.1 rating, which is pretty damn good for a film like this. The level of brutality and violence alone seems like it would turn people away. My personal score is a 9.5. That's damn near perfect, so make it a priority this Halloween to see this awesome movie. I can't recommend it enough.

Stay tuned next week for the last installment of Devlin's Domain in October. Also, make sure to check out all the Needless Things posts for the 31 Days of Halloween. There's lots of good stuff on here. See you next week.

About Me: I have a couple of different aliases, but for this column I will use my middle name. I am Devlin and I currently reside in Atlanta, GA. 32 years of age and still feeling immortal. Former Rockstar, current Pro Wrestler and hell, I'm still a Rockstar at heart. I got my first taste of obscure cinema when I was about 8 years old. My Dad would take us to the video store every weekend to stock up on classic horror films to watch on his projector. They were mostly harmless, PG-rated horror films like the great Universal monster movies. Then one night he rented a movie for himself to watch after we had gone to bed. I was so intrigued by this film that I wasn't allowed to see. I begged and begged and he eventually caved. That night I was exposed to a film unlike anything I had seen before. Ever since that night I wanted to find more films that gave me that same sensation. I wanted to feel shock and disgust. I found my place in the Horror aisle. The film I watched was Faces of Death. Thanks Dad.
Posted by Devlin at 8:34:00 PM