This isn’t one of those April Fools posts where I try to convince you I’m quitting the dorkery game. But I do think that’s a funny title, coming from me.


This is going to be about why I’ve stopped collecting specific toy lines over the years. The idea came to me because I am now looking at the end of around twenty-seven years of collecting Star Wars toys. As a kid I was introduced to Kenner’s Star Wars line and from 1978-ish through probably 1984 it was my main line. Hasbro rebooted the line in 1995 and I have been collecting ever since. But I have – aside from a few deviations – been a staunch 3.75” scale collector. To me, Star Wars toys require vehicles. And even though Hasbro has made Speeder Bikes and TIE Fighters for the 6” Black line, that scale will never see the number of vehicles that the post-1995 line has offered.

So here’s the deal: 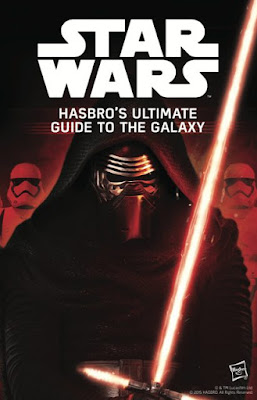 Hasbro is launching a massive new line of toys for the franchise at midnight tonight. I'm not going, and here's why: 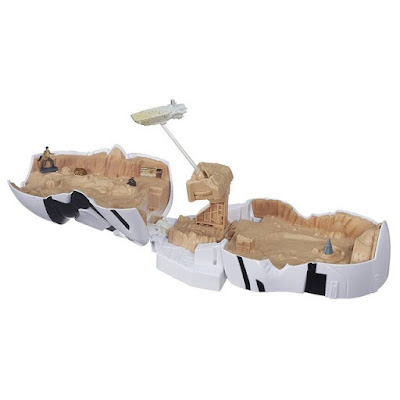 UPDATE: Jedi Insider published the full list of products that will be available at launch. There are no fully-articulated 3.75” scale figures mentioned.

$9.99 is my limit for 3.75” figures. I simply cannot justify paying more than ten bucks for a standard retail release figure. Obviously there would be exceptions, but as far as collecting a line – which to me means buying any release that is a new character that I want (I am nowhere near a completist) – when you go over ten bucks, I am out. Just like twenty is my upper limit for 6” figures. And paying that makes me super choosy. 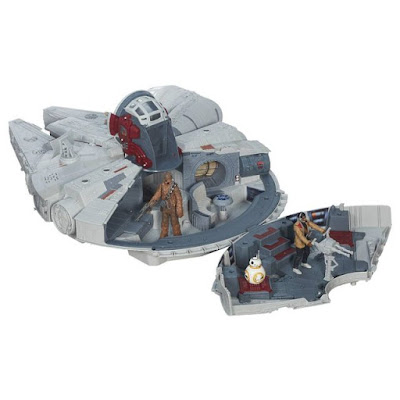 Side Note: Every once in a while I’ll get a little more excited about a specific post and I’ll actually do some… research. It doesn’t happen often, but it did this time. I did a little checking and discovered that prices on Star Wars merchandise through the years haven’t exactly been consistent. For example:

In 1979 the Death Star Playset was $17.99(!). That’s $62.40 in 2015. Such a playset now would easily top $100, if not a good bit more. Playmates’ recent Teenage Mutant Ninja Turtles Sewer Lair has been anywhere from $100 to $180 depending on the retailer and time of year, but a modern Star Wars playset would require a lot more detail and paint than the Turtles’ home.

$14.99 in 1978 would get you an X-Wing Fighter with a light-up bulb in the nose and buzzing noise. In 2015, the equivalent - $56.68 – would actually get you a much nicer version. Probably not the most recent models that included figures, but I don’t think a modern update of that first X-Wing would go over thirty bucks.

Kenner’s original Wampa came out in 1982 at $8.99. That’s the equivalent of $22.46 today. You can almost buy the new set that includes 6”, fully articulated versions of the Wampa and Luke for that price.

Finally, the AT-AT retailed for $47.99 in 1981 when it first hit shelves. Nowadays that’s $130.58. The last AT-AT that Hasbro put out is one of the finest and most detailed vehicles ever released and is much larger than the original Kenner version. It retailed for $149.99 – a comparative bargain.

I could go on and on, but I don’t know if you find all of this as interesting as I do. I suppose my point is that we’ve actually got it pretty good. We’re getting far superior toys – even the current 5 POA figures are much nicer than Kenner’s – for marginally more money. In some cases less money. 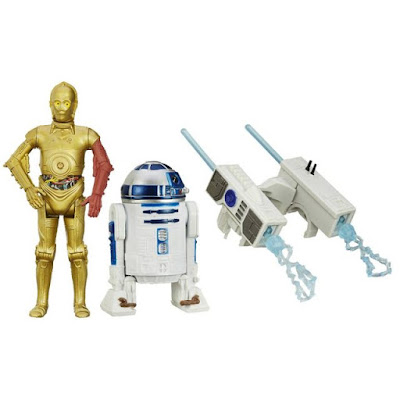 Of course, if Hasbro isn’t even making figures in the style and scale I want, that eliminates choice from the matter. Obviously I’m out if that is the case.

And if I am out, then I’ll live. Of course I’ll be disappointed to not add any post-Disney-buyout characters to my collection, but I have hundreds of Prequel and Original Trilogy and Expanded Universe and whatever else figures and vehicles. The root of Star Wars is very well represented in the Phantom Zone and if it is done, then so be it. I’m sure I’ll still pick up older figures I’m missing here and there, so the hunt isn’t entirely over. 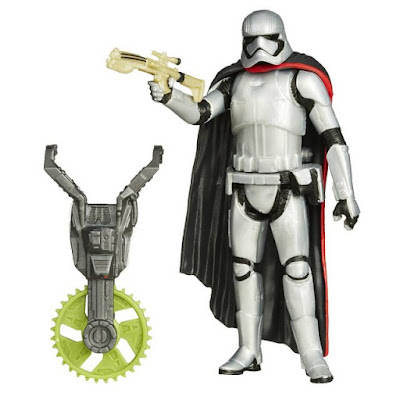 As far as the new 5 POA figures go, I think they’re awesome. They have great sculpts and paint jobs and are a fantastic value. But they do not go on the shelf with the better-articulated figures. Well, mostly. There are some droids and possibly creatures that will look fine, but the majority of figures just won’t work aesthetically with what I’ve been collecting for the past decade.

So I'm not going to Toys R Us tonight. It would be a different story if I could take my son, but I'm at Dragon Con and he has school tomorrow, so that just isn't happening.

Contemplating all of this led me to think about the first time I ditched Star Wars (as opposed to it ditching me, which is the current situation). 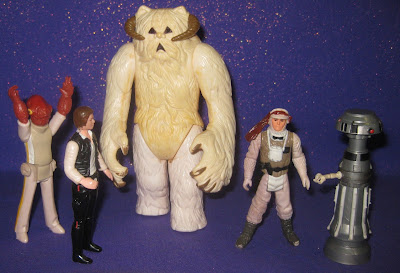 I was so happy with my Star Wars toys. Boba Fett, C-3P0, Han Solo, 2-1B, Lobot, the Millennium Falcon, Slave-1, the Rebel Transport, and of course the Death Star and Darth Vader’s Star Destroyer were among my favorites – I had just about everything up until 1984. My parents are not dorks by any stretch of the imagination, but Star Wars fever was undeniable and it probably helped that it was really the only line I wanted toys from.

At least, until a new toy came along that could do all kinds of exciting things that my beloved Star Wars toys could never dream of doing. Things like bend their knees and elbows. And straddle vehicles and mounts. And wear removable helmets. And point their weapons forward.

I first saw GI Joe: A Real American Hero action figures in an Eckerd Pharmacy in 1982 and my toy collecting life would never be the same again. I’ve talked about it before here and on the podcast and on panels, but the massively improved articulation of the figures, the detail of the vehicles, and the fact that my Army dad approved of the toys all combined to capture my heart. 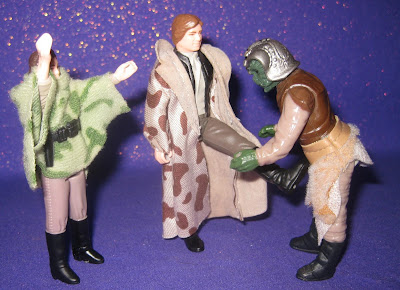 Star Wars was saved by virtue of the release of Return of the Jedi in 1983. A slew of new characters and vehicles were introduced; enough to keep me interested despite the big GI Joe-oriented Christmas I had just had. But once the Jedi hype died down, GI Joe had a cartoon and a comic book to keep it going strong. I can look at the production dates of Star Wars toys and tell that I stopped getting them by the time 1984 had begun.

Of course, eleven years later Hasbro would relaunch the Star Wars toy line, causing mass hysteria among toy nerds. But I’ll get into that on another day.

In future installments of this column I’ll talk about the World’s Greatest Superheroes, Teenage Mutant Ninja Turtles, GI Joe, and probably some modern lines. Stay tuned!
To hear more about Star Wars, Mego, and other toys be sure to show up for Needless Things Presents: Toy Stories at Dragon Con! It’s Friday at 4 PM in the Marriott M303-304. 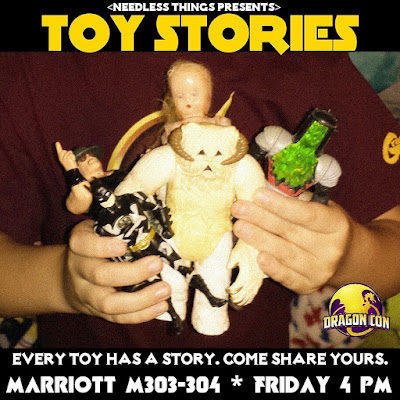 Everyone has a toy story.
Join Phantom Troublemaker and a selection of special guests as they share reminiscences about the playthings they grew up with. Each speaker will present a tale attached to a specific toy from their life. Members of the audience will be asked to share as well, so be sure to bring that My Pet Monster or Green Ranger with the broken leg or pristine Strawberry Shortcake that you can’t bear to take out of the box.
There will be prizes!


If you can’t make it to the panel, you’ll be able to hear it on the Needless Things Podcast in September after Con! And be sure to check back in with Needless Things for future installments of this post.
Posted by Phantom Troublemaker at 4:00:00 PM