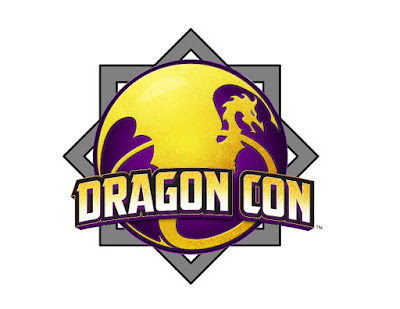 With less than a week to go until Dragon Con my biggest problem is this: Tea Dueling or Elf Choir? The Warehouse 13 cast or Karen Gillan? Doctor Who New Series Review or Star Trek Fan Films? That’s right - the Dragon Con app has updated, most of the fan tracks have posted tentative schedules and I’m already anxious, excited, heartbroken and tearing my hair out.

Here’s what I’m most excited about for Dragon Con 2015:

Inside the Actor’s Gaffe: Julian Glover (Friday morning) – You may not recognize the name but you know the face. He was the bad guy in Indiana Jones and the Last Crusade, General Veers from the beginning of The Empire Strikes Back, and a dozen other fantastic roles over the years. I get more excited about seeing actors who have played smaller but significant roles over the years than the bigger named actors at Dragon Con. Not the least because their panels are usually smaller and more personal.

Elf Choir (Friday evening) – Every year the Tolkien Tracks hosts the Elf Choir, an hour long session in which the audience is divided into the basic voice groups (alto, soprano, tenor and bass) and learn some of the Elvish songs composed for Peter Jackson’s Middle Earth saga. It combines two of my loves: singing and fictional languages.

Tea Dueling (Saturday afternoon) - Tea dueling may sound like a head-scratcher but for someone obsessed with tea, Victoriana or British culture it’s the most awesome thing ever. Two duelers sit across from each other at a small table with a small cuppa (that’s cup of tea for the non-Brit). Each holds a biscuit (cookie) between two fingers. They dip the biscuit into their tea, hold it back up and see who can hold out the longest before achieving a nom. What’s that? A clean nom means you get the biscuit into your mouth before it crumbles. The whole event gets quite rowdy.

Truly Outrageous: Women of Science Fiction (Saturday afternoon) – The name says it all. This is a panel I’ve wanted to go to for years but it has always been beaten out on my schedule by something else. This year I’m going!

American Ninja Warrior (Saturday evening) – Yes! Even this is at Dragon Con. I get excited about going to panels that I know my family and friends would enjoy so I can take back pictures, video, etc. I have three young neighbors who are obsessed with this show. If I could bring them back some special pictures they’d be over the moon.

Earth Station Who Live (Sunday morning) – I’ve been a fan of the Earth Station One podcasting network since I attended a Doctor Who panel some of the hosts moderated at Dragon Con a few years ago. This year they’re tackling the question “Is the Doctor a good man?” I love the hosts. I love the discussion. I’m totally there.

Melinda Snodgrass (Sunday morning) – Melinda Snodgrass wrote the screenplay for the iconic Star Trek: The Next Generation second season episode “Measure of a Man.” I love listening to authors describe their work – especially for one of my favorite TV shows.

Warehouse 13 Cast Panels (at least once every day) – Because Eddie McClintock is the man. He loves Dragon Con. He loves the fans. It wouldn’t be Dragon Con without going to one of his panels.

Obviously there’s a lot more that I’m looking forward to. I also plan to check out the Live Astronomy in the Space Track, go to some author signings, pick up whatever sessions I can about the upcoming Star Wars movies, hit the rooms in the basement of the Hyatt where they play genre movies throughout the weekend and take whatever time I can to check out costumes in the Marriot. Maybe I’ll see you there!