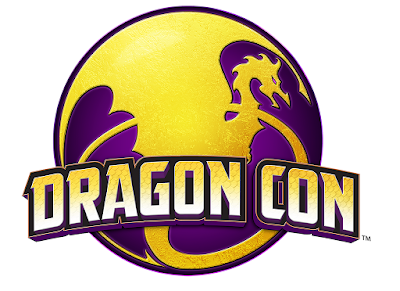 We're pretty lucky as geeks when it comes to conventions. In the past when I was growing up, there were only a few conventions that catered to geeks, and they were normally held in the summer. Now we have conventions throughout the entire year all across America and the world. One thing that drives me nuts though is when I go to one and see a lack of convention etiquette by other geeks. Some of the rules I like to live by at cons are just common manners, but others have come around just by observing how people act at cons. This is something that my brother and I talk about quite a bit when we're at a con as the actions of some con goers drive us crazy. Here are some of my rules for convention etiquette, broken into sections.

When you arrive at your hotel for the convention, make sure that you unload your car as quick as you can. If there's a porter helping you, lend him a hand. I can't tell you how many times I've seen lazy people pull up in a van packed with costumes, food, and clothing, and then sit back and watch the porter spend ten minutes unloading it. If you don't lend a hand unloading, then you're making other people behind you wait. The same is true when you're leaving. Help the porter load your car so everybody can get out of there as quickly as possible. Also, tip each porter that helps you. Don't be a tightwad and show them some appreciation.

When getting your badges, make sure that you have all the proper documentation that you need with you. Bring proof of purchase if you paid over the internet and also have your ID and any documents that the convention mails to you. If you're missing something, check in advance with the convention on how to address the problem. If you're not fully prepared when registering, then you're just making everyone else wait longer.

Panels are the lifeblood of any convention and where we get to hear our favorite actors and authors speak. Most of the time, there'll be a Q&A towards the end of the panel. Here are some convention etiquette tips to make sure everybody has a good time. 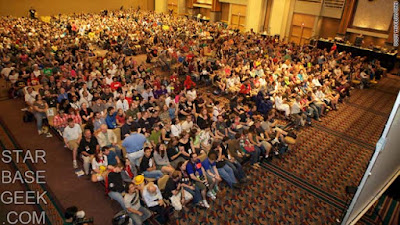 This ends the first part of our convention etiquette guide. Is there anything I missed? Do you think I'm insane for these suggestions? Let me know in the comments below and I'll amend the guide.

Jeff Francis has been a lifelong geek, be it for toys, comics, games, Star Trek, D&D, classic horror, or Doctor Who. He once owned a game shop for over a decade and has been an online gaming journalist for over seven years by the moniker of Jeffprime. You can visit his personal website at Starbasegeek.com to read more of his mad ramblings.
Posted by Phantom Troublemaker at 11:00:00 AM