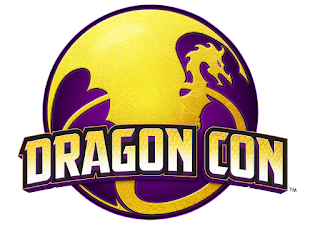 I recently got the chance to ask the Head of Media Relations for Dragon Con, Dan Carroll, a few questions. He's been at this for awhile, and is clearly very passionate about Dragon Con. Hope you enjoy his insights, and stayed tuned for more interviews soon. 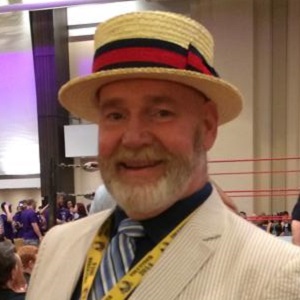 Thank you for taking the time to answer a few questions for us. With less than a month left until the con I'm sure you're very busy. We're gearing up for a big few weeks at Needless Things heading into the con, and it's great to have you give us a little more in-depth info. I just want to ask you some questions to find out a little more about you and what you do, what to expect from the con this year, and anything our readers should know before heading downtown.

What do you do for Dragon Con, and how long have you been at this?

I am the Media Relations Director for Dragon Con.  This is my seventh year.  My job entails managing media requests, arranging interviews, and being the spokesperson for the event. I get to talk to reporters about costumers, comics, and everything else that is part of Dragon Con.


What drives you do keep doing this year after year?

It is a combination of factors. If I didn't have this role, I would spend all year talking about Dragon Con anyway. Now I get to do it on TV and radio, and that's pretty cool.  But, also the sense of responsibility to the attendees is important.  The reason I would be talking about Dragon Con is that it continues to be the most impressive, successful fan run event in the universe.  With 100 stars in the Walk of Fame, 400 guests total coming from entertainment, comics, science, literature and music, 2300 volunteers, and 65,000 total attendees...it's just like nothing else.

In a way Dragon Con represents the apex of the fan experience in the Southeast, if not the world. To know I am trusted to be the public voice and face of the event is humbling. It's a trust I take very seriously.


Dragon Con is a volunteer run convention correct? How does that make it different from other conventions of it's kind?


Dragon Con has changed a lot since I first attended in 1991. What are the biggest changes you've seen in your years with the convention?

I started at Dragon Con 2006 when we have three hotels.  We are now in five hotels and AmericasMart. It's been a lot of growth.  Tracks have been added where popularity grows, other tracks have been merged.  The growth of the parade has been phenomenal.  But, I think the biggest change has been how the City of Atlanta, the local media, and the Atlanta Convention and Visitors Bureau has accepted Dragon Con and our attendees as part of the cultural landscape.

The bigger Dragon Con gets the more it spreads out into other areas. Are there plans to keep expanding?

If I answered that question, what surprises would we have for next year?


Even on Sunday last year Americas Mart was breathing room only. How big do you see Dragon Con getting?

We have moved to AmericasMart Two which will provide more room. I wish I was a fortune teller and could predict the future, but I leave that in the hands of those who run the convention. I am just the guy who gets to tell the world how awesome it is.

You've probably seen and met a lot of big names over the years. Who are you most excited about seeing this year?

I am a big fan of comedy, so seeing the guys from MST4K is a big treat. Also the Doctor Who guests this year are very exciting for me. And, Monty Python! Mostly I am looking forward to just enjoying the crowds enjoying themselves. Honestly, the guest list is particularly nerdy this year and it would be hard to pick out  specific people!

Are there any tracks or panels that you're particularly interested in this year (not that you have a lot of time to spend at panels)?

Most Dragon Con directors realize early on that they will not be attending panels during Dragon Con. We are there to create the best entertainment experience for attendees. I like to make stops in the Alternate History Track, Star Wars Track, and get to see some of the main panel programming.  I am relatively free in the evenings, so I enjoy the costume contests, particularly the Masquerade. This year I am going to the Aquarium, which I am very excited about.

I spend a lot of to time in the Pop Art and Comics Alley and Art Gallery.

But, the other thing about Dragon Con: it's a family gathering. I am usually most excited about seeing my family from California and other states!

What's the craziest con story that your allowed to tell?

Well since my area is media (reporters and photojournalists), my first year I was called by the senior leadership to be told that one of the reporters had been stopped by the hotel security for spitting into the Marriott main floor from the 47th floor. Her badge was removed and she was sent packing.  First, don't think about spitting off a balcony, security will be there immediately. Second...it was a young woman who had presented herself as a professional.

Is there anything else that convention goers should know?

Download the app, use the app!  Make a plan of attack for Dragon Con and then be willing to let it slide as needed when wonderful things present themselves to you.

There are 100,000 individual things I could recommend...events, panels, interactions, photoshoots.  Do some research and find what talks to you.

Why with the spitting people? Amateurs...
-Beth