I’ve said it many times and I’m going to say it again now - the costume community is the single most important fan group at Dragon Con. And I’ll say it again next year, too.

Obviously every aspect of Dragon Con is important – the fan Tracks, the celebrity Guests, the gaming, the artists. The biggest event of the year would be critically lessened by the absence of any of these. But for me the true magic of Dragon Con comes from the immersion in a world of like-minded people. And different scenery – people walking around in costumes – is the best and easiest way for that to happen.

How can you possibly think about your lousy day job when a group of Jedi are crossing the street? Are you going to worry about your mortgage with a bunch of elves hanging around the bar? When you’re standing in the middle of the Marriott surrounded by wizards, Muppets, robots, superheroes, Time Lords, and monsters the dreariness of our mundane world just melts away.

For a few days, anyway.

I had a fantastic conversation about costuming and cosplay on Episode 67 of the Needless Things Podcast, but now I want to get specifically into what we’ll see this year at Con. Every year I predict what will be the biggest costume trends at Con and every single year I absolutely nail it.

While I like to the think of myself as a pop culture commentator (and occasionally a wrestling one), I tend to stick to what I know and like. It turns out that is but a small portion of the massive universe of genres and geek interests that are happening today. Also I am an old, old man and I have no idea what these kids today are into. Pokémon, right? Isn’t that what the girl in the shorts is from?

Anyway, here are my picks for some of the biggest costuming trends this year, as well as some stuff I’d just like to see. If you’ve got your own thoughts on the matter, you can comment below or, even better, join the Needless Things Podcast Facebook Group and get in on the conversation! Let us know what you think!

Thanks to the Apocalypse Rising Track we already see a good amount of spiked assless chaps and metal bras every year, as well as a massive presence in the not-to-be-missed Dragon Con Parade. But with the runaway success of Mad Max: Fury Road I think this genre is going to take the prize for the best represented. Not only is this style visually striking, there are vast possibilities for costumes and original creations beyond any familiar characters. Not only does this allow for more creativity and freedom, it means that you can basically choose your budget. This is a style that utilizes clothing and items from the world we live in and has many tiers of skill level and intricacy as far as building costumes goes.
To sum up, Fury Road was huge and pretty much anyone can make a decent-looking post-apocalyptic costume. We’re going to see a ton of this stuff.

Wrestling seems to be on a bit of a mainstream upswing right now thanks to Brock Lesnar’s high profile and Stardust’s current feud with Arrow star Stephen Amell. And, unfortunately, we have lost two of the biggest names in the history of the business in recent months – Rowdy Roddy Piper and Dusty Rhodes. I think the spotlight is on my favorite sport right now more than it has been in the last decade.

Every year I am delighted to see more and more guys dressed up like Macho Man, Jesse Ventura, Ric Flair, and more and I think this year is going to be bigger than ever. Heck, the DCW wrestlers themselves might have to work extra hard just to match the pomp and circumstance of these guys!

The Last Man on Earth

I would love to see some couples dressed as Phil and Carol. They’d be easy costumes that would only need a few subtle but specific items to be recognizable. 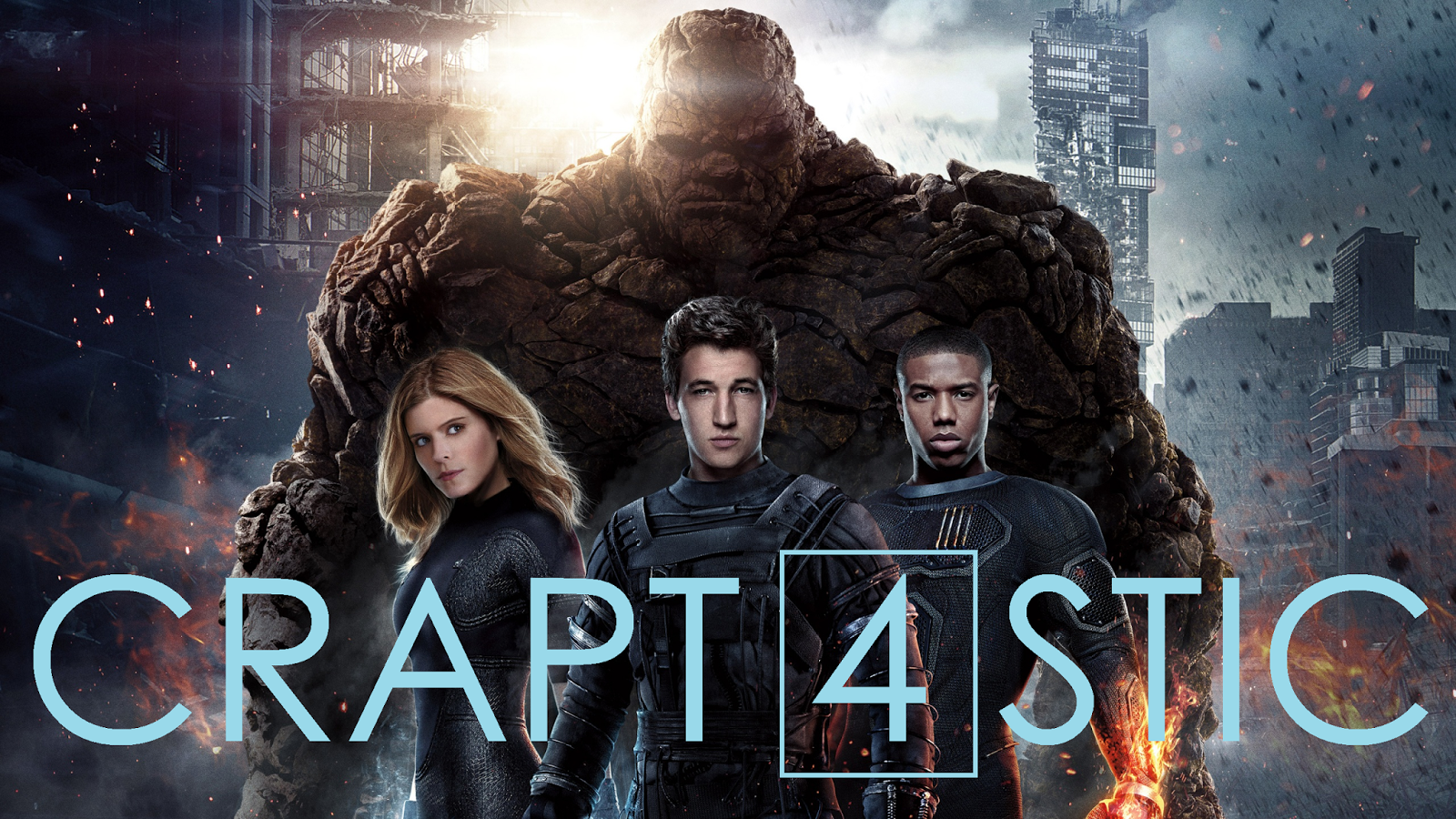 Surely this has to happen. While I’m honestly not sure I would recognize any of the characters if I just saw them out at the Hyatt or somewhere, this show was so amazing and fun that I can’t believe there wouldn’t be a contingent of folks representing. At the very least the most handsome man at Dragon Con should be dressed as Jean Hamm.

I know for a fact that people do costumes from the Arkham games because I’ve seen them online. But only online. I don’t believe I’ve ever seen any in person and I want to. I was going to bring my Hugo Strange costume this year, but now I think I have another villain I’d rather do…

You guys – we are going to see so many black Daredevils. Not black guys dressed up like Daredevil, but guys in the black costume from the Netflix show. This might be the easiest possible superhero costume ever made. Granted, if you want a screen-accurate one you have a lot of work to do, but I guarantee we’re going to see tons of guys in black cargo pants and Under Armor shirts with doo-rags on their heads.

Hopefully there will be a few red suits, as well. Not just from the show, but from the comics. I’d really like to see Matt Murdock in his actual red suit from the current comic (which is a must-read comic book, by the way).

Back to the Future

There are always a few Martys and Docs running around, but 2015 is thirtieth anniversary of one of the best time travel movies ever. I think there are going to be a lot of orange vests this year. Not only that, but 2015 is the year that Marty traveled to in the sequel, so I’d bet money we’ll see a lot of those wacky fashions.

This may not seem like an obvious choice, but anytime you put a cute, charismatic redhead with a striking wardrobe on TV or in a movie, girls are going to want to dress up as her. It doesn’t hurt that the show was pretty great, too. I bet we see more than a few Kimmys and probably a Titus or two, as well.

Actually, this show is rife with costume possibilities for the larger black man:

Why would I even mention Star Wars? It is massively represented – some might even say overrepresented – every single year. But this year we have a new movie coming out. And it’s not just that there’s a new movie, it’s that all of us are so desperate for the dawn of this new era to be good and to rekindle our passion for the franchise that inspired so much of our fandom that there’s almost a sort of fever for Star Wars.

Additionally, the few bits of costuming and design that have made their way to the public have been very exciting. From Captain Phasma to the Sith guy to the new Stormtrooper costumes, it is all so new and interesting and yet familiar. I can only imagine the inspired glee with which the costuming community attacked every bit of visual information about these new characters.

Those are just a few costume types that I think we’ll see. Obviously I’m not even taking into account all of the standards – Star Trek, Game of Thrones, Battlestar Galactica, Doctor Who, the Marvel Cinematic Universe, the DC television universe, and all of the other places and franchises we draw inspiration from.

Here’s my advice to you – wear a costume. Maybe you’re already doing that. If so, good for you. But if you don’t think of yourself as a costume person, do it anyway. Find something you’re comfortable with. Go buy a mask or a cape or maybe even just find a character you like whose garb isn’t terribly outlandish. But dress up in a way that is different from your normal routine. Even if you just wear a suit and a funny hat – get away from yourself for a night and have fun. You’ll be surprised at how freeing it can be just to put on a different pair of pants.

You can follow me on Facebook, Twitter, and Instagram for Dragon Con news!
If you’re here checking out Dragon Con stuff and haven’t visited Needless Things before, thanks for coming by. Me and my writers post five times a week about toys, movies, music, and all manner of pop culture dorkery. I do the Needless Things Podcast once a week. And definitely come back in October for our 31 Days of Halloween! It lasts all month long and everything on the site is thoroughly Halloweeny! Each weekday post also includes a rundown of SyFy’s programming.
Posted by Phantom Troublemaker at 11:00:00 AM