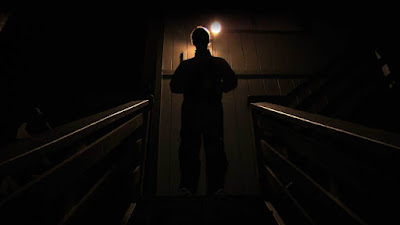 This week's review may give you the creeps. I am Devlin and this is Devlin's Domain. I hope your ready for some low budget, independent cinema.

A lot of low budget films are absolute shit, but there are a few exceptions. I like seeing how filmmakers navigate around the confines of their tight budget. The best low budget films manage to accent the positives, while hiding the negatives. One of the best examples is The Blair Witch Project. It made tons of money without spending hardly any. There's no big special effects, no gory makeup, no elaborate costumes or sets. One of the most memorable scenes is just a camera staring up a frightened woman's snotty nose. This week's film takes the same strategy to produce something completely different. It's a tale of two guys and one of them is a total... 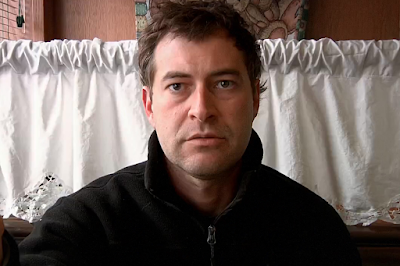 Like The Blair Witch Project, this film uses the same first-person angle approach. There's been an excess of these types of films, and not all have been stellar. Some  films are made this way unnecessarily in my opinion and would work better as a standard film. In this case, however, it definitely works.

Patrick Brice does triple duty as writer, director and star. He shares the screen with Mark Duplass, who was also the co-writer. I've seen Duplass' other films: Safety Not Guaranteed and The One I Love. They were both original, enjoyable and had a small cast. This movie is no different. In fact, these are the only two actors seen on screen through the entire film. 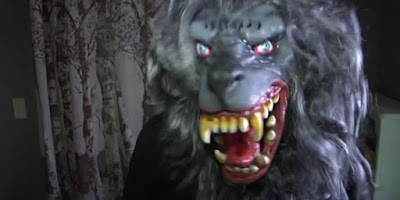 Patrick Brice plays, Aaron, a documentary filmmaker who is enlisted by Josef (Mark Duplass) to make a film. Josef claims he is dying of cancer and wants to leave a filmed love letter to his unborn child. Seems like an easy job at first, but things get creepy quick.

The first scene Josef wants to shoot is 'tubby time'. He runs a bath and gets completely naked. This makes Aaron uncomfortable, but he agrees to keep filming Josef as he pretends to bathe with his son. The creeps don't stop there.

Douglass' portrayal of this character is rather unsettling. There are some moments where he just stares at the camera. Incidentally he is staring right at you. No need for dialogue or action, his look does it all.

While digging through a closet Aaron is startled by a wolf mask, which Josef has named, Peachfuzz. Peachfuzz almost becomes a third character on screen. It's like the true face behind Aaron's thin mask of sanity. Even when Aaron wears the mask he just stares at the camera and it's still creepy.

As things escalate Aaron ends up stranded at the house and desperate to get out. He ends up drugging Josef in an attempt to flee. He calls Aaron's wife to let her know of his instability. *SPOILERS* She tells him that she's actually his sister and he doesn't have cancer or an unborn son. 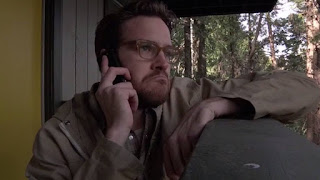 I won't spoil anything else for you. Check it out for yourself. This is one of those Netflix movies that you take a chance on when you're running out of options. As far as I know it's still available for streaming and it's worth at least one watch.

The IMDB score on this one is is 6.2. I'm gonna say that's pretty close, maybe 6.5. It's a good little thriller, but that's what's keeping it at an average rating. It's not amazing and nothing much happens. It delivers on creeps, but not scares. It pays off to get to the end to see the only effects shot they have. It seems like it sets up for a possible sequel, which I would probably watch.

If this isn't your cup o' tea then check out next week's movie review as I unravel a conspiracy.


About Me: I have a couple of different aliases, but for this column I will use my middle name. I am Devlin and I currently reside in Atlanta, GA. 32 years of age and still feeling immortal. Former Rockstar, current Pro Wrestler and hell, I'm still a Rockstar at heart. I got my first taste of obscure cinema when I was about 8 years old. My Dad would take us to the video store every weekend to stock up on classic horror films to watch on his projector. They were mostly harmless, PG-rated horror films like the great Universal monster movies. Then one night he rented a movie for himself to watch after we had gone to bed. I was so intrigued by this film that I wasn't allowed to see. I begged and begged and he eventually caved. That night I was exposed to a film unlike anything I had seen before. Ever since that night I wanted to find more films that gave me that same sensation. I wanted to feel shock and disgust. I found my place in the Horror aisle. The film I watched was Faces of Death. Thanks Dad.
Posted by Devlin at 8:19:00 PM