To NXT or Not To NXT 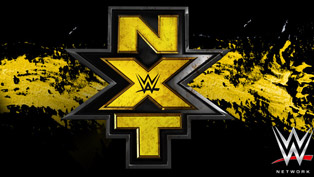 I was going to write a brief origin story about my love for professional wrestling. But like The Amazing Spiderman movie, there is really no need for me to share that. Here is the ultra quick version just for fun though. I was a fan as a little kid during the Hogan Era then faded a way a little bit. The Monday Night Wars brought me back as an adult and I truly loved it. Over the past few years I have not kept up for a couple of reasons. One reason is that I dropped cable about four years ago. That's right, I'm a cable cutter. Netflix, Hulu, & the WWE Network are my main source of entertainment which has enabled me to keep up with it much easier.

Luckily, those last two really help with keeping up with wrestling or even remembering the time when it was awesome. Of course, it also helps me remember when things were pretty awful too. Mae Young giving birth to a hand, the 2000's of WCW, ugh those were dark times in the wrestling world. While I have enjoyed the WWE Network, I don't feel that I have taken full advantage of it this year. Sure, I've watched all the pay per views but who wouldn't at the low price of 9.....oh I can't even say it. There is something that the WWE Network introduced me to, that I will be forever grateful. It's only three letters. NXT.

I've been a fan of NXT for about a year or so now. Sure I had heard about it over the years being WWE's developmental brand but just never got into it. That is until the Network started putting on the Takeover shows which are the brands big event that happens about every three months or so. Once I saw the first one, I fell in love with it. The wrestling actually tells a story in the ring with some fun, unique, and very talented characters.

At the beginning of the year something happened that made me pay much closer attention to the brand. Or should I say someone. A man by the name of Kevin Owens made his debut. Now I recognized him right away and knew that he had been around in the independent circuit for a long time. Kevin Steen is his actual name but the WWE being the WWE, they had to change it. It's not a bad name though and they play on the whole KO thing which is kind of clever. And surprisingly, I don't think that has been used before.

Kevin Owens is unique because he doesnt look like your run of the mill wrestling. He's not a bodybuilder, he doesn't wrestle with his shirt off, hell he even goes so far to as to cover up his legs while wearing shorts. But once he gets in that ring and on that mic, he immediately impresses. He just seems like someone who will legitimately beat their opponents ass. Just ask Sami Zayn.

What really made me become an even bigger fan of Kevin Owens and the WWE again was when a feud between Owens and Cena started. When Kevin Owens confronted Cena in the middle of the ring and then gave him a power bomb, I had found a wrestler to follow. I like everything he stands for, included is his confidence on later challenging John Cena at the Elimination Chamber program. I knew it would be a great match because even though I'm not a fan, if Cena has a good opponent he can put on a good match. Indeed, both men put on a spectatular match and Owens did something that no one anticipated. Owens beat John Cena cleanly. No screw job ending or someone interferring, just Owens pinning Super Cena for the One, Two, Three.

Owens isn't the only reason to love NXT though. There are so many great wrestlers that are finally getting their big break. Neville, who went by Adrian Neville is now on the flagship shows of RAW and Smackdown. I don't know why they dropped Adrian from his name but I think just the name Neville sounds like they are forgetting to add Longbottom for his last name.
-Sorry for the random Harry Potter reference-

Another NXT wrestler I love to watch is Finn Balor. With a cool name and even cooler entrance music, he is tough not to like. His wrestling style is pretty awesome as well with a cool off the top rope stomp to the opponents chest. Something else that separates him is that on the big shows, he wears....I don't know how to describe it, a costume, I guess. Each time its a little different with different accessories added as well as face paint that usually spills down his chest and along his arms. Some people don't like it but I think its what makes him different and makes him memorable. 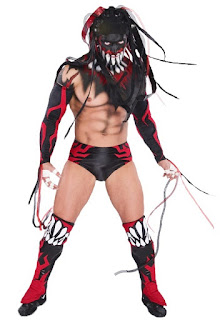 Enzo Amore and Collin Cassady are two more wrestlers that I root for when they are on my screen. One would think they would get on my nerves, especially Enzo Amore but there is something about him that makes me play along when he does his promo work. I find myself saying S-A-W-F-T which if you have never seen him you will not know what I'm talking about. Of course if you have heard him, then you probably said it in your head the way he does. They are an odd tag team but have a chemistry together that just works.

Sami Zayn, who I mentioned earlier with Kevin Owens is another one who is outstanding. A smaller guy but is incredibly athletic and does things in the ring which I have never seen before. He too has been around for a very long time but only recently got a break by fighting John Cena on an episode of RAW. He's currently out with a shoulder injury but hopefully he will be back and making his way into the main event scene which he has rightfully earned.

Corey Graves is another one that is a big reason I enjoy the NXT product so much. I would go on to tell you how great of a wrestler he is but that's not why I like him. You see when I saw him a few years ago he had a good gimmick, was a good wrestler and had a ton of potential. That is until he announced that he was no longer able to wrestle. I am sure that was crushing news for him however, we the fans have benefitted. You see, he has joined the announce team and is in my opinion the best announcer the WWE currently has. He is very knowledgable about wrestling and is a great commentator. As an added bonus he now has a show on WWE Network called Culture Shock that I have been thoroughly enjoying.

There are others to mention like Adam Rose, Tyler Breeze, and the newest addition to the roster Samoa Joe. Samoa Joe is someone who I have been a fan of for more than ten years and I think is one of the best wrestlers in existence. I won't go into too much detail on his current NXT run because it hasn't been much of one because its been less than a month at the writing of this article. Let's just say when he showed up to confront Kevin Owens that a girly squee could have been heard in about a mile radius from my house. It may or may not have been from yours truly.

If you are not watching NXT, you should. Its good, like really, really good. In fact it's gotten me to watch Monday Night Raw and Smackdown again which I am enjoying. Although I watch them both on Hulu which I highly recommend because its shorter and takes out most of the stuff I would fast forward through anyway. So if you have the WWE Network, check out what they are doing with the NXT brand, If you are a fan like me, I don't think you will be disappointed.


I am R.T. Ewell (but you can call me Richard if you see me in public) & I'm a nerd who is also a self published author. While I also have the privilege of being Needless Thing's resident Lego fanatic & reviewer. My first novella Fat Trapped was released in 2013 (available on Amazon Kindle) introducing the horror world to The Blankenship Family. Some random likes of mine are the Batman villain Bane, Jeff Smith's cartoon epic Bone, and the 80's BMX movie RAD.