The Fandom That’s A “Family Business” by Christina Sizemore 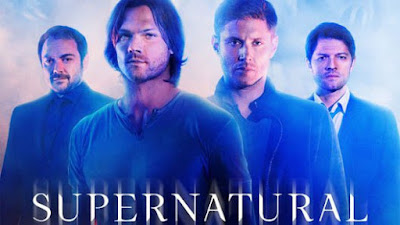 Fandoms. We all have one that we belong to. Or two. Or maybe a dozen. Some people are simply the devoted fans that support their show in healthy ways. They watch the show weekly, write fanfiction, attend Conventions, support charities that the actors raise awareness for, etc. Others…well, if you run into someone covered from head to toe in the fandom’s paraphernalia that decides to physically assault you because you don’t “ship” their character choices while they’re secretly carrying a lock of the actor’s hair in their pocket the entire time…run. Run and never look back.

You find the good and the bad in every fandom. It all depends on which side of the coin you land and which side you choose to stay on yourself after you flip it. Today I’m here to discuss one fandom in particular and the show it focuses on. I have seen the scary side of this fandom. I have seen its rabid side. I am proud to say, however, that I have been a part of its positive and devoted side. The side that chooses to make a difference and grow friendships, even family. It’s why I feel this fandom calls itself the SNFamily.

Let us sit down and talk about Supernatural, shall we?

In 2005 we were introduced to something that, even for the fantasy realm, was a new concept. We had seen worlds like Buffy, Angel, and even earlier incarnations in the form of shows like Route 66, Roswell, X-Files, etc. Each of these dealt with the world of the paranormal or with family relationships in their own way. Buffy and Angel: the supernatural beings fought the supernatural beings. Roswell: The aliens fought the humans that were after them. X-Files: The Government fought the alien and supernatural threats. Route 66: The road tripping stories of just average, everyday joes. You get the idea. Supernatural, however, was different from the start. It showed the dynamics of not just the road trips, but of what it was like for the humans that had no special talents who deal with the things that go bump in the night. No Slayers that could self-heal. No vampires with a soul. No Government clearance with a steady paycheck and expense accounts to cover their cross country trips. 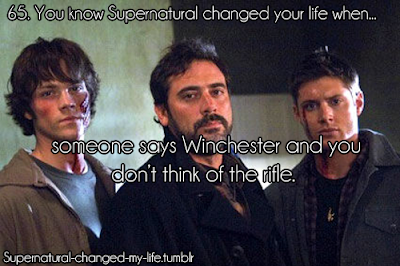 Just everyday people that can bleed and die when hurt, with no regular source of income, who put themselves out there for the purpose of keeping the rest of us safe and ignorant of what is really out there. Revolutionary concept, and it resonated with viewers.

For those unfamiliar, the Pilot episode of Supernatural sums up where this story would go. In the first five minutes you see the story of the two brothers (heroes) of the show, Dean and Sam Winchester, as little children. Dean age four, and Sam, barely six months old. Their mother is killed by a monstrous demon, leading their father to raise them on his own. He raises them to hunt down not only what killed their mother, but any and all paranormal creatures like it. You see them grow up and take on this mantel, and you realize there is an entire network of people like them out in the world who do this work as well. They trained John (the father) how to do it, John taught his sons how to do it, and so their origin story begins. They start the show looking for their now missing father, who left on his own to hunt down his wife’s killer. And so the story of the show begins for two brothers raised in a very unconventional way. A healthy dose of the paranormal, with a healthy dose of dysfunctional family drama. An amazing blend.

The show’s creator, Eric Kripke, pointed out that the core of the show was about family. The relationship with the brothers, their relationship with others and their father…that is the point. That is one major thing that draws viewers in. Another thing that has drawn me in from early season was attention to detail in lore. I come from a family that spent time dealing with the paranormal as did my husband and myself. While I have retired from this “line of work,” it was refreshing to see that, at least in the early seasons, you could look in your own research books and find that the lore they referenced in the show was pulled directly from original source material. They did their homework; they did not guess. And the broad spectrum of creatures that they have ranged in on the show amazes me. The standards that everyone who follows horror movies are of course there; vampires, werewolves, etc. Yet they dig deep into referencing or hunting creatures that one never would have thought of. At one point I jokingly said to my husband, “I guarantee they will never do an episode with a Pui-Pui or a Kitsune.” Six months later, here came a Kitsune. I officially ate Crow and loved every bite. Bless you, Kripke and Company. 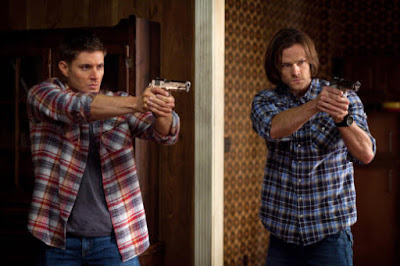 I can tell you, however, that real life paranormal investigations are not guns blazing and bodies flying through the air; you sit, you wait, you catalogue and record, and if there is a problem then yes…you deal with it then. The ideal blend of real life hunting is a mix between the lore research of Supernatural, the cleaning process of Paranormal State, and the sit down and wait portion of Ghost Hunters.

And yes, as Dean himself says, the pay does suck.

My point is that while you have to include the “Hollywood hype” of the action packed stories to sell the show, everything about this wonderful, hour long weekly addition to the world of fandoms is well rounded. It’s no wonder that this show has attracted such a diverse group of people. Men and women, young and old. I sat in and listened to a panel at DragonCon in 2014 with panelists that ranged from regular fans, a professional writer, and a Priest of all people. That’s diversity. It’s why the show is ten seasons strong, and approaching eleven in the fall of 2015. They have outlasted shows that have gone on the Time Magazine Top 100 TV Shows of All Time list. They have won nearly every single online poll and award they have ever been nominated for, and consistently sweep the People’s Choice Awards. A parody of their show created by Hillywood Show and backed by The Nerdists reached over one million views in just forty-eight hours. The show has spawned countless books and even a Japanese Anime series based on its episodes. Jensen Ackles and Jared Padalecki (the stars of the show) recently headed several campaigns online to raise money for charities that they support; they raised hundreds of thousands of dollars for these charities. If that doesn’t show the power of these actors and of this show I have no idea what possibly could. They motivated their fandom to do all of that. That’s huge. 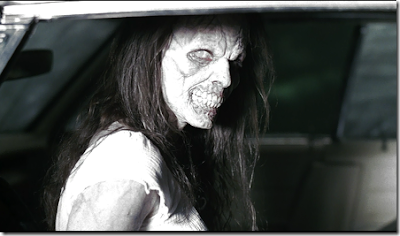 Yes, there are some freaky ones out there. Just try and argue with a devoted Destiel supporter and see what I mean. They get downright scary! But please do not argue with anyone that tells you that Supernatural is a show that makes waves or has a fandom that truly cares about each other or about its actors. They do. I’ve been in a lot of fandoms, but I can truly say that I have rarely seen the kind of devotion that these people show to the actors, to the fandom, and to our show in general. It isn’t just for the plot lines and it isn’t just for the “family business.” I have met people in this fandom that have become my family and always will be. We have survived births, marriages, divorces, illnesses, and even the deaths of some of our own together. That’s family. And as Bobby Singer himself said, “Family don’t end with blood.”

Oh…and another thing. Don’t go back and watch the previous work of an actor that played on Supernatural just after their character died. Like, for example, watching an episode of “The Guild” just after the end of Season Ten (Spoiler alert from hereon people!) and listening to Felicia Day’s character Codex say, “I think I’m going to go sleep in the bathtub now.” You suddenly have the urge to scream, “Why Felicia? Why?!” Then you want to roll up in a ball in the corner muttering, “For Dean” over and over again. Just sayin’.