Lay Your Fandom On The Table- A Fandom Tabletop Review 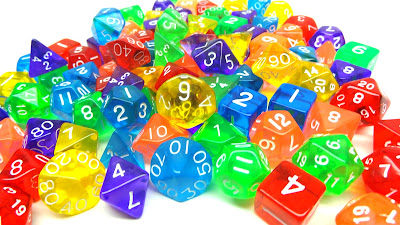 When I was a kid, board games were not just normal in our family.  They were a way of life.  We lived on Monopoly, Life, Battleship, Risk…the list goes on and on.  In the summer it was an every night thing; we would come in from an all-day escapade of climbing trees and getting soaked with the water hose or pool and sit down with our parents and friends (our parents were cool enough to hang with our friends) and play these games until the sun came up.  I’m proud to say we’re raising our thirteen, five, and two year olds the same way today.


We are a gaming family in every sense of the word.  When we aren’t playing games together on the PlayStation or Wii, we are playing card games or board games at the kitchen table.  There is nothing better for spending time together with family and friends in my opinion.  No distractions, nothing going on in the world outside.  Just you, your people, and the burning desire to crush them and dance around screaming “I WIN I WIN I WIN!”

Ahem…I mean…to spend time with them in common camaraderie and fun.

Geekdom is taking over the world and it is showing.  Comic Con is spreading to more cities than Starbucks.  Thinkgeek is as popular online as Amazon.  We even have The Big Bang Theory, people; Network TV celebrates our geek-ness.  We’re here to stay.  It is no wonder that we would take over the mainstream board games too.  Now I know what you are going to say; games were already our territory!  True.  Some, however, were considered mainstream and played by people in all walks of life long before and after the geekdom came along.  They were considered sacred and not to be messed with.  Yet here we are, taking them as ours.  Our beloved fandoms have many of their own original games that are absolutely fabulous, but many of the classics have been re-mastered to tailor to the likes of the Browncoats, the Whovians, the SNFamily, etc.  Even RPGs have their own fandom niche’ now.  So let’s dive into the world of Fandom tabletops, the originals and the re-mastered classics alike. 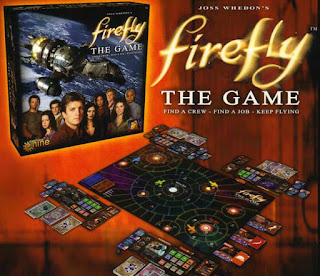 Firefly:
Salute your Captain, Browncoats!  Let’s talk about the shiny games of Firefly.  My thirteen year old is a dedicated Browncoat, so we threw her a Firefly themed birthday party when she hit her teen years.  Two of her presents included the Independence Flag (which we used to help decorate the party) and the Firefly Board Game.  When we opened this thing we were intimidated; the sucker’s huge.  But talk about fun.  There are four Firefly class ships to choose from.  You choose your Captain, choose which story from a list of story cards you are going to play out, and then using the large map of the ‘Verse, pick where your ships’ avatar is going to “Dock.”  From that starting point you get to take turns cruising the ‘Verse, going from planet to planet finding crew and supplies, takings jobs from people like Badger, Patience, and even the Alliance if you dare.  You even run the risk of Reaver attacks.  If you fail honest jobs you get warrants that get you in trouble with the Alliance if you run into them.  If you fail illegal jobs the backwater crooks won’t work with you.  Your crew can mutiny and turn against you if you don’t have money to pay them.  You have a lot to maintain on this game, but that is what makes it fun.  It puts you in the Captain’s chair.  You get to feel what it is like to be the Mal of the group, and that responsibility sucks.  The game even has expansions for more jobs and more ships that allow you to add more players and options.  GaleForce Online (the Game’s distributor) adds more expansions as time goes on, making this game its own veritable D&D of the board game world.

This is a mighty fine original game concept, and an addicting one.  But the standard games we grew up with have been invaded by the Browncoats as well.  Firefly Clue is a staple in our house as well.  The game’s concept is the same; whodunit.  But instead of murder, you are finding who sold out River Tam to the Alliance.  No candlestick, no ax, no rope. Instead you have things like Simon’s Med Kit, Jayne’s beloved Vera, Mal’s revolver, Innara’s Tea Pot, Wash’s Dinosaur, Kaylee’s Wrench, etc.  The rooms are not the mansion; they are the rooms within Serenity.  The question marks on the board result in drawing Reaver cards with special abilities you can play in a remix version for losing a turn, moving back to a locked room, etc.  You even get an ID card for which ever shipmate you pic with a special ability you can play only once.  For example, Mal’s ID card allows him to make an accusation against someone in a room he is not even in.  Nice huh?  This is just the tip of the Browncoat board game iceberg.  We have a Firefly Yahtzee with the dice cup shaped as… wait for it… our beloved Serenity.  My daughter’s latest conquest is Firefly Monopoly.  You can guess how that plays out; and check out Boardwalk and Park Place! 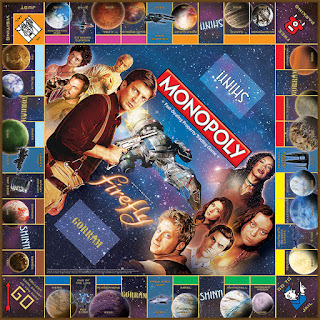 Doctor Who:
Whovians are no stranger to their own games.  War of the Daleks is an example, released in 1975 by Strawberry Fayre/Denys Fisher Toys in West Yorkshire.  As this show came out during the cusp of the TV space odyssey, it stands to reason that games would follow.  It doesn’t surprise me that this is one of our fandoms that already had its own original games.  It has, however, increased its original game quota over the years and cornered the market on the classics as well. One original that my family plays often is Battle for Earth.  The premise is simple.  A small round board with a spinner in the middle.  You spin and move your TARDIS the appropriate spaces.  You land on a space station with tiles, a free space, or a spin again space.  If you land on a space station you pick up a tile.  The tile has pics of the various villains from the Whovian world:  Daleks, Cybermen, Davros, Adipose (not villains, but so cute,) etc.  As you go around the board gathering tiles you match the pictures, like in memory.  But you don’t win as you match pairs; each tile as numbers:  +1, +3, -2, -0, etc.  You add up the total numbers of each pair that you get.  Highest score saved the universe. 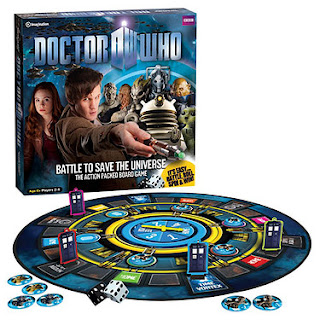 My daughter was quick to also snatch up Doctor Who Monopoly for the family, being a Whovian too; the premise needs no explanation.  We play Risk almost nightly as it is the family addiction, so when she discovered that we Whovians had taken over the realm of Risk too, she went ballistic.  For those unfamiliar, Risk is an old-war game with a large world map.  You pick your army color, pick what countries you want to set up army, and in short you roll the dice to infiltrate other countries and try to take over the entire world.  What better classic board game for Doctor Who to take on?  Picture rolling the dice as you move your pieces from one country into another while saying out loud in a robotic voice “Exterminate!  Exterminate!”

The world of RPGs has even expanded to include these shows and more for campaigns.  The campaigns we’ve always ran aren’t the only big dogs in town anymore.  Supernatural, Doctor Who, Firefly, Buffy…all of them have their own RPG’s now.  Complete with Core books, bestiaries, GM Guides, Atlases and Guide maps…all you need is a Dice Bag and a GM ready to dive in.  You can be a part of any TV show your geek heart desires. 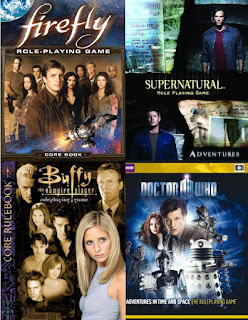 Have I made you drool yet?  Good.  As you can see, geekdom hasn’t just expanded the tabletop marking with original concepts.  We’ve taken over the old school classics and RPGs as well.  We’re here to stay and we’re here to play.  Now if you’ll excuse me, it’s my turn.

*Grabs the dice and rolls them.*