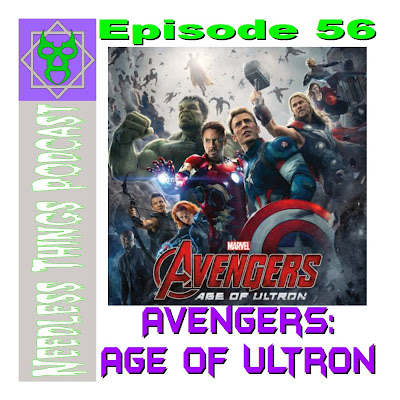 Last weekend Marvel Studios released the newest entry into the Marvel Cinematic Universe – Joss Whedon’s Avengers: Age of Ultron. Naturally a few of the Needless Things Irregulars had to convene to talk about it.


This episode wasn’t planned, but after an onslaught of text messages it was decided that a group conversation had to happen. Age of Ultron was simply too big and too packed with story and action to cover one line of text at a time. Grossing over $640 million as of this writing, the movie has once again shown that Marvel has the public’s attention and knows how to deliver big thrills on a massive scale.

Join Phantom Troublemaker, Ryan Schweck, Beth V, and The Belligerent Monkey Jay Hornsby as they discuss one of the biggest superhero movies of all time and each rank it among the rest of the MCU films.