An Unnecessary Whedon-ism: Why I Still Don't Like Hawkeye 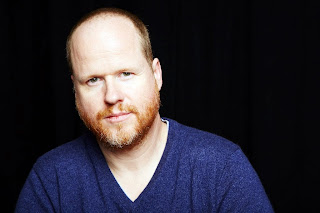 I've been pretty vocal about my disdain for Hawkeye's family scenes in The Avengers: Age of Ultron. If you heard the podcast we did after the newest movie came out you'll already know about all the conflict I caused with my opinions. If you didn't listen to it then thanks for reading anyway, but you should go check it out. If you just don't have that kind of time I'll spell it out for you quickly. I don't mind Hawkeye as a character, but I mind the family scenes, and overly emotional crap he was doing in Age of Ultron. Okay, I don't like Jeremy Renner, but that doesn't mean I was completely against him in the movies. He was fine in the first movie. He was a guy who had a skill (all be it a kind of unimpressive skill), but he served a purpose. In the second movie they felt like he needed a back story, besides just being Black Widow's friend who could shoot stuff. I did not see the point of giving him a family, nor did I really see the point of having him make his "I'm just a dude with arrows" speech to Scarlet Witch. Although I liked that he owned it at least. If they hadn't shown his family story, would it have mattered to the overall film? Would it have made anything look any less amazing or the other characters any less bad-ass? He was a sidekick, and that was fine. Who cares about the back story of an unimpressive sidekick anyway? 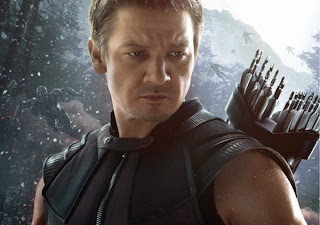 I just couldn't really figure out why it bugged me so much. I couldn't figure it out during the podcast, and I couldn't quite figure it out after my second viewing. I couldn't even figure it out during the many messages the guys and I were sending back and forth after my second viewing. There were a lot of them, and the consensus was still that I was wrong. I just couldn't find the right words for what it was that made me dislike that stuff so much. But I had an epiphany today, and it all became clear. Everything that bothered me finally made sense, and I can now express exactly what pissed me off about Hawkeye in the Age of Ultron.

It started with something the Phantom said in the podcast about Hawkeye's family being put into the movie was to show that he was "the heart" of the group. I took a mid-afternoon nap thinking about the Age of Ultron, while watching Buffy. When I woke up I knew what it was that had been bugging me. Some people wake up from naps with revelations about curing cancer or solving world hunger, but I get an Avengers epiphany. Typical. But looking at it now it's just such a Whedon thing to do.

If you look at Whedon's history, especially with tv, you'll see that it's pretty much his deal. Everyone who doesn't have powers has to be "the something" in his shows. In Firefly Kaylee was the heart, and Shepard Book was the conscious even though they both brought things to the group. I for one really wanted to see more of what the Shepard's story was. There was much more to him than we got to see in the show. Wesley, Gunn, and Fred took turns being the heart in Angel because; although they could all do stuff, none of them had powers. It happens most in Buffy though. Look at Xander. In the beginning of the show he's just a wise-cracking Scoobie. He's a jokey whipping boy who falls in love with monsters. As the seasons go on they start adding characters, and he starts getting outnumbered by the people with powers. Willow becomes a witch and has a fancy new witch girlfriend, Anya becomes a demon again, Spike is a vampire, and even Buffy's little sister is a mystical energy turned into an annoying brat. What does Xander have to do towards the end of the series besides fix stuff when monsters trash the Summer's home? Granted, he's pretty good at it, but that's about it until near the end of the series. Buffy at some point calls him her heart, but only when I was talking it out with Captain Wow (which is how I'm considering referring to my husband since we don't have cool nicknames like the Troublemaker family. He doesn't like it so if you can think of something better I'm taking submissions) that I realized the most important thing. The speech he makes to the Potential Slayers. He talks about how powerful his friends are, and how he's just a dude who can only try to help and fix stuff, but he's going to keep trying so they all should too. It's along those lines enough to where I'm not going to look it up just to quote it exactly. I think paraphrasing gets us along just fine here. My main point is that it is pretty much the exact same speech that Hawkeye makes to Scarlet Witch in Age of Ultron. Really almost identical. And considering how much nerd cross-over Whedon gets that's just sloppy writing. I'm kind of surprised I'm the first one to notice it really, but I guess everyone is too busy fretting over whether or not Joss Whedon is sexist to notice little stuff like this. 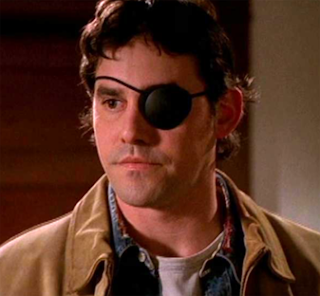 But this is my problem with Hawkeye. He's gone from being a worthwhile sidekick in the first movie to being "archery Xander" in the second movie. The whole thing with showing a lot of a character meaning they are going to die isn't even something Joss Whedon has put on us. I kind of liked the fake out. I blame The Walking Dead (even though Joss loves to kill blondes). Maybe the reason I thought his speech to the Scarlet Witch was the best thing he did in the whole movie was because I subconsciously remembered it from Buffy. Maybe I'm full of crap, and looking for excuses, but I don't think so. It's also likely that Quicksilver died so that Scarlet Witch has nobody to be close with, and forms a relationship with Vision because he saved her life. Which is again, a very Joss Whedon kind of thing to do. And in this instance I'm fine with the death. I hate to speak ill of Joss, but not every group needs a heart. Most especially if that group is made up of superheroes, and other various awesome people.

I loved the first Avengers movie, and no one was happier then I was to see that he finally got another shot at making movies. I love the way he shoots action scenes, and his character development is top notch. But the characters were developed in previous movies. This is not the time for new story lines. This is the time for payoff, and I'm getting tired of every other movie in the MCU feeling like a lead-off into another movie. When are they going to stop teasing Thanos, and just give us some damn Thanos? These movies should be able to stand alone without having seen the gillion other movies, tv shows, or comics that surround each one. I'll still watch and read everything worth note, but you can't assume that everyone will. Because unless you can give people meaningful stories that matter in the end they probably won't care about all the stuff that goes along with it. I'm also kind of okay with Joss stepping away from the MCU. Maybe we can get that payoff we've been waiting for, and Joss can go off and work on the new Firefly we've also been waiting for. I know it's not going to happen, but I still like to dream. Just like Wash is still alive in my dreams... 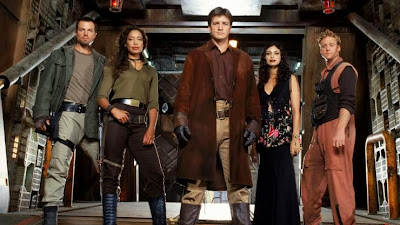 In the eyes of my peers and friends I may still ultimately end up being wrong about Hawkeye, but I feel good about ending the argument on the terms I've chosen.