13 Movie Reviews in 5 Sentences Each 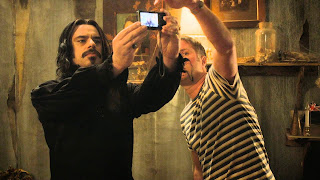 I've watched kind of a lot of movies lately. Okay, really a lot. My brother was in town, and he's into illegally downloading movies. I don't condone that kind of behavior, but since he already had them it didn't seem like a crime for me to watch them.

Some of them were of the genres I usually go for, but we were also hanging out with our dad whose taste runs more into action than I typically would choose. None of them were good enough to write 1000+ word reviews about. Truth be told most of them weren't even worth 100 words, but since most of them are new, new to video, or new to Netflix some people out there might be thinking of watching them so I thought I'd just give 5 sentences to each so you go more easily decide if you want to check them out yourself.

Last Knights
Game of Thrones is making a lot of these medeival-y type movies show up. Clive Owen seems to be aging well, and is still pretty hot. He spends most of the movie pretending to be useless. Nothing good happens until the last ten minutes of the movie, and even then it's not that good. Morgan Freeman dies without ever saying "tittie sprinkles".

Interstellar
Imagine if they took Gravity and redid it without a likeable lead actor. And if it was even longer and more boring. Matthew McConaughey has ceased to be someone I care to see in movies. He was a douchebag long before anyone paid him to be a doucuebag. I never turn off a movie before the end, but I could not get through this whole thing. 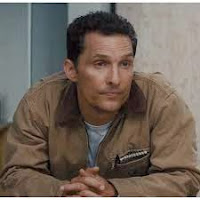 John Wick
Someone really pissed off Ted Theodore Logan. At least he wasn't driving a bus in this one. Or wearing a long black coat/dress trying to be "the one". His raspy whispering is pretty annoying. He did seem to be more pissed off about his dog being killed than his wife.

Run All Night
Liam Neeson seems to spend all his time killing dudes who have somehow wronged him these days. This is another one of those. I just don't understand why anyone would mess with him anymore. It sounds like a super bad idea to me. I miss "the bearded mentor who dies" Liam Neeson.

Dead Rising
Another video game turned into a movie. It's not the worst zombie movie I've ever seen, but certainly not the best by a long shot. They do stay true to the source material at least. They make great use of the weapons crafting system from the games, and Rob Riggle makes a really good Frank West. I'm still pretty bored with zombie movies until they can do something new with them though. 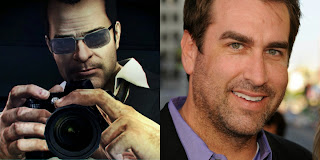 What We Do in the Shadows
Jermiane Clement is hysterical, always and forever. The new young vampire's human buddy Stu is arguably the best character. Also great are Rhys Darby and the Nosferatu style vampire. It's a slower, sometimes more subtle humor, but so good. I highly recommend that everyone watch this.

Ouija
I should have know it would suck when they couldn't pronounce ouija correctly in the commercials. The plot makes absolutely no sense. The cast is entirely uninteresting, and you don't care at all when any of them die. There's one good jump scare in the whole thing. Otherwise, it's every bit as bad as you'd think. 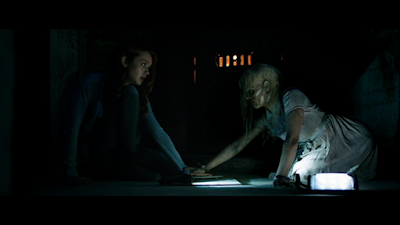 Batman Vs. Robin
The best D.C. movies are the animated ones. They really make Batman out to be a dick who should have nothing to do with childcare. Robin is the same horrible kid from Son of Batman. He's the son of Batman (obviously) and Talia al Ghul so he can beat people up, but he's still a brat that Batman should have cut loose. The only thing he's good for is making Nightwing look like less of a bitch by comparison.

The Babadook
The best horror movie I've seen in a long time. It starts off slow, but when the tension starts building it does indeed get tense. The kid is super annoying, and you can totally see why his mother would want to strangle him. Unlike many horror movies I can and will go back for multiple viewings. If you can get through the first slow half hour you'll definitely be pleasantly surprised by how good this is.

WolfCop
There was drinking involved in deciding to watch this, and I don't remember all of it. Basically, the main guy is a cop who becomes a werewolf. The makeup would shame even the worst of Face Off contestants (why is he blue?). It was terrible, but funny. That could have been the wine talking though. 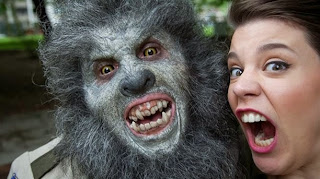 Blackhat
Chris Hemsworth is super-fine, but man was this boring. Movies about hackers haven't been interesting in a long time, and I don't see the point of interior computer shots. I kept expecting a Tron light cycle to go buzzing across the screen. A hot hacker who kicks ass and is good with a gun? Suspension of disbelief can only go so far.

Devil's Knot
The story of the West Memphis Three. Not bad despite the presence of Reese Witherspoon. Good story about a horrible miscarriage of justice. I just kept thinking that it was impossible for the police work to be so shoddy on such a big case. That, and how Colin Firth can still wear the shit out of a well tailored suit.

We Still Kill the Old Way
Young British "gangsters" (basically just thugs) take on old school British gantsters. Guy Ritchie has done a lot of damage to the world of gangsters, but it wasn't terrible. The young guys were all mush-mouth slurring accents so I couldn't really tell what was going on much of the time. If you hate Brits who say words like "nofink" instead of "nothing" you'll enjoy watching them get their asses handed to them by the likes of James Cosmo. I guess it was popular enough to warrant a sequel because We Still Steal the Old Way is in the works now.

So there you have it. Thirteen movies in five sentences each. Most of them are barely worth seeing, but if you ever find yourself stuck in a house with your father in control of what you're watching at least you know what you're in for. Seems like most of them were kind of boring. I can't wait for summer to bring some life back to movies. I'm ready for Age of Ultron, and Ant-Man, and Jurassic World. I'm tired of thinking, and waiting for something good to happen. It's time for some mindless nerdy action! 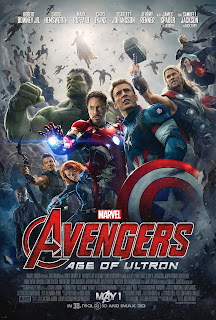