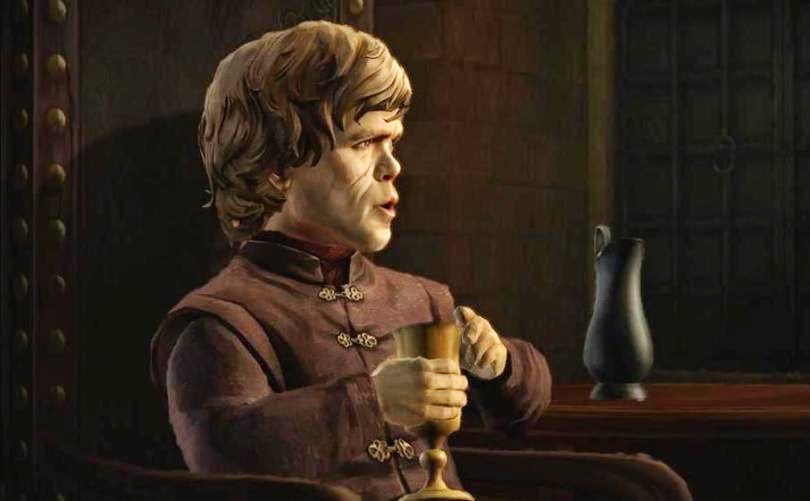 If you liked Telltale Games' The Walking Dead, but thought it needed more intrigue and Dinklage then Telltale's newest game is for you.

That's right, we now have a point and click Game of Thrones adventure game, and it's kind of the perfect world for it. I'm sure some people wanted this to be heroic sword swinging stuff, but there are already plenty of games that let you do that. The Song of Ice and Fire book series is all about ever changing loyalties, political maneuvering, and Daenerys Targaryen dicking around in Meereen. In true Telltale form this is all about the choices you make, and how those choices affect the world around you later. Want to tell Queen Cercei to piss off? You can do that, but it'll probably mean your ass later. Margaery Tyrell tried to warn me, but since Tyrion Lannister ended up liking me I'll call it a win. For now... 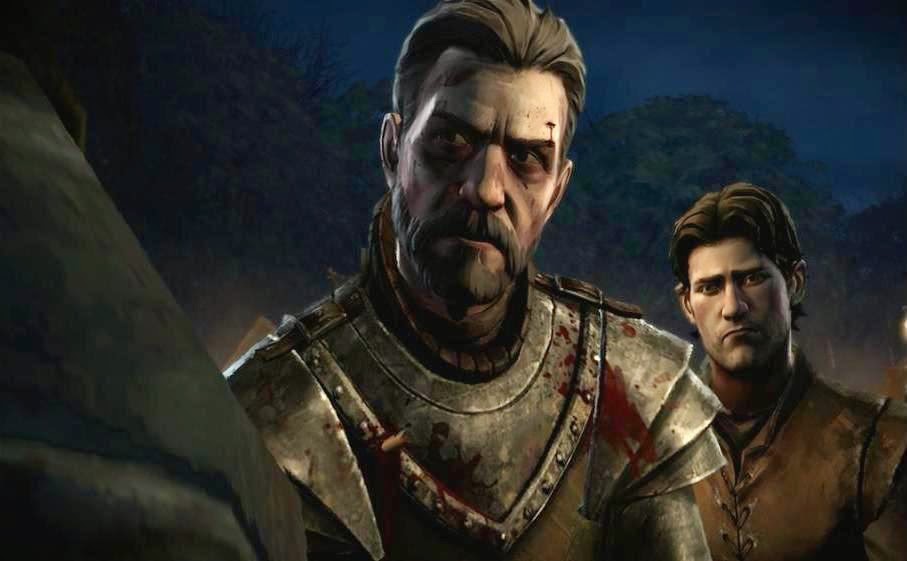 The game begins at the Red Wedding, and you should know what that is by now so I won't apologize for spoilers at this point in the books or the show. You're part of a northern house that's been pledged to the Starks for centuries. The Forrester family harvests Ironwood trees that supposedly make the strongest timber for boats, shields, and various other items important to the realm. They have been producing this wood for the Starks for as long as anyone can remember. Of course that all changes when Walder Frey decides to be a super dick, and kill everyone. Your lord is killed, and you have to head back up north to give his family his sword. That kind of shit is important in this world so I didn't get the option to sell it for whoring money. Stupid honor. So your injured avatar takes the long hike from the Twins to somewhere close to the Wall, like an idiot. Arya Stark knew that staying off the Kingsroad was a good idea, and she was just a little girl. But unlike Arya's lengthy trip north we don't have to sit through the whole journey. We just get to cut to arriving home. Hooray for technology! 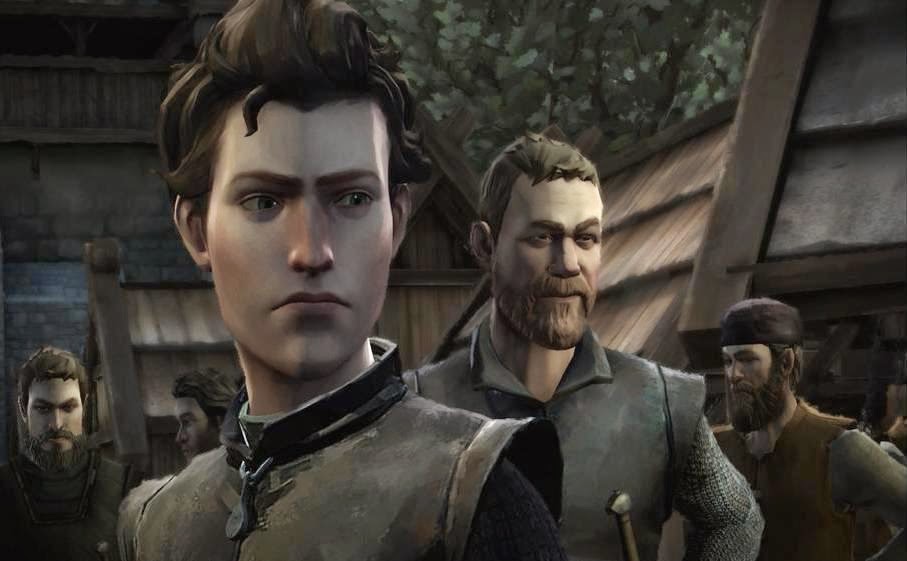 Of course, after the red wedding the north is a pretty bad place to be, and you end up running afoul of some Bolton men. I think Theon Greyjoy would agree with me when I say that those are not men you want to fuck with. At this point you start jumping characters between the squire who survived the red wedding, the young new lord of the northern house, and the oldest daughter of that house who is Margaery Tyrell's handmaiden. There are more later, but they are all tied to the Forrester house in some way. It's defintely good enough that I'll be buying the other episode that is currently out, and waiting for the rest eagerly. I just want to play back few a through times to cement my decisions. I need to give my house the best shot at survival, and with my first choices things did not go great when Ramsay Snow showed up. I'm sure you can imagine how that ended. I hate that guy. He's my first choice for "evil characters that should die" this season, but since he's pretty much the only truly evil guy kicking around Westeros at this point I don't think they'll be able to get rid of him. Not yet anyway.

So if you're not caught up on the show or books there will be some spoilers, but so far this has taken place outside of any of the 15 story arcs going on in the books right now. You brush up against things like the red wedding, but it's not like you actually get to watch it again (boo). You do met plenty of characters that are voiced by the show's actors so that's cool, but obviously Telltale can't create new characters and throw them into pre-existing stories. They do mention book and show stuff that is happening elsewhere so fair warning. This was a great way to fill the empty time in my life until the season premiere though (which was fairly disappointing by the way). 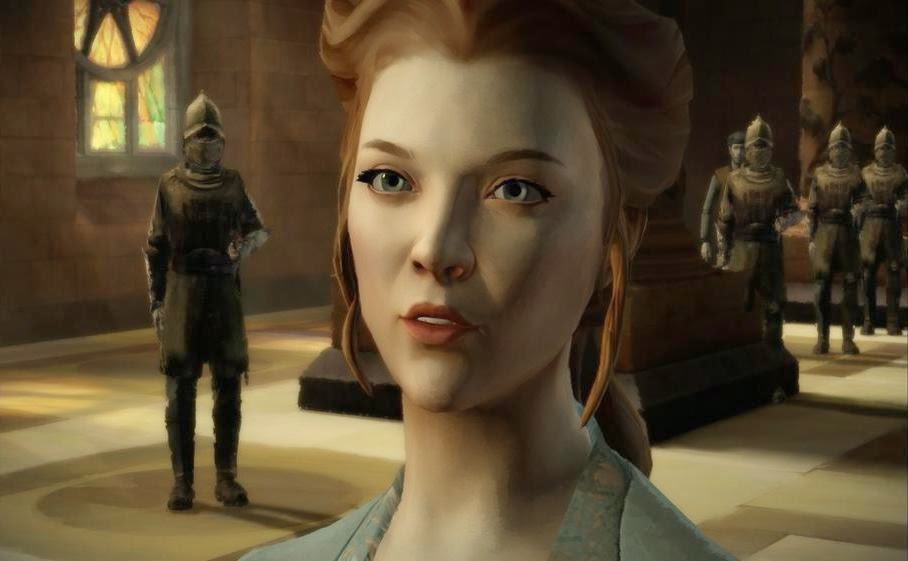 The game is available on many platforms, but I got it for a buck on the Kindle Fire. And the touchscreen interface on the Kindle seems well suited to this kind of gameplay. The graphics aren't amazing (some glitching and a few lags), but it's a good trade-off. Using finger swipes to dodge swords is much more intuitive than button mashing on the Xbox 360. If I hadn't already bought The Walking Dead for Xbox I would definitely buy it for Kindle. It just feels better, and more like how the game was meant to be played. The original character models are really good, but some of the show characters look just a little off. Margaery Tyrell has an absurdly long alien neck, a tiny little squish head, and the worst case of resting bitch face I've ever seen. Tyrion and Ramsay Snow look good, but Cercei could be any random blonde woman. The style is very pretty though. The Walking Dead was done in a comic book style animation while this looks more like an oil painting. The style fits very well with the tone of the books and the show. Many of the show's actors turn up to do their own voices which lends some nice authenticity. I thought they might be sound alikes at first, but nobody can say the name Sansa in quite the same awkward way that Peter Dinklage can. The voice acting for the original characters is very good, and if you like broad vague British Isle accents then you'll love this game.
As usual with Telltale the ability to rewind to a previous scene is a huge plus in a game that is more about choices than action. If you don't think you made the right decision in the last section then you can just go back and try again. The choices are for the long game mostly though, and nothing I could say ever seemed to make Queen Cercei think that she shouldn't destroy me. Bitch. 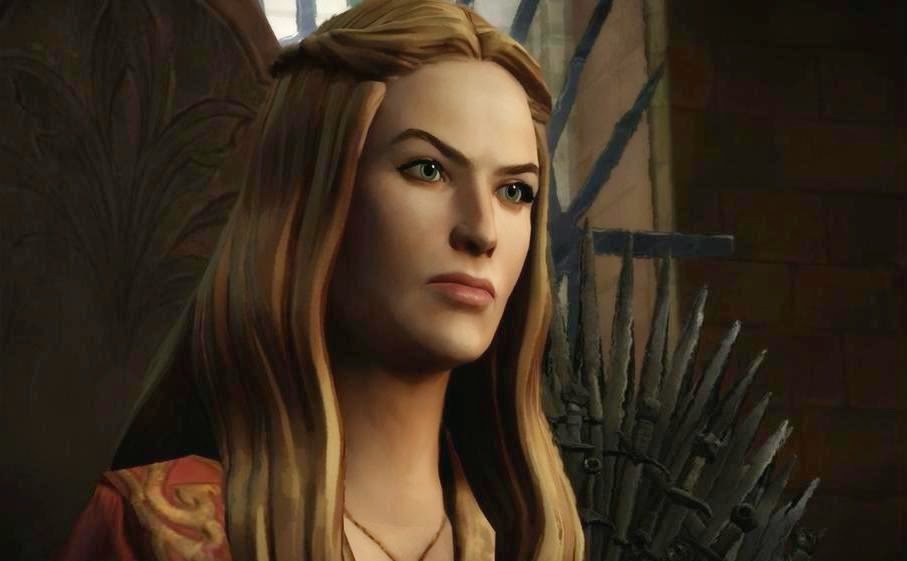 When Beth isn't writing for Needless Things she spends her time playing video games and watching terrible horror movies. She lives in constant fear of the inevitable zombie invasion with her husband and two cats while trying to decide whether or not to bother saving anyone else. So far, it's no.
Posted by bethv at 11:00:00 AM