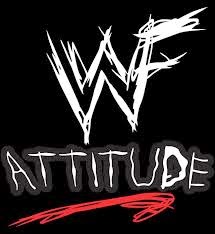 If you were to ask most fans of wrestling or people who used to be fans of wrestling about the attitude era of the WWE (WWF at the time) you will likely get the same response. “Man, thats when wrestling was good,” is a common response which isnt entirely accurate. I mean sure, the attitude era offered us a lot of good stuff. I mean we got StoneCold Steve Austin, Triple H, The Rock, and Mankind/Cactus Jack/Dude Love becoming huge stars by doing some outlandish things, crazy interviews and ridiculous bumps. We got some great catchphrases such as “Austin 3:16 says I just whooped your ass” and “If you smell what the Rock is cooking.” I mean hell, we even got a sock that was more over than some of the wrestlers. And lets not forget The Undertaker crucifying Stone Cold Steve Austin to his symbol or the dark wedding between Undertaker and Stephanie McMahon.


For all the stuff that was cool or ground breaking there was some really bad stuff as well. Possibly, the most popular “worst” story line of the Attitude era was Mae Young (who was 77 at the time) giving birth to a hand. Don't ask me to explain it because I can't. I'm not even sure Vince himself can make sense of the storyline outcome without looking like a creep. There was also a character named Beaver Cleavage which never really got off the ground but did some pretty perverted vignettes. Also, there was Val Venis whose character was a porn star. One of his story lines was being tied up and almost getting his manhood chopped off. And lets not forget Triple H having sex with a mannequin in a coffin. It's actually much more lewd then it sounds and no I'm not making it up. Look up Katie Vick.

So we fast forward to the present and most old school wrestling fans don't like the current PG product that WWE is putting out. I must say that I mostly agree with those fans. I'm not opposed as the product being geared towards kids but its done under the wrong reasons. The company doesn't want it to be kid friendly so that kids will enjoy it more. No, I believe they want it to be kid friendly to attract more companies to pay WWE to advertise with them. It's clearly a business move and that is a bad way to choose the path to a successful company in my opinion.

Old school wrestling fans that don't or just plain ole refuse to watch WWE's current product. It's not entirely bad. Plus, there are probably better wrestlers in the company currently than there ever have been. So with those points made, I want to discuss some wrestlers that “attitude” fans might latch onto if they did give the product a chance and how those wrestlers could have fit in to the era.

One of the first ones I thought of was Dean Ambrose. With such a goofy name you wouldn't expect much attitude coming from this guy. That is until you find out his nickname is “The Lunatic Fringe” which isn't necessarily that catchy but describes the man brilliantly. And the best part is, you know that this guy is nuts before you ever see it. With his crazy movements and facial expressions he can be a bit off putting at first until you see what an incredible wrestler he is. Ambrose reminds me of the late Brian Pillman's gimmick of “The Loose Cannon” which is more of a compliment than anything. I think Ambrose would have been a good opponent for Stone Cold Steve Austin for that simple fact. But I also wonder what kind of matches he could have had with the likes of The Rock or even Owen Hart. 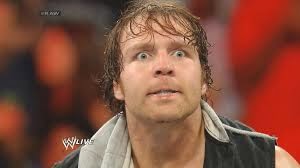 Then I have this bizarre idea of him being a tag team partner of Goldust. Now, I know technically this could still happen as Goldie is still around but I'm talking attitude era Goldust. You know the one. The one with Luna Vachon as his manager while he would come out dressed like a baby with a diaper or some kind of bondage fantasy freak. I just think the interaction with Goldust and him would be both hilarious and terrifying for other tag teams.

Speaking of Goldust, that brings me to the next person that could have worked in the attitude era. I think Stardust is an ideal candidate for the attitude era for much of the reason Goldust worked so good. They are just bizarre characters. I would choose a different path for Cody Rhodes as Stardust. Where Goldust was kind of a freak, I think Stardust's character would have been great as a demented psycho. I'm talking violent over the top hunger for blood psycho. Cody has glimmers of this in a few of his interviews and expressions during his interviews. I just think the character is different then Goldust but so similar that it would be cool to see such a drastic difference in the brothers. 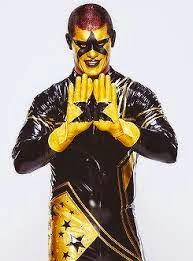 I think he would have been a good hardcore champion really making the title his own. Not sure if Cody could be as violent as necessary, but it would be a sight to see. Also I think Dustin was at his peak of doing interviews back then so imagine the two verbally going after each other. Now, granted Cody isn't that great at interviews but he's not terrible. Plus, it doesn’t hurt that they have really good chemistry together. I can't help but envision in my head that somehow Stardust and Al Snow would have been put together as a tag team and Cody would have become a comedy act.

The final one that I will mention is the most obvious one in this very short list. 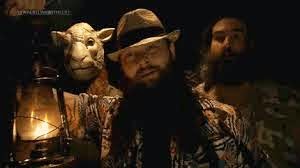 Now, Undertaker was such a huge part of the era and Bray is very, very similar as far as the mystique, the evil ass promo's and the pure fear of not knowing what the man is capable of. I can see in my head a feud between The Ministry and The Family. Of course, the Wyatt Family only really has ever consisted of three people, in the attitude era there would be at least sixteen and one of them probably would have been someone out of place like the Great Khali. I would have loved to have seen Mankind and Bray either team up or have a long running feud. Imagine Mankind as part of the Wyatt Family. It could have worked really well. They are both so good on the mic that just thinking about the promos can give me a chill.

There are some honorable mentions.

Obviously, he is not part of the roster anymore but CM Punk would have been perfect in the era. And it wouldn’t have hurt that we would finally have gotten Punk vs Austin which I cant help but think how amazing that would have been.

NXT's Kevin Owens which most indy wrestling fans know as Kevin Steen. He has a unique look and style mixed with promos that are believable. Owens just makes the audience believe that he is an ass kicker.

The tag team Ascension may not be taken to seriously these days but back in the attitude era they would have rocketed straight to the top. They're blend of a cartoon look and complete badasses would have fit in perfectly. Not to mention they look dark and creepy so the Undertaker could have plucked them up to be in his ministry.

I'm sure there are a ton of other examples but these were just the ones that I wanted to write about. I will say this, I don't watch the weekly product of the show because lack of cable channels but I do watch the WWE Network. The product isn't terrible. There is a lot of talent on the roster but sometimes the booking can be a bit of a mess. I feel like the wrestlers are held back too much. I mean if Austin was held back, we would have never heard the catchphrase “Austin 3:16 says I just whipped your ass.”

People want to think that the attitude era was this flawless, glorious time in wrestling which it was, sometimes. But boy when it was at its worst, it was just embarrassing to watch. I mean an old lady gave birth to a hand.