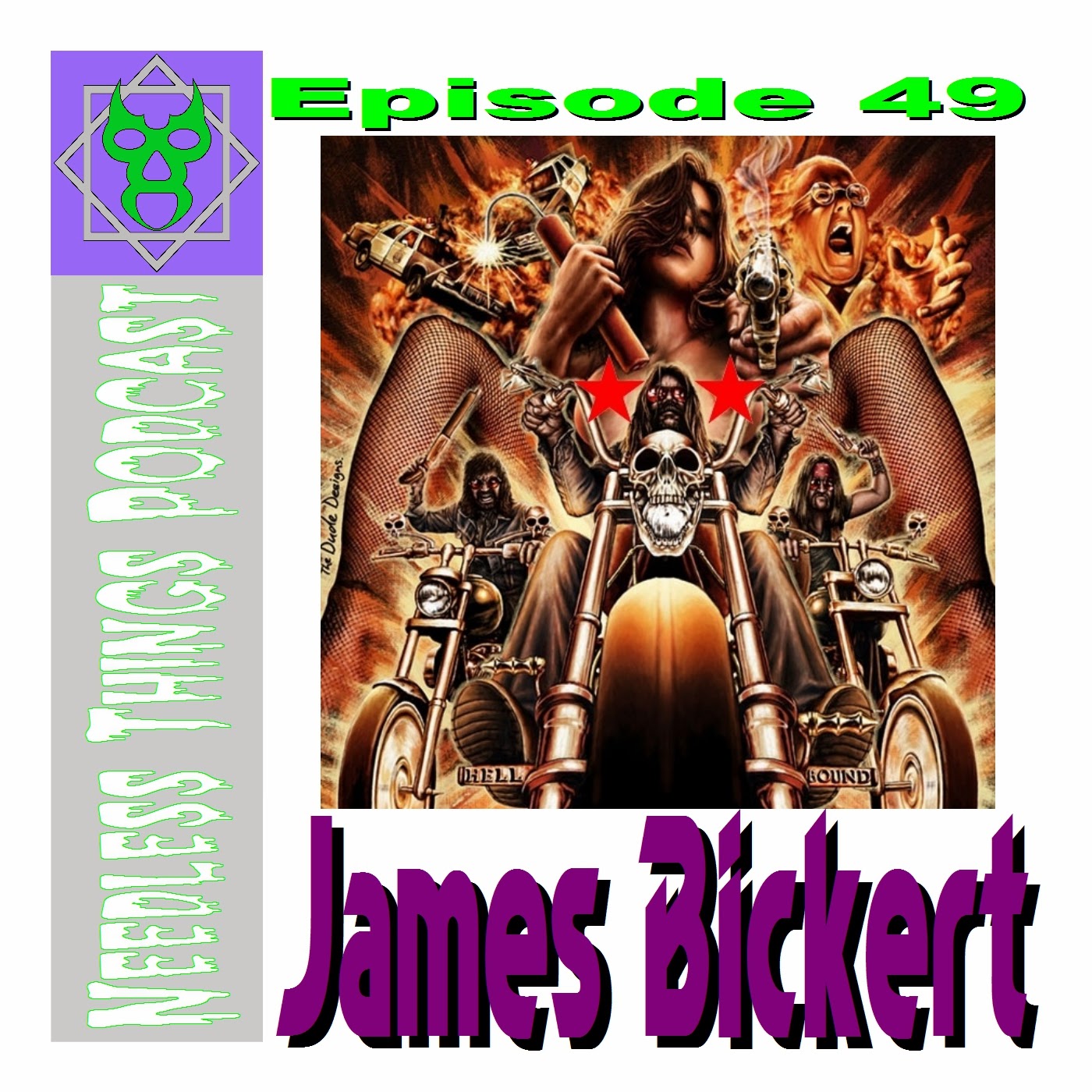 In today’s episode – the second this week! - Phantom Troublemaker interviews James Bickert, the director of the cult biker/exploitation/Bigfoot movie Dear God No! and its follow-up Frankenstein Created Bikers, which is currently raising funds on Kickstarter.


Phantom and James talk about the process of creating films independent of the Hollywood system, James’ personal history with movies, and the state of independent horror today. Perhaps most importantly, James answers one of Phantom’s long-standing questions – “What the heck is up with Fellini, anyway?”

So join Phantom as he gets an education in film and more from one of the most interesting guys working outside of Hollywood today!:

“Procrastibate” by LeSexoflex.com
This episode’s theme song is “James Gang Bang” by The Forty-Fives, as heard in Dear God No!

Be sure to visit Frankenstein Created Bikers’ Kickstarter page and check out this weird, unique, and amazing project:

About this project
Greetings!
We're taking our cause to the people! Our goal is to make a stand-alone sequel to our award-winning feature film DEAR GOD NO! and not loose any creative control. We love our script and this may be our last chance to shoot on 35mm, We have the stock and cameras but we need your help to finance what may be the last horror film shot on film! If you long to see something "wild as hell" and completely different in the horror genre, this is your film!
The Plot
FRANKENSTEIN CREATED BIKERS centers around the re-animation of the South's most notorious biker gang, The Impalers. Dr. Marco and his assistant are performing gruesome experiments in their asylum lab and have resurrected the thrill-kill Motorcycle Club to capture a Bigfoot containing a pathogen that will allow them to perform a human head transplant. When news of the gang resurrection draws the attention of bounty hunters, law enforcement and rival gangs, the lofty aspirations of these mad scientist starts to spiral out of control. Things get even worse for the occupants when failed experiments escape from the basement and the lab is attacked by a bomb-happy femme fatale named Val.
The Theme
Stylistically FRANKENSTEIN CREATED BIKERS pays homage to several of our favorite films like the Hammer Studio's Frankenstein series, FASTER PUSSYCAT KILL KILL, THE BRAIN THAT WOULDN'T DIE, HORROR RISES FROM THE TOMB, THE RE-ANIMATOR, Biker flicks and Hicksploitation drive-in pictures from the 70s. There's buckets of blood, scares, nudity, action, weirdness and REAL explosions (requiring insurance!), but the real star of this script is an underlying theme about addiction. We're not talking drugs but EVERYTHING that chains us from feeling fulfilled in life. We explore this issue through the actions of really rotten characters doing really rotten things. All in the context of an entertaining FUN-filled smorgasbord, obviously.

Posted by Phantom Troublemaker at 4:19:00 PM