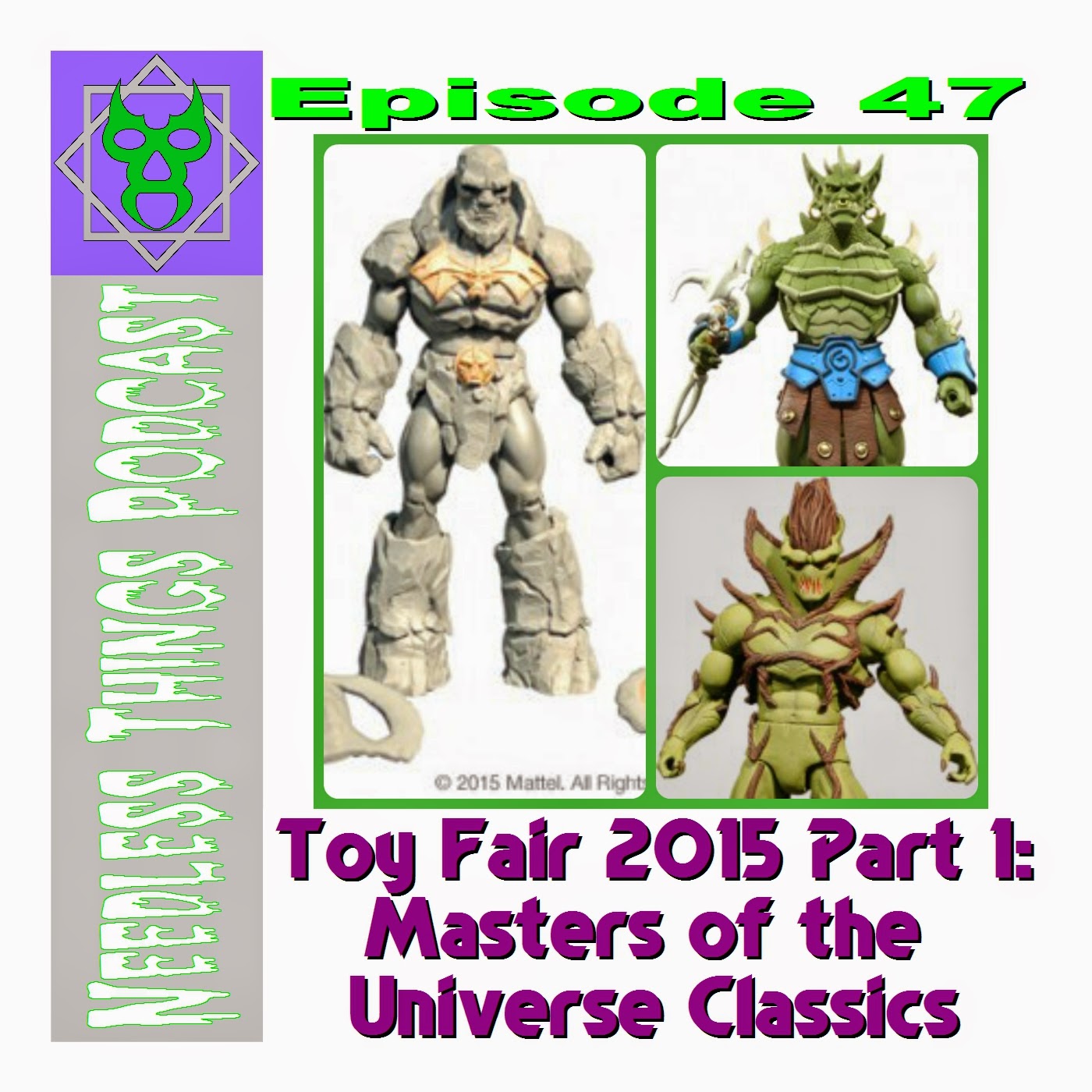 Phantom Troublemaker and the Needless Things Irregulars once again convene to discuss and review Toy Fair!

The 2015 New York International Toy Fair was held from February 13th – 17th so that toy manufacturers from all over the world could get retailers and journalists excited about their offerings for the upcoming year. Hasbro, Mattel, Funko, NECA, and many more all bring out their prototypes, concepts, and newest licenses to display in the biggest toy-oriented gathering of the year!

Due to technical difficulties, the first recording of this episode is unlistenable. Fortunately the whole crew was willing to give it another go. Unfortunately we couldn't get everybody together again. Fortunately this means that certain aspects of Toy Fair will get more attention. Like Masters of the Universe Classics.

Join Phantom and his co-host Mr. Beau Brown as they look at not only the Toy Fair figure reveals and the new 200X mini-sub, but also the MASSIVE surprise that was revealed the day after we recorded the first time!:

“Procrastibate” by LeSexoflex.com
This episode’s theme song is “Brunhilde” by The Mystery Men?

The Mystery Men? On Facebook
Posted by Phantom Troublemaker at 1:13:00 PM