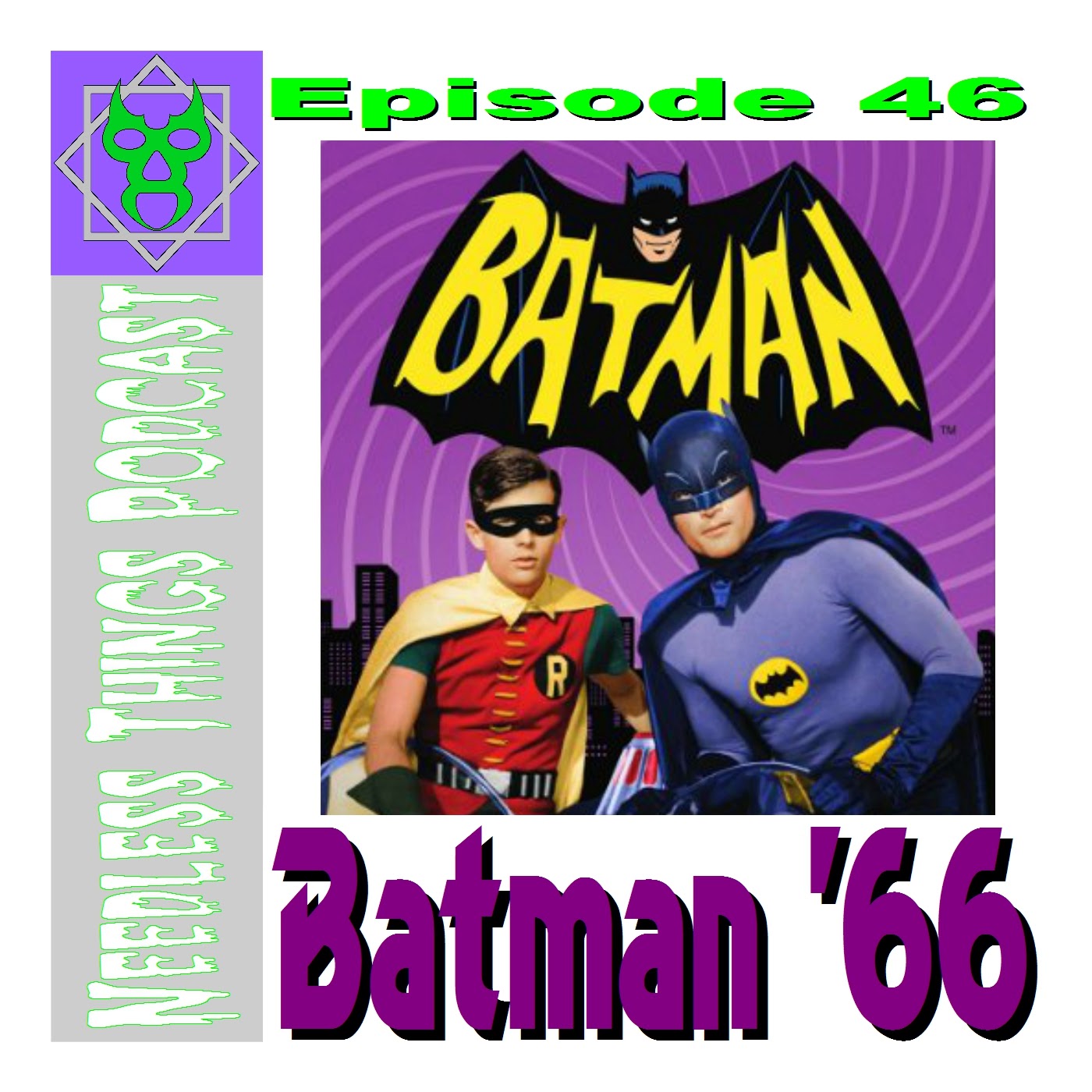 The recent release of the entire series as a deluxe Blu-ray box set prompted this episode. Both of the guys crammed in as much Bat-Viewing as they could to prepare for this look back at a critical point in not only the history of the Dynamic Duo, but at a very specific point in the development of television and American pop culture.

Mike and Phantom talk about discovering the show during childhood and the evolution of their enjoyment of it as time has gone on. From the colorful sets and costumes to the actors that inhabited them, every aspect of the show is examined.
Atomic batteries to power. Turbines to speed. Fasten your Bat-safety harness and turn the volume dial on your Batcomputer to an audible but safe level as the Needless Things Podcast talks Batman!:

“Procrastibate” by LeSexoflex.com
This episode’s theme song is “She Screams” by The Casket Creatures