Don't Be Nice: Lessons of The Walking Dead 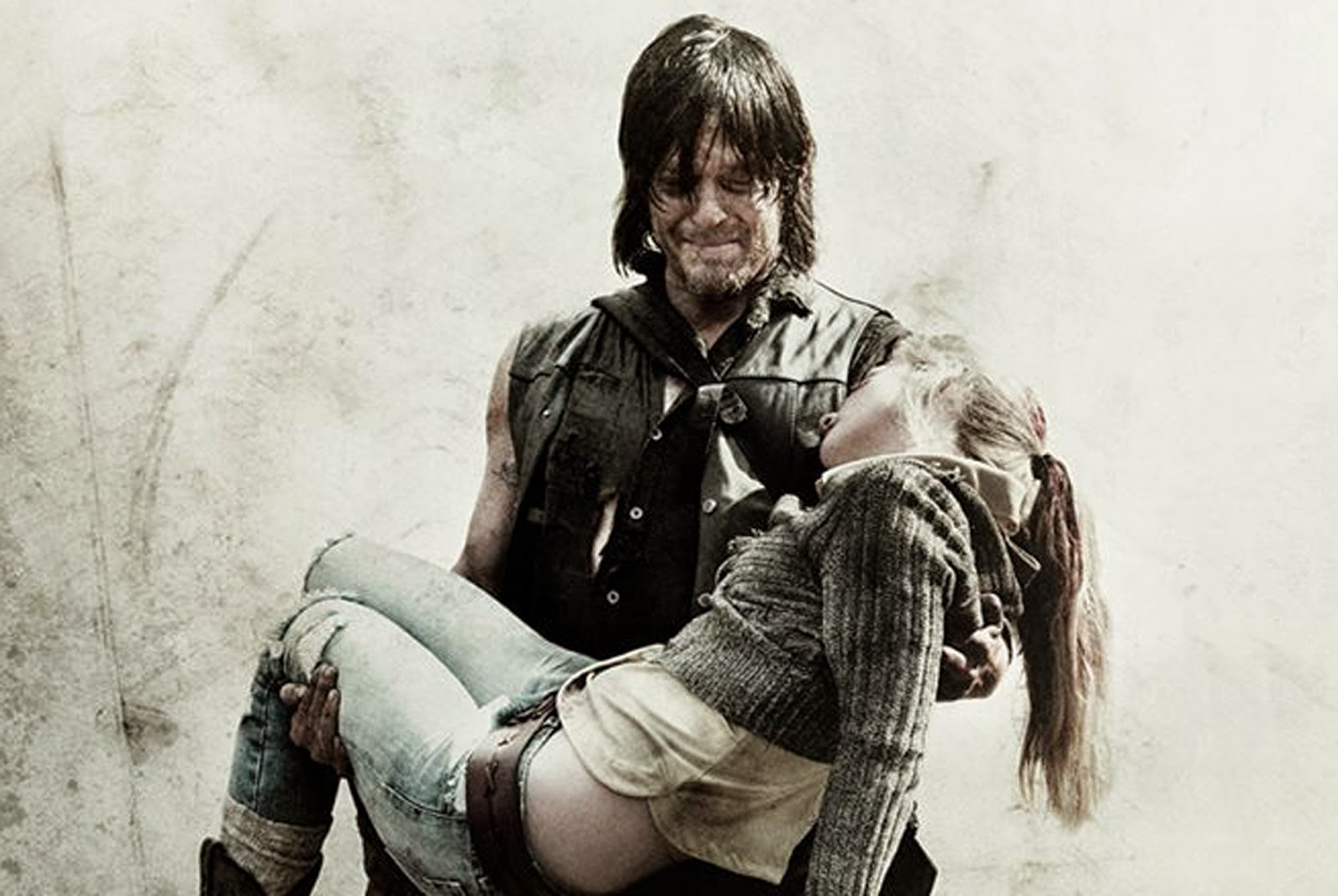 If there's one thing the latest episode of The Walking Dead has taught me it's that you won't last very long in the zombie apocalypse if you're a good person trying to do the right thing. It also taught me that the zombie virus taking over your body makes you trip balls and have conversations with dead people (the Buffy fans will get that), but that's just a side note.
We all know that the person who carries hope for the group is going to die. It happened with Hershel, then Beth, and now with Tyreese. Andrea tried to carry the hope, but then dropped it when she started banging the Governor. Like Dale, she was too preachy to really hang onto hope for long. I'm sure they stand as characters that were carrying hope, but I found them both too irritating to want to include them. And since I'm writing this I can do what I want. Anyway, probably anyone who has even just the littlest bit of hope left will try and keep it well hidden after seeing Tyreese die so senselessly. A smart person will stay far away from the hope from here on out.

But it's not just being the person who carries the light in this extremely dark world that'll get you killed. All the way back to the beginning we see people who are good and kind killed off more quickly than those who seem to deserve it most. Look at Amy or Otis. The nice guys in the prison like Big Tiny or Axel. All of the pig flu/zombie/Carol burning victims in the prison were just decent people who wanted to live in safety. T-Dog saves Carol from walkers, and then gets chomped up like a zombie snack. Sophia and Mika don't really count because they were just innocent children, and as sad as their deaths were they were more about the loss of innocence than they were about good people dying. Jim and Lizzie were examples of people driven crazy by the new world they're forced to live in so they don't really fit into this group either. 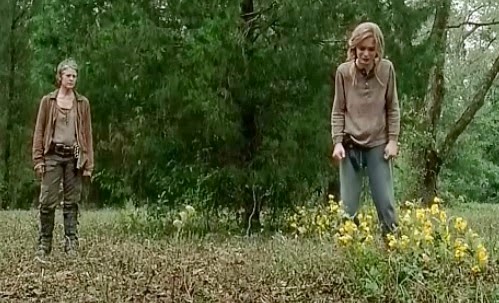 There are also people who lost their way, but went back to trying to be good and nice. Lori is the best example of this. When we first see her she's a pushy bitch carrying another man's baby, but once Rick returns she tries to do the right thing. Carl just won't stay in the damn house, and then she dies. Poor Bob fucks up, and almost gets a lot of people killed. As soon as he gets it together, finds a girlfriend, and gets happy again he's toast. Tyreese and Michonne get a little lost, but come back from the darkness. Of course Tyreese dies shortly thereafter so Michonne needs to watch herself if she doesn't want to be next. I'd say Daryl as well, but with all of the “if Daryl dies we riot” gear out there I don't think he's in any danger. He has gotten pretty soft though, and I for one would like to see a return to the darker Daryl we had earlier in the series. Not too dark though because we all know what happens to dark men on this show. Looking back at the guy Daryl used to be it's hard to believe that he's the one holing Carol back from killing Noah this season. 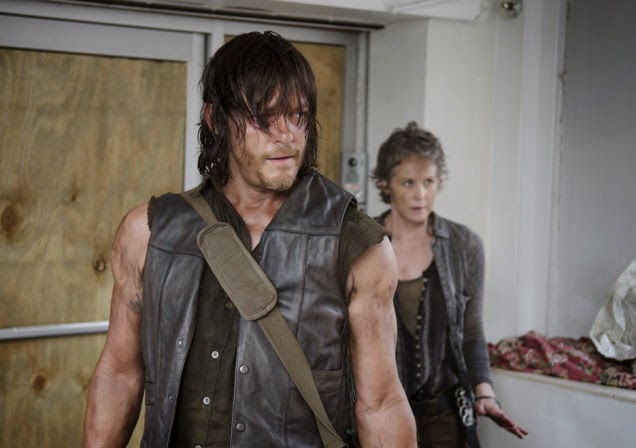 Then there are characters that were well on their way to being nice people who die horribly, but came back as super pissed-off survivors. Rick, Carol, Sasha are perfect examples of becoming the kind of people who can live in this world. They do what they need to do, and don't care if they're not nice to other people (or if they stab the shit out of them in a church). What's happened to Carl's character could have been played like a lost innocent as well, but he's spent enough time around bad-ass survivors that he seems to be on the same bus as the other people who are going to make it (for a little while longer at least). I had placed Glenn pretty high up on my dead pool because he had served his purpose, and had been just a little too nice the last few seasons. After Terminus, and the last few deaths in the group though he seems to be heading down the darker path. That probably means that Maggie is next. She's going to be a damn wreck after mourning for her sister twice (not that we saw her display much emotion the first time she thought Beth was dead), and having her die in some meaningless way will either harden Glenn completely or make him the next Tyreese.


Of course, Tyreese could have also been a victim of the Highlander rule this show seems to follow for black guys. As in “there can be only one”. T-Dog dies shortly after Tyreese shows up. I was honestly surprised that Bob got to hang around as long as he did, but we knew he was doomed since he was the weaker of the two. As soon as Noah showed up Tyreese should have seen what was happening, and gotten rid of him before the inevitable weeding out took place. Now if Noah is smart he'll shoot the next black guy they come across, and enjoy his “quickening” scene. 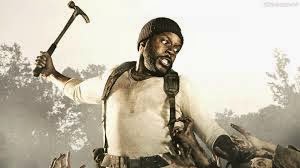 In The Walking Dead folks who really deserve to have something bad happen to them stick around much longer than they should. Sure, bad guys get their comeuppance eventually because they have to. In a just and fair world Merle, the Governor, Shane, and all the other terrible people our group runs into would get what's coming to then before any real harm was done. But obviously this world is neither fair nor just, and comeuppance is hard won.
And we should also consider that who “the good guys” are is subjective. For the people of Woodbury Rick and his group are the bad guys. Carol kills a whole bunch of people (even a little kid), but still gets weepy hugs from Daryl when he sees her again. Rick tore out a guys throat with his fucking teeth, and nobody sees him as a monster. Who's good simply depends on which side of a fight you're emotionally invested in. Our group isn't "good". They do some pretty fucked up shit to survive. In a time where everyone is just doing whatever awful things that need to be done to live how can we really say who the good people are? What we can say for certain is that being kind and loving has no place in The Walking Dead. Not for anyone who wants to live for more than a few episodes anyway. 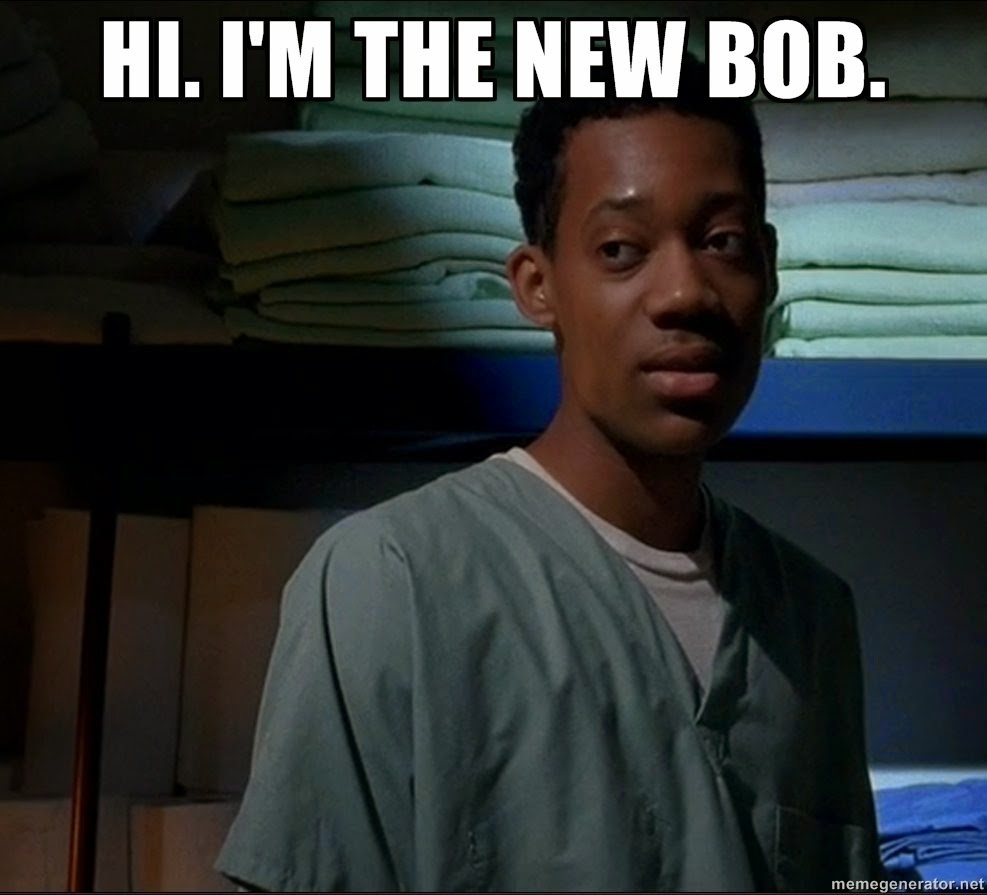