The Wyatt Family Stack Down Review 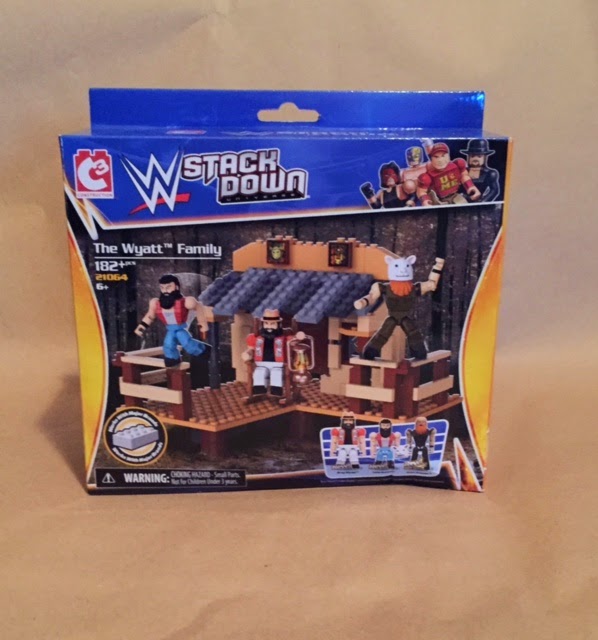 When I first saw this Stack Down series based on the WWE Universe my first thought was "Oh, look a LEGO ripoff." There is a reason for that so first let me explain. I think it's safe to say (for now at least) that I am the Needless Things LEGO guy. I am admittedly a brick addict for what I feel is the best toy company in existence. They may have their problems here and there but the amount of brands they have acquired and their customer service when it comes to missing pieces, its hard to argue. So when I see other build blocks that are not LEGO I tend to automatically think its not to the same level.

This is the only set I have of the Stack Down series because I absolutely love The Wyatt Family. I believe WWE dropped the ball big time with Erick Rowan, Luke Harper, and Leader Bray Wyatt. I  mean sure they had a good run (because they seem to be broken up these days but it was never really addressed) but they should have held the tag team title while Bray held the WWE Championship. As a group they were that good that they should have had a 5 month run dominating the WWE universe. But that's for another article, now onto the review.

Packaging:
I like the boxes that these figures come in because of their simplicity. I like the blue on top that makes it pop while it displays the cabin and figures clearly. Also, the figures in the bottom right hand corner are nice to see even though they are displayed with the cabin. You get a much better view with each of them standing side by side. But I love their poses with Bray Wyatt sitting in the rocking chair holding the lantern. 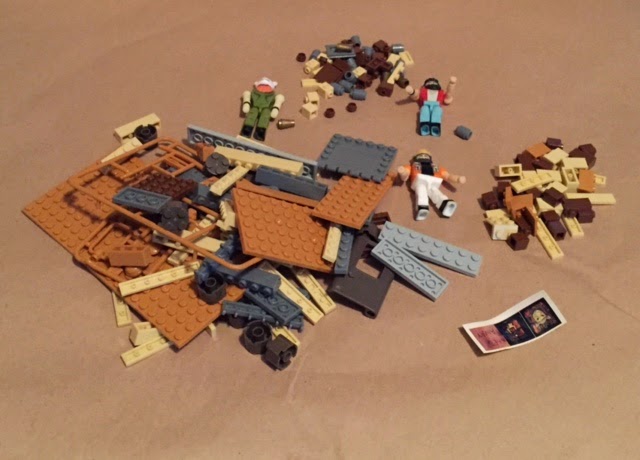 Level Of Intimidation Of The Build:
Not being LEGO, I felt very intimidated because I didn't know what I was getting myself into. It looked relatively simple but not knowing how good their instructions were going to be or how the pieces were going to fit together did scare me a bit. 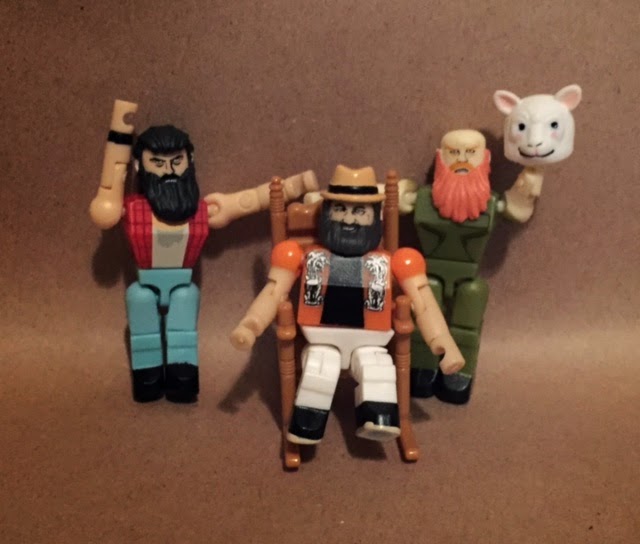 Figures:
What can I say, these aren't minifigures but I have to give it to C3 Construction that these figures are well done. The arms are a bit weird but they have shoulder and elbow joints. Also the legs have hip and knee joints. The outfits and faces are perfect likenesses of the strange trio. Its a great bonus that it comes with a rocking chair which is particularly awesome and Erick Rowan's sheep mask which fits his face perfectly. This set also comes with their signature lantern which is not pictured here.

Build Process:
There is a reason why I thought these were just LEGO set ripoffs when I first saw them. Its because they are. The pieces feel cheap and barely go together properly. Although there is something this set has in common with LEGOs and thats the fact that it never looks like enough pieces but it always is. The truth is, I did not have fun putting this set together. I struggled connecting the pieces together and  the instructions are just not as well designed as they should be. 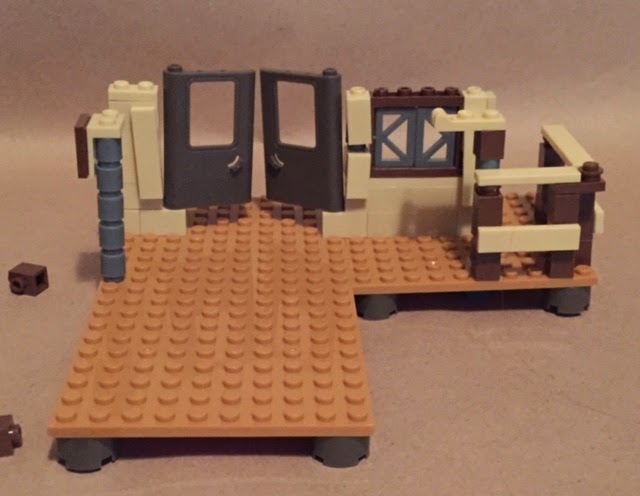 When I was putting the roof on is when disaster struck. Remember when I was talking about the pieces not going together properly. Well, I was connecting the roof when once again the pieces wouldn't fit so I had to press down hard. It turns out I was pressing too hard when the whole thing exploded and I had to start all over. I was not a happy camper. I have never had this happen when putting together my LEGO sets. I may be biased but this set did not help change that opinion.

The Windows: It opens & closes.

The Doors: They swing back and forth.

The Roof: Now the roof does move but it doesn't really serve a function. It only moves because its on a hinge and needs to be in a slant position. 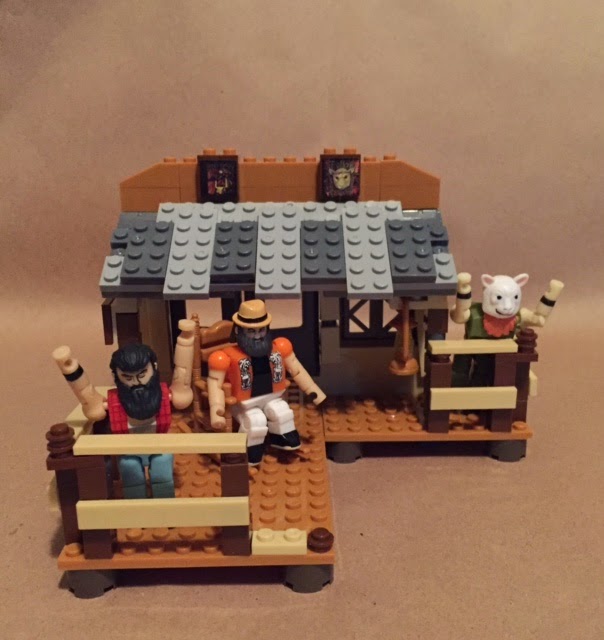 Once the set is together it looks good although I couldn't really get the figures to snap in place. I didn't want to risk shattering the set once again so just simply leaned Rowan & Harper against the rails. It works.

Overall:
Once this set is put together I have to admit its a pretty cool looking piece. But its missing what a building block toy set should have which is fun. This was not fun to put together. Nothing fit right and I couldn't imagine a child trying to put this set together because of how cheap the pieces are made. The figures are definitely the best part of this set but the hands are just too weird looking but thats their only flaw. This would not be a good set to play with because of how loose the blocks are and simply fall off if they are breathed on.

I really wanted to like this set, I really did but it did not win me over with the Stack Down series. There is a reason LEGO is the best and this company did the exact opposite. There are some cool looking sets with other wrestlers from the WWE Universe but I am not sold on buying anymore of these to put together. Although it might be worth it to have more figures so they could fight because they are highly posable figures. They make the members of the shield which would be a cool looking battle scene.

Overall, I have to say the building process was a big fail. Once this set is together its fine but whatever you do don't touch it or it might just fall to pieces and that just simply shouldn't happen with a toy.