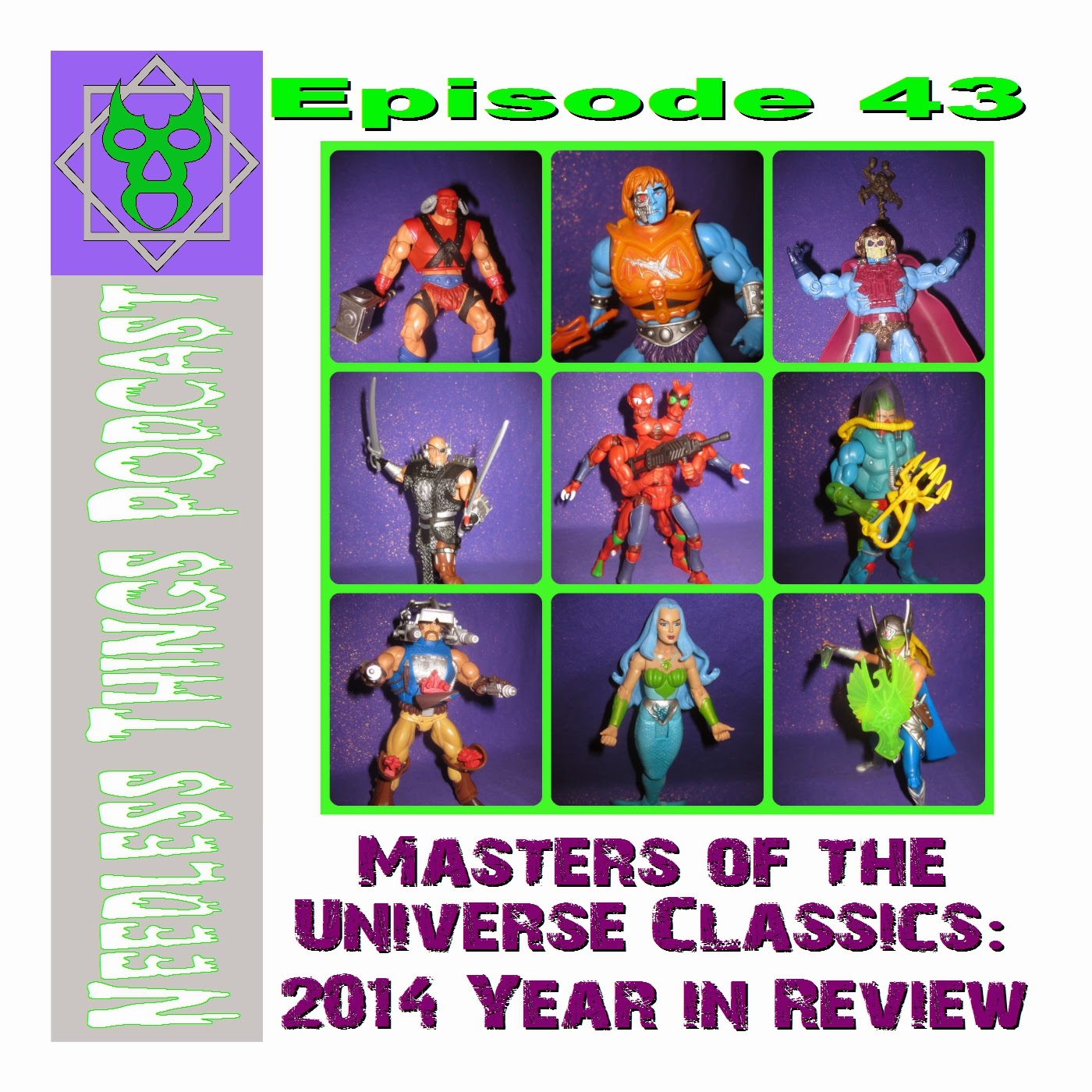 Phantom Troublemaker and Mr. Beau Brown reunite to take a look back at last year’s Masters of the Universe Classics releases from Mattycollector.com!

As it turns out, 2014 was the penultimate year of the Masters toy line and Mattel delivered big. While there wasn’t a big release like Castle Grayskull, the releases were more consistently good than they’ve ever been. With impressive toys like Modulok, Extendar, and the surprisingly good Eldor, there were more highs than lows. Mattel also offered the second vehicle in the line – the Battle Ram – and yet another specialty subscription – Club Etheria.

Beau and Phantom run down all of the releases of the regular line and Beau gives attention to the Battle Ram and Club Etheria, which Phantom passed on.

Tune in and listen as two guys that genuinely love toys and He-Man have fun talking about the next-to-last year of what has turned out to be a legendary toy line worthy of the Most Powerful Man in the Universe!: