Mickey Mouse Is A Jerk 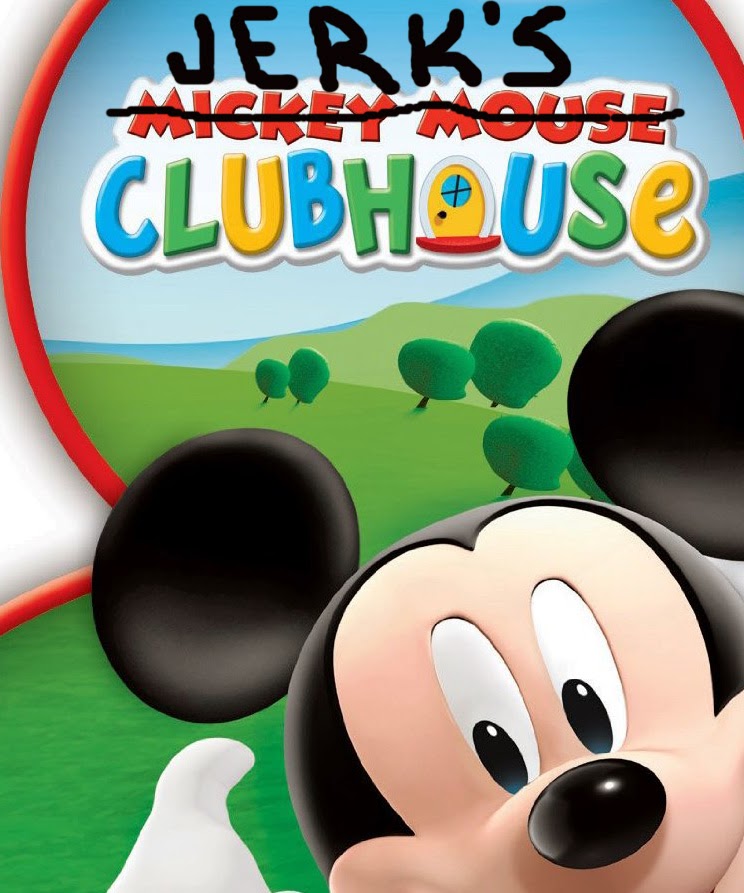 Right now, there are children crying and mothers covering their babies eyes. What kind of monster would say such an awful thing about one of the most beloved characters of our time? An innocent mouse who brings nothing but happiness to people all over the world. You must be thinking, "Wow, he must have a ton of evidence against the lovable little rodent to make such a fierce accusation". In fact, I don't. I have only one instance of Mickey Mouse revealing himself to be a jerk. Just one is all I need.


It happens on Disney Junior's television show the Mickey Mouse Clubhouse. Specifically, on season 2, episode five called “Minnie's Picnic” from February 14, 2008. Now, due to the amazing technology of DVR (and being at a friends house who has a child that watches the show 24/7) I was able to catch the shocking proof. The show is targeted at preschoolers and teaches them important lessons like working together and using tools to get the job done. But hidden deep within is the truth that amongst all the laughing and supposed friendship, Mickey Mouse really doesn't care about his friends.

First, we pause for our very first (and possibly last) Mickey Mouse Clubhouse Trivia! The theme song to the show is written and performed by They Might Be Giants. This same band is also responsible for the most annoying (& catchiest) song ever which is appropriately titled "Hot Dog". I say appropriately because that's pretty much the only lyric in the song. Oh, and this song is played in every episode so it will be forever embedded into your skull.

The episode is all about how Minnie wants to have a picnic. So they spend time getting ready to go when they finally get to the perfect site for the picnic. As they are setting up the picnic, they realize that the blanket is not big enough so they have to get another blanket. Once they have the two blankets down, a wind storm comes along and blows them into a tree. They have to use this mousekadoer thing named Toodles (Don't ask me to explain it) to get a ladder which will help get the blankets down. Then, someone spills punch all over the blankets so they have to use the mousekadoer thing (again don't ask me to explain) in order to get a sponge to clean up said mess.

I know, I know, at this point you are thinking, well what has Mickey Mouse done that reveals him to be a jerk. Just wait for it folks.

So just as the group of friends is getting ready for their picnic, another gust of wind comes by and once again wrecks havoc on those blankets. At this point everyone is sad and frustrated although Donald Duck is the only real hot head of the group. When Mickey sees that all of his friends are disappointed that the picnic is a bust he has a solution. He says “It's Mickey Park and anything can happen here.”

Meanwhile, he walks over to a tree and pulls a lever causing a hill to open up. What comes out of said hilltop you ask? Why, what else than a giant pavilion for them to have there picnic under. The pavilion did not only offer shelter but also a pair of robotic Mickey Mouse hands that not only passed out the plates but also cooked the hotdogs while serving each of them.

You might be saying to yourself, well that sounds awfully nice of Mickey to do that. However, I would like to point out that he was able to do this the ENTIRE time. He sat back and watched as his friends went through all of this trouble when at any given moment he could have pulled this lever and all their troubles would have went away.

What kind of jerk sits there and watches his friends be miserable when all he had to do was pull a lever. I'll tell you what kind, a Mickey Mouse kind of jerk.