Just send an e-mail to phantomtroublemaker@gmail.com with the subject “Winter Wonderland” telling us one item you would take with you if you were going down the rabbit hole into the wild world of Wonderland.

Be sure to include your name, phone number (in case we need to contact the winner), and mailing address.
Contest runs now through midnight on December 13th, 2014. One entry per individual.

I am still confused that this is number twelve of this series. If you have been keeping track than you know that the LEGO movie minifigures line was number eleven. Well, then back in the summer, LEGO released The Simpsons minifigures which I was under the impression was number twelve. I was wrong. Apparently, The Simpsons are special enough not to be included in the regular series. When those were released the price went from 2.99 to 3.99 and I was afraid this price was going to hold. There is good news and bad news. It's both. I have found them for 2.99 at Target & 3.99 at Walmart.

Not sure why there is such a big price difference between the two but just check around before you commit to buying them.


When I first saw the pics I was pleased with the variety and some of the originality that went into putting this line is together. None of them really struck me as amazing in the pics but I am glad to announce that in person some of these figures really stand out. Apparently, this line is based around the ONLINE LEGO game which you should be able to find.....online. Okay, now that all that is out of the way, lets get down to looking at them. 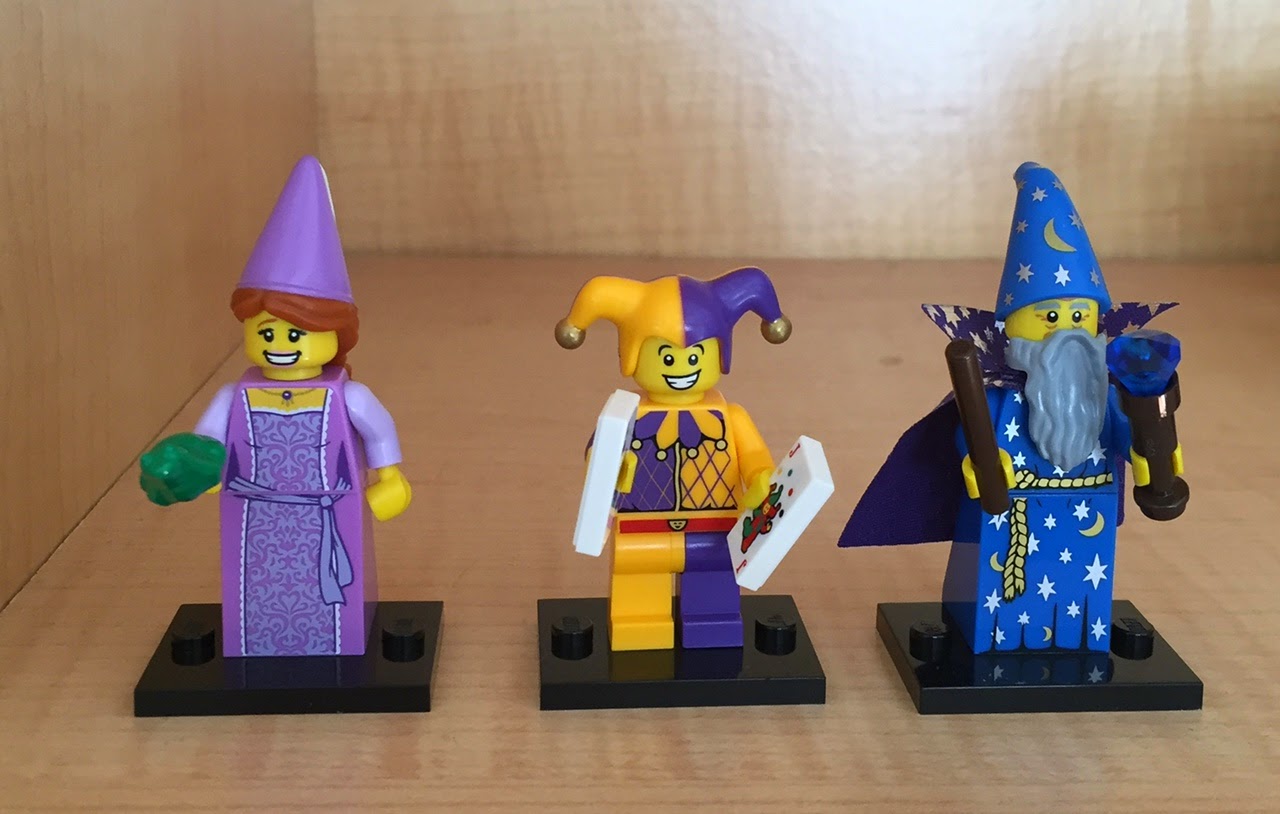 Part of me is shocked that all three of these are in the same series. Usually, when LEGO does a theme they kind of separate them into different series. But here we get a princess, a jester, and a pretty awesome wizard. If you like medieval stuff then these are a must get! 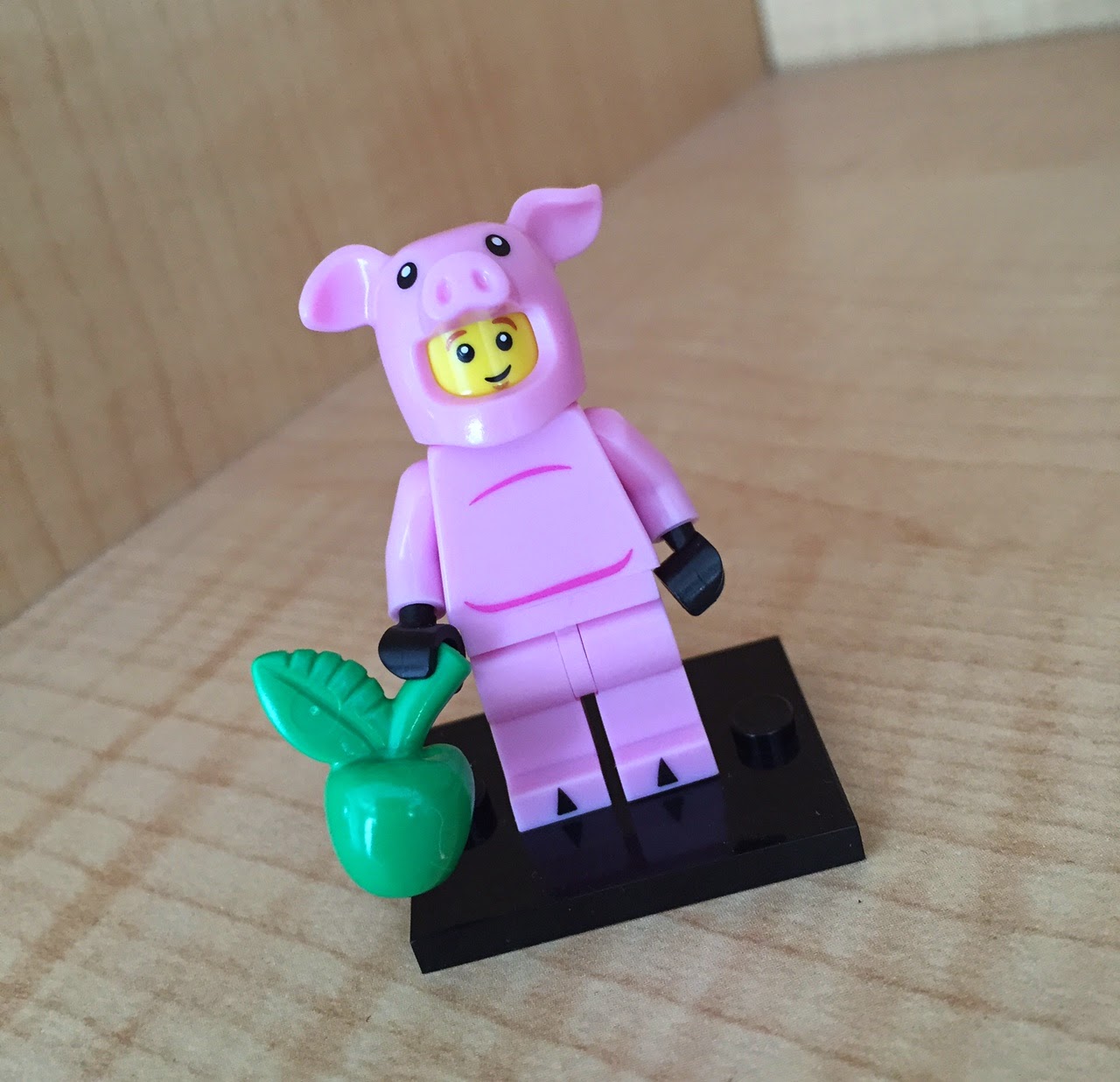 Almost every series has a person in an animal suit. I am completely okay with this because I find it hilarious for some reason. We've had one in a chicken suit, lizard suit, panda suit, and now we have one in a pig suit. Try not to laugh, I dare you. My only complaint is the accessory is an apple. One plain, green, boring, apple. Still worth getting though. 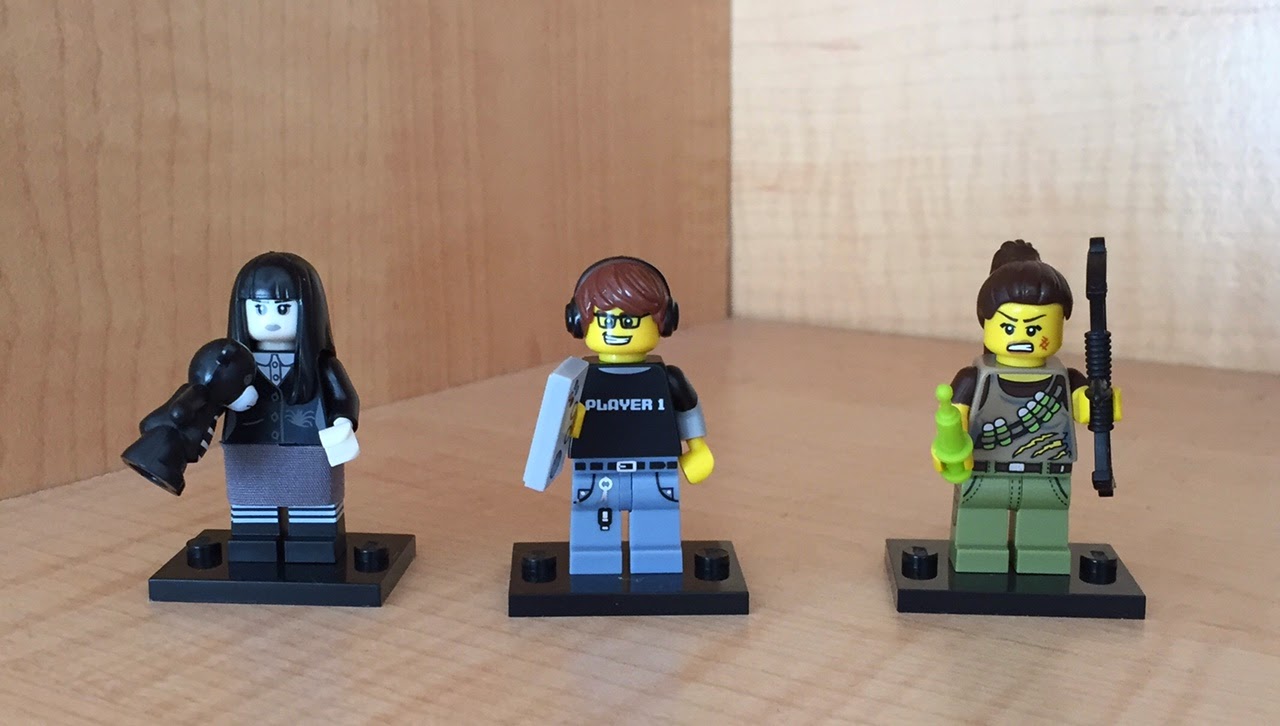 These three are by far my favorite of the series and kind of odd choices for LEGO figs in my opinion. A gamer, which could have been boring but comes with a controller but I think what really sends it over the edge is the funny Player 1 T shirt & headphones.

Also, there is a girl with a bow that may or may not look like Katniss from a certain movie that is all the rage these days.

And last but not least as the three best in the series is the most shocking to me. It's a goth girl. Yup, you read and saw it right, that a goth girl in all black is part of this series. She comes with a paper skirt, a black teddy bear, and her hair is made of a rubber material instead of the normal hard plastic. 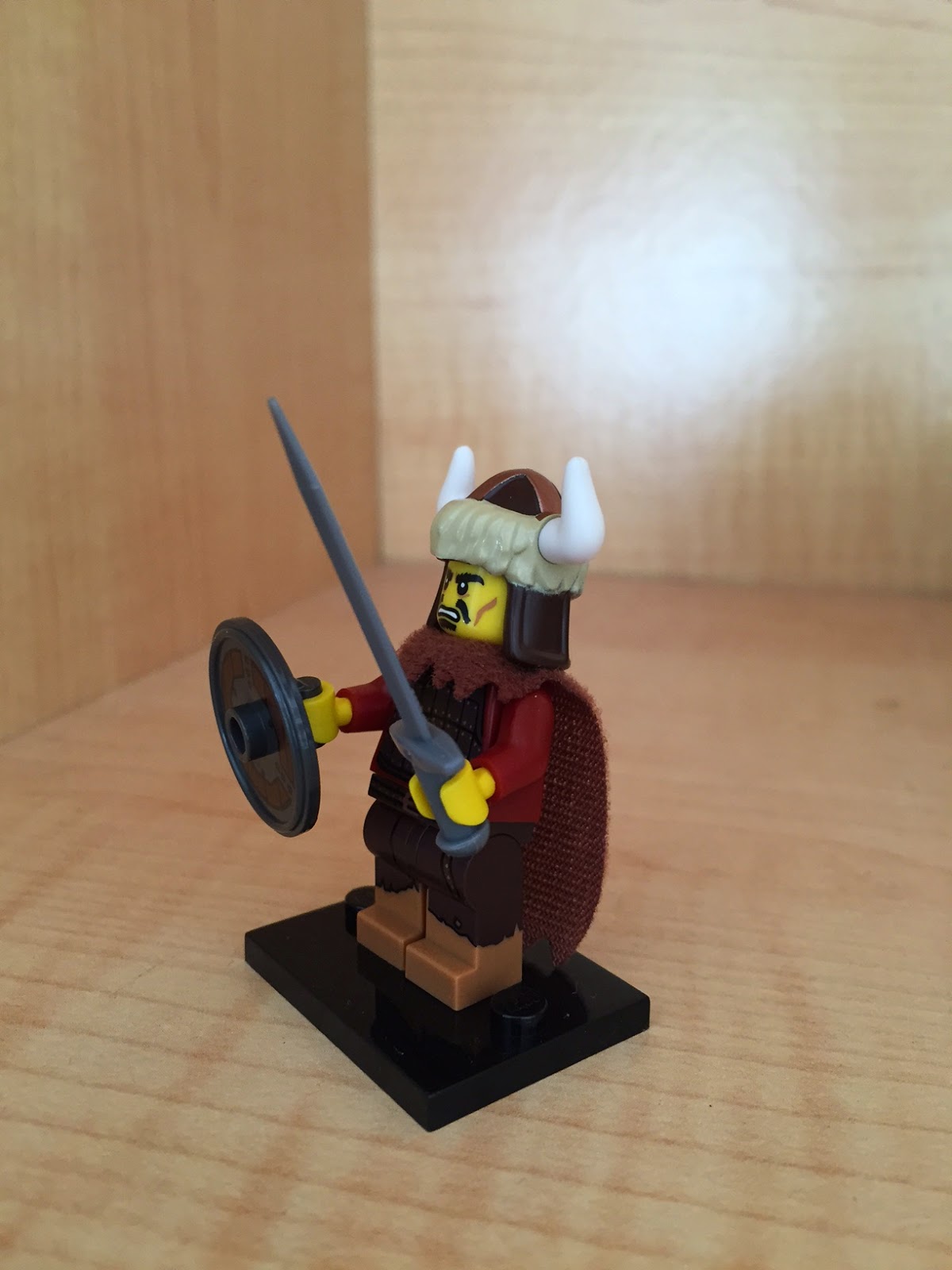 This guy is pretty cool and comes with a ton of stuff including a cool helmet, a shield, a sword, and a cape. Now, the cape is the coolest part. Why? Because its made out of cloth and not paper. I am not a fan of the paper capes and seeing this cloth one gives hope that they move to this in the future. 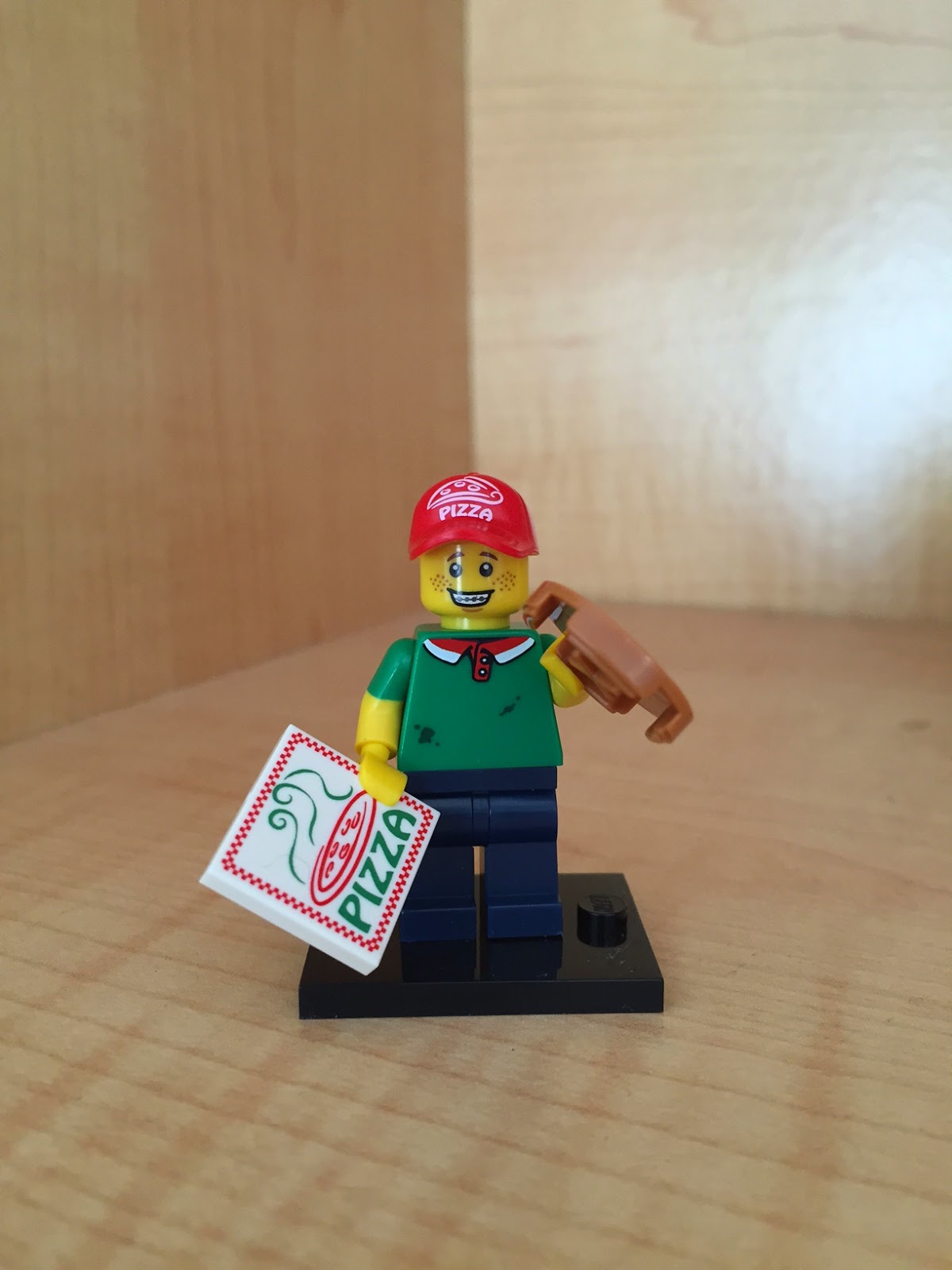 And now the most boring figure award goes to the Pizza Delivery Man. Yes, I have respect for the occupation, but I don't really need a figure of it. But if you have a pizza delivery person in your life than I'm sure they would get a kick out of this guy. 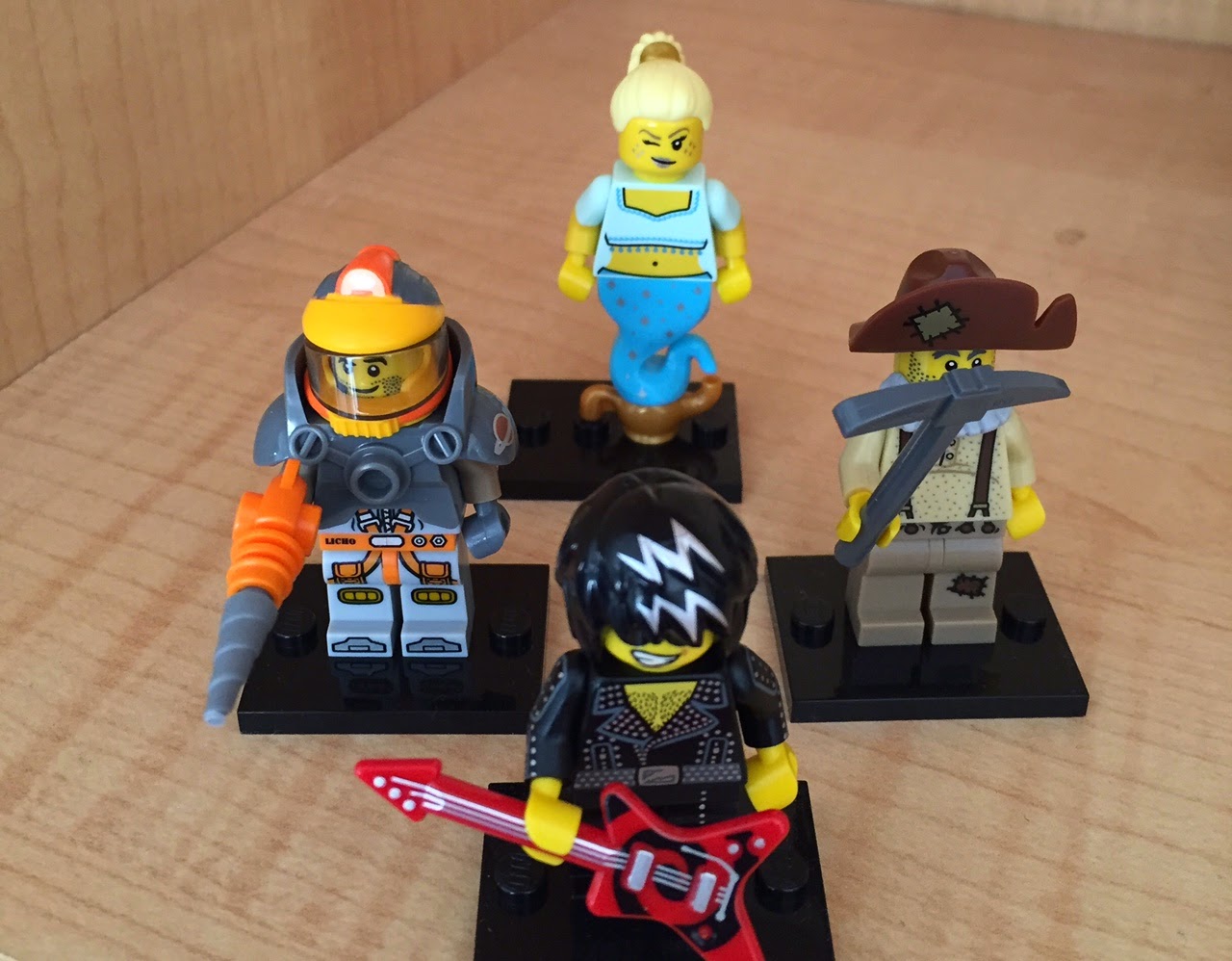 These guys get honorable mentions because they are cool. These have sort of existed already in some other forms with minor changes except for maybe the genie girl who is pretty nifty.

I did not include pics of three figures which were a roman female warrior, a three musketeers guy, and a life guard. They are good but just didn't make the cut for their own pic. The roman female warrior is cool because I have a male roman warrior from an older series. The life guard I thought was boring to me at first but he has grown on me.

Overall, this series is fun and I would say a must have even it has some side steps. Outside of the pizza delivery dude, they are all fun characters that go along good with LEGO sets. I mean technically, the pizza guy can go in the CITY sets but I'm still not a fan. I really hope that the price point stays at 2.99 as I feel that is a fair price unless they start including more accessories. If you love LEGO Minifigures as much as I do, go find this series! Like always these are in blind bags so you won't know exactly who you're getting. If you want to pick and choose who you want then head on over to eBay.

I am eager to know what series 13 will be and I have seen some prototype pics of the next series of The Simpsons and they look as fun as the previous series did.