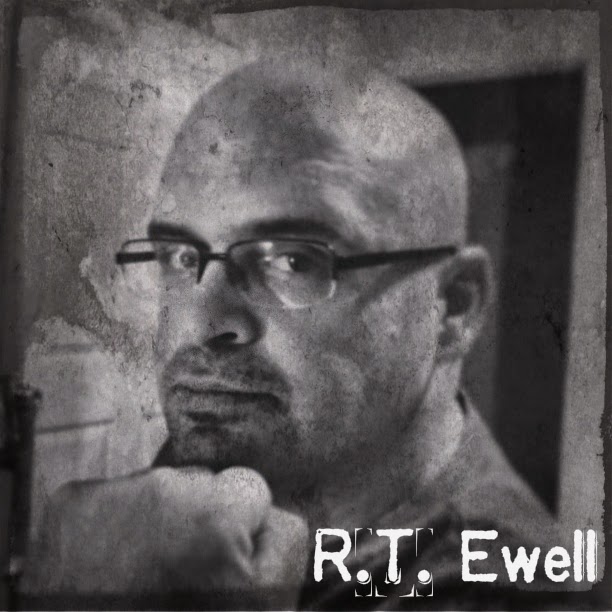 At the very end of 2013 I was scanning through Facebook when I saw a post from our good friend Phantom Troublemaker. He was asking for people to do articles for Needless Things. Now, what many people may not realize is that i was a huge fan of the site before i started writing for it. I was and still am amazed at the amount of articles that Phantom produced. In my opinion he does some of the best toy reviews on the web or anywhere else for that matter.


I had an idea for an article that I wanted to write about which was entitled My Christmas Disappointment (Sort Of). Phantom was more than happy to post my article be on the site so I was glad to write it for him. Then January came and I remember having a specific conversation with him saying that I hoped to do an article a month for him. Well flash forward a year and I have done more than twenty five. I absolutely love writing for Needless Things and am glad to be a part of the team.

A highlight of the year was of course Dragon Con. It had been many years since I was able to go and it did not disappoint. Were there a lot of people, yes but thats to be expected. I just dealt with it and had a great time despite the fact. It also might have helped that I arrived on Wednesday and left on Saturday. While there I discovered that I had a love for panels and I hope that I can attend in 2015 while expanding that love. Anytime you hear people talk about Dragon Con you will almost always hear people say its like going home. I too feel that way in the sense that I feel surrounded by people that are similar to me which is hard to find in the real world sometimes. 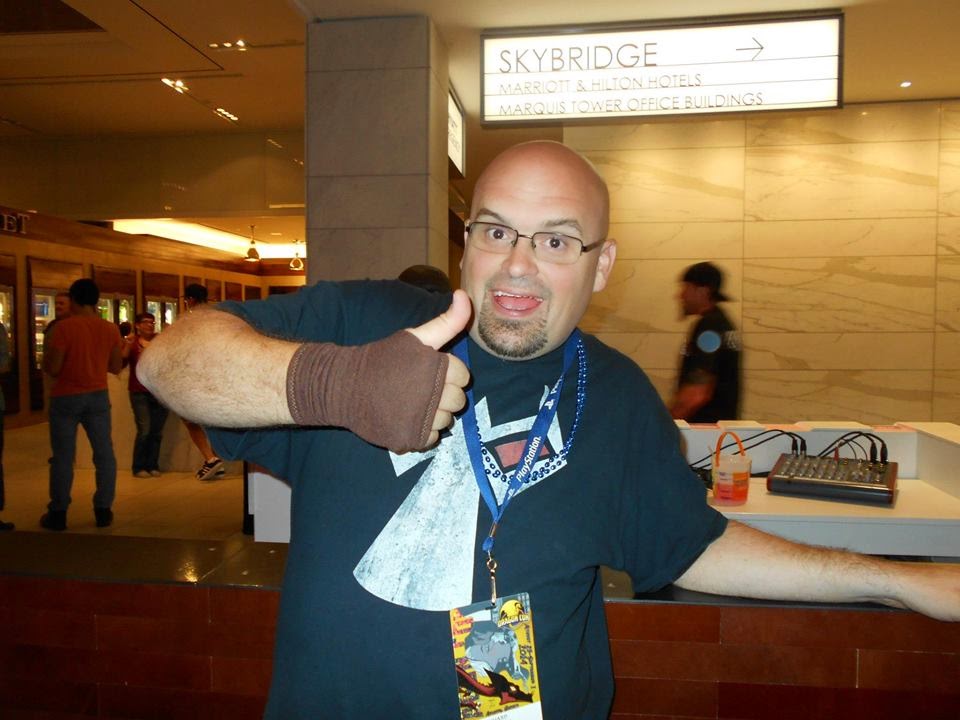 2014 was a decent year for movies especially ones geared toward the more nerdy side. Godzilla was a film that some thought was awesome while others were disappointed. One things for sure though, we could unite as one to say this film blew away the last american version of Godzilla starring Matthew Brodrick. With films like X-Men:Days Of Future Past, Captain America 2:Winter Soldier & a little hidden gem called Guardians Of The Galaxy, comic book movies went to a new level. They reached a much wider audience than ever before I think and Avengers 2 is going to do insane at the box office. One movie that took me by complete surprise was Edge Of Tomorrow. Its a fantastic sci-fi movie that got ignored by a large portion of nerds from all over. Im telling you, give this movie a chance, despite Tom Cruise being in it (who I actually like) and despite the horrible name, its a good film. The original name was All You Need Is Kill which i guess they thought would not fly with audiences. Well, the name they picked was even worse in my opinion. They should have went with the tag line as the name of the movie. Live. Die. Repeat.
Dawn of the planet of the apes was another that was a smart sci-fi movie that moved the series along nicely. I hope the next one has a bit more action and war feel to it.

Something else that happened was my addiction to LEGOs grew a bit more than the previous year. Minifigures became an obsession of mine so with the release of the Simpsons line and also series 12 which was based on their online video game. My collection definitely grew this year with some cool Chima sets as well as some sets that were based on the movie. Something that was missing on Needless Things were reviews for LEGO sets so I was more than happy to bring them to the site. Hopefully, in 2015 I will do more while getting the format and picture taking to the next level.

This year is the best writing year I have ever had. Along with Needless Things I have also started writing movie reviews for an excellent site called Cinephiliacs. There are some great reviewers over there and trust me when I say that their archive is insane. If you ever want to know thoughts about a certain movie than you should give them a look whether its old or new. I also released the third part to my short story series To Be A Killer called Mentor. And if you are a fan of needless things than you are probably well aware of the short story that we released during the month of October. It was called TheZombie 5,000 which was well received and I had a blast releasing it on the site. I have written more stories that will get some much needed editing and then hopefully be released sometime in 2015. 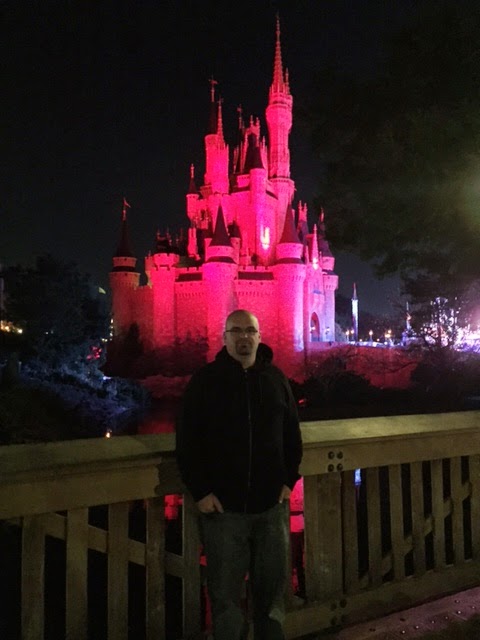 Something that happened in December was that I had the opportunity to head down to Orlando, Florida to go to Disney World for one day. One very long fun filled day. 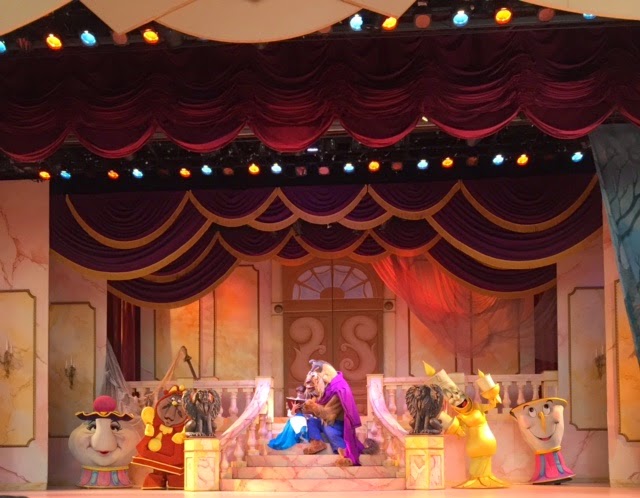 I got to see some of the shows like Beauty and the Beast and also went to Epcot. I highly recommend the ride Test Track over at Epcot because its a blast! Over at the Magic Kingdom I got to ride Space Mountain. For years I've heard people talk about Space Mountain and it did not disappoint. The experience was great including seeing the castle turn to ice by none other than Frozen's Elsa. 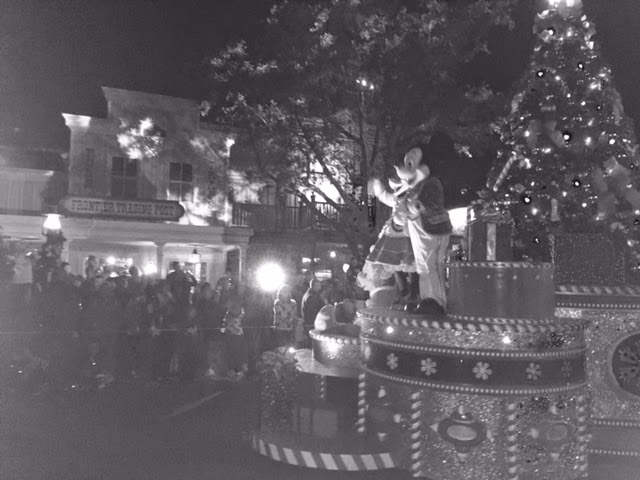 I discovered a lot about myself particularity the nerdy side of me. Its funny to think when I was just a little nerd, I hid from the word. It was considered a bad thing to be but now its hip to be a nerd. The Marvel Movies and The Walking Dead are a few reasons that is the case, I believe. This year I've learned to embrace my nerdy side even more which has made me be a person that I have wanted to be for so long. If I choose to wear or do something others don’t understand, I just simply explain myself. Where as before i would have gotten embarrassed. Now I just simply embrace it.

I want to thank Phantom TroubleMaker for creating Needless Things and allowing me to be a part of the site. And to all the readers who enjoy the site and read any of my articles, I want to thank you for all the support. I would also like to thank any of the contributors that dedicate their time (lots of time) to Needless Things.

I am starting a new venture in life so I am hoping 2015 will allow me to continue to write for all the nerdy world to see. To end out the year i would like to quote one of my favorite movies.