I wanted to make list that may help people buy LEGOs for a fan no matter their age. Grant you some of these are not the newest things out there but I chose a variety that could appeal to many different fans. Also, I tried to think about price points too. I chose one crazy expensive set and then went somewhat mild on the others. 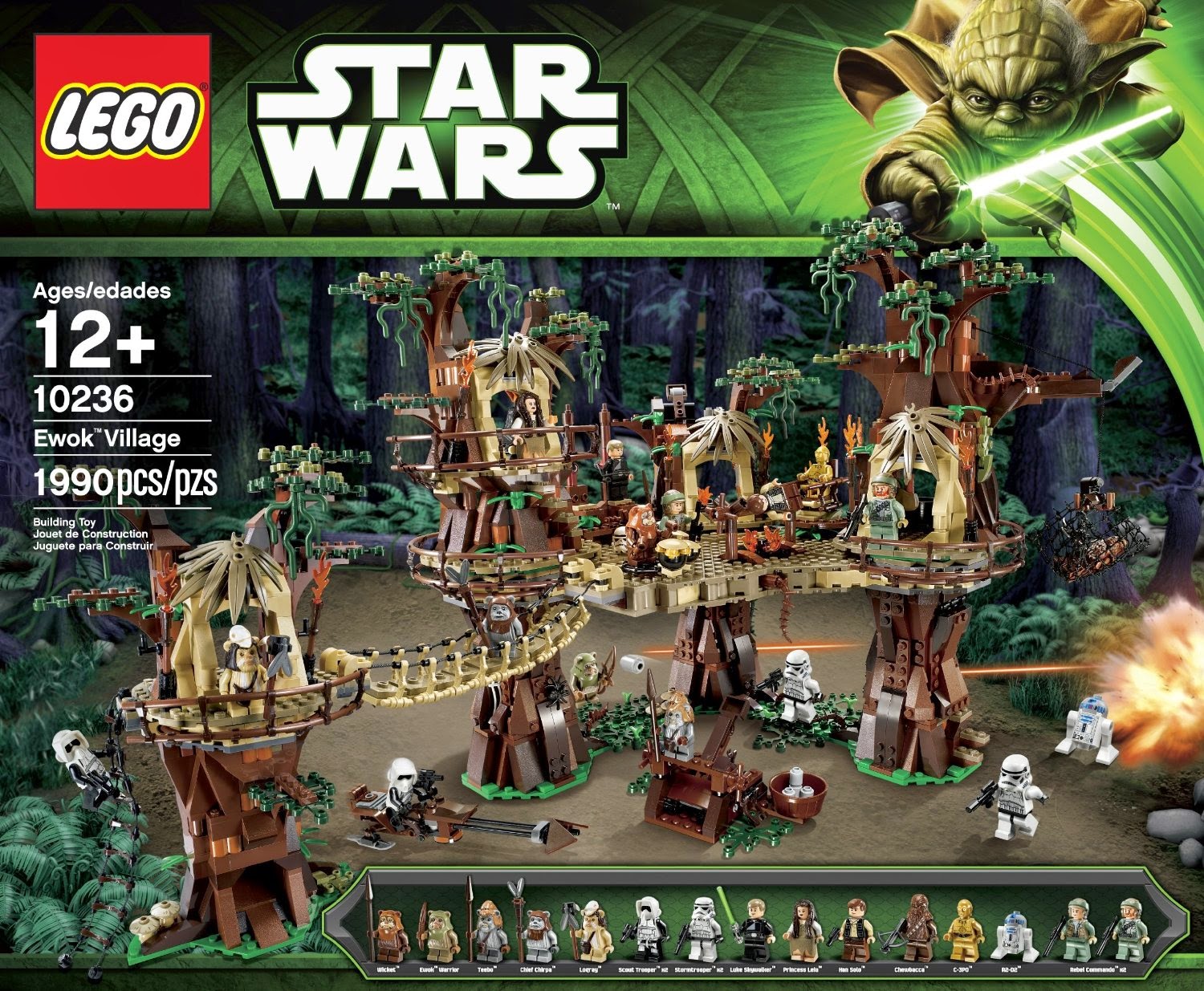 Out of Episodes Four, Five, and Six, Return Of The Jedi is widely hated by many of my adult Star Wars fan friends of mine. It's often considered the one that is strictly geared towards kids because of the cute, the fury, the Ewoks. Now, I am not huge on Star Wars, although the Lego Star Wars line is incredible. And this set just proves how the Ewok Village was made for the LEGO brand.

I have always loved LEGO trees because of the way that they build trunks and branches. It looks a little abstract while being realistic at the exact same time which is pretty tough to do. This set comes with an impressive sixteen minifigures that includes five different Ewoks and six main characters that are in their Return Of The Jedi outfits. Also, it comes with a speeder bike and scout trooper which is very cool.

With the outrageous price tag of 249.99, certainly it won't be under every tree this Christmas but if you are looking for a big gift to give someone (especially one that's a Star Wars fan) than look no further.

*This one is best found online due to most stores not carrying because of the price tag. 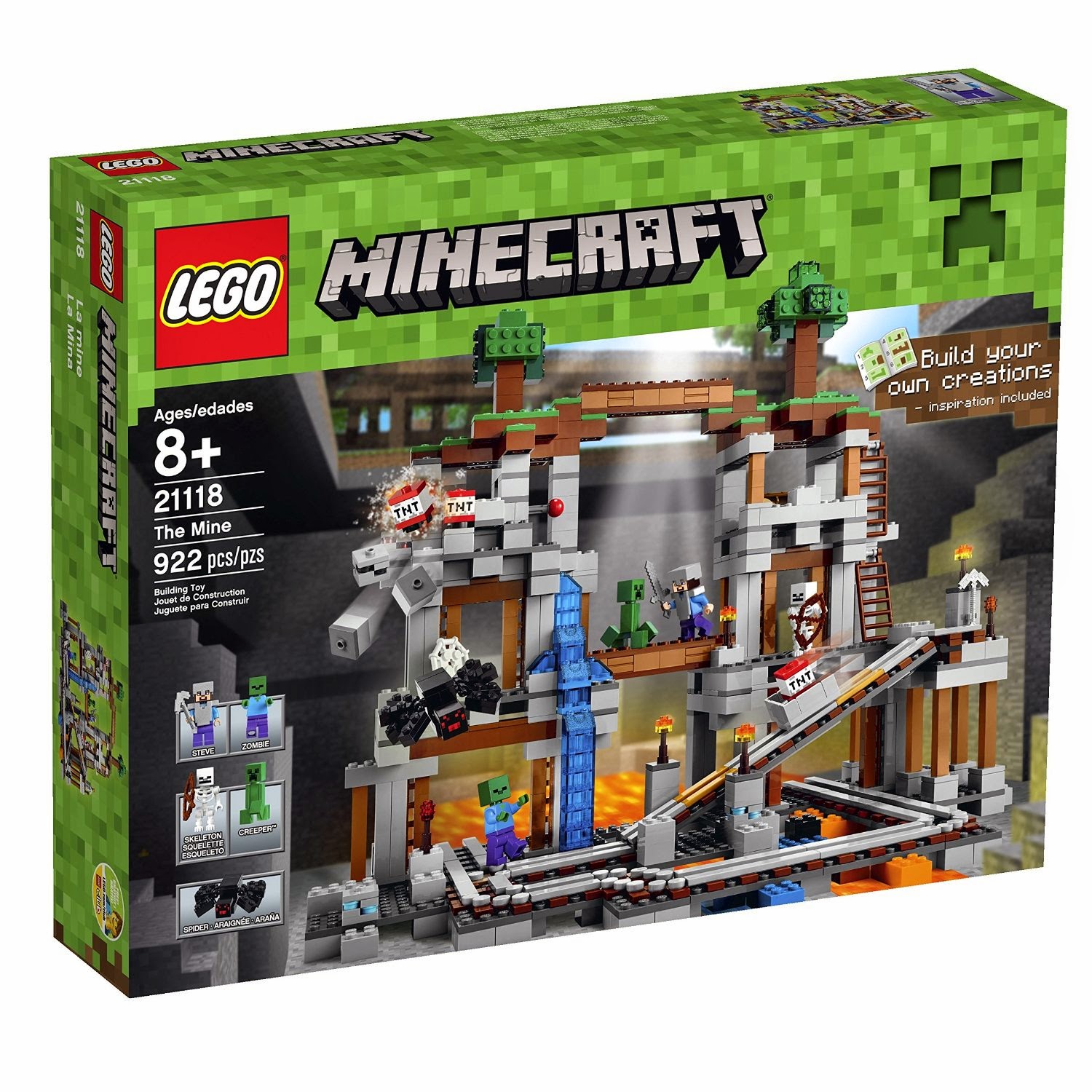 I will not claim to understand the phenomenon that is Minecraft. However, I can certainly appreciate something that has a fan base such as this game turned LEGO sets. I have watched people play the game but still don't quite get the attraction to it. That being said, these sets are pretty awesome and seem to be accurate to the game.

Some of the sets include The Ender Dragon, The Cave, The Farm, The First Night, and the show piece of the set, The Mine. 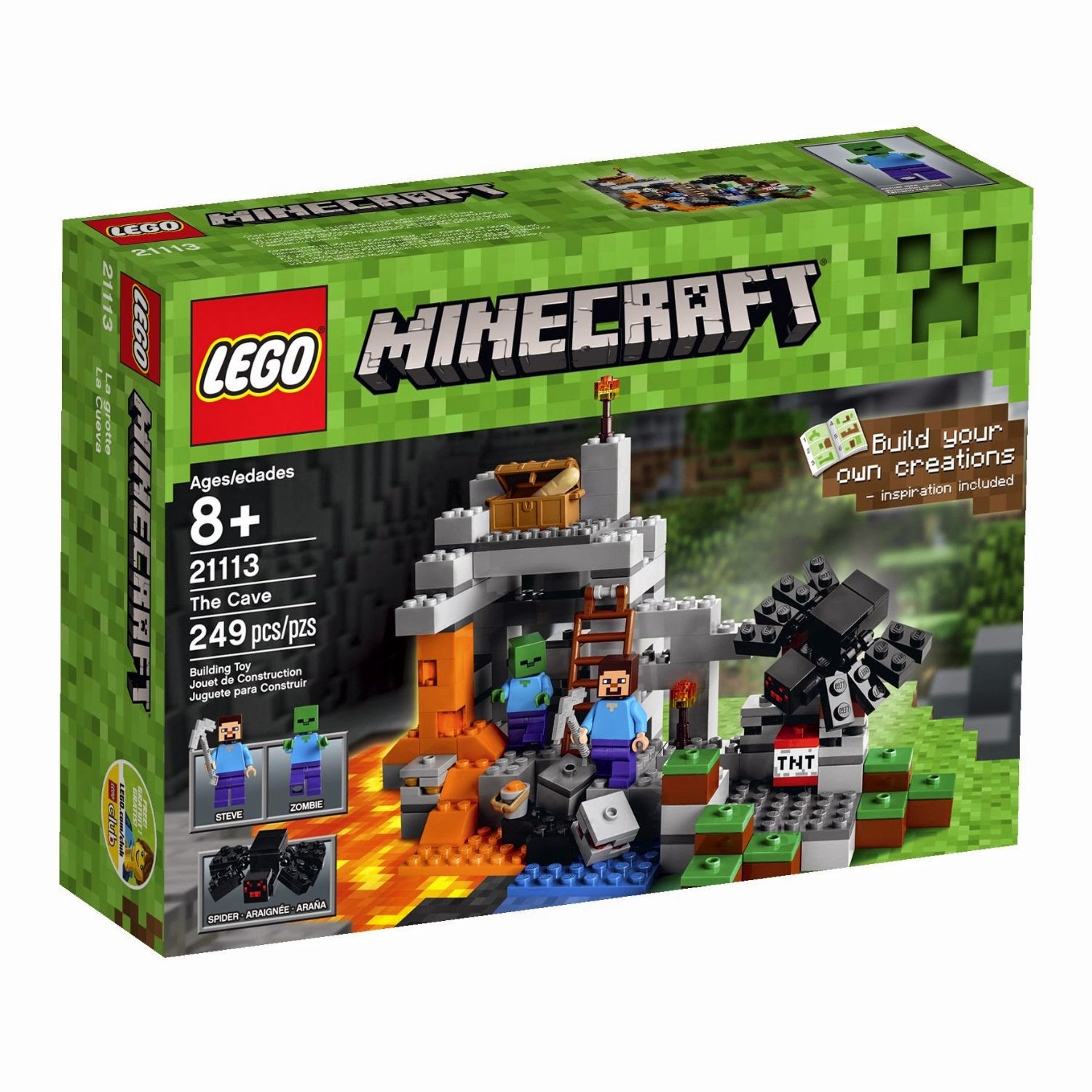 If you have a little or big fan of this video game then I don't think you can go wrong with any of these LEGO sets that are fairly priced. 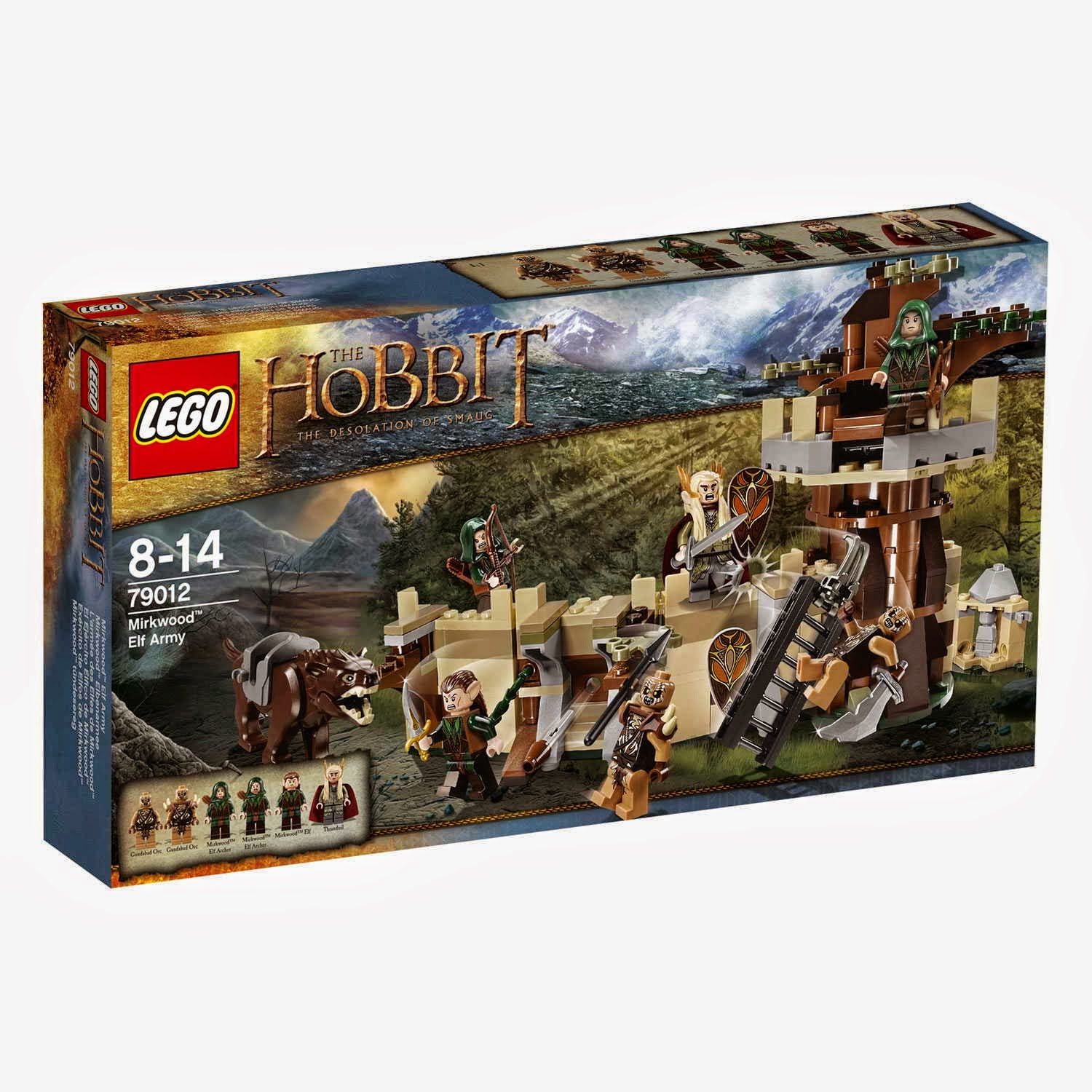 With the new Hobbit movie coming out this year I wanted to choose a set that could be a big hit. This Mirkwood Elf Army set is insane with the minifigures that any kid (no matter the age) would love to have. The figures in this set are good for battles and army building and also includes a Warg which is a brown, panther, looking creature. It also comes with a wall which as a bonus has a tree as a part of it.

For the price you can't go wrong with this set for The Hobbit fan looking to add to their collection.

If you have ever read any of my articles on Legos than you know I absolutely love the LEGO Minifigures. They are the little LEGO people and they come in blind bag packaging. That means that you don't know which figure you will get until you buy it and open it. If you want a specific one than your best bet is to go to Ebay and pay a bit more. That way you are guaranteed to get the one you want.

Series 12 does not disappoint. It has some great figures including one that has a remarkable resemblance to Katniss from The Hunger Games. There is also a Jester and a lamp complete with genie. One of my favorites is a very simple one. Its a gamer that is wearing player one t shirt with headphones and a controller.

These are extremely fun to collect and can be fun gifts no matter what the age. 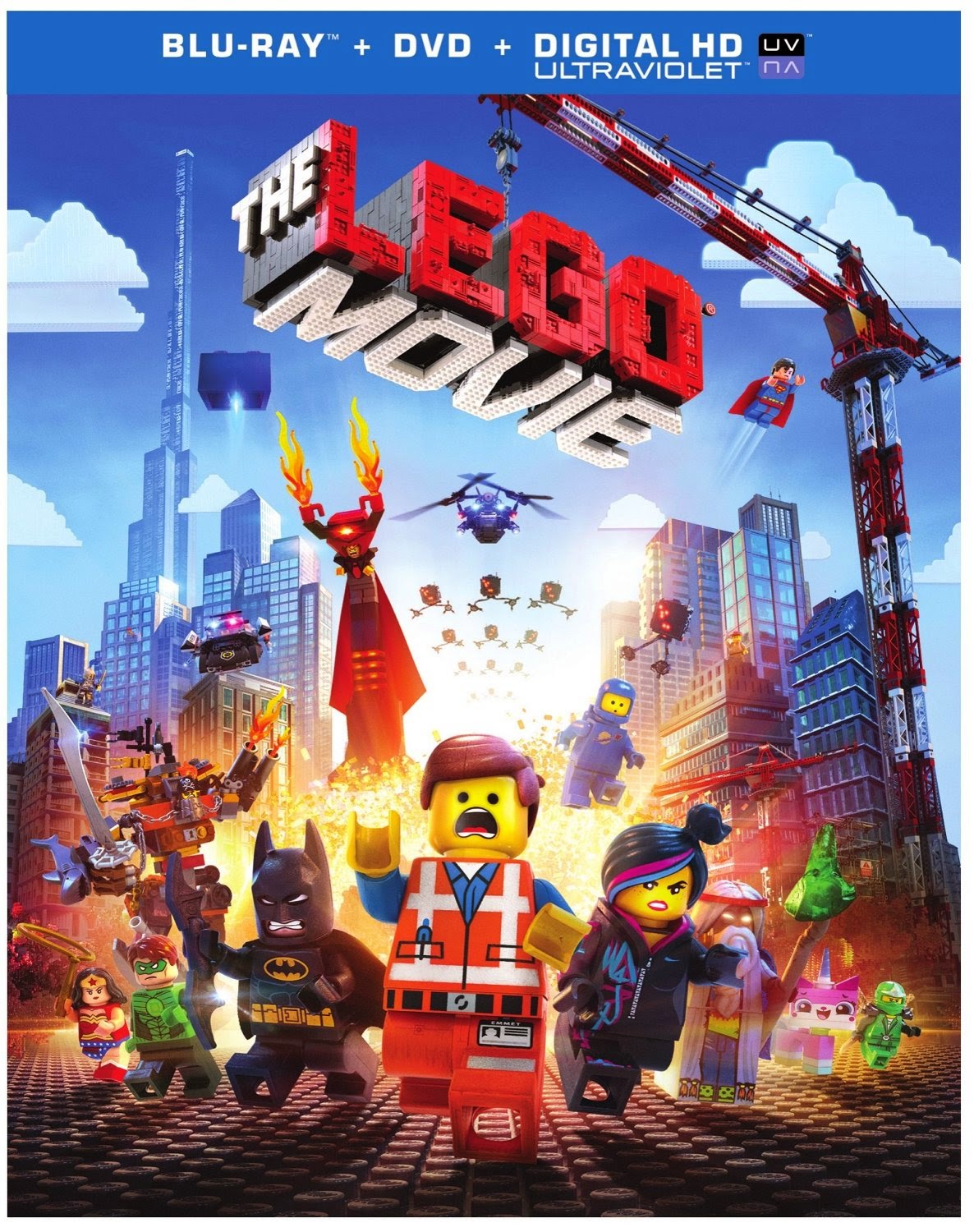 If you have been living under a rock in 2014 than let me tell you, there was a LEGO movie released. I will also tell you that the movie is fantastic. Truly, it is a wonderful film that will capture the attention of LEGO & NON-LEGO fans of any age. I was extremely excited for this movie but after I watched it I was completely and utterly blown away.

I won't say much about the story as to not ruin anything but this movie is chocked full of original characters and some cameos of characters that everyone will know.

The best part of this LEGO movie is that it embraces everything that makes the LEGO brand what it is. It is plain to see that this movie was made by people that truly love the brick toy line and respected it enough to do what this movie pulled off.

Oh, and don't think this is a kids movie, it is, but it also holds a valuable lesson that can teach adults a little something too.

You may look at this list and think that's it? Well no its not but it is a short list that might give you a few ideas no matter what your LEGO fan is into. There should be something here they will enjoy.

*All Pictures Are From Amazon*