The Horror Of Adam Green 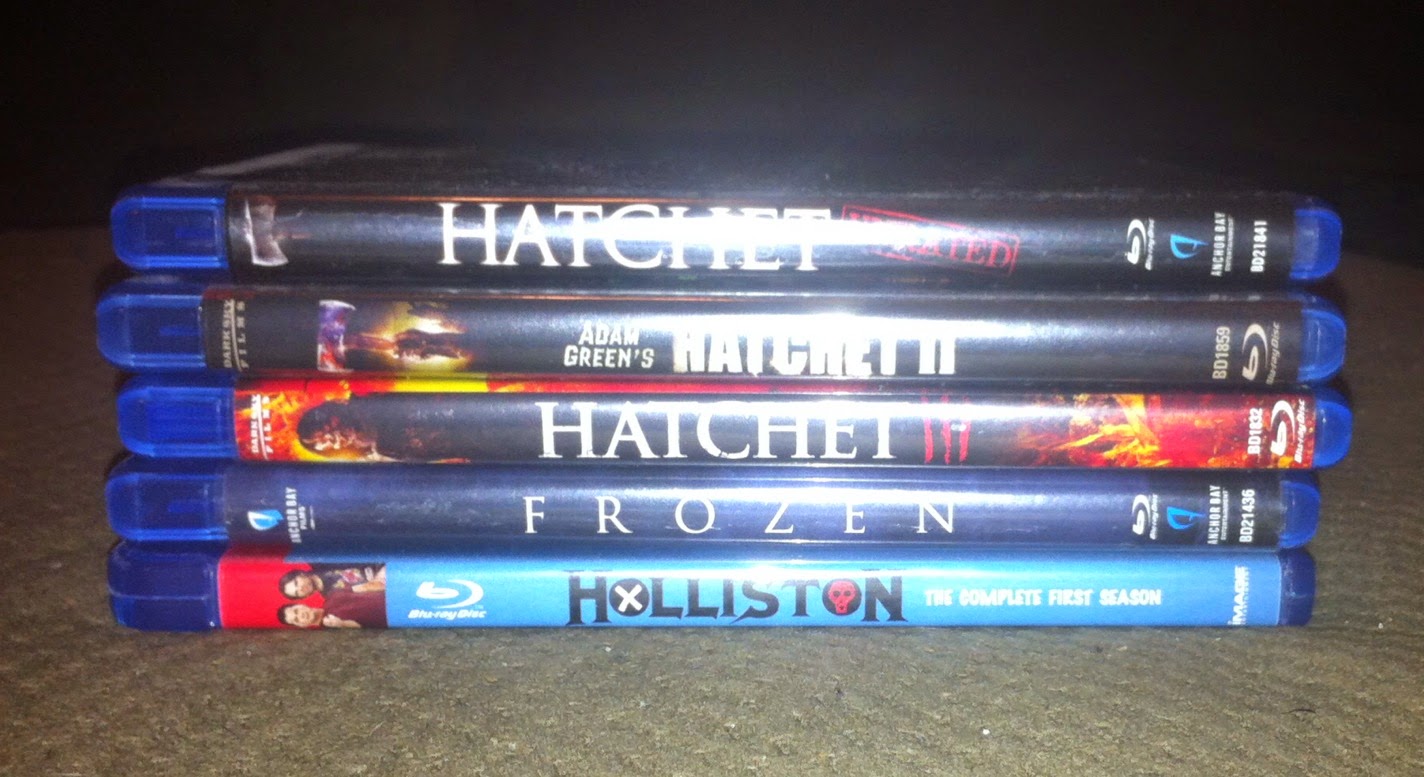 I listen and read so much horror, I sometimes forget where I discover things. It was a few years ago that something led me into the direction of Writer/Director Adam Green's work. I can't exactly remember what led me there but boy am i glad it happened.


Hatchet was all a buzz among horror fans. It described itself as a throwback to 80's slasher flicks. In a world of remakes & rehashes, this looked like a promising start to an original horror franchise. When it was released, it delivered on all fronts.

It gave us a brand new slasher villain with Victor Crowley, who had a solid backstory. At the same time it provided what had been missing in the horror world. Fun. It was gory fun with a scary new horror icon. It also didn't hurt that Kane Hodder, Jason from Friday the 13th parts 7 thru 8 played the role of Crowley.

Immediately, Adam Green had cemented his spot in the horror community. After Hatchet, he along with Joel David Moore directed the psychological thriller Spiral. Moore also stars in the movie and really shows his acting chops in that one.

There was a lot of buzz about an upcoming sequel to Hatchet but before it would be released, Green would write and direct his most serious horror movie to date. I am referring to his movie Frozen. No. I'm not referring to the disney sensation. Green's Frozen was the story of three friends that are trapped on a ski lift. If it sounds ridiculous, its really not. Green does a great job at making the plot as believable as he could. It's a terrifying story with terrific acting making it a much watch for horror fans. Lots of cringe worthy moments on this one. Oh, if you look close, you might just see Kane Hodder in this one too.

Later in 2010, Green would deliver what his fans had been clambering for since Hatchet debuted. More of Victor Crowley. A sequel was on its way to its audience. Green delivered an even more of an over the top gore fest than the first one. It had a different feel than its predecessor but picked up right where it left off. A noticeable difference was replacing Hatchet's original actress, Tamara Feldman with the horror veteran herself, Danielle Harris. I am not a fan of changing characters in a franchise but if you’re going to do it, you can't go wrong with Harris.

Three years later, an announcement came that would cause some concern with fans of Hatchet. A part three was indeed coming that would be written by Green but it would not be directed by him this time around. Instead, BJ Mcdonnell would take the directors chair. I was one of the people that doubted this decision but when the movie was released, Mcdonnell definitely proved himself worthy. I'm not exactly sure how it happened but this one is even more over the top then part two. It also does a good job of continuing the lore behind Victor Crowley. One of it's new leads is also a very familiar face. Zach Galligan, who you may remember from Gremlins. Also, Derek Mears is in this one. He played Jason in the Friday the 13th and has the added benefit of being one hell of a nice guy.

Adam Green does two things very well that makes him unique. He surrounds himself with people that share his same love for horror. The reason McDonnell did so good with Hatchet lll was because he had worked on the other two as well. The other thing Green does well, are his many nods to the genre that we love, proving that he shares the same passion. If you look at his work, the amount of cameos is staggering from the horror/nerd community.

That leads me to one of my favorite things that Adam Green has done. Holliston. This is not a movie, in fact its a television series that aired on Fearnet from 2012-2013. The best I can describe this show is that its like a Disney channel show for adults. Sick, twisted, adults. It has a laugh track that fits the tone of the show perfectly. The show basically follows four friends in their geeky, horror, nerdy, lives. The cast of the show are friends in real life and it really shows. They really make you feel like part of their group which is hard to achieve on screen sometimes.

I recommend Holliston to anyone who loves horror/comedy because it has some great nods to horror while being laugh out loud funny. The other bonus to this show is the guest stars. It's insane the amount of guest stars that have been in this show. Everyone from Seth Green to Bill Moseley. Heck, Dee Snider is practically a regular. I have only seen the first season so I need to track down season 2. As far as a season three, well it's probably not going to happen anytime soon. FearNet is no longer a channel so with it being the home of Holliston that makes it a little tougher to move on. Now, from what I have heard, Green still owns the rights to it so it could go somewhere else.

If you are a horror fan, do yourself a favor and check out the world of Adam Green. You won't regret it. In all of his work, you can tell that he is as much of fan as you are, if not more. Hatchet is one of my favorite slasher flicks with extremely strong sequels which is hard to do for some horror franchises. If you want something that will keep you on the edge of your seat or have your girl jumping into your arms at the intensity, then I recommend Frozen. Obviously, if you want to laugh and sometimes be grossed out, then Holliston is something you may want to hunt down.

No matter what you choose, I'm sure like me, you will be glad that you discovered the horror of Adam Green.