LEGO "MIXES" It Up With Mixels 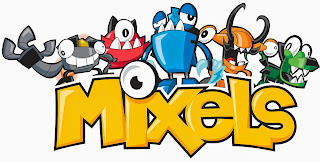 Whew, October was a crazy month. Needless Things delivered some absolutely amazing content to celebrate the creepiest month of the year. It's been far too long since I have done anything concerning LEGOs. Today I am going to remedy that. This is not going to be an official review of one item. Instead this is going to be an overview of LEGO's new series Mixels.


When I first read about these and saw pictures, I was not at all impressed. Ever since their announcement I sort of forgot about them. Sure I saw them in the stores but I never really gave them a second thought. That is until someone posted a picture on Instagram of this little guy. 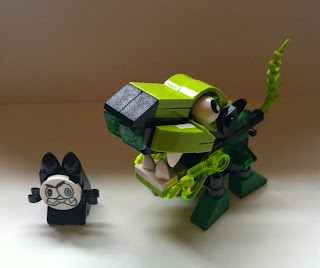 I'm sort of a sucker for dinosaurs anyway but this guy was just so gosh darn cute. I went to the store to track him down. I found him along with a couple of other guys that I just couldn't pass up. 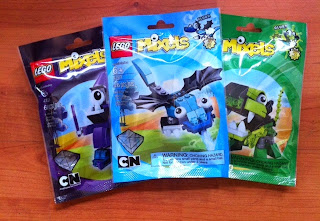 Before I get much farther, let me explain what these guys are. As of now there are four series of Mixels. The idea is that there is a color, let's say blue for example. That color has three Mixels in it which all three can be combined to make a much bigger Mixel. What LEGO does best is force its consumers to buy their product. So here if you want all three of the same color plus the one that they create, technically you have to buy doubles of each if you want them all to sit on your shelf.

Once I got the three home and put them together I discovered some of the LEGO magic that they are so good at doing. These are a quick build, about ten to fifteen minutes apiece, but they are highly customizable. Of course all LEGO products have that distinction but Mixels are the best at achieving this. There are currently four series which usually retail at 4.99. I believe there is also a Cartoon Network deal but I don't know a whole lot about that side of the line.

The three Mixels I got were Glurt (the green dinosaur pictured above), Flurr and Magnifo. What I truly love about each one is they are so drastically different from each other.

Flurr is a fun dragon looking guy that looks like he is straight out of How To Train Your Dragon 2 which may or may not be a coincidence. 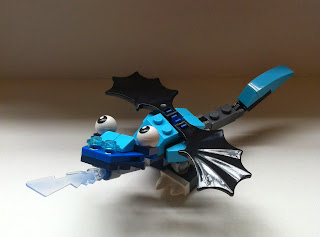 You can see by the pieces that there are a lot of little ones with some unique ones thrown in at the same time. 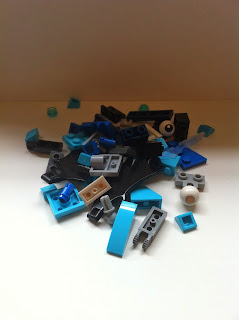 At the store I was satisfied with these two until I saw the purple wizard that I just had to have. Magnifo was just too strange for my nerd heart not to love. 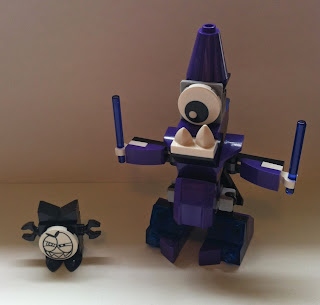 Glurt and Magnifo come with a small little creature as you can tell by the pictures. They are cute and add a little bit extra. Flurr does not come with one which I don't really understand but for the price each one is totally worth it.

What I love about this line is that it doesn't follow a movie or super hero brand. They are original characters that you don't really have to have the whole line of. Or at least I don't which surprises my OCDs. In my opinion, the Mixels line is perfect for birthdays. You know that kid's birthday party where you are never sure what to get them. Well this line is cheap enough and cool enough to satisfy any kids desire for a cool birthday present.

Mixels is a line that took me by shock of how much I like the idea. These were the only three that really captured my attention. From here on out I will only get the ones that I like. My true addiction is the LEGO Minifigures so I don't need any more lines that I just have to have. With LEGO I just pick and choose the line and don't feel I am a completest except for those darn little figures.

All of these are relatively easy to find so if you have an extra five bucks give this line a chance.