Cowabunga, Yo Joe, & I Have The Power Fever 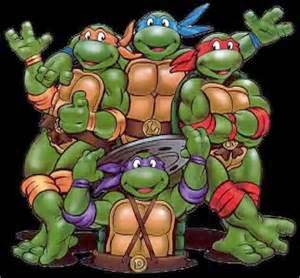 This is the third part to a series I have written about cartoons. One was called Saturday Morning Fever & the other was Weekday Afternoon Fever. In those, I skimmed over some of the more popular shows that I wanted to talk more about, so I hope you enjoy the third part in my "cartoon fever" series.

I probably don't have to tell you that Teenage Mutant Ninja Turtles is extremely hot right now. With a blockbuster summer movie, a well made cartoon on Nickelodeon, and a toy line that is filling the toy aisles, there seems to be no stopping this oddball juggernaut. This is a 20 year resurface for the four shell shocked brothers but in truth they have never really went away.


Many fans of our favorite green, pizza eating, sewer surfing, ninjas remember when they were an indy comic that was an underground hit. I was way to young to have knowledge of what originally was a dark comic but lucky for me it was good enough for some TV execs. Because before long there was a hit cartoon aimed directly at me, that I believe originally aired on Saturday mornings. It's weird because I don't have a memory of them being on Saturdays even though I was at the right age, about 10 when it debuted. Instead, I remember getting off the school bus, racing inside to watch one of my favorite cartoons. There was so much to love about the cartoon from its humor to its variety of villains to one of the coolest anti heroes ever in Casey Jones.

The toy line was one of my favorites as my “playing with toys” phase was winding down in my teenage years. There was so many innovative figures in that toy line that made for awesome fun. The designs were somewhat simple with little articulation but did an amazing job at looking like they were straight from the cartoon.

Of course G.I. Joe was extremely popular around this time as well with no short on its vision of a toy line which technically started first. Think of the cartoon as just really long commercials to sell us a plethora of good guys and baddies. It was a great cartoon that really focused on good vs evil with some pretty badass characters. Snake Eyes, Storm Shadow, Destro, and Serpentor are just a few of those very unique characters that tried to stay in reality as much as possible. Even going so far as to having a message for kids at the end of each episode because knowing is half the battle.

I remember playing with the action figures which usually ended up with the bad guys, and some of the good guys being blown up with fireworks. More specifically bottle rockets were the demise for, oddly just this figure line. I apparently didn't want to subject the other lines to this extreme death.

In my young years of collecting toys and watching cartoons there is one that ruled them all. He-Man and the Masters Of The Universe. I loved this cartoon so much. Something about it just grabbed a hold of me and wouldn’t let go. This show had the coolest and most odd characters of any show that I can think of. I remember thinking the story lines were pretty awesome and somewhat on the mature side. I remember being blown away by The Power Of The Sword. The reveal that He-Man and She-ra are brother and sister. Mind=Blown. Its probably the first time I officially nerded out about anything. 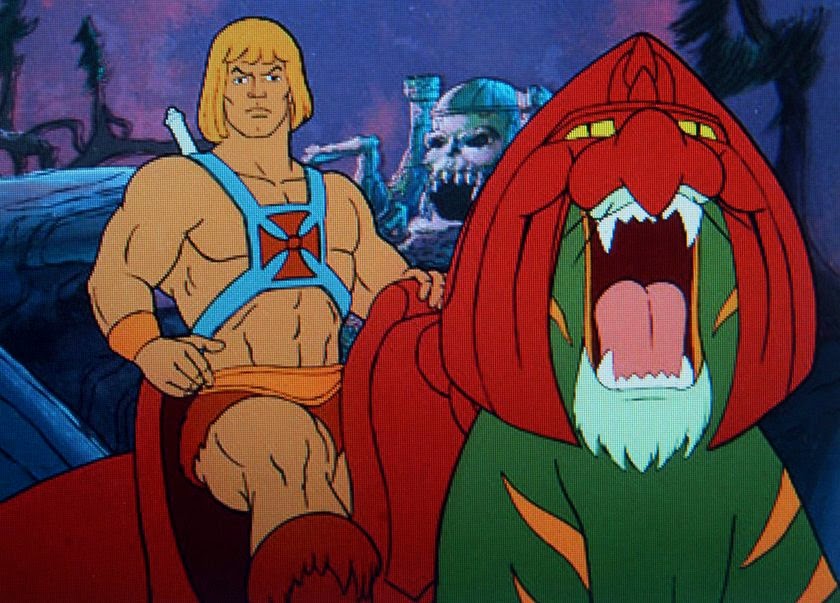 In the midst of all of these cartoons were other iconic ones such as Transformers, Thundercats, and M.A.S.K.

Transformers, of course is still a phenomenon spawning several cartoons, toy lines and of course four live action blockbusters. No matter what you think about the Michael Bay franchise, it has certainly boosted the autobots and decepticons fight against each other. In the 80's however, they were known for their cartoon that was full of awesome things my tiny little eyes had never seen before. It really was the perfect cartoon for boys. I liked robots. I liked cars. So transformers was practically made for me. Well me and the other millions of kids that made the cartoon and toy line so successful.

It was a great gimmick to sell toys but it was also a fun well written story about good and evil. Optimus Prime and Megatron were terrific leaders who had us cheering and booing them.
Thundercats is a show I loved when I was a kid. It felt very much like He-Man and the Masters of the Universe so that was probably why I was lured to it. As an adult, I can't stand to watch the show, which is a tad bit surprising to me.

And then there was M.A.S.K. which a lot of people haven’t heard of but it was awesome and I loved their toy line as well. The concept was like a mash up of Transformers and G.I. Joe into one. The basic idea was a team of people that wore helmets and each came with a vehicle. That vehicle however turned into two, count them two, different vehicles. So for example, a car would open its doors allowing it to fly like a plane and so on. I don't remember much about the story lines but I loved the animation and tone of this show. 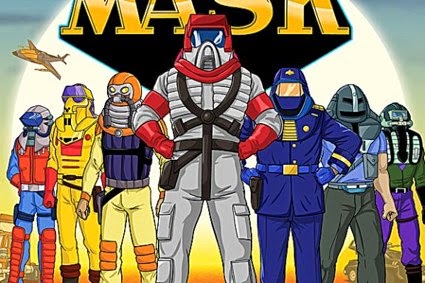 Just in the eighties and nineties there were hundreds of cartoons. I wanted to write about some of my favorites over these articles I have written recently. Did I cover them all? No, absolutely not, but this was really meant to be an overview of how animation used to dominate network television.