31 Days of Halloween - How Not to Write a Zombie Novel 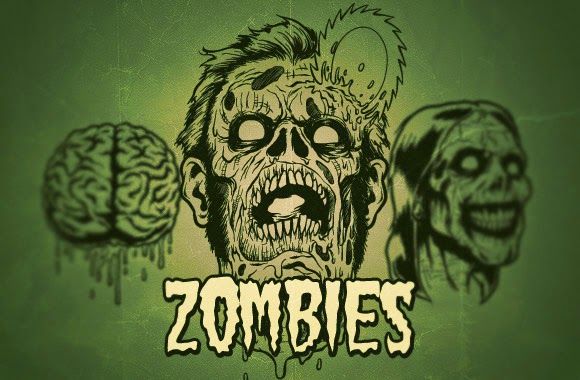 I have read a lot of zombie novels. Really a lot. There are probably 10 on my bookcase, and over 40 on my kindle. And those were just the ones that were good enough to keep. There were a lot more books and stories that didn't make the cut, and got deleted. I read a ton of real novels too so I'm not some semi-literate horror fiend. It's just that I've read and re-read my other books so often that I like to throw in something new by way of zombies once in awhile. Plus, most of them are just so damn cheap, and many were free. Somebody was planning on writing a series so they gave the first book away or if they've self published on Amazon they'll often sell them for under $3. I'll give pretty much any book a shot when it's free or even a dollar. The ability to download free samples also keeps me from wasting money on anything that costs more than $1. I was anti-kindle for a lot of years, but I can't imagine living without one now. I'll never give up my real books, but now I'll also never have to go on a business trip with 5 pounds of books in my luggage.

But back to my point. Having indiscriminately read so many zombie books I have run into more than my fair share of really poorly written zombie books. Some of it has been downright awful. I'm a completionist though, and I just can't seem to help myself from seeing things through to the end. A lot of times I keep reading to see how much worse it can get or how they're going to try and write themselves out of the mess they've gotten into. So who am I to judge? No one really. I'm just a well read fan of the genre who knows good from bad. I'm here to help keep you from writing a bad zombie novel of your own. 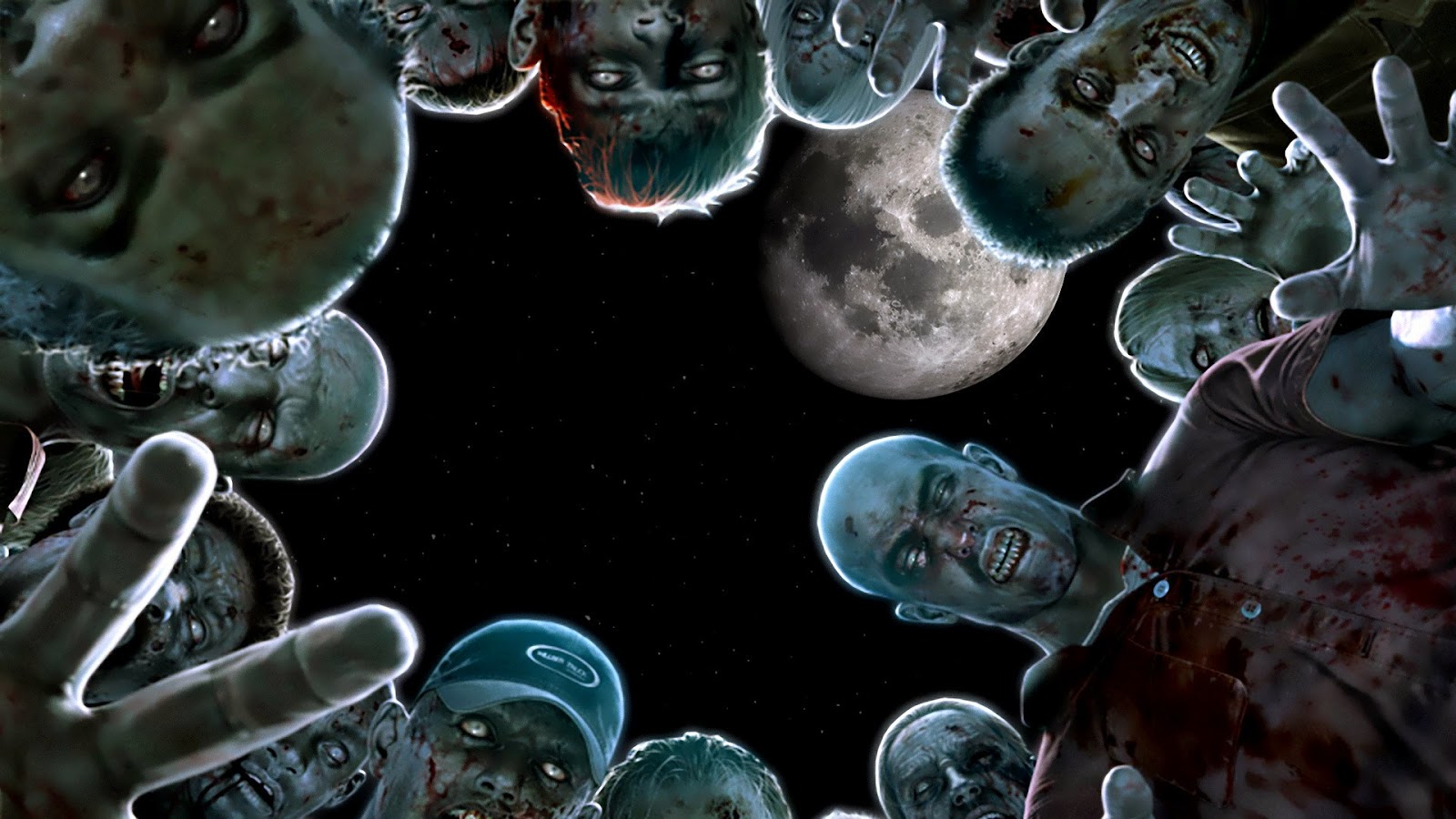 First, don't be afraid to look words or phrases up if you're unsure of a meaning. Double check yourself sometimes even if you think you know. Maybe get an editor even. You don't have to pay a professional; just get a friend who's reasonably intelligent to give it a read through and some feedback, and don't get defensive about what they say. Nothing pulls me out of a story faster than trying to decipher what you're trying to say. I'm not talking about easily missed things like “your” and “you're” getting mixed up. I'm guilty of the occasional spell check flub myself now and again. But pension and penchant have very different meanings. That is a real example from a book I read, and it was used multiple times. And you should probably get a thesaurus or look for synonyms with whatever document program you're using. This is especially true if you're writing in the first-person from multiple points of view. Not everyone is going to use the word “abomination” independently to describe zombies. It's not a word that's used very often now so why would people spread out all over the place all start using it at the same time when the zombie apocalypse hits. It's more likely that one guy would call them “abominations”, someone else “zombies”, and somebody else “the living dead” or something. There are so many words that you could use to describe them that you shouldn't be afraid to mix it up s little.

Do your research. If you want to make your zombie virus believable then you're going to have to spend some time preparing. And don't use wikipedia without doing some fact checking too. If any fool can put something on a website any fool will. The CDC and WHO have websites too, and while they're probably more technical you'll get better information. Same thing with weapons. If you've never fired a gun in your life then you should consider having your characters stick to melee weapons if you're not going to do the leg work. Military grade weapons are more complicated than you think (I checked. They're more complicated than I thought too), and you'll sound like a moron having people use them incorrectly. A kitchen knife or replica sword will also not make a good weapon for very long. Even I know that. That neat wall display of Anduril will not turn your character into Aragorn. It will kill one zombie if they're lucky, and then they'll die horribly. 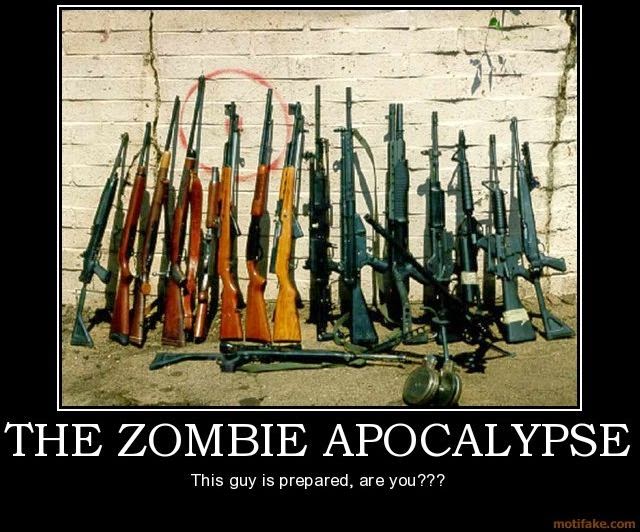 You are not a super hero. A lot of the books I've read sound like Mary Sue fan fiction that just isn't based on another story. If you're basing your main character on yourself please try to base it at least a little bit in reality. Maybe you think that you'd become a bad-ass zombie killing machine when the shit hits the fan, but you don't go from a student or cubicle monkey to Daryl from the Walking Dead with no transition or set up to make it believable. I know it wouldn't be very exciting for you to have your little book avatar die in the first wave, but how about some realistic development of their new found skills? They could meet the bad-ass zombie killing machine that teaches them how to survive. They could nearly get killed a few times in the first couple of chapters until they start learning to survive. Any number of better options than you woke up, and were suddenly King of the Fucking Zombies in your brave new world. Not every imaginary being you encounter in your world needs to fall in love with you, try to rape you, or otherwise think that you are the coolest thing still alive either. I just finished a book where three or four dudes were nearly coming to blows over love of the main character. They weren't lonely survivors looking for sex with anything that was left. This was one week in, and everyone who saw this girl was instantly in such deep love that a whole sub-plot evolved around her difficult decision. Who to bang is not going to be high up on my list of important choices during this time, but everybody's different I guess. I hadn't noticed before so I went back to check. It was written by a woman. Of course. 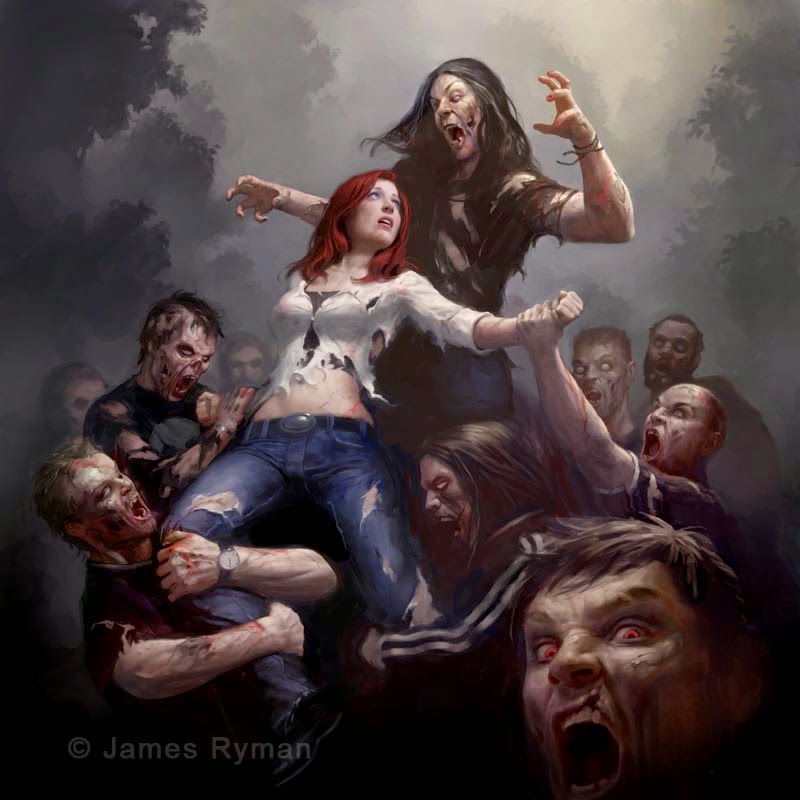 If I think I'm so smart why haven't I written a zombie novel of my own? Maybe some day I'll take all this sage advice and use it to write my story. Woman thinks she's a bad-ass because she's killed so many zombies in video games, and read so many stupid books. She grabs the baseball bat next to the door, and her best knife from the kitchen, and heads out to face the danger. Woman is shocked into inaction by actually seeing one of the monsters for the first time, and is promptly eaten. Then I guess it'd have to be written from my point of view as a zombie because otherwise the whole thing would end really quickly. And that, I assume, is all the explanation you need as to why I'm choosing to teach rather than do.

As I'm once again posting on a Tuesday I get to recommend Face Off a second time. It's getting close to the end, and it's been even better than usual the last few weeks. There's a hell of a marathon Tuesday so get into it.

Town of the Living Dead was unwatchable. I only made it through half the episode. It was like watching Cletus the Slack-Jawed Yokel make a movie. They said that if the movie ever gets finished that SyFy will air it. Thus proving once and for all that they really will show anything.

I really wish Freddy Vs. Jason had been a better movie. I was super excited about it, but it just didn't live up to my expectations.