Horror Movies Are Giving the Devil a Bad Name 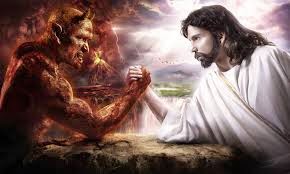 The Devil seems to get blamed for a lot of stuff these days. Heavy metal, Juggalos, all evil in the world. He sure is one busy Beelzebub. Surprisingly though, horror movies blame him more than anything else. You would think that a genre so into evil would take it easy on the guy, but exactly the opposite is true. Each and every tiny little demon possession or supposed bit of witchcraft is automatically attributed to Satan.

Let's just think about that for a minute. You're telling me that the embodiment of evil, ruler of Hell, and the arch nemesis of God is 100% directly controlling every ghost, witch, or kind of creepy unexplained entity in the entire the world? Not only is that lazy writing, but if true, indicates that Satan lacks a basic understanding of resource management. I'm no expert, but I believe there's a pretty large pantheon of demonic creatures working under Satan, If he can't get his underlings to handle a coven of wannabe witches he needs to get his evil behind to a class on developing and managing direct reports stat.

If Lucifer were any kind of leader it would be much more likely that you'd get some middle management demon acting in his stead. He just realistically can't be everywhere at once. He's not Santa Claus for crying out loud. I can't believe that every idiotic cult that calls in gets a direct line to the big guy. I have to make an appointment to get my hair done, but if I want to channel the Prince of Darkness I can just walk right in and have a seat? In no way is that possible or fair, unless Satan offers color services. I mean, if one of those Jonas brothers (they're still a thing right? I just couldn't think of any other super annoying super Christian celebrities off the top of my head) and I both said we wanted to sell our souls to the Devil at the same time do you think we'd both get the boss man live and in person? No way. The Jonas guy might get a visit, but I'd probably get some freaky ghoul that I imagine looking like Crispin Glover.

So if you're writing a horror movie and you can't figure out how to explain the unexplainable just throw the Devil in there, everybody else does. Let's take a look at this non-comprehensive arbitrary little list I’ve made.
The movie Devil is about some people trapped on an elevator that breaks down, and one of them is the Devil. Like trying to destroy all good and innocence in the world leaves him time to hang around fucking with a few people on some random elevator. It just does not make a damn bit of sense. It wasn't the worst movie I've ever seen by a long shot, but it really doesn't show the Devil in a positive light.

The Conjuring. I absolutely loved this movie right up until everything that was awesome and creepy was negated by a devil worshiping witch. It could have just as easily been done by Gerald the minor demon. What's he for if not to take on small tasks and leave Satan free to focus on the big picture. I think the Devil must be a serious micro-manager, and just doesn't trust anyone else to help him out. I'm sure it's nothing against Gerald personally. Satan just can't delegate effectively.
A whole lot of crappy sequels. From The Blair Witch Project to Friday the 13th, and I think even one of the Halloween sequels had some kind of stupid cult in there somewhere. I'm pretty sure there was some satanic witch crap in that last Paranormal Activity movie too, but I honestly kind of tuned out about halfway through. The point is, lots of sequels toss in a little Lucifer to try and liven things up. Or maybe they just want to try and make some more money and don't have any more ideas. My bet is on the latter.

Most possession movies. In the beginning it was The Exorcist, and that was fine. Now there are so many Possession of Somebody or Other movies that I can't even tell them apart. The Prince of Darkness ain't got time for all that. If the Devil you worship can effectively possess half a million teenage girls, but still get beaten by the obligatory priest who's lost his faith then you should switch sides now.

All those really bad movies in the late 90's that tried to get people interested in Satan by using big stars in their craptastic stories. I'm thinking 9th Gate, Lost Souls, End of Days, and on and on and on. The world was nearly destroyed by the Devil so many times back then it was just dumb. The real joke is how many careers were nearly destroyed by making bad movies involving Satan. Does anybody even know who Ben Chaplin is anymore? Coincidence?

Still there are some movies that use Lucifer the way he should be used. The Omen or Rosemary's Baby or any of those other children of Satan stories. He's got paternal instincts just like every other being. It makes total sense for him to be involved in the protection of his progeny. Sure, he can be a little bit of a helicopter parent sometimes, but if you look at the number of times that scenario has ended badly for him he's got a right to be a little overprotective.

As corny as it is now I honestly think The Prophecy got a lot of things right. Besides the brilliant casting, it wasn't about the Devil causing trouble. Creepy pissed off fallen angels that weren't Satan were causing the world ending kerfuffle. Various other low level monsters and zombie kind of things are out doing the grunt work, and Satan only gets involved personally to intervene when the shit gets out of hand. Whatever problems you may have with the movie it's exactly how things should be for a real Prince of Darkness. Personally, I love this movie. It gets just enough right that I can overlook what's wrong. And if we're talking good respectful use of Satan as a character then it gets quite a lot right.
Now get thee behind me Satan, you’ve got to get to that weekend team-building retreat with your minions. 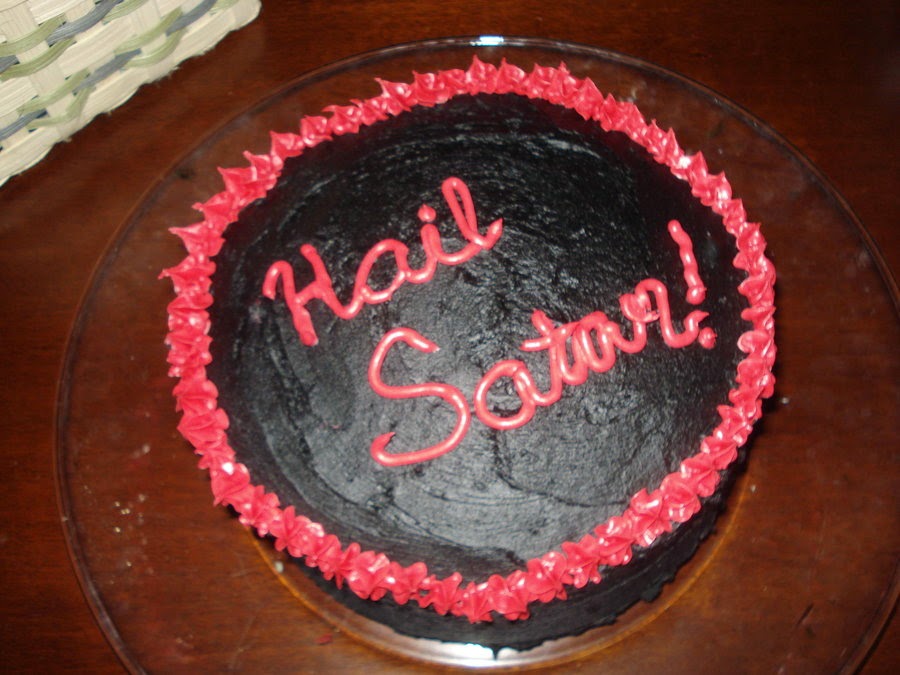 I've been asked to get on board with Phantom's thing about posting SyFy's nightly line in my posts. I can't figure out how to easily space this crap out to be able to provide commentary on the following programs in the lines themselves so I'm just going to put my thoughts up here. I super suck at formatting pasted content, and am too lazy to go line by line and column by column.

Z Nation is awful. It's a shame too because  I really used to like Tom Everett Scott, and zombies. I guess I still like zombies, but it's just getting to be too much when crap like this starts popping up.

Face Off is arguably the best thing SyFy has for original programming. I've watched it since the beginning, and it's still great all these seasons later.

I'll probably give Town of the Living Dead one episode, but it kind of looks like Honey Boo-Boo's family making a zombie movie so I don't hold out much hope.