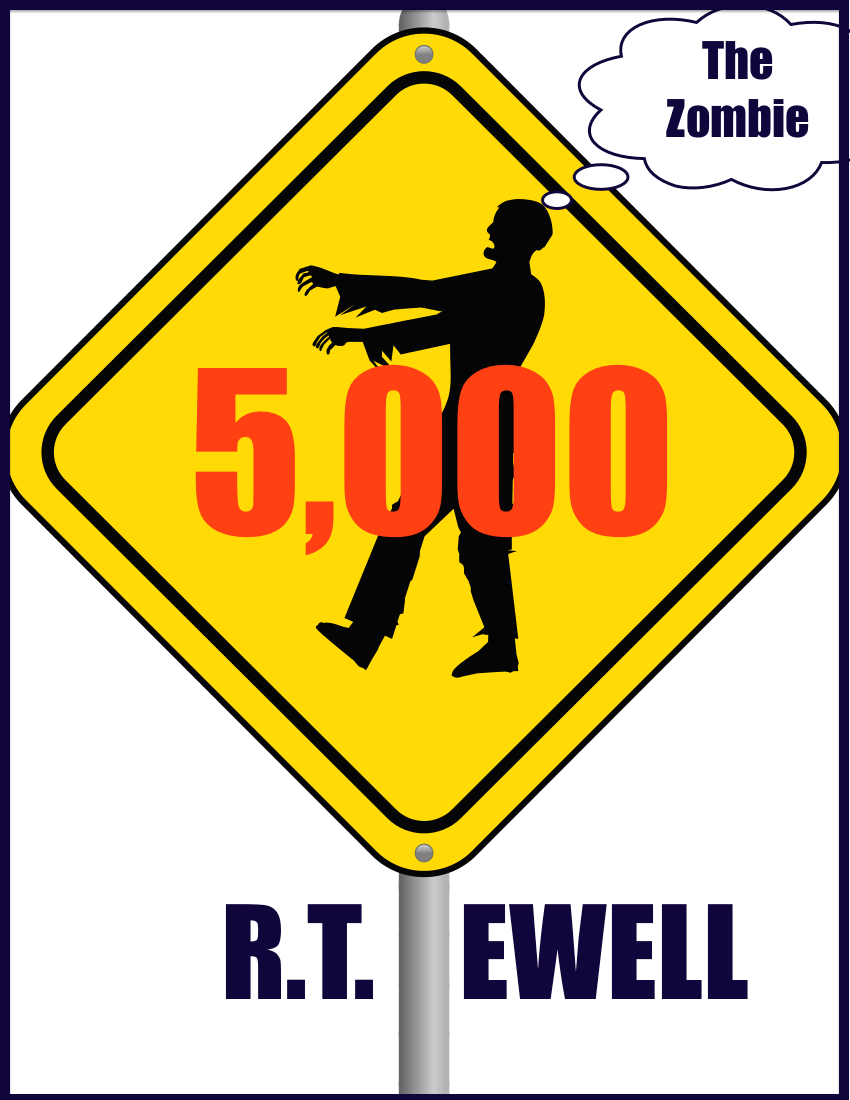 Below is the third installment of The Zombie 5,000. If you missed the previous installment don't fret just CLICK HERE to read the second installment!

As they stepped off the bus, people from all around ran up to greet them. Ray was used to this because of his life as a professional baseball player. What he wasn't use to was the fact that the attention wasn't to him or his teammates. It embarrassed Ray a little because he didn't think of the obvious reason the bus got attention. It was friends and family looking for their loved ones. With the day going the way it was, people didn't give two shits about baseball.

Ray exited the bus while scouring the crowd for Betty and Jason. Up ahead he saw them looking around nervously. They ran to each other with no words, just the warm embrace of family.

“Well I think we are in a good place for now. They have weapons here and are at least able to help protect us. It looks like they sort of have a system going so I say we all just try to blend in. Help out where needed and just watch out for each other,” Ray said.

Betty started crying while Jason was looking more and more upset. “Look, everything will be okay as long as we stay here. This is our best bet without knowing exactly what is happening, I am sure of it.”

Ray didn't think this helped but both of them looked to be calming down. Hell, it was understandable. He was freaking the hell out but he just couldn't let it show. Always the leader, he had to step up to the plate.

About this time, Mustard had exited the bus looking like he had something important to say. There was a sudden burst of gunfire which cause him to shout. Seems like thats all Mustard had done previously as well. Shouting must be a common thing with him.

“I'm gonna head back down but I wanted you to meet the leader up here. He seems to be the one that took charge first which is better than anyone else did. It seems as if he's a good guy, not sure on his background so far, but hes been a big help.”

They walked over to a crowd as it dispersed with only a gray headed man remaining. He looked like he had lived a life time with wrinkles on his forehead that told stories. Mustard began introducing the two men to each other.

“Ray Conner, this is Frank Warden, he is the man that's been instructing the group for the past few hours.”

Each man stuck they hand out, both gripping a little tighter than the other.

“Well, look what we got here, our very own celebrity.” The gray haired man said. He had a grizzled voice that would of scared Ray if he hadn't been scared shitless already.

“I don't want to be treated any different.”

“In that case, Hollywood, do you even know how to shoot a freaking gun,” Frank laughed.

It was obvious that Frank knew who Ray was by calling him Hollywood. Not exactly accurate but Ray did appear on a few commercials back in the day. A stupid nickname was the least of his worries right now.

“Well, yeah I've shot a gun before, don't know how good a aim I am though.” Ray said. He didn't like Frank, the man seemed like an old, crotchety, asshole. He also looked like the type that would love to be called that as well.

“Son, around here you don't need aim, you just need bullets.” Frank said in a grizzled voice. “And we got plenty of those around here.”

They walked over to a trailer that had no truck connected as people gathered around. There were two guys in the trailer handing out ammunition and guns as well. Almost as if it was candy to small children. Frank walked up and didn't even have to say anything. One of the men handed him a hand gun along with bullets.

“Well, we are about to see how good your aim is now, just pretend its a baseball will ya. I am about to show you something which will give you a better understanding of why we are supplying everyone with weapons. Oh, and I can see by your boyscout look that you are about to ask how we got all the guns. Just trust me son. You don't want to know right now. We got bigger fish to fry.”

Ray hated that the man was right because he was about to ask that exact question. It was a serious amount of fire power but hell Ray was glad he was on their side.

“What about my wife and son,” Ray asked. He watched them in the distance as they looked like they were about to go to work.

“Don't you worry your pretty little head, Hollywood, your son will be on our building crew while your wife will be on the cooking crew.”

Oh she will love that, Ray sarcastically thought.

“Like I said we got some real problems around here. We’ve got this area covered,” Frank said. He pointed toward the entrance that Mustard used which the man was now headed back down. “But our big problem is going to be over in this area.”

Frank pointed as they began walking over to the far end of the dump, where roughly thirty armed men were already standing. The closer they got to the edge of the hill, the more the answer to all of Rays questions came. As they stepped close to the edge Ray saw that the dump overlooked the entire city. It was a crazy sight because the town had already, in a matter of hours gone apocalyptic. Fires and even riots could be seen from atop the dump when something else caught his eye.

At the bottom of the hill there were hundreds of zombies stumbling their way up the steep hill using the trees as leverage.

To Be Concluded
Come Back Next Saturday For The Final Installment!

If you enjoy this story, please comment below! Do you have a question? Ask below and it could get answered in a special Q&A!