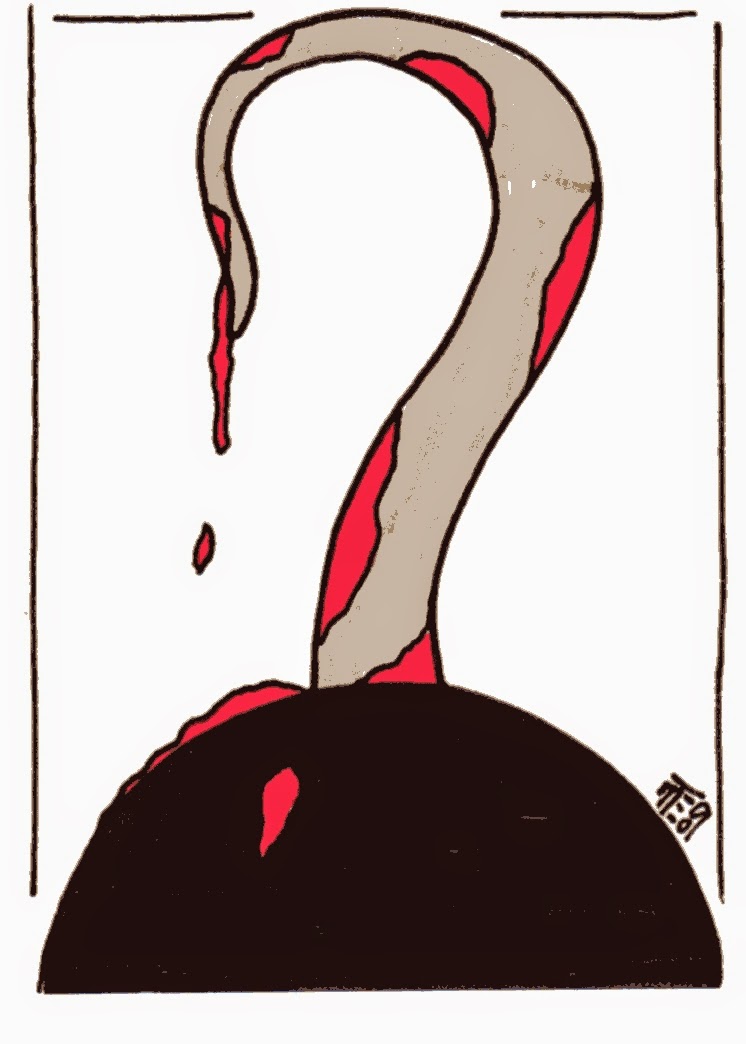 I wish the title of this article was “My Superhero Origin Story” because that would be awesome, especially if it was about my ability to teleport. Instead, this article will be about my origin story with horror. Mine is probably a bit different than most. A lot of people I know my age started when they were young therefore having an everlasting affection toward 80's horror movies. Most remember when they were young either their parents introducing them to horror or watching them with childhood friends.


I don't have that memory sadly enough. Part of me wishes I did because I would have had a blast growing up with some of the eighties horror classics. Unfortunately, my date of birth didn't help me, I didn't hit my teenage years until the early nineties. I remember seeing one of the Nightmare On Elm Street movies when I was little, probably under ten. I didn't like it. It didn't necessarily scare me it just didn't make me want watch more of it. Children Of The Corn may have had something to do with it, creepy a$$ kids. In my teenage years I did love the Childs Play series as well as many Full Moon movies. But horror was never the genre that I leaned toward.

So fast forward to my early to mid twenties when my life was slowing down a bit. I had my own apartment, my own internet, and I was introduced to something by some friends that would forever change everything. I know you are probably thinking, oh what movie did someone show you that changed everything? Well, it wasn't a movie, in fact it was a series of dolls. It was something unlike anything I had ever seen. Living Dead Dolls were a series of horror dolls that had a coffin as packaging. I didn't care that they were dolls, they were original and unlike anything I had seen before. With characters like Lou Sapphire, Damien, Lulu, and Inferno it was easy to fall in love with them. To this day they still produce them with Mezco with both original and licensed characters such as Edward Scissorhands, Leatherface, and Captain Spaudling.

Once I got hooked on them I was introduced to a community of likewise fans of the dolls but they were also a fan of all things horror. Eventually, around 2003/2004 I was introduced to a message board called Dark Obsessions which I became an admin of for a few years. I met some amazing people on the board and even met some of them in real life a convention in New Jersey called Chiller Theatre. I have a fond memory of going to see SAW II with this group of people that only added fuel to the fire of me loving horror. So this is how it happened. I was able to bond with not only the horror movies themselves but fans of them as well. I found out very quickly that the horror community was where I wanted to be.

There was a new wave of horror coming that many people weren’t prepared for, including me. Around 2003, the remake of Texas Chainsaw Massacre was released. Now, at the time I had not seen the original movie I know, I know, but this remake intrigued me enough to where I eventually saw them all at least once. I loved it. To this day I think its a great look at what can happen if a remake is handled right. In 2004, the world was introduced to the movie that would really change everything for me and it was called SAW. My eyes couldn't believe what they were seeing. It was graphic, smartly written, and man, that ending still gives me goosebumps.

Every year after 2004 until 2010 a SAW movie was released. They were all equally great and pushed the limits of gore and storytelling. Speaking of pushing the limits, Hostel and Hostel 2, did just that as well. Then came an onslaught of foreign horror movies like High Tension, Dead Snow, and Audition. Devil's Rejects is another one that had a profound effect on me. Rob Zombie's gritty take on serial killers was done in a way that I had never seen before.

Something else that really added to my love for horror was oddly enough, podcasts. Specifically, the Fearshop Horror Podcast. Mike and Frank have introduced me to many horror movies over the years, some of which I would have never discovered. A lot of foreign horror was instantly added to my need to watch list. Movies like Dead Snow, Cold Prey, Let The Right One In, The Loved Ones and Martyrs would probably never been in my radar if it wasn't for them. Not all of them are the best thing I've ever seen but I'm glad that I watched them.

Over the past few years, horror has changed drastically, with a plethora of pg-13 horror movies. They feature what I like to call jump scares. I love jump scares when done right but there is something about the gore stuff that brings my love for horror to its peak. I hate the term torture porn. I just don't like it. People cringe when they hear that and they rarely give those movies a chance. Horror has such a variety of ways that they put fear inside all of us. Unfortunately, its all a money making game and the gruesome stuff got passed over for cheaper movies that made more money like Paranormal Activity and The Conjuring. Like I said there is nothing wrong with these movies, Ive seen them both but I like my horror to have some balls.

I often wonder what would have happened if I grew up watching Jason, Freddy, and Michael when they were fresh. Or taking a visit to Sleepaway Camp. Maybe my tastes might be completely different. I might be more of a slasher fan and writing an article about how much I hate torture porn. I think I liked the way things worked out. Instead of making an impulse decision about when I was a kid, I was able to make an adult decision about what kind of horror I wanted to watch more. The beauty is I can watch horror movies and find things I like about all of them. But I will still always have a soft spot for a reverse bear trap attached to somebody's head.

I want my horror movies to make me cringe, make me scream, and the really good ones that make me think.

Oct 20 09:00 PM 31 Days Of Halloween Movie Starve
The only listing I could find for a Starve was one for a 2014 movie about feral children. It sounds pretty good, but it isn’t listed as a Syfy movie. I dunno. I’ll be curious to see what the deal is.

Oct 21 06:00 AM Paid Programming
Oct 21 08:00 AM Carvers Pilot
Oct 21 09:00 AM Face Off Life And Death
I’m sure I’ve already mentioned it this year, but Face Off is an excellent show. The quality of the contestants certainly varies from season to season, but I am absolutely addicted to this one. Regular judge Vi Neal is sorely missed this season. I know there are those that don’t care for Face Off, but I find it to be interesting and a lot of fun. And I love that it doesn’t play up interpersonal drama. It’s about the process of the makeups.