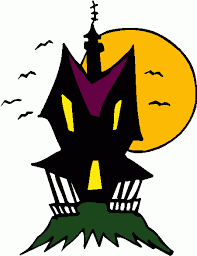 It's finally October and that means a few things. To some, it's just two months away from Christmas. To others, it means harvest and fall is upon us. To me, it means a full month of HALLOWEEN! That's right, I am a full supporter of Halloween not being just one day but a whole freaking month! There are many ways to celebrate the spookiest holiday of the year. For instance, you can decorate the inside and outside of your house or living space. The outside can be much more fun because there is room to make graveyards and even plant some ghosts in the trees. The more creative you are the more your place will get some attention from passerbys.


Another fun option is my personal favorite. Most don't exist through out the year (except for some touristy areas) but during the Halloween season, haunted houses are not hard to find. I am talking haunted house attractions not real houses that are haunted. Now, there are many variations of them including some fancy ones with expensive special effects, while others simply use what they have to create those scary moments. Some rent buildings and other more successful ones keep or own the building throughout the year. Whether the haunted house is a big production or a few bedsheets they both have their advantages.

I've been to some haunted houses that were twenty bucks but I have also been to some that had a five dollar entry. I typically don't care how cheap a haunted house is as long as it uses some innovative ways to spook and scare. The one thing I'm not a fan of is the ones that use more mechanical stuff as opposed to a more human ran attraction. I just think a human ran house can be a lot more fun because they can actually read your reactions to things. I think the best houses are the ones that have rooms with themes. For instance, one I went to had a living room with a TV that had static when something creepy happened, while another one was a baby's room that had a crib in it. The setting is everything for these things and some do it excellently.

When I was fourteen I had the awesome opportunity to actually work in a haunted house. I say work but what I should say is volunteer but I promise it was a lot of work. It's the only time that I ever worked in a haunted house and the memory has stuck with me even after all these years. Our haunted house was more on the cheap side as there was very little money put into it. The location was perfect as it was an old school house that was huge! Basically, what happened was that a group of people were given a room and they could do whatever they wanted to do with said room. So the guests would be on a guided tour which led them through the haunting. I thought this worked perfectly because the setting could change room to room.

I kind of stumbled my way into this gig via my brother as he knew people doing a room that needed help. So when I met with them I realized that they had no clue what we were going to do. The more we talked, the more ideas we bounced off of each other. Considering we had a zero budget we used our heads. In the room there were already school desks so we went with a classroom theme. The great thing about our room was that we were having fun. Our room was cheesy, goofy, and had a great unexpected jump scare.

The room started off with me constructing something that went with over my head to make it look like the teacher of the classroom ripped my head off. Yeah, it looked as bad as it sounds. Eventually, it kind of went away but we still stuck with the classroom theme. We had everyone sit down in the desks as they entered the room and listen to a boring lecture for a couple of minutes. At some point we had a plant stand up and scream at the teacher while in the back of the room we had two people hiding in cabinets. One with a chainsaw and one with the equally terrifying weed eater. When the moment came about, the engines would crank up and the doors would pop open unveiling the awesome jump scare.

I must say it was effective. At first we were the room that everyone laughed at but everyday our room got better and better. I believe the haunted house was open about two weeks and by the end of the run we were actually one of the more respected popular rooms. There was a contest throughout the weeks where people would vote for their favorite room and amazingly enough we came in second place. In our defense, first place went to a fantastic room. Those people really deserved it because they had a torture room that involve a casket with spikes, a hanging, and a pendulum that had a blade on it. I had the time of my life doing this and twenty two years later it is still one of the fondest memories I have especially during the month of Halloween.

If you have never been to a haunted house or are too scared to go, I urge you to go. They are crazy fun and are something I try to do every year. Find a group of people to go with because that is where the real fun is especially if you’re hesitant to go. There is nothing quite like hearing your closest friends screaming their heads off. I tend to scream like a girl when I'm on roller coasters or going through haunted houses so I imagine I'm a lot of fun to attend one with. If you are wondering how to find out where they are in your town they can be fairly easy to spot by typing it into search engines or listening to the radio. Our local stations tend to flood the airwaves. Also, some of the best haunted houses I have found have been through flyers posted on telephone poles. Sounds creepy but maybe that's what make em so darn fun!

Every October for the last few years Needless Things has provided commentary on SyFy’s – the television channel devoted to science fiction (sort of) – schedule. Not because the channel provides the best Halloween content, but because they provide the most. Aside from some paid programming in the wee hours of the morning (because somebody has to pay for Sharknado 3: Again With This?), SyFy makes an effort to program content that is at least Halloween-ish every hour of the month.
It is for this that we thank them and devote far more effort than we should into dissecting what they have to offer.Oct 6 11:00 AM 31 Days Of Halloween Movie Stephen King's Rose Red - Part 2
Oct 6 01:00 PM 31 Days Of Halloween Movie Stephen King's Rose Red - Part 3

I made the joke last year that I would be a lot more excited if this were a biopic about the luchador Psicosis. I really, really meant that. Here’s a Psicosis match:

And here’s a picture of the lovely Charisma Carpenter: 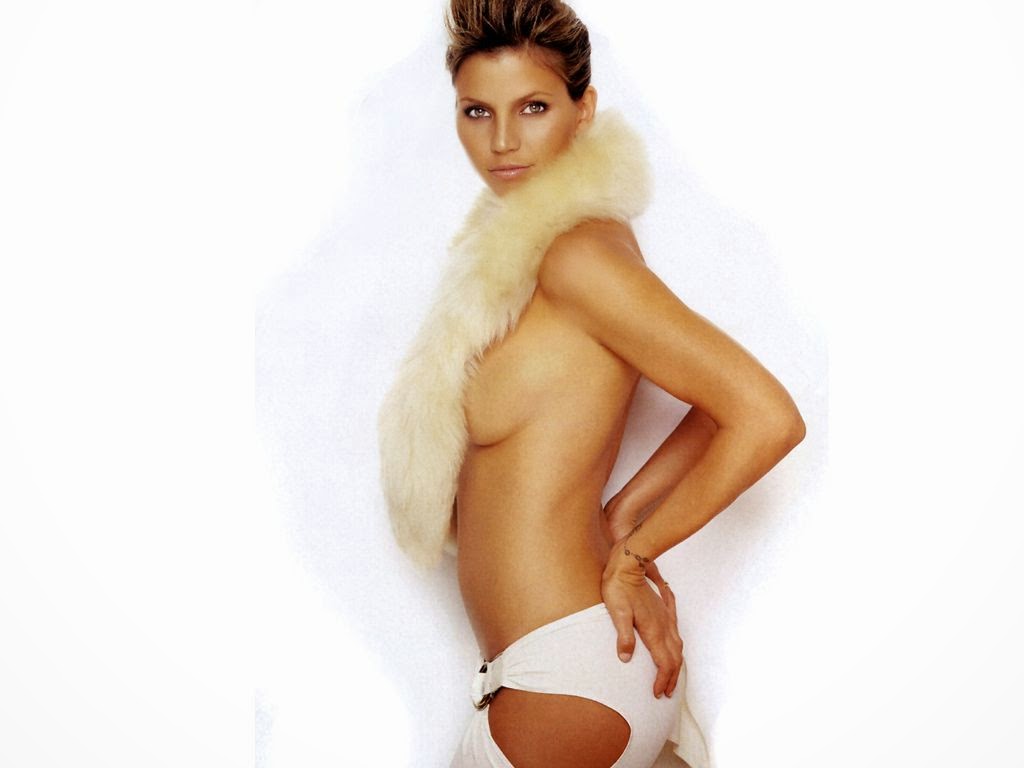 And just to be fair, the lovely Corin Nemec: 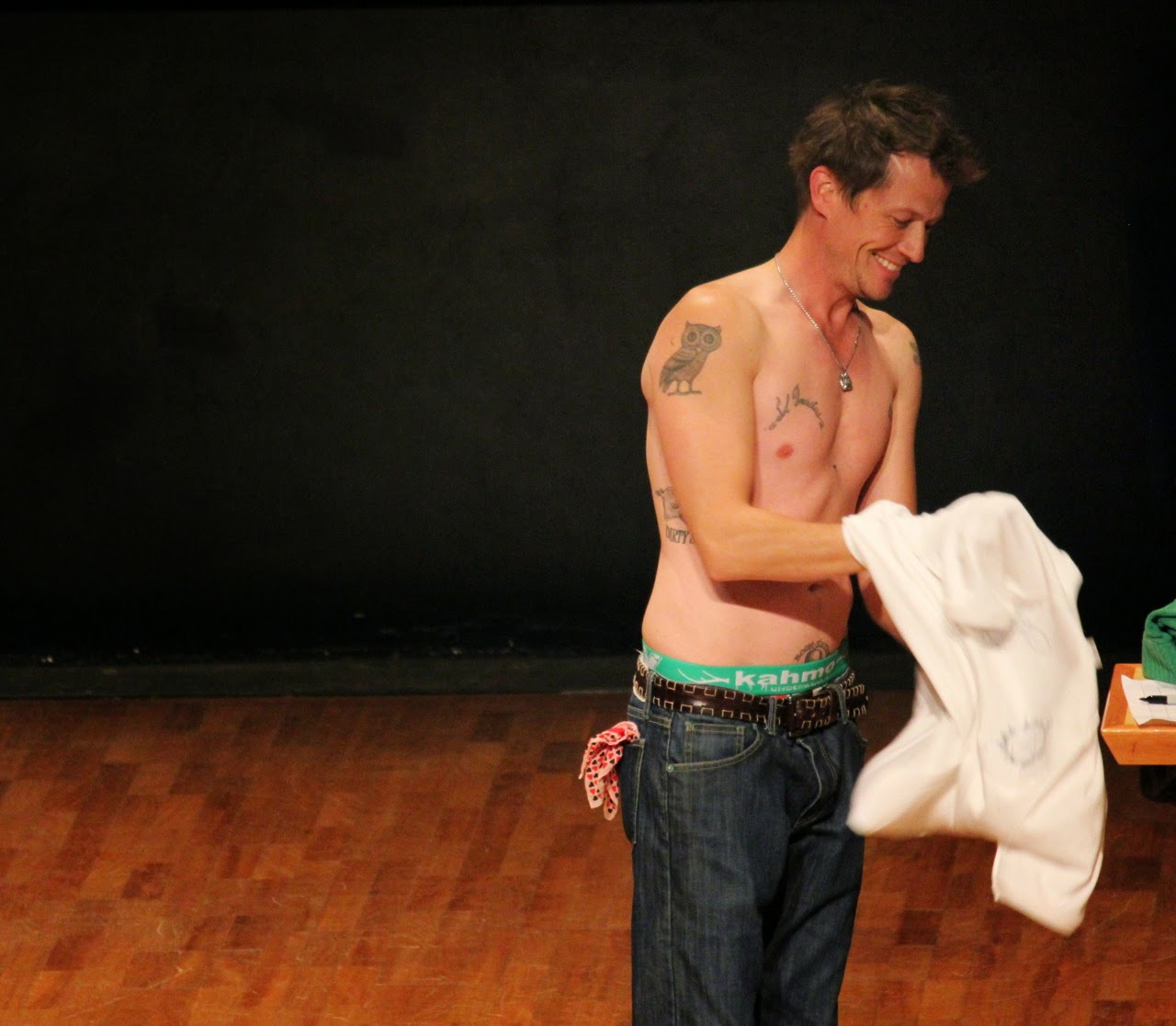 And the lovely Joshua Jackson:

What’s the meaning here? Is it “I thought that guy would reanimate by now. Is he dead still?” or “That guy hasn’t reanimated yet. Look at him. He’s not moving. He is dead still.”

Wow. Wes Craven has directed a lot of crappy movies. And SyFy seems to have them all.