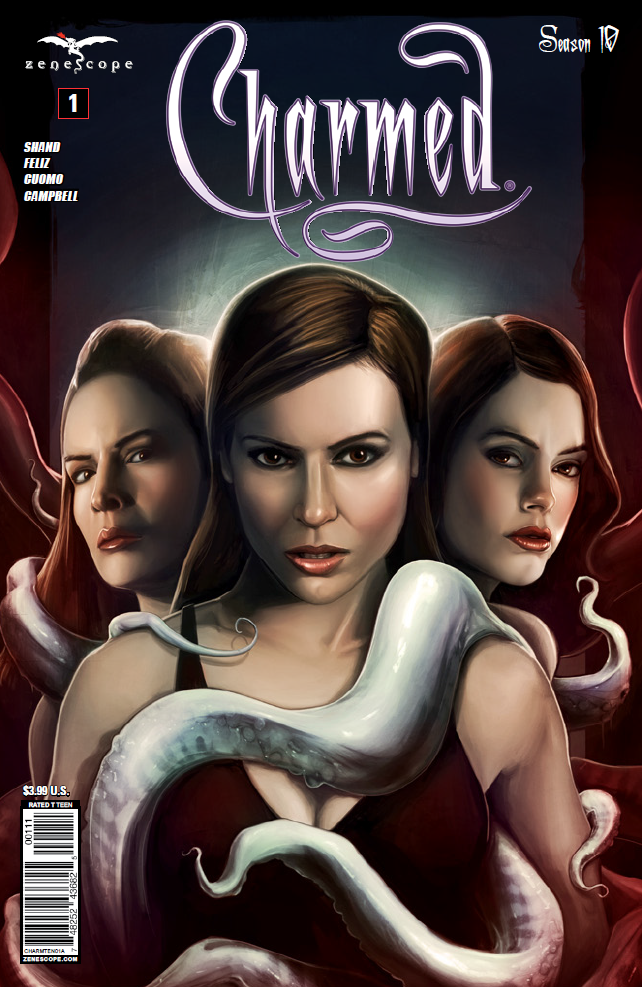 Charmed was a television show that aired from 1998 to 2006. The premise behind the show was that there were three sisters who were destined to battle evil using their witchcraft. They are the Charmed Ones. The show started out with Holly Marie Combs, Alyssa Milano, and Shannen Doherty as Piper, Phoebe, and Prue Halliwell. After three seasons, and some back stage drama, Prue was killed off. Miraculously there turned out to be another sister, Rose McGowan as Paige Matthews, who Piper and Phoebe’s Mom had after her divorce from their father, with her Whitelighter. A Whitelighter is a guardian angel for good witches and future Whitelighters.

The show was lucky enough to run eight seasons and managed to end with a solid resolution, but like all things that have a great fandom people want more. Sometimes this means a movie. Other times it might mean books. For those that are lucky enough there is the comic book that is used to continue the show or even expanded on it. For Charmed fans they have the gift of the continuation of the show in the comic book form.

Just this month, the 10th season of the show debuted in comic form and I was lucky enough to get a preview of the 1st issue. For this review I looked at a few things that I love when it comes to comic books and when it comes to anything that involves a TV show or movie that I’m a fan of. I going to look at the art of the book, the story and flow of the story, and the overall feel or if I think this seems like something I could see happening in the show.

So for some back story leading up to the first issue, it seems that Prue is no longer dead and has returned to life, or her spirit has, in the body of a comatose woman. Prue also has been imbued with the magic of the Nexus of the All. If you are wondering what that is there is a nice little paragraph that gets you up to date on that at the beginning of the book. 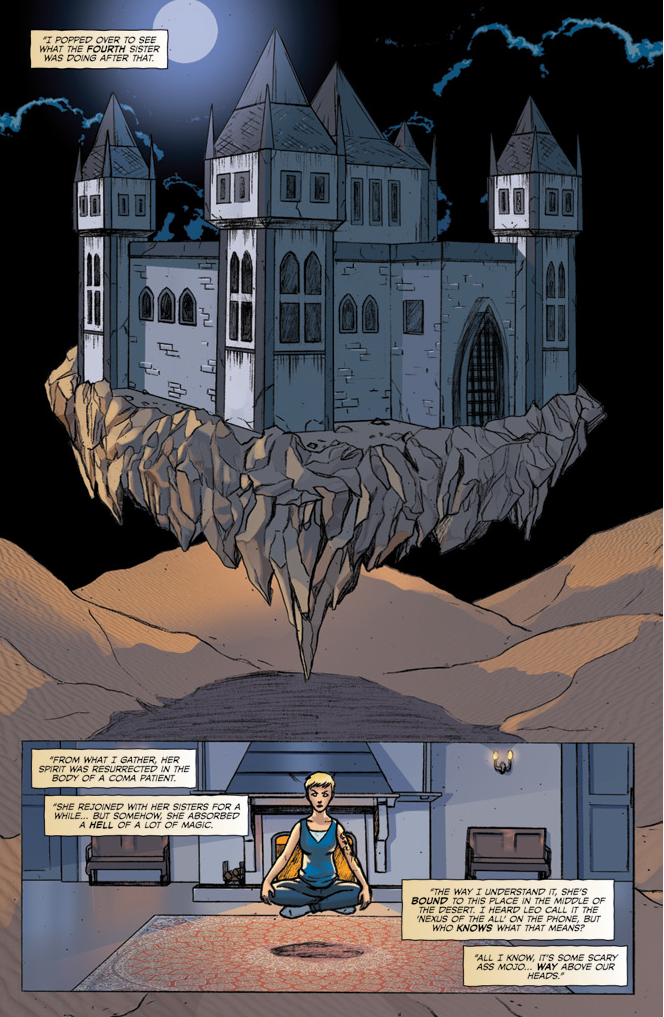 The art of the book is decent, but not the quality I would like to see. Comparing the artwork of the book to others that are based on TV Shows I would say it is on par. On par means that it distinguishable who is who and the locations that are familiar to the fans are still familiar, but they are not what I would expect the quality of say a Spider-Man, Superman, or Batman. If you are expecting a beautifully drawn book that is not what you will get, but it is acceptable.

The flow of the narrative is kind of confusing. It seems to jump from three different points in the story. There is a great beginning that reminds me how they sometimes started some episodes, but even with where the story starts there seems to be a lack of flow. I read the comic a few times and got lost in which direction the story was going at certain points. There was one point that the sisters were fighting a demon and you don’t even know what happens. Also, I don’t like how it seems they are throwing every character that has been big in the show into this one book. I’m exaggerating, but the one they do put into the story makes no sense. Why was this person even in here? I hate it when anything does this just to do this. This takes away from the story I feel. Also, there is a narrator going on that picks up half way in the comic that makes no sense at first. They could have brought the narrator into the book at the end and done a better job of introducing this person. I didn’t even get that it was a narrator until the end. I hope this flow improves as the book goes on. 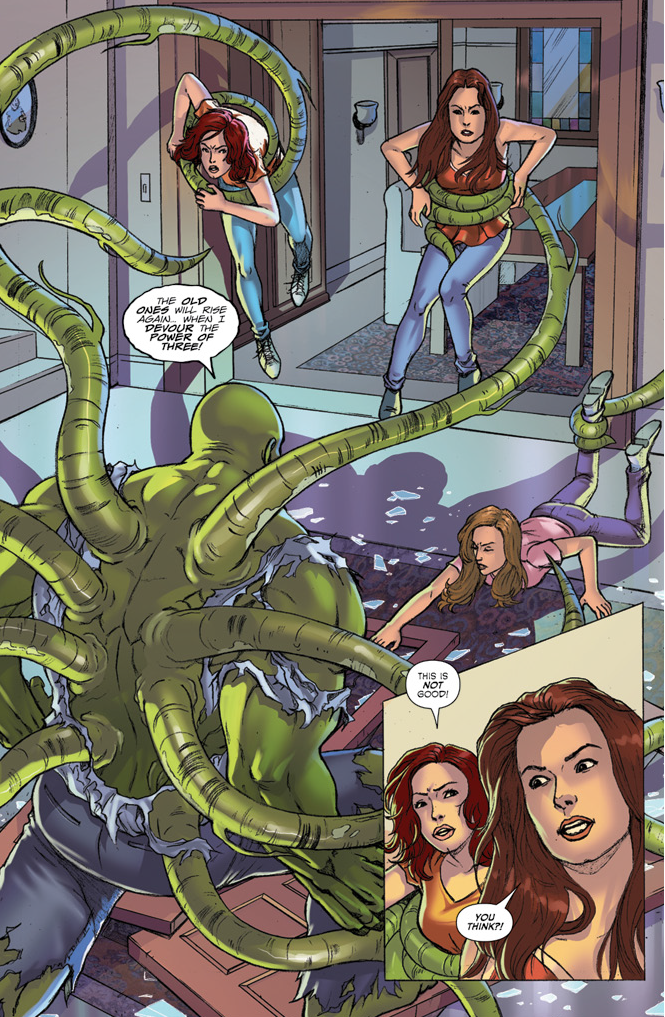 I do feel like what I read is something that was part of the show. The characters feel and act like I would expect them to if I was watching another season of the show. The writers of the book have the feel of the show down. I identified who each person was more from how they talked than how they looked in the book. I think this is one of the hardest things for a writer to do when they were not involved with writing the show while it was on air.

Overall I say that this is a decent book that any fan of Charmed will enjoy. If you try to get into the book just because you love comic books, this is not one of the ones for that. If you pick this up because you are a fan of Charmed and want to continue the adventures of the Halliwell sisters than do so, but don’t forget to pick up season nine also.

Posted by Phantom Troublemaker at 1:14:00 PM