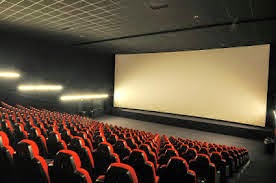 I love going to the movie theater. Don't get me wrong, watching a movie at home is great but the experience of going to the movies is like nothing else. When I was younger it wasn't often that I got to go but when I did, it was a memorable experience. I loved pulling into the parking lot and seeing the marquee up in lights with all of the movie titles in big letters. The smell of popcorn as I walked into the lobby still permeates my senses. Even when the usher tears my ticket and directs me to the correct theater brings good feelings inside. Just everything about going to the movies send tremors of excitement down my spine.


The first movie I remember actually going to see in the theater was.....wait for it...wait for it. Care Bears 2: A New Generation. You might think, wow, he must have been really young, he has a great memory. Well I wasn't that young as it turns out. I say that because before this article I didn't realize exactly how old I was when I saw it. I looked at the release only to realize that I was eight when I saw this in the theater back in 1986. Now, in my defense I loved the care bears. They were marketed as much to boys as they were to girls. At least that's what I tell myself.

So from there my movie going experience only got better. I remember a friend of mine having a birthday party where his parents said we could pick the movie and they would take us. So what did a bunch of ten year olds pick you ask? The Naked Gun. Looking back at that movie I probably didn't understand half of the jokes but I laughed anyway. I also remember seeing Joe Vs The Volcano which if you haven't seen it, don't. It's a terrible Tom Hanks movie.

Also my mom would sometimes drag me to see movies that she wanted to see so I have this horrifying memory of seeing Steel Magnolias,  which had some intense plot lines for an eleven year old to witness. Another one I probably shouldn't have seen was Parenthood but to this day it is one of my favorite comedy/dramas and does everything perfectly. Even though chances are I didn't get the “ear cleaner” joke but laughed anyway because everyone else was.

As I got into my teenage years the movies got progressively better. My Dad didn't take me to too many movies but when he did it was something special. Days Of Thunder stands out in my mind. I was twelve when we went to see it, only for some reason we were late to the movie and missed our opportunity to see the seven o clock showing which was optimal for it was a school night. Well, in a very unexpected move my Dad bought tickets to the ten o clock showing which blew my mind because it meant I would be able to stay up late even with school the next day. I'm not a parent but if I was I would try to make more memories like this for my children.

Next, were two movies that set the bar of what a movie should be, in my opinion. To this day I am not sure if there are two that I find better for an overall experience where most everyone is sure to have a good time watching them no matter what their likes are.

The first one is Terminator 2: Judgement Day. I was only able to see the first one on VHS and loved it although I wasn't allowed to watch it much because it was rated R. This was mostly due to the brief love scene that included nudity from Linda Hamilton that my father did not realize was part of the movie until it was too late. So, I'm sure when the sequel came out he was much more hesitant but I was a few years older so maybe that was in my favor. Well, the movie was released and due to finances we were unable to go. I understood but still annoyingly brought it up on a weekly basis. Back then movies were in the theater for much longer than they are these days. For popular movies six months wasn't an unusual stay (which is unthinkable now) so luckily this one fell into that category. 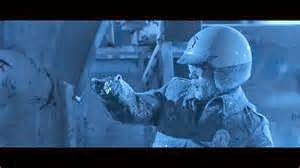 For most of its run in the theater we had car trouble that seemingly wouldn't go away. So on payday my Dad said we were going to pick up the car. Once the car was picked up we started to head in the other direction of going home, so I put two and two together and realized we were not headed home. I ask and asked but for some reason he wouldn't tell me. That is until we pulled into the movie theater parking lot and I finally got to see Terminator 2. It was even better than I could have ever imagined it. Everything about that movie is near perfect to me. The music, the acting, the violence, everything was so brilliantly done. It also helped that John Conner was my age so I had someone to root for. To this day it is one of my favorite films and it saddens me that the franchise has been treated the way it has been over the years.

The second film doesn't have the same “behind the scenes” story as I saw it on opening weekend. When I was little, like most little boys, I was fascinated by dinosaurs. So it's no surprise that Jurassic Park makes the list of memorable movie experiences. I sat there in awe as to what I was seeing. There wasn't a moment that I did not believe that the dinosaurs on the screen were not actual dinosaurs. If you had told me that they got them by going back to prehistoric times using a time machine I probably would have believed you. The story was awesome with some great characters. Everything is somewhat simple about this movie except the actual making of it. To me the stars of the movie were the raptors. I also believe the thing that made this movie special is that each dinosaur had their own personality which to me is an amazing feat in itself. 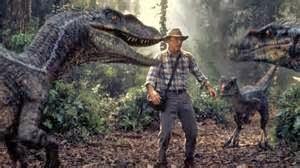 Action movies are probably my favorite of all the genres to see in the theater. The movie Speed still ranks as one of the most fun movies I've seen in the theater alongside Snakes On A Plane. Two action movies as of late that I love actually have come out in the last five years and they were really fun to watch on the big screen. Those would be The Expendables 2 & 3. Both of them rank in possibly my top ten or twenty action movies of all time. The first one was enjoyable but they really tightened everything up with the sequels.

Another action franchise that has become a personal favorite is Fast and the Furious. Ever since it got a sorta reboot with part four it has been a tradition among my friends that we get together and go see this action packed, fun franchise. That's where movies, especially in the theater get really fun, when you see them with a large group. I wonder where the franchise will go now that Paul Walker is gone but never the less I am still excited to see the next installment.

If you asked me what was the last movie that blew me away in theaters, the answer would probably surprise you. Most nerdy people would think that Avatar is the clear winner of being a phenomenal movie to see in the theaters. I do agree that it was visually stunning to see on the big screen but the story and characters were just so week that they had me rolling my eyes for half the movie. No, The movie that captivated me more than anything and the one that was completely worth the outrageous ticket prices was Gravity. I am really glad I saw that one before it made its way onto home viewing platforms. It reminded me of when I watched Jurassic Park and how I felt sitting in awe of what I was seeing. The argument can be made that Gravity did not have much of a story but it was the characters that won me over. Sandra Bullock proved in that movie that she isn't the same actress as we saw in Speed. As a bonus, this movie also has the distinct honor of being the best 3D movie I have ever seen.


To me there is just something about the big screen that really brings the magic out of movies. I think most people would agree with me but in a world where tickets are ridiculously priced, especially if you count IMAX & 3D prices, it saddens me that other people don't share the same opinion. I have to admit that sometimes I am disappointed at how much money I spend on the latest blockbuster, only to not really care for the movie that much. But for every movie that I am disappointed in, there are the gems that make it worth going to the cinema.