Movie Review: Come Back To Me by R.T. Ewell 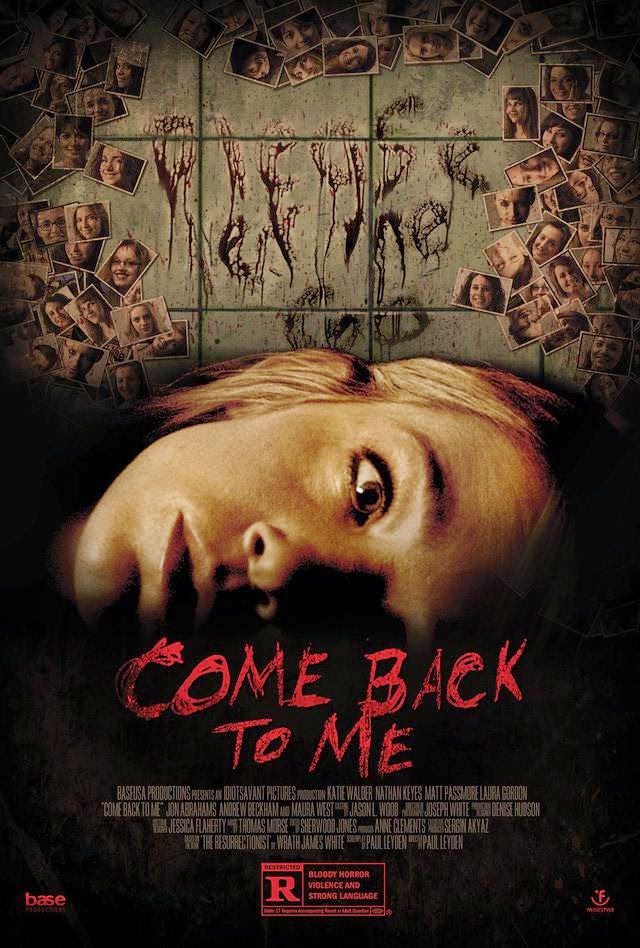 It was a few years ago I believe when Wrath James White announced that his book The Resurrectionist was going to be turned into a movie. Now, when these things happen often times they never get produced or the care that should be put into them isn’t. After a while I kind of forgot that a movie was indeed happening. That is, until a couple of months ago when a trailer was released for it.


The Resurrectionist is one of my favorite books and is partly responsible for getting me to become a writer. At the time I had never read a book that was as brutal and real as what Wrath James White portrayed in his writing. I loved the characters, the violence, and the originality that he displayed. It just caught me off guard as being completely different from the mainstream books that I was reading at the time. When he first announced that a movie was being made I was instantly excited and nervous. As we all know that some movies adapted from books ignore the source material.


To be honest when I saw the trailer, it had me more on the nervous side than the excited side. I knew the movie was low budget going into it, but that didn't bother me much. The trailer just felt very clichéd to me and didn't show what I felt the heart of the story was. In fact, the movie completely hides what the book is actually about, turning it into a mystery. If you read the synopsis of the book it gives it away very quickly but the description of the movie conceals it. Though it's not a big deal, because honestly it gives the movie a different take than the book while at the same time staying true to the source material.

The movie recently became available on OnDemand services, so I took that as a sign that I needed to give it a chance. I will say this before I get into my thoughts - if you like to read, go pick up the book before you watch the movie. If you’re not a reader then go ahead and watch the movie. I say this not because I think the movie is bad but because the book is definitely better in my opinion. My mind was completely blown after I read The Resurrectionist. If you are a reader it is definitely worth checking out, especially for horror fans. Although after you read the book, watch the movie to appreciate both versions.

So now on to the movie Come Back To Me. The story centers around Sarah and Josh, a married couple who get a new neighbor. Sarah suffers from having blackouts while waking up not knowing or remembering things. That is about all I can say without giving away the story. I will say this - it’s not your typical creepy neighbor next door story and is full of originality in the things it does.

For being low budget this movie is excellent; it shows that with a good story you don't need high dollar special effects. There are a couple of hiccups here and there that made me scratch my head or think that the characters made stupid decisions. Those were few and far between though and didn't distract me too much from the overall story. Some awesome camera angles were used to increase suspense while the music was eerie as hell. Adding to the suspense was the fact that it’s a very dark movie lighting-wise. It was a great way to keep me on the edge of my seat.

One of the best parts of the movie is the lead actress. Katie Walder pulled off the difficult role of Sarah. I didn't know her before this movie but I will definitely keep an eye out for her in the future. You really could sympathize with her throughout the ordeal she is going through. I thought she was a great choice for playing the character.

Laura Gordon also does a great job playing the best friend Leslie. Which, if my memory serves me correct was not written in the book. It has been a while since I read it so it could have slipped my mind. Nonetheless I really liked this character and her involvement in the movie.

Matt Passmore, who is best known for the television show The Glades, portrays Josh. The movie character is quite different from the book version. In fact, the relationship between Josh and Sarah is drastically different. It’s not necessarily a bad thing, but I really liked them more as a couple in the book. Matt Passmore does a good enough job but his role in the movie is not as involved as I would have liked.

Dale is the creepy neighbor next door and is portrayed by Nathan Keyes. From the trailer he looked very clichéd but after watching the movie I liked him far better. I still am not sure that I liked how he was written because it was such a different version of him from what I read, but overall I think he did an okay job. It wasn’t his acting that I had a problem with. I just pictured him differently in my head.

I was also concerned with the ending of the movie because I absolutely loved the way the book ended. Luckily, the ending did stay true to the spirit of the story even though it was changed a bit. I had no problems with this because it felt like it matched the rest of the movie version perfectly.

If you are a horror fan and are looking for something original I highly recommend Come Back To Me. It may lean more toward suspense/thriller/mystery than horror but there were times that I got the chills from certain creepy moments. The movie is not grotesque to the point of others, so anyone who likes a good scare should appreciate this one. There is plenty of blood in here for the harder core fans though, so don't think this one is a lightweight.

I believe Come Back To Me is coming out on Netflix streaming at some point but they have not yet released a date for it. This one is easily worth the money to rent on Vudu or iTunes. I also think it’s available on certain satellite and cable systems. I don't think you will be disappointed if you give this hidden gem a chance. I easily give the movie a high score and hope that it gets the attention it deserves.

www.richardrants.wordpress.com
Posted by Phantom Troublemaker at 11:00:00 AM