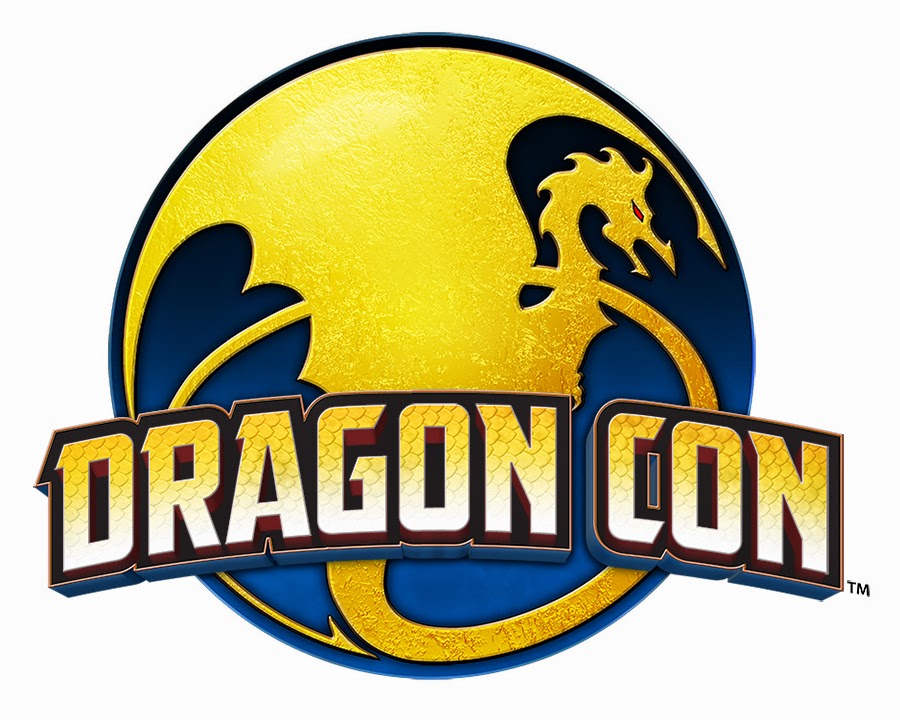 I really need Dragon Con this year.
I’m not going to bitch about my job. Lord knows I do that enough. I just spent half of an otherwise great episode of Shauncastic doing it. But this has been a rough year and I need a break.
Granted, it might be more beneficial if that break was actually a break and I wasn’t going to be on a bunch of panels at Dragon Con, but I wouldn’t have it any other way. More on those panels later.
This is the part where I point out that Dragon Con is just a few short weeks away! I have no idea what I’m covering on the site yet. I’ve been to focused on what I’m actually doing at Con to think too much about it. I have podcasts lined up, but I can’t guarantee every day of the two weeks leading up to Dragon Con will be Con-centric posts.

Fortunately I have help this year. Beth V will be covering the Con in an Official capacity, so for the first time ever there will be TEAM COVERAGE OF DRAGON CON. I’m really excited about the fact that Needless Things will be offering different perspectives on the event this year. Heck, she might even get some interviews!
Of course, we also have our talented pool of writers. I know R.T. Ewell has something special in store for you guys and I’m sure we’ll be seeing Con-related posts from some of our other regulars.
Dragon Con is always scheduled for Labor Day Weekend, which this year stretches from August 29th to September 1st. Except that now Dragon Con has gotten so big and people love it so much that it officially starts on Thursday night with something reminiscent of a New Year’s Eve party in the Marriott. But people are now starting to party on Wednesday. And Tuesday, if rumors can be believed.
A Thursday night start will be good enough for me, thank you very much. I handled the extra day far better last year than I did in 2012 and learned the value of not having a hangover your first day at Con. In a somewhat surprising move, the madmen behind my home track – American Sci-Fi Classics – have actually scheduled panels on Thursday night. I always wonder what it will take for Dragon Con to officially start on Thursday morning.
In case you’re not already familiar with it, Dragon Con takes place across five hotels (FIVE! – Hyatt Regency Atlanta, Atlanta Marriot Marquis, Hilton Atlanta, Sheraton Atlanta, and the Westin Peachtree Plaza) within walking distance of one another in Downtown Atlanta. Because of this, you need to plan your schedule beforehand and allow at least thirty minutes of travel time between events. Also, buy a large water bottle and keep it with you at all times. Most hotels have water coolers scattered about, so you can stay filled up all day and night. If you’re not peeing once an hour you’re getting dehydrated.
In order to plan your schedule, download the Dragon Con app from iTunes or the Play Store. You’re still going to want to have a hard copy of the trusty Pocket Program, but the app will make your life a whole lot easier, as it contains everything you need to know about Dragon Con and updates constantly throughout the weekend. You’ll even receive alerts if an event you have placed in your personal schedule is changed.
If you’re staying in a host hotel, be sure to find out what channel is carrying Dragon Con TV. This is the network run by a bunch of crazy Dragon Con volunteers. It provides original content, music videos, comedy sketches, short films, and also broadcasts many of the guest panels. It’s the best television channel I’ve ever seen and I look forward to seeing it every year. I just leave my TV tuned to it and on all weekend.
Also, I am in one of the comedy sketches this year. Keep an eye out for something about a telethon.

Track” is the term used in reference to all of the events involved in a particular genre or field of interest. For example, the Trek Track encompasses all things Star Trek. There are panels featuring celebrity guests, genre experts, and fans. There are also parties and events such as the Miss Star Trek Universe Pageant, which involves costuming as various species from the Star Trek universe. So to make things easy, you simply find the Track that represents your area (or areas) of interest and look for that schedule. Typically most or all of the events for one Track will take place in the same hotel and even the same general group of rooms. It all depends on the size of the Track.


Alternate History – Basically Steampunk – think Jules Verne
American Sci-Fi and Fantasy Media – Modern and current genre programs and movies. This has undergone a name change since last year.
American Sci-Fi Classics – Celebrating science fiction movies and TV of the past
Animation
Anime-Manga
Apocalypse Rising – Media dealing with the many different ways that civilization could end, as well as what happens afterward
BritTrack – This one focuses on the many genre and entertainment contributions of Great Britain. It used to be called British Science Fiction, so I wonder if maybe they’re expanding to account for the current popularity of other British media.
Costuming
Electronic Frontiers Forums – Internet, law, technology and their impact on society
Fantasy Literature
Filk Singing – Folk music about genre topics
Film Track – This used to be “Independent Film and Festival”. It appears to have been expanded to include more of a focus on filmmaking.
Horror Track
Independent Film & Festival
Kaleidoscope – Focused on entertainment for kids and young teens
Paranormal
Podcasting: Now and Beyond
Puppetry – This is actually one of the most expansive and all-genre-encompassing tracks at Con. The more panels I attend, the more surprised I am at just how many different forms of media utilize and even rely on puppetry and puppeteers.
Robotics and Maker Fan Track
Science
Science Fiction Literature
Silk Road: Asian Cinema and Culture
Skeptrack – For people with no sense of wonder. Ha ha! Just kidding! Not really!
Space
Star Wars Track
Stargate: Multiverse
Tolkien’s Middle-Earth
Trek Track
Urban Fantasy – I’m not sure how to describe this one, but some of the television shows it covers include Lost Girl, Being Human, Bitten, Supernatural, and my wife’s favorite – The Vampire Diaries.
Whedonverse – About all of the works of the Nerd King, Joss Whedon
Writer’s Track – Where writers help writers
X Track – It seems like this track focuses on cryptozoology and the paranormal as they relate to conspiracy theory. Sort of. I believe it takes its name from The X-Files, so that should clue you in.
Young Adult Literature
That’s over thirty-five Tracks covering every major aspect of genre entertainment and some straightforward real-world subjects as well – Electronic Frontiers, Science, Space, and more. Every year Dragon Con looks at its Tracks and figures out where there is a need or not so much of a need anymore. The people in charge are very good at adjusting Dragon Con to its attendees’ needs year after year.

Today I’m going to do my annual write-up of the Dragon Con Progress Report. The Progress Report is exactly what it sounds like – an update on the schedule, guests, and entertainment that will be at Dragon Con this year. It’s not the final version of anything, but it’s a good resource to start planning with, which is pretty much what I’ll do here. I’ll make notes about which guests I’m excited about and what I might need to bring, as well as outlining a preliminary schedule.
For the full Progress Report, check DragonCon.org or your Local Comic Book Shop.
Announcements
Just a few things worth noting. Some are new, some are not.
*If you already purchased your passes to Dragon Con, bring that postcard with the barcode on it that they sent you in the mail. It will make your badge pickup much faster. And if you didn’t receive it or lost it, let them know now. They can send you another one. I know this because last year I thought I hadn’t received one and I asked for another and they sent it and then after Con I found the first one.
*You will need your badge to get into the host hotels. Not just into panels and stuff – into the hotels. This policy started in earnest last year and I approve one hundred percent. I invest a lot of time and money in Dragon Con and I don’t need any freeloading jackasses bringing down the tone.
*Now through August 16th you can purchase Saturday-only passes for $50 and Sunday-only passes for $40.
*There’s always a stage set up on the pool level of the Hyatt, but now there will be a second stage on the back patio of the Hilton. These are for acoustic performances from the various musical guests.
Featured Guests
Amy Acker – I’m glad she’s coming back because I never saw her last year. I have an Illyria figure to get signed. I do have to say, though, that she’s done so much since Buffy that she’s really left that character behind. Which is a tough thing to do in genre media, so good for her.
Colin Baker – I have met, interviewed, and wrestled the Sixth Doctor. Normally that would be enough, but he was such a sweet and wonderful guy that I think I’m going to seek him out again.
Julie Benz – Such a fox. She, too has taken on more than enough roles to have overshadowed her role on Buffy. Her work on Dexter was awesome, but her role as Amanda on Defiance is outstanding. She’s getting to do a lot of things with her character of the former mayor and she’s doing them so damn well.
Grant Bowler – Oh, yeah – I fucking love Defiance. After an incredible, world-building first season I was concerned that the show would waver in its second year. It has not. As a matter of fact, it is tighter and slicker than ever, with an exciting new paradigm and lightning-fast story development. Shockingly, Grant Bowler’s Nolan is not my favorite character. He’s a great character, though, and Bowler does a fantastic job being prickly and abrasive.
Tony Curran – I still don’t understand how the same guy that plays complete dickbag Datak Tarr on Defiance (which I love, by the way) also played the tortured artist Vincent Van Gogh (Van Goff) on Doctor Who in an episode I shouldn’t have liked but ended up loving. Like, teary-eyed loving.
Ron Glass – Always a delight on panels. I look forward to catching him on Dragon Con TV.
Tricia Helfer – Number Six from Battlestar Galactica. I would like to get a picture with her. She also inspired the best cosplay mash-up I’ve ever seen:

Posted by Phantom Troublemaker at 9:02:00 PM