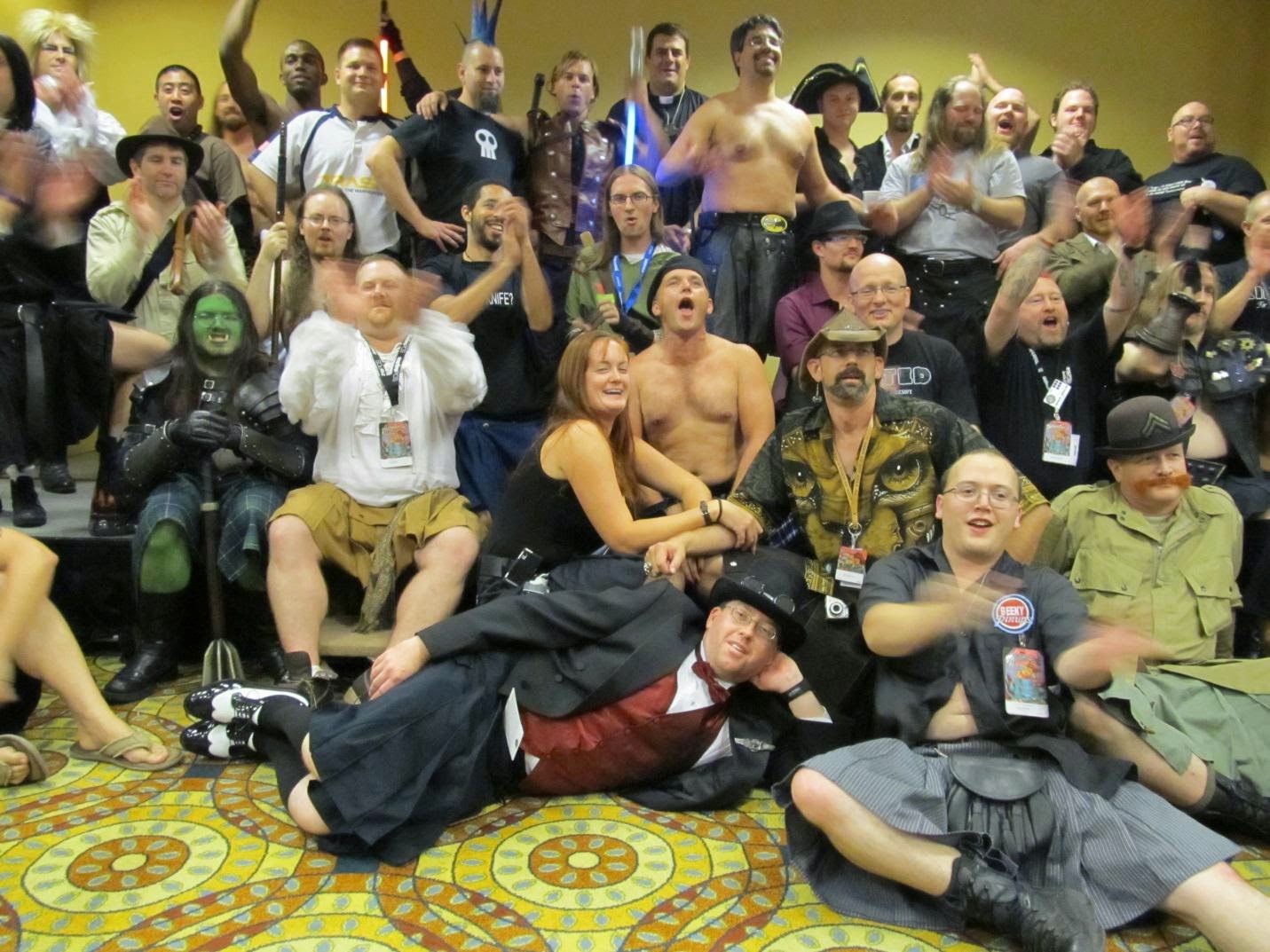 It was my second DragonCon. I had fallen in love with Laurell K. Hamilton’s Anita Blake series and was eager to meet her. I went to her booth to buy a new book and find out how to get her autograph. The nice blonde lady, whom I found out later was Chica, Laurell’s sister, told me about the book Flirt and that there was a comic in the back by Jennie Breeden. I hadn’t read that one and bought it. She told me that Jennie Breeden had an event that night called Kilt Blowing and I could get her to autograph the comic for me. 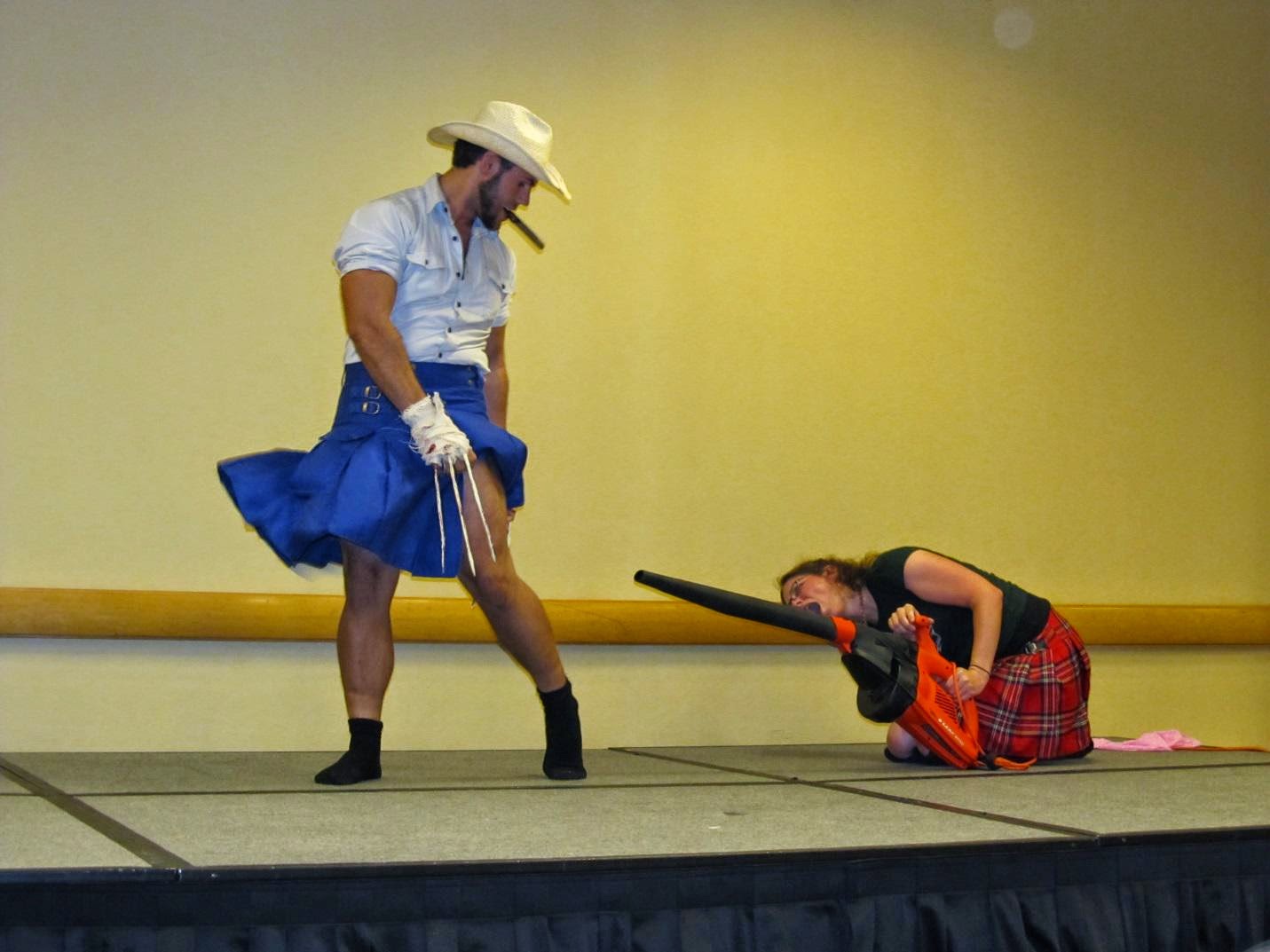 Some timidly, some boldly, some in Utilikilts (like my husband), some in custom ones. They came in all shapes, sizes and colors. It was a kaleidoscope for all senses - the colors of the costumes, the bright lights, the roar of the “hard surface blower”, and the shrieking of the women, and men, of the audience. 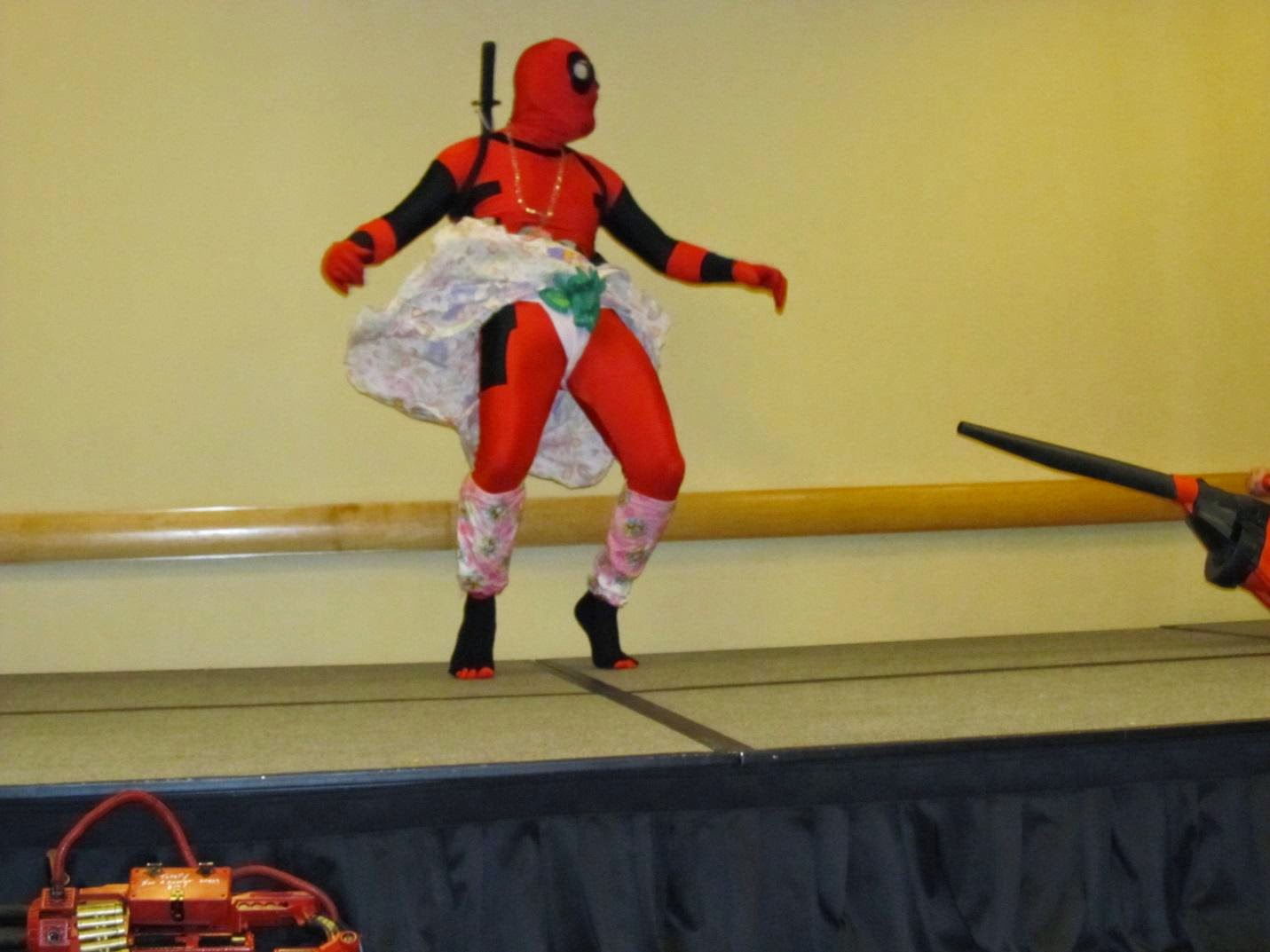 Some of the performers tossed parts of their costume to the audience and at one point the audience tossed panties (along with one pair of boxers) at one kilted wonder. The energy in the room increased as the men got “blown” by Jennie. 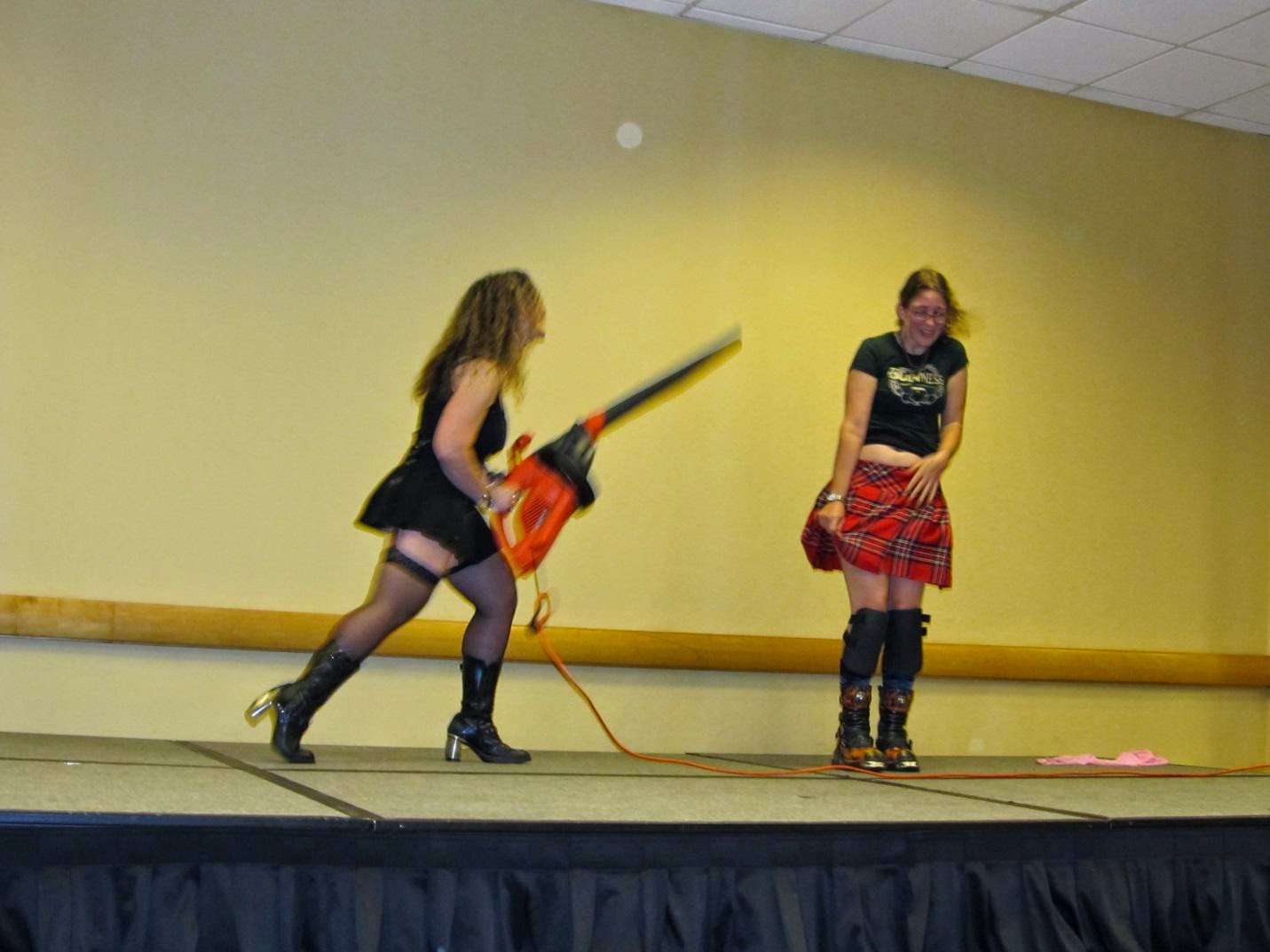 The final participant came on stage, a woman, the only woman to participate. Then came the announcement that it was Laurell K. Hamilton!! Jennie “blew” Laurell then Laurell took the blower and blew Jennie. It was so much fun! 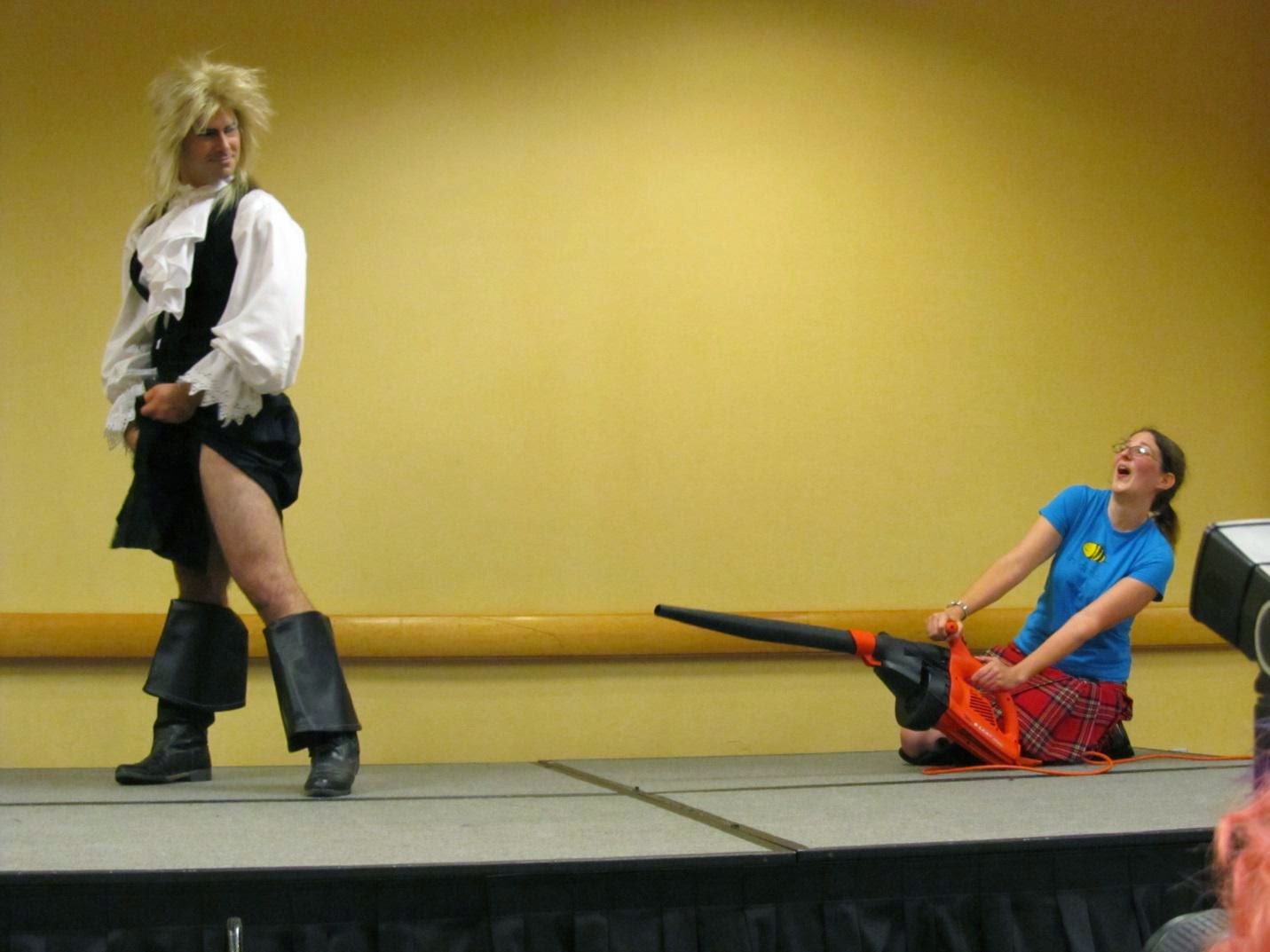 After all the blowing, the participants all came back onto the stage for group photos. Then they were descended upon by the masses. I stood and watched Laurell from afar, fan girling quietly. My husband walked up, took me by the hand and led me to here where he introduced me to her. Seems while he was in line to get “blown” he had been chatting with her telling her how much of a fan I was. I got my photo with her!!! 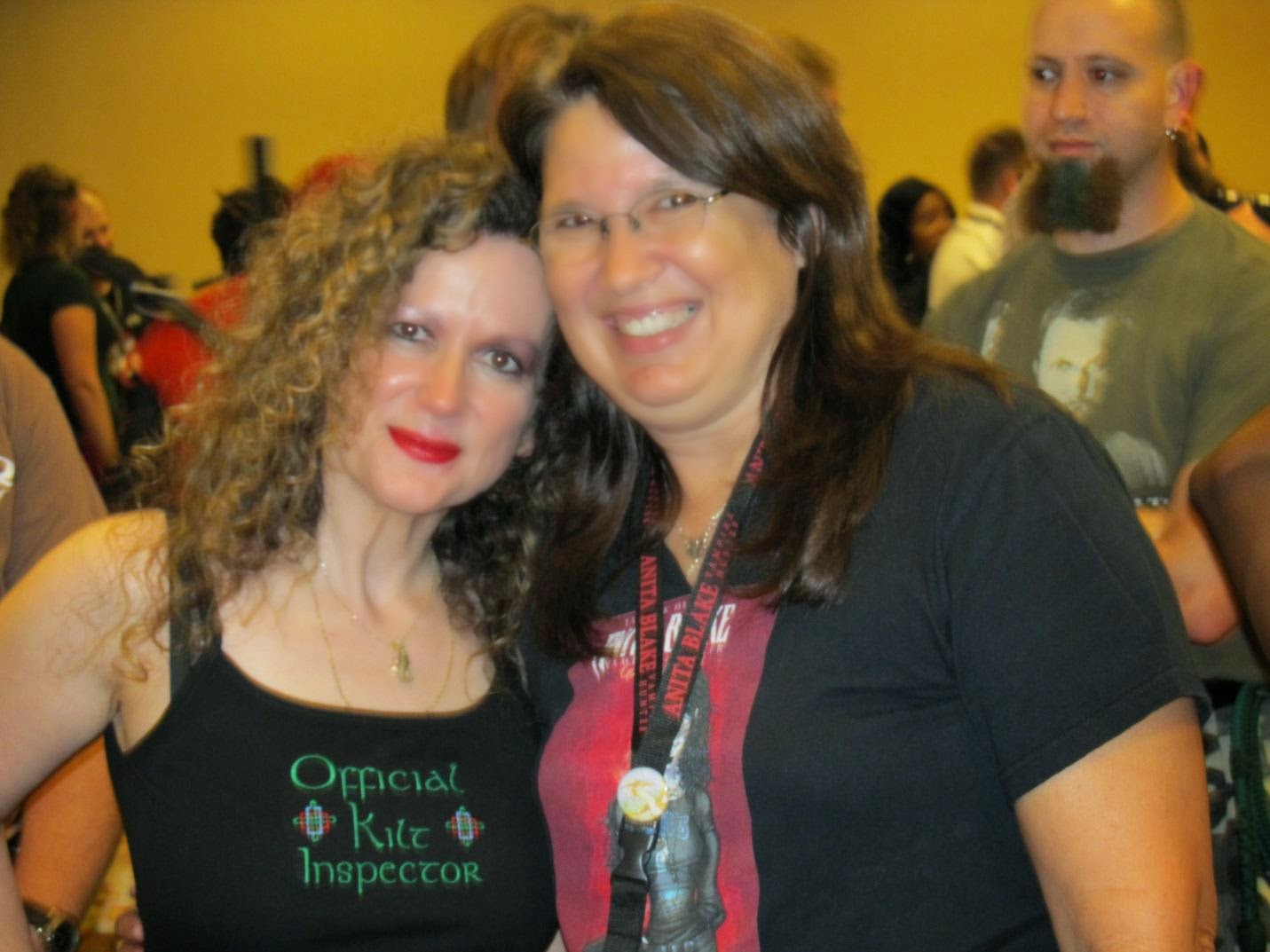 Every year since my husband has participated in kilt blowing and I have watched. The first year he was in a Utilitkilt which is very heavy and doesn’t blow well. So I have taken to making him a new kilt out of lighter fabric. :D