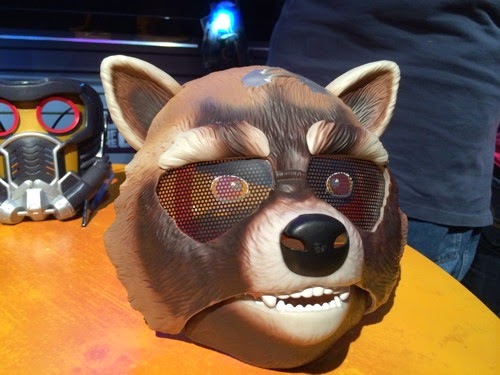 Hey everybody – Phantom here. I am looking for stories about Dragon Con. I don’t care how long they are, how dirty or clean they are, or when they took place. If you have a Con-related story you’d like to share, send it to me at phantomtroublemaker@gmail.com and I will post it here on the site. Be sure to include pictures (if possible), how you want to be credited, and any links you’d like to attach. We have less than two weeks before Con, so I’ll be posting your stories as soon as I get them.

To paraphrase the great Dave Barry:

Once could not possibly overstate the importance of cosplayers at Dragon Con.

Well, one could, I suppose, if one said something like, “Without cosplayers at Dragon Con the balance of the entire universe would shift and Earth would go hurtling into the sun.”
Although I think that might be entirely possible.

Okay, now that I’ve mangled a much more talented writer’s concept, let me honestly say that I think, as a group, that cosplayers are the most important people at Con. I’ve said it before and I truly believe it. There were a few years where Dragon Con seemed a little light on costumes – just before the current cosplay boom – and it was noticeably less fun.

If no celebrities showed up it would be disappointing, but the overall atmosphere of the Con would still be great.

If no vendors showed up we would all save a lot of money and not have to walk all the way over to America’s Mart.

If no artists showed up that would really suck. It would seriously bum me out. But again – the atmosphere of Con would remain.

Loathe as I am to admit it, we could even get by without the folks in the fan tracks. As much as I love the fan experience, there was a time when I enjoyed Dragon Con and didn’t even go to panels – fan or otherwise.

I’m not saying I want to, but I could still enjoy Dragon Con without those things. Take away the cosplayers and the atmosphere they help to create – the fantastic, otherworldly atmosphere – and you lose a lot of what makes Dragon Con so special. That is, the escape from reality.

So here’s to the cosplayers and their hundreds of hours and dollars of investment, their passion for dorkery, and their pure damn stamina for walking around in a hundred pounds of armor for hours at a time.

Or for walking around half-naked. Let’s not forget those brave heroes.

Anyway, here are my best guesses at what the hot costumes of 2014 will be. 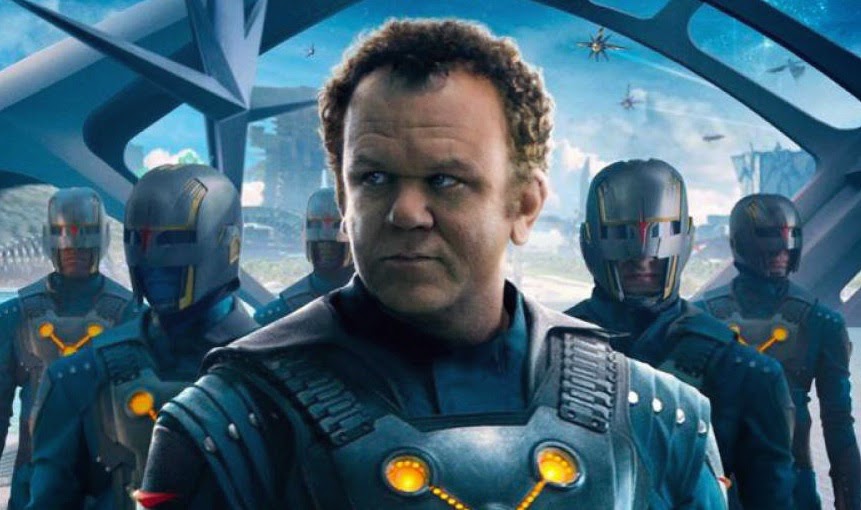 Guardians of the Galaxy

There will be tons of Rocket Raccoons. Furry Rockets, sexy Rockets, lazy Rockets, amazing Rockets, and probably even puppet Rockets.

But I’m sure we’ll also see the rest of the cast represented to one extent or another. Star Lord has a specific look, but one that I don’t think will be too hard to pull off. I’m sure there will be huge gaps in accuracy – everything from a red jacket with goggles to screen accurate coats with detachable bottom portions and masks with light-up eyes.

I would love to have a Nova Corps uniform.
But mainly I want to see a Howard the Duck.

All of the other Marvel movies

Guardians may be the new flavor of awesome, but Thor 2 and The Winter Soldier also happened since last year’s Con and no doubt inspired cosplayers. I know there will be at least one incredible Winter Soldier walking around this year. I’d love to see some of the supporting characters from Asgard. The issue there is that it would cost so much time and money to make somebody that nobody is going to recognize. Even an excellent Volstagg would still just be Volstagg – somebody only the hardest of core is instantly going to recognize.

I fully expect a multitude of Black Widows. And I wouldn’t be too surprised to see some crafty soul bust out a movie-fied variation of Arnim Zola. That’s the kind of weird shit that happens at Dragon Con. 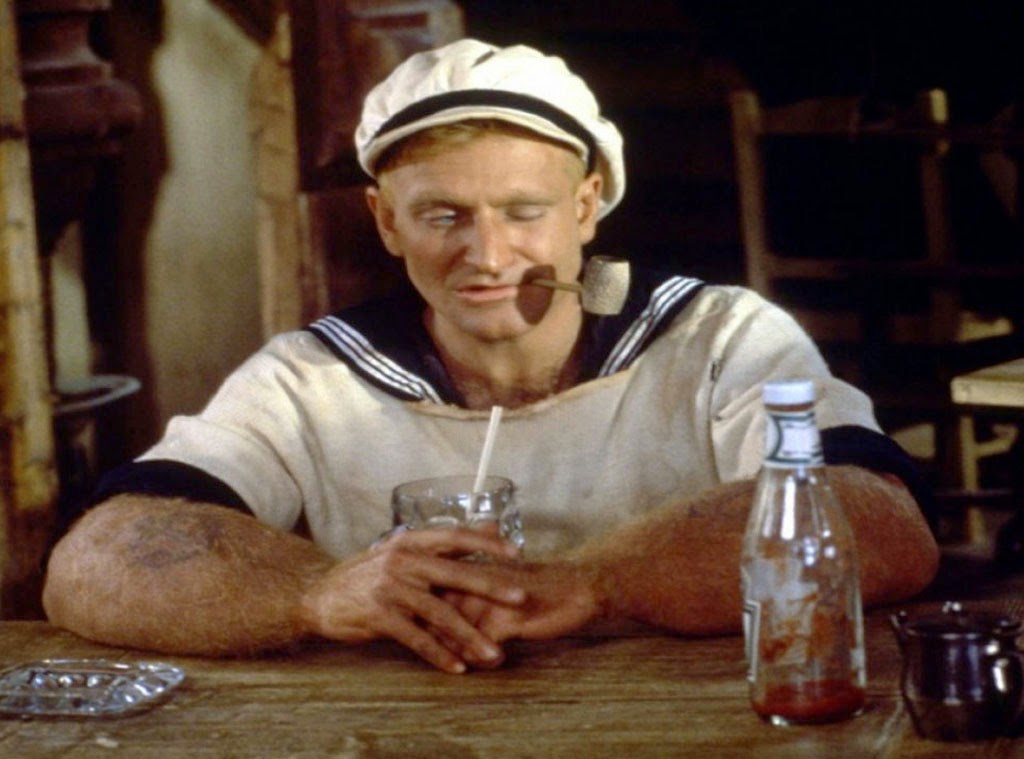 I’m writing this the day after Williams was found in his home. I’m about as broken up about it as I get over celebrity deaths. He was one of my earliest heroes that wasn’t a cartoon. I had rainbow suspenders because Mork from Ork was, quite frankly, the most incredible person on the planet.

I think there’s a fair chance we’ll see a few of Robin Williams’ memorable characters represented at Con as a tribute to the man’s genius and influence on all of our lives. I could definitely see Mork, Mrs. Doubtfire, Teddy Roosevelt, (others). I might have even ordered a brand new set of rainbow suspenders as my own small form of acknowledgement. 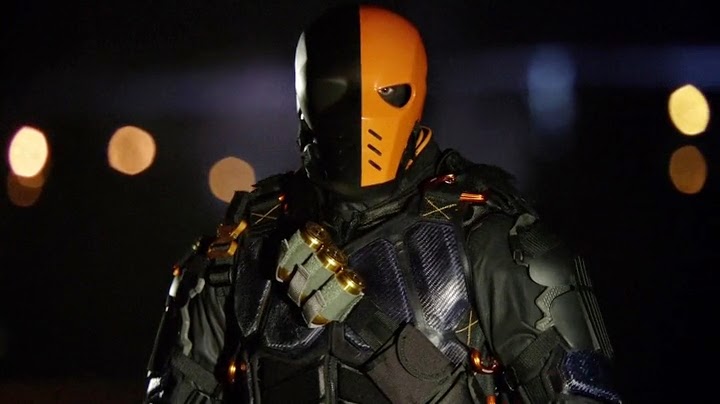 A lot of comic book shows are somewhat shy about putting the heroes in costumes. Arrow is not one of those shows. At least, not anymore. The last season was chock-full of costumed superhero and supervillain goodness and I fully expect to see Deathstroke, Black Canary, Huntress, and more running around Con. Obviously there will be plenty of Oliver Queens, but if you’re gonna do that one you had better be ripped and charming as heck. Somebody set up a salmon ladder in the Hyatt.

Of course, now you can’t mention Arrow without mentioning its little brother series, The Flash. I’ll be very impressed if anybody is wearing Barry’s costume. But not surprised. Cosplayers are an amazing bunch and I daresay have had more than enough time to build costumes based on the shots we’ve been given of the TV costume.

Gotham doesn’t seem to be offering much in the way of costumes, but I’ll be very surprised if I don’t see some guys walking around in trench coats and red ties, a la Constantine. 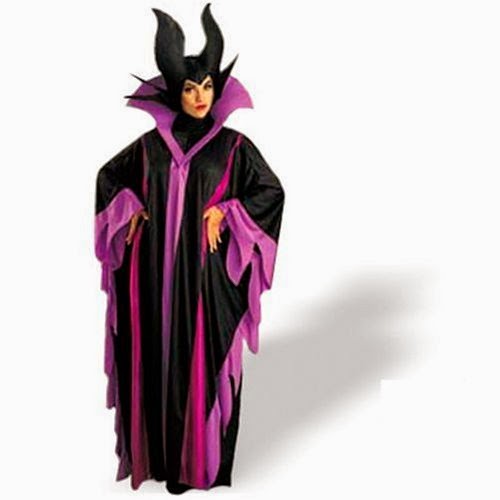 We will see LOTS of Maleficents. I don’t even know for sure how the movie did, but the character is so iconic and was marketed so well during the ad campaign for the film that everybody has that image of Angeline Jolie burned into their brains. The only question now is which variations we’ll see. There’s no doubting we’ll see classic Disney versions, movie versions, and the one with the wings. But will we see variations like Furry Maleficent, sexy Maleficent, lazy Maleficent, or even puppet Maleficent?

I think it’s likely that a lot more people are going to read this post then read my July Previews rundown, so I’m not going to repeat my diatribe about how intensely I disliked Frozen. I don’t want to put anybody off.

There will be an absurd number of Frozen costumes at Dragon Con. It’s going to be ridiculous. Kudos to every lady (or dude) that chooses to wear something other than that same damn Elsa dress that everybody wears. And my sincerest thanks to all of the ladies (and dudes) that choose to not wear anything from this terrible movie.

And yes – feel free to abuse me in the Comments. I know ours is the only family on the planet that hated Frozen.

Okay, I know this isn’t going to happen because the movie doesn’t even come out until October 17th, but LOOK AT THIS GORGEOUS TRAILER:

Really I just wanted to draw attention to the movie. Man. I’m more excited about Book of Life than anything else that’s coming out the rest of the year. 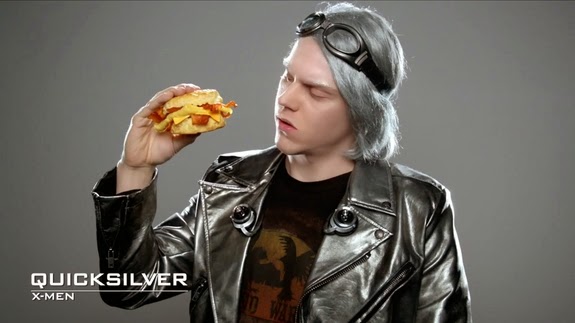 X-Men: Days of Future Past

I may have disliked this movie (though not as much as Frozen and DEFINTELY not as much as I hated Teenage Mutant Ninja Turtles), but it featured a ton of fantastic costumes. As rife with problems as Days of Future Past was, the way the characters were dressed was not one of them. Even Quicksilver – who barely had a costume at all – had a recognizable and distinctive look. I would love to see a big group dressed like the future X-Men. Or present X-Men. Or whatever the heck they were supposed to be. 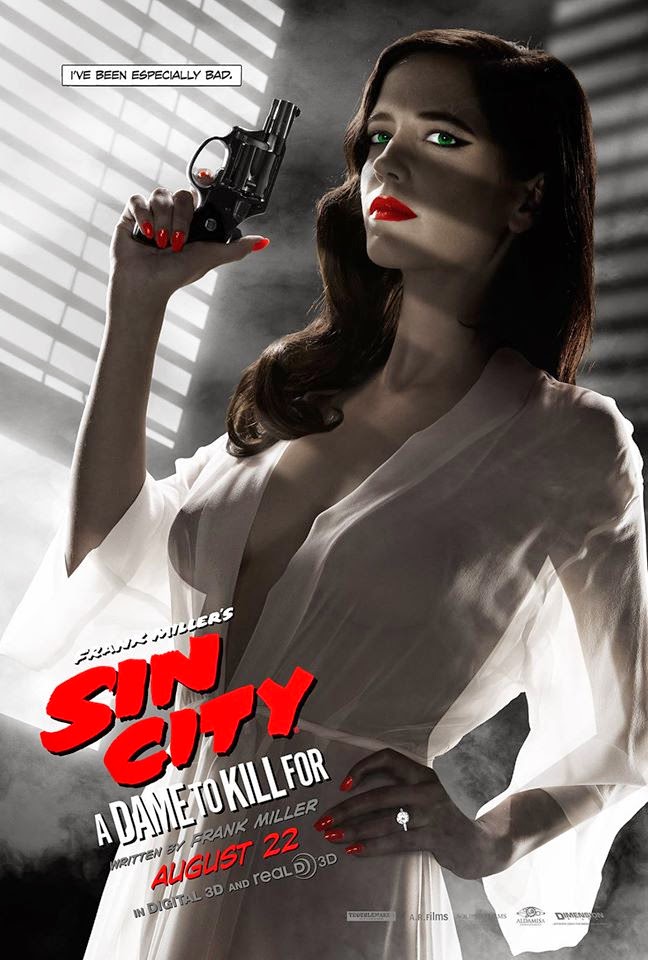 I always like to throw in something that I think is sort of a long shot. Book of Life wasn’t really that. That was just me drawing your attention to the trailer for that gorgeous movie.

I’m not sure if expecting Sin City cosplay even is a long shot. This stunning Nancy was there at least two years in a row:

And I’d imagine with a new movie coming out she’ll be back this year. While a lot of the characters in the Sin City universe are suit and trenchcoat people, there are certainly enough distinctive looks that might appeal to cosplayers. I think it would be awesome to see black and white costumes. I’m sure it’s been done, but I haven’t seen it.

That’s all I’ve got this year. I’m sure I will once again be surprised by the creativity of the cosplay community and how off the mark I was or how many new concepts I overlooked.

The Secrets of Being Happy At Dragon Con: Part 2

Wear some kind of costume at some point over the weekend. Probably Saturday night.
It doesn’t have to be an elaborate, homemade, recognizable character. It doesn’t have to be a spandex suit or armor or some giant set of wings. Throw something together, rent something, just go and buy a mask. Do what you’re comfortable doing. But give it a try. I spent one year wishing I had a costume and the next year wishing I had a better costume. Aside from the masks I wear everything I put together is just a bunch of clothes I buy. But it’s what my character wears. It’s different from what I wear when I’m not in the mask. It’s a costume, regardless of anybody else’s definition.

So take a night to not be yourself and play around at the Marriott or wherever you decide to hang out at Con. I think you’ll find yourself feeling sorry for the shorts and t-shirt crowd and all the fun they’re missing out on.

Then again, maybe those folks are accountants and looking like slobs is their costume.
The point is, try something different. Which segues into Part 3. But that’ll be up… sometime soon.