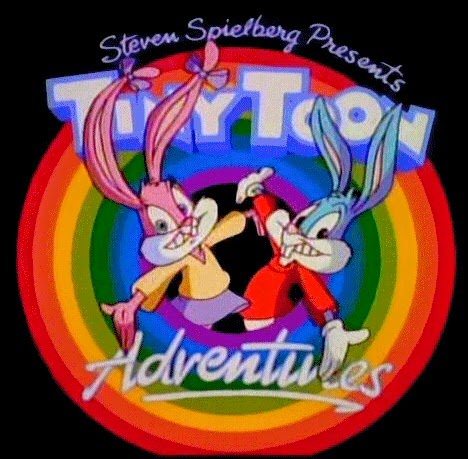 Last month I wrote an article for Needless Things in which I discussed the ever popular craze that was Saturday morning cartoons.

Well, Saturdays weren’t the only day for cartoons. In fact, in the early to mid-90's weekday afternoon cartoons were extremely popular. That’s right - from about 2:00 till 5:00 (ish) you could plop down in front of the tube and watch a vast variety of your favorite animated shows.


Two of my favorite shows were actually back to back. This might be due to reruns that I remember them one after the other. I'm guessing around 1992, Steven Spielberg and Warner Bros. began a partnership that was extremely successful. Of this the two shows that were arguably the most popular were Tiny Toon Adventures and Animaniacs.


Tiny Toon Adventures followed child variations of popular Looney Toon characters. So instead of Bugs you had Buster. Instead of Daffy, his name was Plucky. And the most appropriate name was Dizzy Devil, of course this name belonged to none other than the youthful version of the Tasmanian Devil.

This wasn’t a rip-off show though. Tiny Toons was very much its own show incorporating new ideas, characters, and stories. 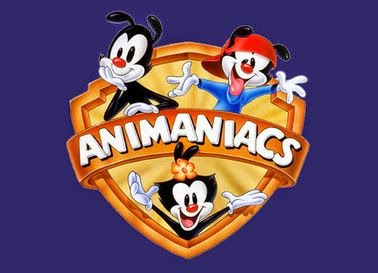 Now, this was something brand new. All new characters with excellent writing and aimed as much towards an adult audience as it was to kids. It was very much a variety show, focusing not on a singular set of characters but many that were unique. Yakko, Wakko, & Dot were two bothers and a sister that were posed as the main stars of the show. Along with them though, you had break out characters such as Pinky and the Brain. Which perhaps are more widely known to the main stream audience than the main three actually are.

Also were thrown in characters like Slappy Squirrel, rita and runt, buttons and Mindy and who could forget Chicken Boo.

On the flip side of all the silly comedy, you had comic book based cartoons making a splash in the animated pool. 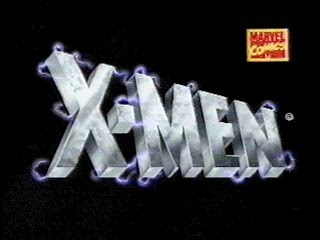 X-Men and spiderman were both terrific showcases of their counterparts on the pages. X-men had one of my favorite openings/theme songs in that era and today this day it runs through my mind on occasion. The stories were well written with some being adapted straight from the pages. Spiderman had a showcase of villains and was probably the most accurately depiction of the web crawler.

On the DC side of things you had Batman: The Animated Series. This is pretty much as perfect as a comic book based property can get. Each episode leaves you speechless with the near flawless writing and the depiction of each character. 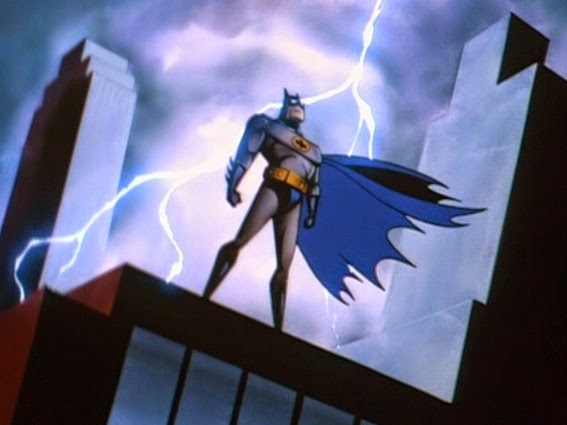 Villains have never been more accurately displayed on a screen for the caped crusader more than this show in my opinion. The voice work is superbly done with Mark Hamill as The Joker, Richard Moll as Two-Face and Kevin Conroy as the Dark Knight. Possibly, the best part of the series is the tone it carries. Dark and mysterious with an exciting opening that gets you prepared for the awaiting story. This show also has the distinction of being where Harley Quinn got her start. That's right she was created by Paul Dini and Bruce Timm specifically for the show and was later incorporated into the comics as a result of popularity. 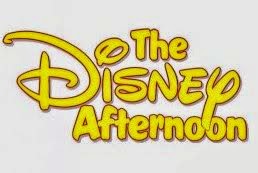 There was something else special that made an appearance every afternoon. It was The Disney Afternoon. This group of cartoons shifted but usually the leader if the pack was Duck Tales. The show centered around Uncle Scrooge and his nephews, Huey, Dewey, & Louie. It was a well written show with lots of adventures usually piloted by the comic relief of Launchpad McQauck. Another show went the more mystery/detective route with Chip and Dales Rescue Rangers. It was a pretty different take but fit in well with this afternoon line up. Joining the two chipmunks were two mice solving the various mysteries. Another show that spun disney characters in a different light was the show that focused on Goofy and son Max. Im talking about none other than Goof Troop.

Other shows were Darkwing Duck which was an excellent superhero spoof series. TaleSpin which took the path of turning jungle book into a air cargo adventure show. However, a show that was my personal favorite was Gummi Bears. Something about Gummi Bears, from the theme song to the fact that it was a teenager in a medieval land grabbed my attention. I loved the different personalities each character had even though now that I think about it, they very closely resembled the seven dwarves.
Gargoyles gets an honorable mention but to be honest I just never got into it. I would love to watch it as an adult to see what I missed out on.

There were some other great shows but as with my previous cartoon themed article this was just an overview of ones that stuck out in my 36 years old brain. Back when I talked about Saturday mornings, I raved about how the networks made it a big deal. I raved about how many different cartoons each network provided. What I didn't rave about was the story telling. Thats because it wasn't there. Saturday mornings seemed to be more light hearted than afternoons. While, weekday afternoons was more focused on telling a story. Even the goofier themed cartoons had some excellent writing behind them.

Now, you'll notice some shows missing between this article and my Saturday morning article. There is no mention of Thundercats, He-man, G.I. Joe, Transformers, TMNT or anything else you’re probably screaming “but what about,” right now. Those are special enough shows that they deserve their own separate article which is now on my short lists of ones to write.

Just like the Saturday morning resurgence that the network channel WB provided, they did the same with weekday afternoons. I remember a Jackie Chan cartoon and some Japanese imports if my memory serves me correct.

I do not know the reasoning behind the disappearance of cartoons on these selected days. I'm guessing we live in a world where everything is so readily available that there isn't really a need for them. Why would kids sit down and watch during these times when cartoons are available at their fingertips through various outlets. There are generations that will greatly miss what many of us remember all too well, when going home after school was a portal to animated worlds.