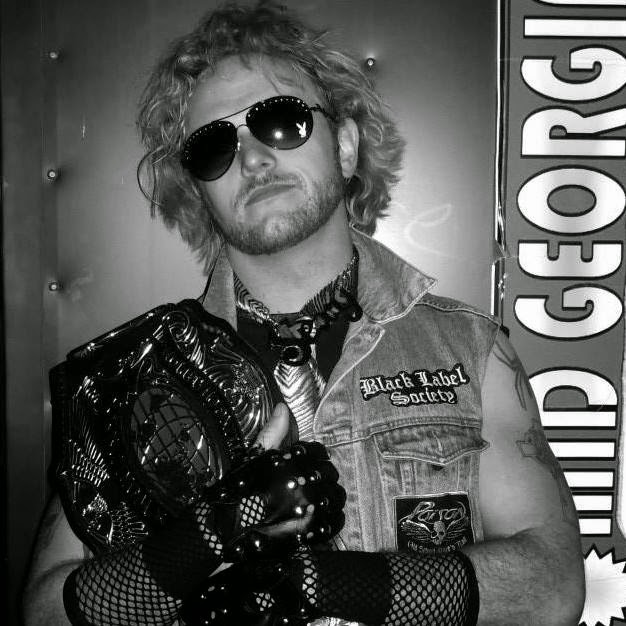 There’s a sign that hangs in the Ring of Honor Dojo that says something along the lines of “Try and succeed and you’ll be happier. Try and fail and you’ll be wiser”. This is the story of me trying to become a ROH wrestler. Time will tell whether I end up happier or wiser.

In March of 2002, I decided I had enough of the politics of high school sports, so I began to pursue another passion: professional wrestling. I mean wrestling couldn’t be that political, right? RIGHT?! So at 15 years old, I rolled coins and scraped together enough money from my part-time job at Subway to sign up for a wrestling camp at Dory Funk, Jr.’s “Funking Conservatory”. In July of 2002, I had my mom drive me from Jefferson, Georgia to Ocala, Florida to begin my journey into the world of professional wrestling.

One look at the ring inside the state-of-the-art facility and I was hooked. Little did I know that independent wrestling venues don’t usually look that immaculate. I spent the next week learning the ropes (get it?). I knew this was what I wanted to do with my life.

I scraped together more (fabulous) moolah and returned to a camp that December. One night after training, I was hanging out with some of the other trainees. We decided to watch wrestling VHS tapes (remember those?). One of the tapes was a Ring of Honor show. I had heard about the fledgling promotion, but had not yet had the opportunity to see any footage. I was amazed by what I saw. I was a 90’s kid in Georgia who became obsessed with wrestling kind of late; I grew up on WCW. I was always intrigued by the glitz and glamour. My love of superheroes, of larger than life spandex-clad characters is what drew me to wrestling. I liked wrestling because of the entertainers and the talkers. ROH was different. This was wrestling presented as a competitive sport. I had only seen a little Japanese wrestling at the time, and even less independent US wrestling, so this blew my mind. Now I had a new goal: Not only did I want to be a wrestler, but I wanted to be a ROH wrestler.

I followed the ROH product in my early days of wrestling. Names like Danielson, Daniels, Joe, Styles, and Punk left me awestruck when I managed to get my hands on to ROH tapes and DVDs. At the same time, I was finding my identity as a wrestler. Thanks to the miniscule amount of athletic ability that I possess, my gimmick became more character driven. Accentuate the positives and hide the negatives, right?
I continued wrestling every weekend and honing my skills in the ring. I still followed the ROH product, but not as religiously as I initially did. It gets kind of expensive to buy a ton of DVDs every month. And thanks to being late to the whole high-def TV craze, I missed most of the ROH on HDNet run.

When WrestleMania came to Atlanta in 2011, I wanted the whole Mania weekend experience (not to be confused with a Matt “Sex” Sells “Sexperience”), so I bought a ticket to ROH’s first night of Honor Takes Center Stage. I was not disappointed. The show was easily the best wrestling I saw all weekend. My love for ROH was rekindled.

Then something even better happened. ROH was bought by Sinclair Broadcasting, so now there would be a weekly nationally syndicated TV show. Even without it airing on any local Georgia stations, I was able to watch the show each week thanks to the power of the internet. ROH had now very much become a TV wrestling promotion. The hard hitting athletic competition element was still very present, but now it was accompanied by even more promos and traditional wrestling storylines.

This was something I could do!

Even before the current incarnation of ROH, they had started running seminars/tryout camps. I had toyed with the idea of attending one, but had never taken the initiative to actually attend. They were holding another one in the fall of 2011, and it was my wife Jen who gave me the kick in the ass to finally go. She presented the argument that it was better for me to go and not have to ask “What if?”. That would become a reoccurring theme in my ROH journey.

I attended my first camp and it was worth every penny. I had been wrestling for 10 years at the time, but I learned more that weekend than I had the rest of my career. Five camps later, and I am very happy on the returns on those investments. The amount of knowledge gained from all of the trainers at each seminar is invaluable.

After attending camps, I make an effort to try and attend shows and help out with anything I can any time ROH is close (only in wrestling is an 8 hour drive considered “close”). On January 4, those efforts paid off in a big way, as I made my Ring of Honor TV debut, thanks in large part to being in the right place at the right time. That five minute match was all the validation I needed to know that my work was paying off.

I’ve always wanted to train full-time at the ROH Dojo, but that was never a reality when I was living in Georgia. It was once again Jen who presented another “What if?” scenario. Now I find myself in Philly, regularly attended training sessions at the Dojo. It’s amazing to learn so much about something I’ve been doing for 12 years. Sometimes I feel like I’m starting completely over again. Each training session is one of the most exhilarating yet humbling things I’ve ever experienced.
In the short term, the move has already paid off in a big way, as I’m set to wrestle on ROH’s “Future of Honor” card on July 27 in Laurel, Delaware. As far the long term, who knows? I’m just going to keep on plugging along. While ending up wiser would be a nice consolation prize, I hope to end up a lot happier!