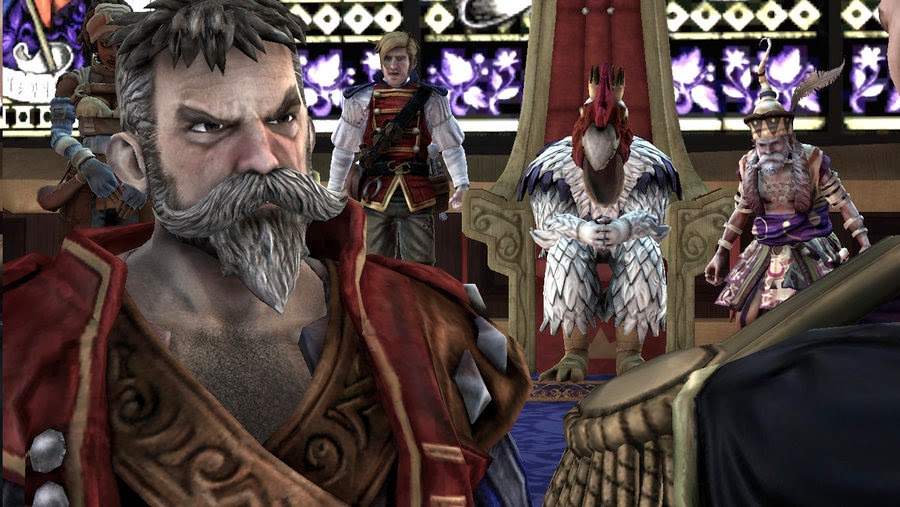 I recently read an article on bbc.com asking if video games can ever be funny. It suggests that while video games have yet to be funny, that some may be emerging in the near future. While I might agree that historically video games might not have been chock full o’ jokes, there are indeed some extremely funny games out there already. Sure there are a lot of very serious shot ‘em ups and RPGs in the world of gaming, but games are as diverse as the people who play them. Gamers aren’t all super intense dudes out for blood or adorable little children playing pretty pony salon, and games have to appeal to different groups to grab an audience. They’re about entertainment, and some of us are greatly entertained by humor. Don't get me wrong, I love a serious zombie killing or intense RPG, but I'm just not always in the mood. Sometimes I want to kill, sometimes I want to chill, and sometimes I want a good laugh. While movies and TV offer plenty of that it's nice to interact with the jokes in a game now and then. It can also lighten up what could otherwise be some pretty serious story telling. There have been a lot of games that tried and failed to be funny, but there are also many that have succeeded. To prove my point here’s a list of some of the best. In order of my favorites, of course…


Deadpool
Okay so it’s not a great game, but it does know that and tries to make up for it in humor. Any game featuring Marvel’s wisecracking, fourth wall breaking mercenary would have to be at least a little funny. In that department; at least, it doesn’t disappoint. Okay so it’s kind of repetitive, and you fight the same bad guys over and over again, but the humor was really well done. When sometimes buddy Cable shows up and starts giving him a long-winded mission story Deadpool literally shoots himself in the face to get out of listening. He wakes up with a note from Cable stuck into his chest with a large knife. I even got an achievement award for repeatedly bitch slapping an unconscious Wolverine. Those were the easiest, and funniest gamer points I've gotten in a long time. 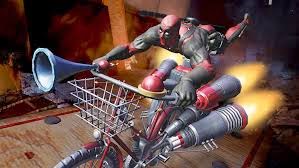 Earthworm Jim
It's an older platformer that I haven't played in years, but I remember it because it was funny. It had nice cartoon-y graphics, and the plot was ridiculous, but that's part of what made it great. A worm in a super suit has to fight bad guys like Queen Slug-for-a-Butt, Bob the Killer Goldfish, and Professor Monkey-for-a-Head to save Princess What's-Her-Name. You can use Jim's head to whip enemies or as a grapple to get to higher platforms, and if you leave him standing around too long he even starts jumping rope with his body. It also has silly level names like New Junk City. Are you laughing yet BBC? I'm pretty sure there are ports and/or updated versions for all newer consoles so check it out if you haven't played it before. 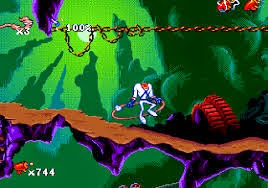 Portal
The evil computer GLaDOS spends the game alternately encouraging you and trying to kill you. At the beginning you're told that she's going to throw you a party with cake. By the end the party is canceled because no one likes you anyway. Of course, if you read the writing on the walls you already knew that the cake was a lie. She also says increasingly crazy things so that near the end of the game you hear stuff like this, “Good news: I figured out what that thing you just incinerated did. It was a morality core they installed after I flooded the enrichment center with a deadly neurotoxin, to make me stop flooding the enrichment center with a deadly neurotoxin. So get comfortable while I warm up the neurotoxin emitters”. The signs posted all through the testing areas are good for a chuckle too (I died a few times by not paying enough attention to them at first), but the best is the song performed by GLaDOS as the credits roll. It's a super fun puzzle game that can be a little frustrating, but it's a great quick play that features lots of humor. If you haven't already heard the song (or just want to hear it again) hit the link below.
https://www.youtube.com/watch?feature=player_detailpage&v=36reZ9-3VK0

Psychonauts
Or really any Tim Schafer game, but since this is the one I played (and liked) the most I’m going with it. Overall the game is an entertaining platformer with a beautiful style. You play Raz, a young boy with strange powers who goes to a summer camp for psychic kids. It's never going to be that simple though as Dr. Loboto keeps stealing brains from the kids to get ahold of their powers. To fight him you have to delve into the minds of others that are the levels you go through when not wandering around the environment. The levels look like the kind of stuff Tim Burton might have nightmares about, but there's still plenty of funny to be found. A character gives you a piece of bacon you use to contact him. Raz's little buddy Dogen has accidentally made heads explode on four different occasions, and talks to squirrels about killing everyone in a way that is very Ralph Wiggum talking to a leprechaun about burning things. Dr. Loboto also has some good lines like, “Now hold still. This will only hurt until your brains come flying out”. But this game isn't really about one-liners. It's based more only the interaction between the characters, and that's where it shines. A bunch of young kids away from home and facing danger in a quirky and very funny game.
Raz: [Shaking her] Lili! A deranged madman is building a fleet of psycho-death tanks to take over the world, and there's no one who can stop him, except for you and me!
Lili: OH MY GOD! Let's make out! 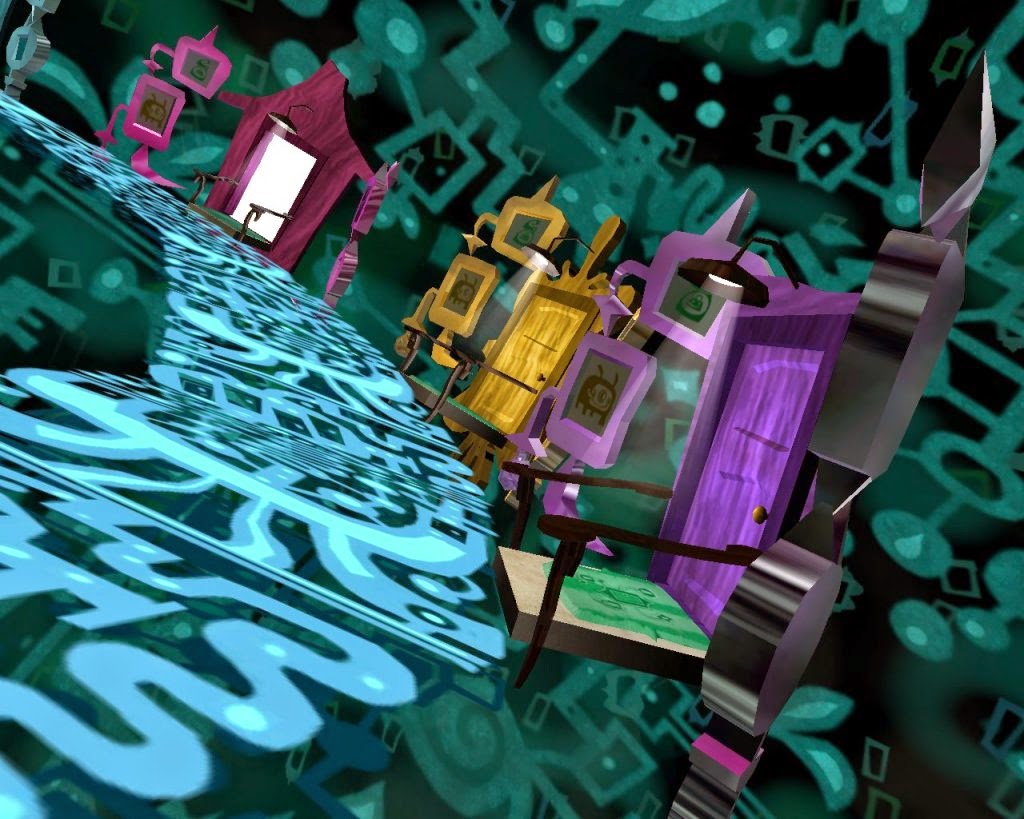 Fable II or III
Stephen Fry and John Cleese doing game voices? Yes please. How could they not be amusing? Well I guess they could if the writing sucked, but it doesn’t so they are. The plots of these two engaging RPG's may seem pretty serious at first, but don't let them fool you. Apart from the insane power grab made by child murdering villains there's a lot of humor to be found. From the names of the drinks, “Hoptimus Prime” to the funky afro your hero can sport there are light-hearted touches everywhere. There are taunting lawn gnomes who say things like, “my favorite things are music and sunshine and love. And pain”. After a side quest to retrieve a pair of a character's underwear for a rabid fan the mission screen pops up with, "You have obtained a pair of... Well, what happened was, you managed to acquire... Benjamina wanted... Look, you know what you did". Even the loading screen advertisements are cute and comical. All funny stuff that is perfect counterpoint to the sober overtones in the main story line. I mean Michael Fassbender voices the main bad guy in Fable III so you know it's serious business. But a line from the end of a D&D style side quest sums it up perfectly for me, "And they lived happily ever after. With little to no cannibalism.". 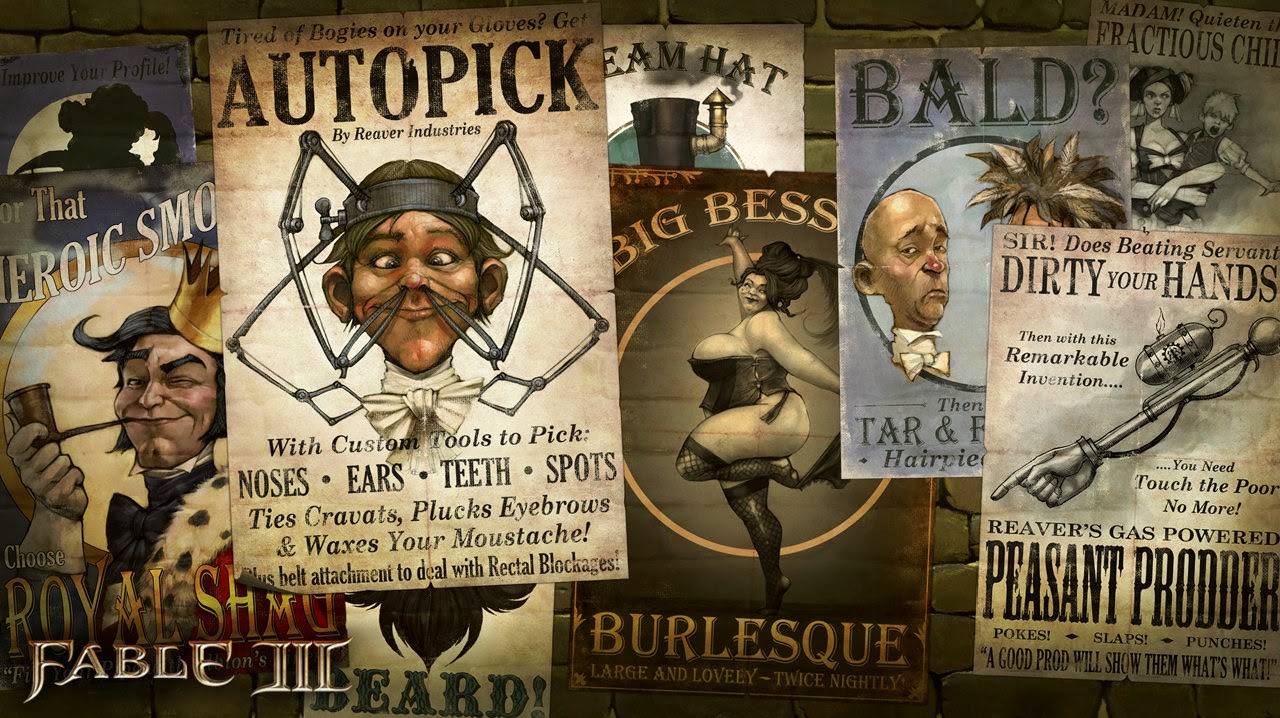 I know that there are more that could be added on to this list. It seems that Saints Row: The Third is going to be funny, but I haven't gotten that far into it yet. I'm trying to keep a little half-assed integrity by only writing about what I really know here people. The Lego games are amusing for sure, but not LOL funny like the ones I've listed. And let's not forget all of the great, and extremely funny games you can download for free on your phone. Amateur Surgeon, Plants Vs. Zombies, and Tiny Death Star are all good. Now go play a game and laugh. If for no other reason than to prove the British wrong about this (and about maintaining a monarchy that has ceased to be relevant, but that's for a different kind of story on a different kind of site).
Posted by bethv at 11:00:00 AM