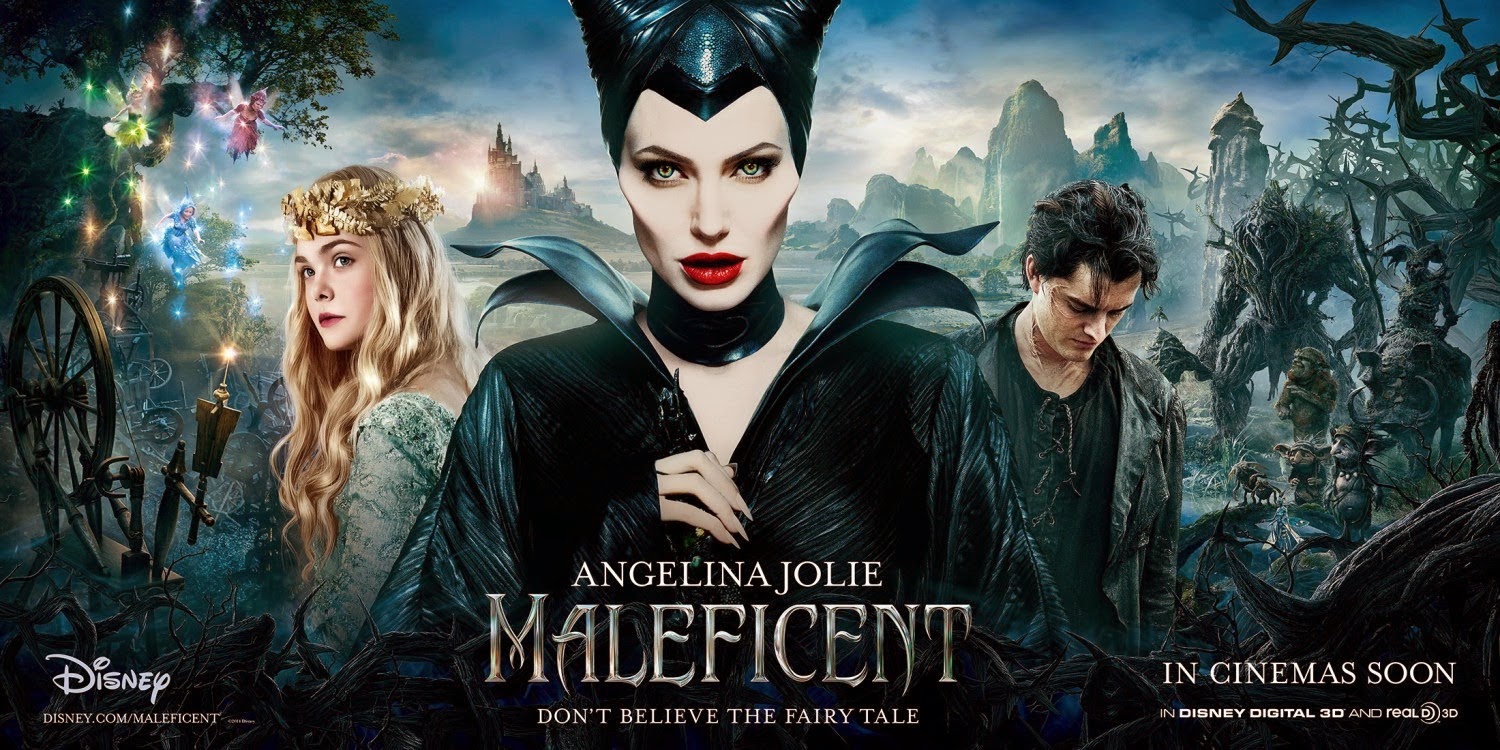 Tis’ the season for big blockbuster movies featuring lots of CGI. So rather than go see X-Men: Days of Future Past yet again, last week we decided to go and see Maleficent. I like fairies and shit like that, and I figured Angelina Jolie would make a pretty good evil bitch. There are lots of fairies, and Angelina certainly is evil, but there’s also plenty of stupid to go around.

I’m going to assume that by now everyone knows the story of Sleeping Beauty. This is another one of those “re-imagined” fairy tales though so don’t expect that you’ll be following the original animated Disney film. Like the recent Snow White,  Jack the Giant Slayer, and Alice in Wonderland it’s  the same basic story, but without cute cartoon animals and the annoying songs (and thankfully Kristin Stewart free as well).  And it’s also another example of the female empowering character changes that movie studios seem to need to make now. We can’t just have a damsel in distress anymore. The female lead has to be as tough as or tougher than her male counterpart. Alice and Snow lead armies, and while the Princess Jack was chasing needed to be rescued she was definitely an independent lady. Before I get in trouble with feminists let me just clarify that I’m not against female empowerment. I’m against changing a story to put it in where it doesn’t belong. Snow White is not about girl power; it's about a chick who has a thing for little dudes and falls asleep. There's a lot of sleeping in fairy tales apparently. But I digress…
Maleficent shows how the evil fairy became evil, and decided to screw with a harmless baby named Aurora in the first place. The story starts with a kingdom of very familiar looking fairies living next door to some Renaissance Festival actors who are, not surprisingly, at war. Every creature in the fairy kingdom feels like it came from somewhere else, and was done better the first time you saw it. If you’ve seen Labyrinth or The Dark Crystal then you’ve seen Brian Froud’s artwork. A lot of the creatures here feel like they were lifted directly from the pages of one of his books or movies. Except in the movies they used muppets, and I’m a fan of practical effects over CGI almost every time. There are also some tree guys that look suspiciously like Ents on their way to a much more violent version of an Entmoot. The only characters that they even try to make look halfway human are the young Maleficent, and the trio of stooge-esque fairies charged with keeping the baby Aurora safe; which they suck at, by the way. I don’t know why the filmmakers decided that making them entirely CGI would look better than using green screen, but it did not work for me. I would much rather have seen a real Imelda Staunton hanging from wires than see her as a tiny bobble-headed computer drawing. And, I’m digressing again… 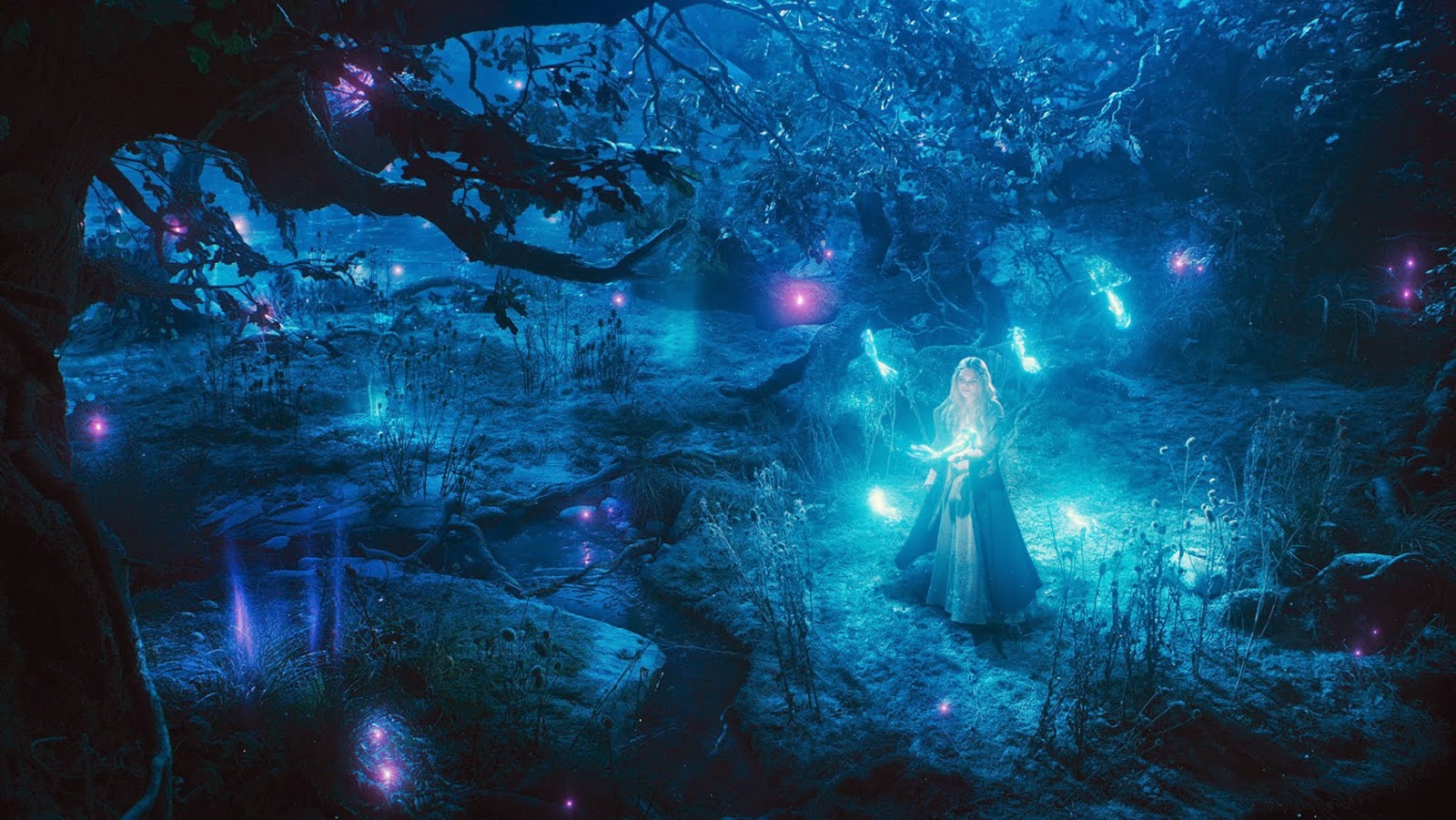 So young and trusting Maleficent falls in love with what sounds like a little Irish boy who grows up to be the very South African Sharlto Copely. You know you’re in for an evil turn as soon as you see him so it’s no surprise when he slips her a roofie and cuts off her wings. It’s an uncomfortably rapey scene, but there are actually a few of those in this movie. So when he brings the dying king the previously nice fairy’s wings he gets to be the new king and Maleficent becomes evil. Then comes the part of the story you know with a few changes to make sure that the main characters build a relationship, and that Maleficent doesn’t remain completely evil the entire movie. They do try to develop her character, but it’s very obvious and pretty easy to see the end coming. Aurora doesn’t develop at all, but then she’s not the focus of the movie. She’s just supposed to be pretty, and trusting, and sometimes a little brave. Then she falls asleep. That’s about all there is for her to do. And not to be horrible, but the girl just is not pretty enough to have been blessed by fairies. She’s cute, but definitely not Disney princess beautiful. She gets to visit fairyland, and get friendly with what she thinks is her fairy godmother (because sure, why wouldn’t she think that?) She has a decent “filled with wonder, or look at all this magical shit” expression, but you can still tell that she’s not really interacting with anything. Because she’s not. Are muppets really so bad? Just a few would have grounded what is otherwise an overly slick movie. Then there’s Prince charming. He’s cute too, but also instantly forgettable. He just has to look like a nice boy for a few scenes though so they don’t really push him too far. What’s not nice is how creepy they made the whole kissing a sleeping girl scene. They do try to play it off by having him say that he only just met her so we’re not expected to believe in true love after meeting one time and exchanging a few sentences. What was creepy about it was the fact that they had just met, and the bobble-headed fairies are disappointed by the chaste peck on the lips that he gives Aurora, and try to goad him into giving her a better kiss to wake her up. So we’ve got a wing rape scene, and then a non-consensual mouth rape scene. That’s way too much implied rape in a Disney movie by my standards. 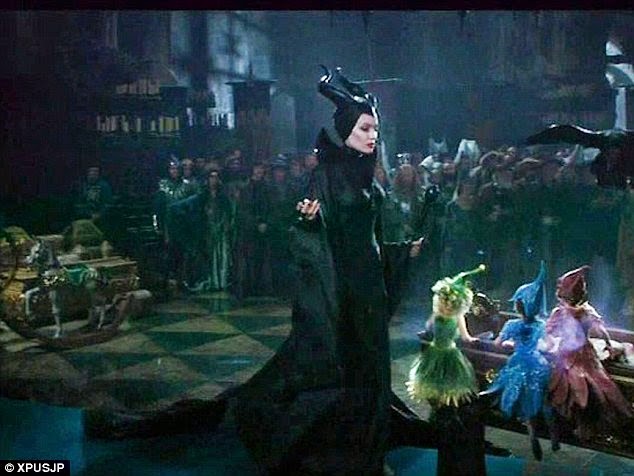 Angelina Jolie’s costumes are drag-tastic, and either she still looks amazing in a catsuit or CGI has progressed even farther than I thought. Her prosthetic cheekbones are also a good touch even if the makeup is a little heavy-handed. If you like fairies, pixies, and other fantastical crap then you might like it. If you like that sort of stuff done with practical effects then you’re probably out of luck. If your kids are too young and innocent to understand the concept of being violated then they may not be disturbed by the rapey parts. And if you're okay with explaining “surprise sex” (as my husband calls it) to your older children then you may be fine too. It may, in fact, be a good film to take your teenage daughter to see before you let her start dating. “All men are evil and they only want to cut your wings off or kiss you while you're asleep” might scare the crap out of pubescent girls. Or not. I don't have kids, and haven't been one myself for a long time. I don't know what kids do, or are afraid of, or understand about sex and when these days. Does the fact that you can talk about sex with your kids redeem this movie in any way? I don't know, or care really. What I do know is that there will be a lot of queens and/or very large women rocking Maleficent costumes at drag shows and cons for the foreseeable future.
And I'm particularly disturbed by the fact that when I was looking for images to use for this post I found this on the first page. 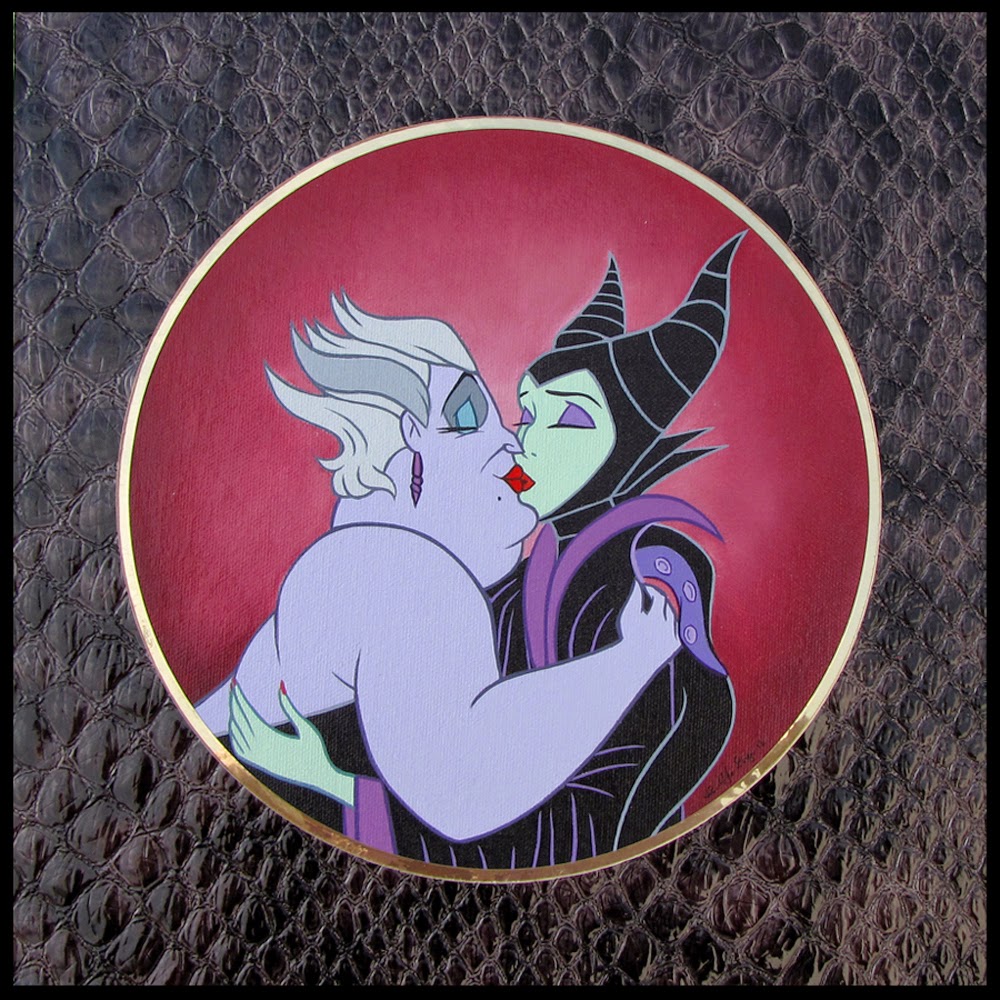 R
Someone actually thought of this and then made the picture. Really people? And I thought non-consensual mouth rape with kids was gross.