Okay, Phantomaniacs – time for something I have never done before.
If you’ve been following Needless Things for any amount of time, you know that I’ve never done any kind of press release stuff. Partially because it’s not really my thing, but mostly because I can’t seem to convince anybody to give me anything for free. I did a little bit for Dragon Con last year despite the fact that I had already paid for my badge and feel like I do more than enough by way of coverage for those guys anyway; but I’ve never done anything for a major corporate entity.
Until today!
You might have noticed that LEGO has only recently become any kind of focus around here. That’s due to the combination of R.T. Ewell’s LEGO reviews and my own family’s leap down the LEGO rabbit hole. I’ve always been a fan of LEGO, but quite frankly they’re a little out of my comfort zone, price-wise. Plus I’m not one of the guys that will come up with their own designs. If I’m going to buy a set and put it together, it is going to stay together until the day I die. I totally identified with Wil Ferrell in The LEGO Movie.

Lil’ Troublemaker differs from me in this respect. We had a deal that once he read me a book of my choosing that he had never seen before, we would spend a day at the LEGOLAND Discovery Center in Atlanta and that the LEGO embargo at our house would be lifted; meaning he could pick out any set he wanted at the end of that day. Back when he first started wanting LEGOs I (cleverly) made that deal with him. He was still too young to put sets together on his own, to keep them organized, and to make choices about which sets he wanted and understand dollar value.
Now he’s read the book (and many others) and we are a full-bore LEGO family. He likes to keep certain sets assembled and intact, but others can be taken apart and reassembled as whatever he thinks up. He’s created minifigures of characters that he doesn’t own yet, as well as buildings and vehicles for them to use. Lil’ Troublemaker is far more creative with LEGOs than I ever was or would have been and I think that is great.
This is where the LEGO KidsFest comes in.
We found out about it a month or so ago. My pal Jonathan at WrestlingWithPopCulture.com sent me contact info for press relations and I composed an e-mail saying I’d like to cover the event and possibly record an episode of the Needless Things Podcast about it if that were feasible. I got a quick reply and, quite frankly, more coolness than I could have thought to ask for. What follows in this post is all of the information about the traveling KidsFest. There’s a list of activities and links for tickets, plus a neat list of LEGO facts. I thought that was a cool addition.

We’re stoked about this thing. It sounds like it’s going to be a lot of fun. Not many other toy lines get their own traveling expo. Think about that – it’s a toy line. Not only that, it’s a toy line that incorporates an amazing number of huge licenses – Marvel, DC, Lord of the Rings, Teenage Mutant Ninja Turtles, Star Wars, and so many more. To see all of these things represented by the same company under one roof is pretty awesome.
So here’s what’s up – today check out the press release stuff, read about the event, and see if it’s up your alley. It’s for all ages, so I think there will be plenty of stuff for every level of LEGO enthusiast. Tomorrow I will be posting Episode 26 of the podcast. It’s an interview with Chris and Dan Steininger – a father and son that are two of the only seven LEGO Master Builders in America! If you don’t know, the Master Builders are the folks that design the huge LEGO constructs you see in LEGO stores, special events, and in the Disney Village in Walt Disney World. Like this: 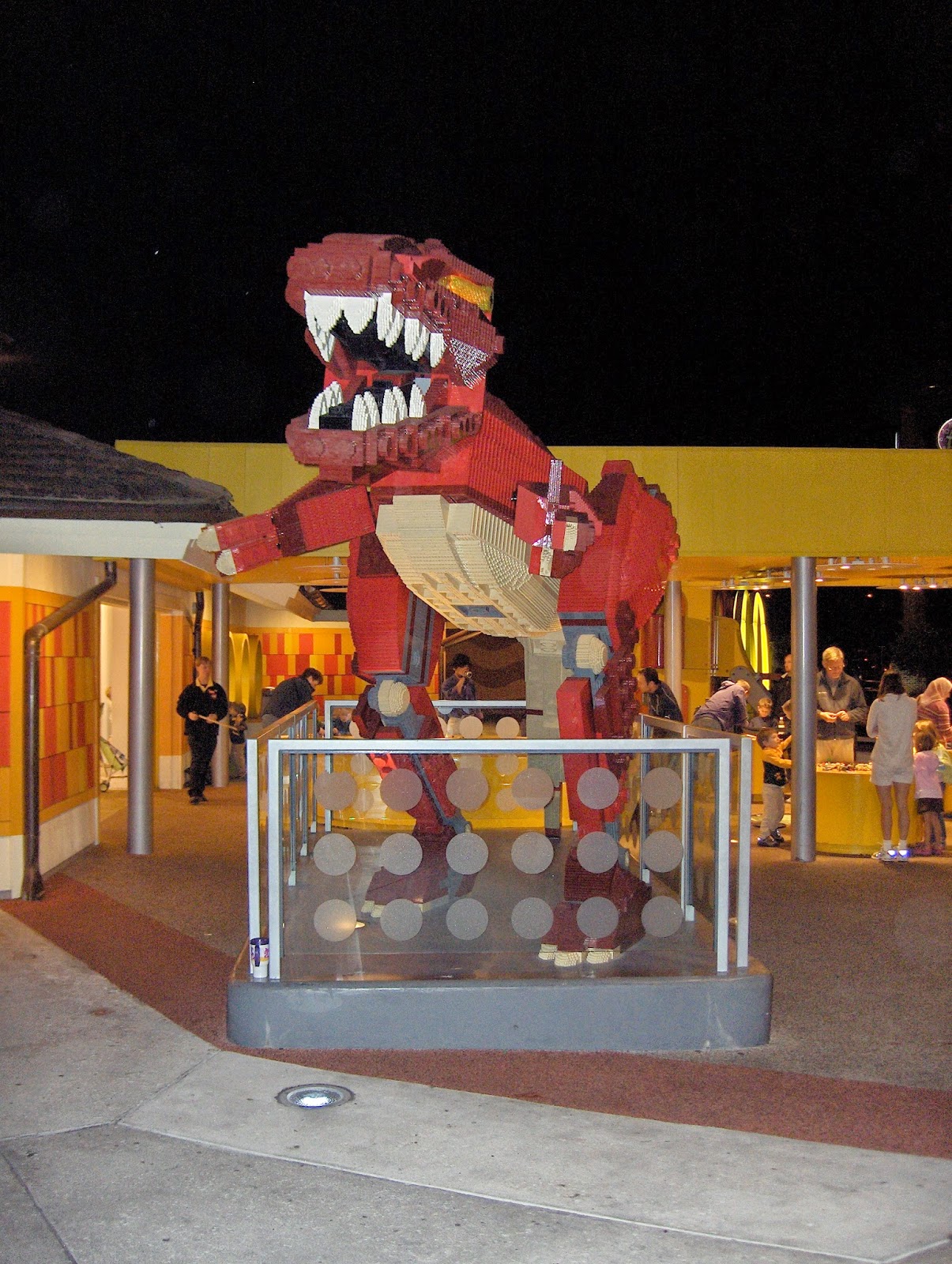 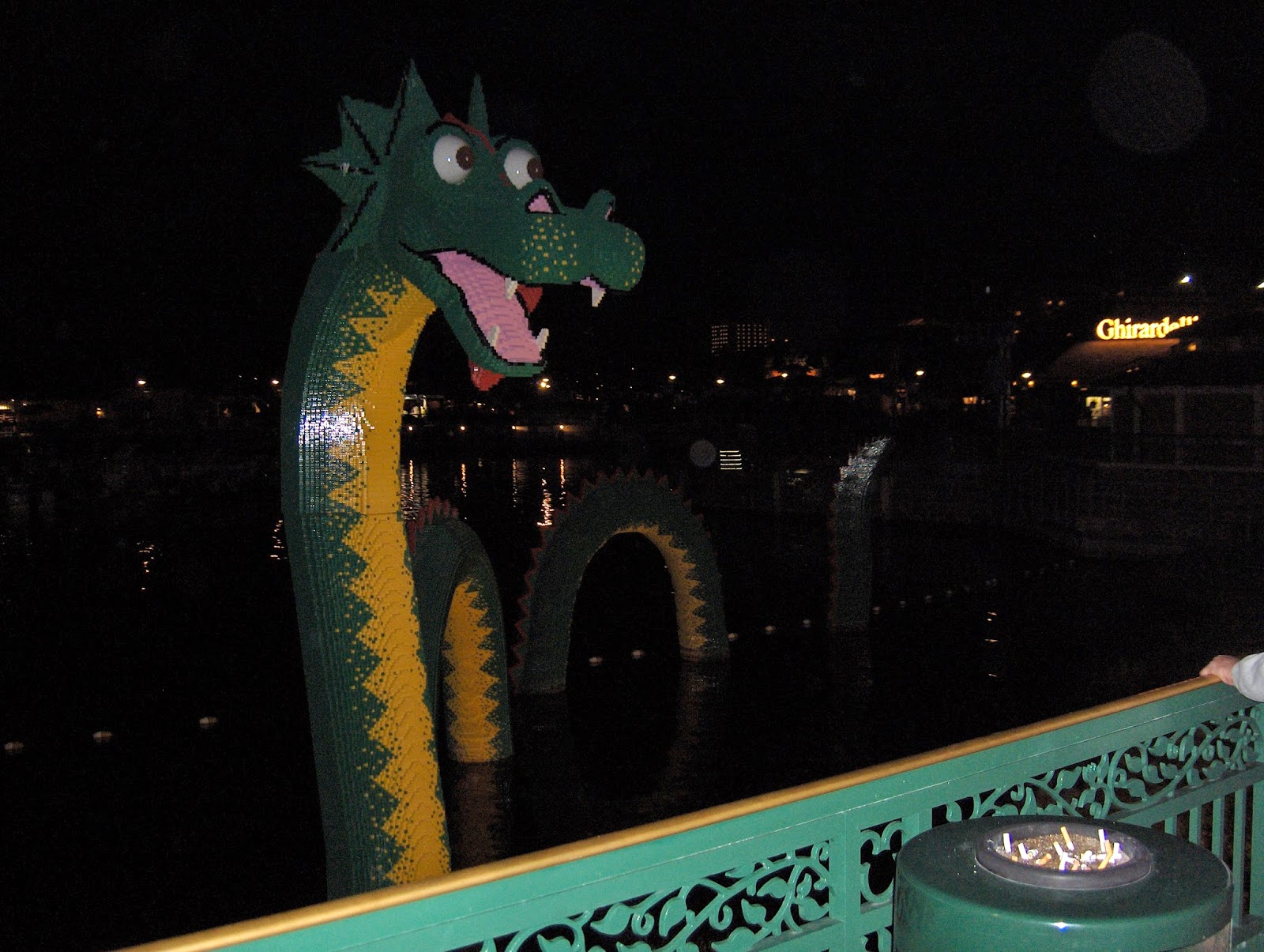 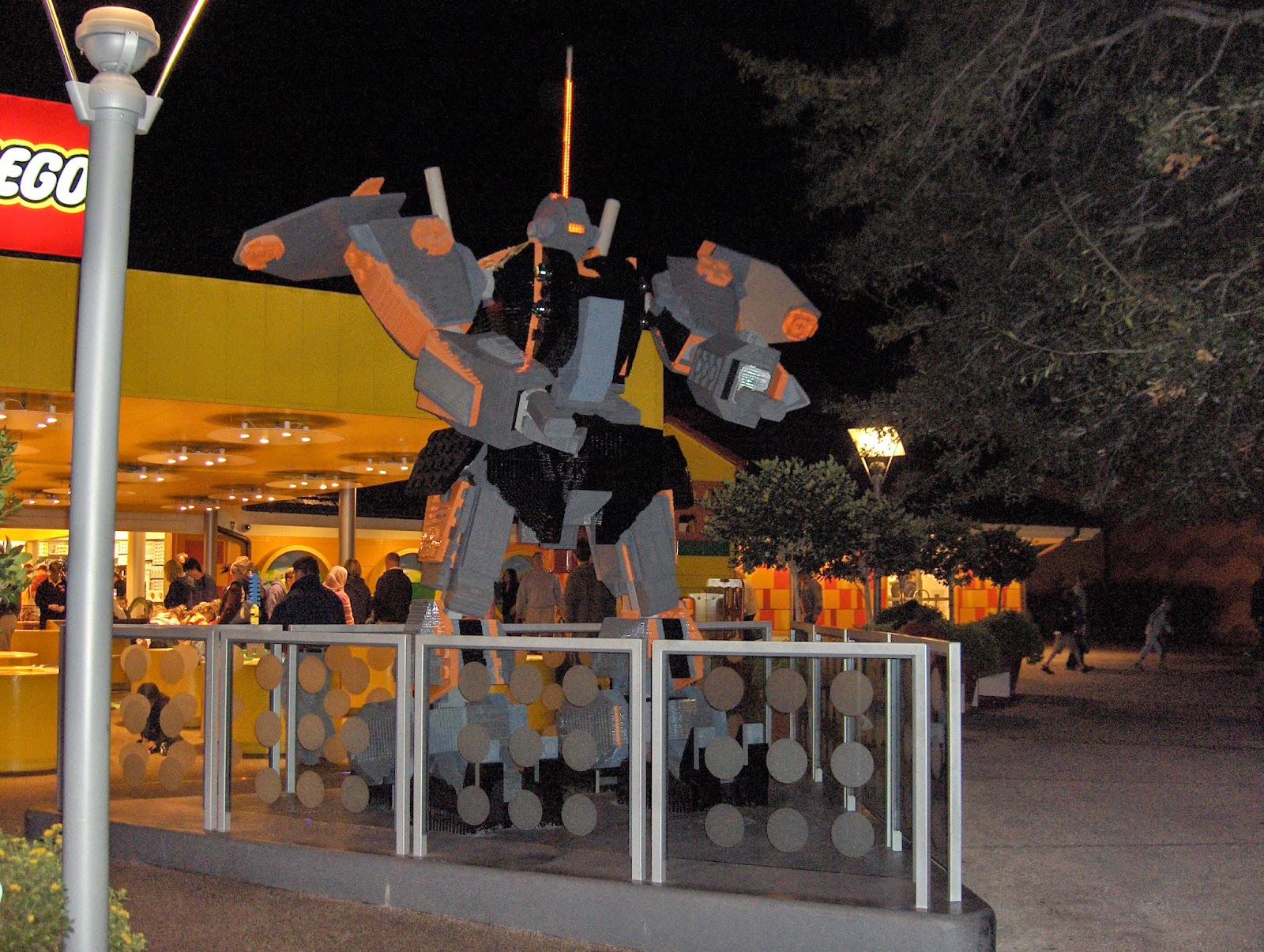 These guys blow me away. I’ve always wondered at the time and effort it must take to design and construct these things, but never really thought I’d get the opportunity to pick the Master Builder brain, let alone two of them.
Finally, next week I’ll post a recap of the event. Me and the family are going thanks to some press passes from the super-nice folks in charge of the tour. And you know me – if they weren’t super-nice I wouldn’t say that they are. I’ll be bringing you me and Lil’ Troublemaker’s thoughts on the KidsFest, accompanied by plenty of pictures of what went down.
Like I said, this is a new thing for me, but you can expect the same honesty and integrity I bring to every single toy review, event recap, or podcast that Needless Things produces. Stay tuned, folks – lots more cool stuff is coming! For now – check out the info on the LEGO KidsFest, coming to the Cobb Galleria in Atlanta, GA for the first time from June 27 - 29, 2014!

The award-winning LEGO KidsFest is a traveling extravaganza featuring three acres and dozens of hands-on building, creative experiences and one-of-a-kind activities. Children of all ages and builders of all skills and levels are welcome. The show only makes seven North American appearances each year.

Five identical sessions are available. Tickets are $20 for kids and $22 for adults.

For more information and to purchase tickets, log on to www.legokidsfest.com/tickets.html

SOME ACTIVITIES (activities are subject to change)


Be sure to also check out great LEGO attractions in the region.

LEGOLAND® Florida is a two-day interactive family theme park featuring rides, attractions, a water park and more.
“Any family who likes to be inspired, get hands-on and have fun together won’t want to miss LEGO KidsFest,” said Vince Rubino, LEGO events manager. “We’re bringing so many activities for Atlanta-area families to showcase their creativity and building skills in what is sure to be a family event to remember.”

FUN FACTS
More than 400 billion LEGO® bricks have been produced since 1949.

The LEGO® minifigure represents the world's largest population of people! More than four billion minifigures have been produced in the last 30 years. This is almost 12 times the population of the United States!

There are about 62 LEGO® bricks for every one of the world's six billion inhabitants.

Laid end to end, the number of LEGO® bricks sold in a year would reach more than five times around the world.

There are 915 million ways to combine six eight-stud LEGO® bricks.

With a production of about 306 million tires produced a year, the LEGO® group is the largest producer of tires in the world.

LEGO is the brand name. One plays with LEGO bricks (not LEGOs or Legos).

LEGO Systems, Inc. is the North American division of The LEGO Group, a privately-held, family-owned company based in Billund, Denmark, one of the world's leading manufacturers of creatively educational play materials for children.  The company is committed to the development of children's creative and imaginative abilities, and its employees are guided by the motto adopted in the 1930s by founder Ole Kirk Christiansen: "Only the best is good enough."  Visit the virtual LEGO world at www.LEGO.com. LEGO, the LEGO logo, and DUPLO, are trademarks of the LEGO Group.
© 2014 The LEGO Group.
Posted by Phantom Troublemaker at 11:00:00 AM

Email ThisBlogThis!Share to TwitterShare to FacebookShare to Pinterest
Labels: events, LEGO, LEGO KidsFest, life the universe and everything