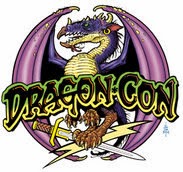 I just got some very important, game-changing news and I’m sharing it here first because you guys deserve that for being loyal readers.
I’ve mentioned on the podcast that I have been hard at work on big projects and had exciting news forthcoming. I hate being vague like that, but I was really excited and couldn’t just hold all of that in. That’s just not healthy.

I had a lot of ideas for 2014 Dragon Con panels. I was talking about the various toy panels as early as last year’s recaps. But over the last few months a couple of new, very different ideas have come to me. Two very specific things that I am incredibly excited about. 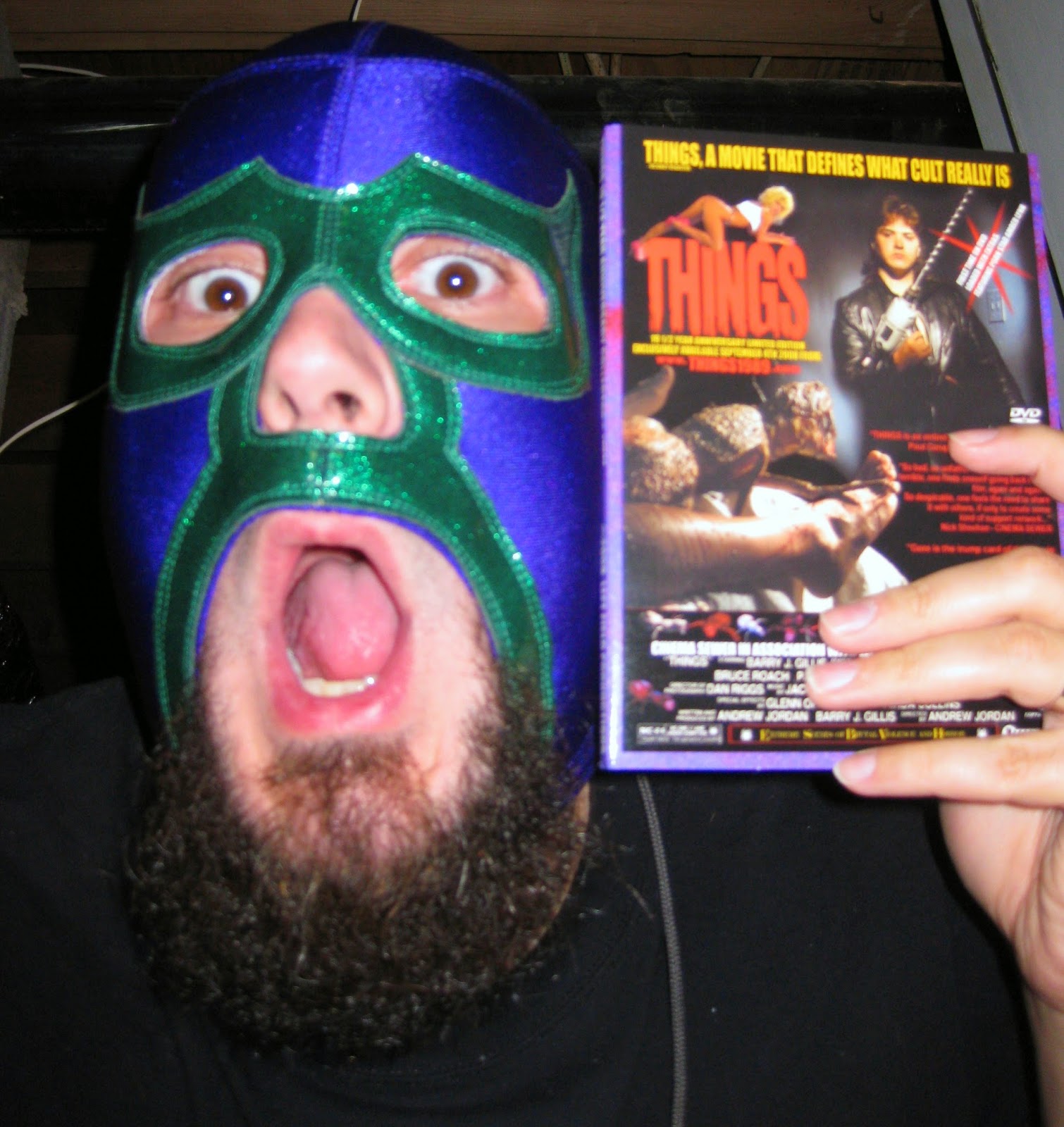 The first actually came by way of Gary Mitchel, one of the Directors of the American Sci-Fi Classics Track (the one I work with). I posted something about THINGS and he suggested that a Dragon Con screening of the movie might not be out of the question. It has been a lifelong dream of mine to someday have a public screening of THINGS. Well, not lifelong, but ever since I first watched it with Beth V and the other roommates back in the day I’ve wanted to share it in a large venue. And there is no larger venue than Dragon Con.
Side Note: If you don’t know about my love affair with the real best worst movie ever, you can read about it here. I will take the Pepsi Challenge with THINGS up against any movie anybody can find. Unless I actually have to drink Pepsi because that stuff tastes like ass.
Well, Phantomaniacs, it is happening. Saturday night at Dragon Con 2014 I will be showing the single most notable cinematic accomplishment of my generation - THINGS. I don’t have all of the details nailed down yet, but there will be art, games, and THINGS .
BUT THAT’S NOT ALL.
I still need to figure out the programming order, but here’s what’s what – I had this other idea, too. This other idea is something I have been wanting to do for a few years now. Originally it would have just been me and the Hooliganz hanging out somewhere. But this year I realized that I could make my dream happen on a larger scale. I pitched the idea to Gary and he pitched it to Joe and I cannot believe this is happening. But it is. It is happening so much, as a matter of fact, that the Powers That Be have given me control of the American Sci-Fi Classics room from 10 PM Saturday night until dawn on Sunday.
That’s how good this idea is.
I will be hosting a game show. A filthy game show. I knew that I couldn’t do this on my own and that I would need somebody fabulous beyond compare to share hosting duties. No event this momentous could be managed by any one person, not even the mighty luchadork himself, Phantom Troublemaker.
So I dispersed missives to the far corners of the Earth, in search of the only person that I knew would be able to help me. Only one being could handle the burden of what I was proposing. Eventually my signals returned from the aethersphere and I had the confirmation I was seeking.
Phantomaniacs – I am humbled and delighted to announce that my co-host is none other than the Empress of Gigglebox Electrosex, the Queen of Sillified Buttbeats, none other than the leader of the Sexxxiest Band in the Whole Muthafuckin’ World, y’all…

Now what, you may ask, are we hosting, exactly?
I’m glad you asked.
We will be hosting a game show sexxxperience that is truly like no other. Miss Lady Flex and myself will be choosing contestants from our LIVE STUDIO AUDIENCE to participate in Whose EFF Is It, Anyway? Phantom Troublemaker, Miss Lady Flex, and our panel of Special Guest Judges (TBA) will provide some of the filthiest, slimiest, squickiest, most discomfiting Erotic Fan Fiction (EFF) from around the internet. Each selection will be specially chosen and thoroughly vetted for quality, grammar, plausibility, and outright shamefulness. The contestants will be judged on their ability to read aloud our various vile vignettes; categories will include Best Deadpan, Most Enthusiastic, and Most Evident Suppression of Tears.
AND THERE WILL BE FABULOUS PRIZES! 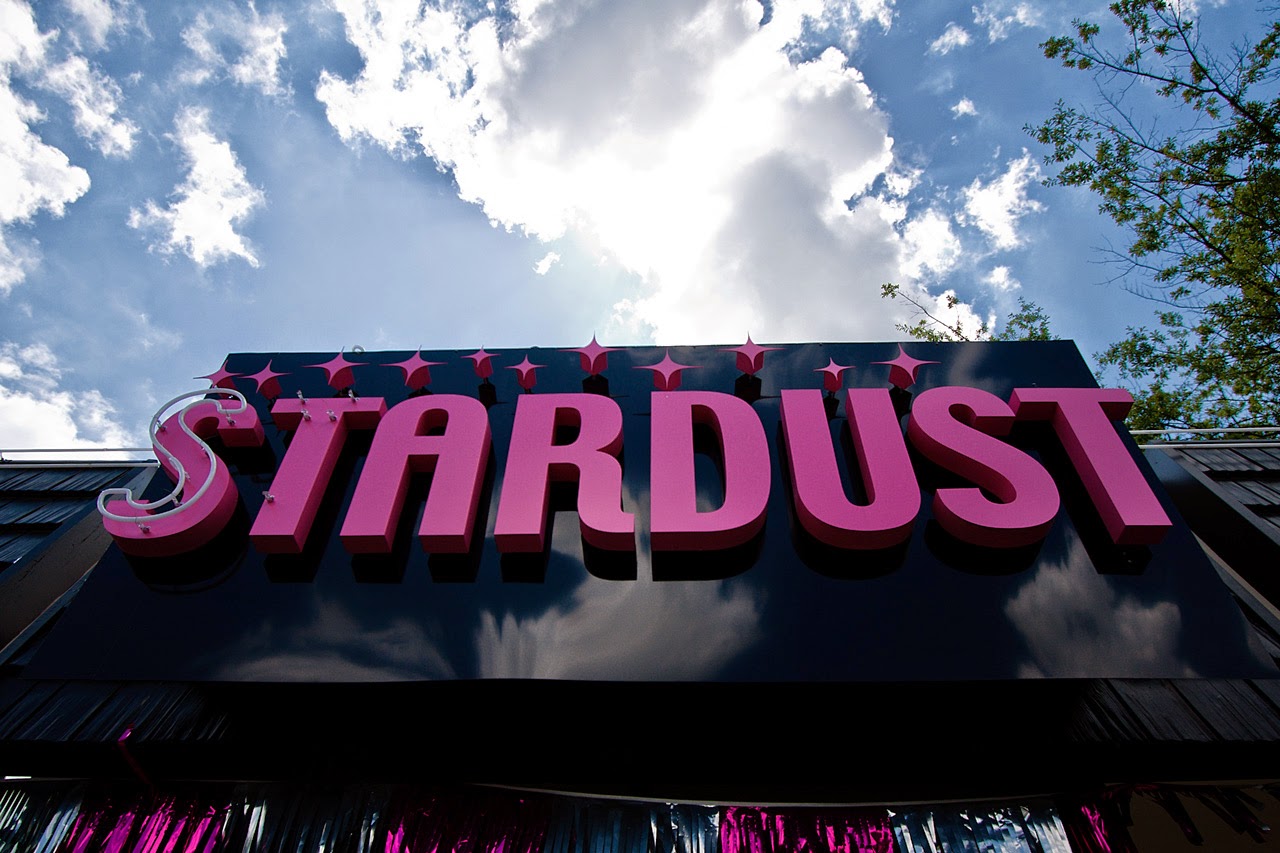 That’s right, Phantomaniacs – Needless Things has teamed up with Stardust Atlanta to create a lascivious selection of erotic and exotic prizes for those lusty enough to compete in the filthiest game show around…
Whose EFF Is It, Anyway?
It’s too early for me to know the full slate of prizes and I am still working with a few other entities to make sure we have enough booty for all of the Dragon Conners that do the depraved duty, but I assure you it will be worth your while to come out for this event!
We are a mere… uh… less than 90 days from Dragon Con, so I’ll have updates coming fast and furious from here on in. We should be just a few weeks away from my review of the Progress Report and I am already lining up interviews and podcasts. I have a feeling Needless Things might be a little lighter than normal this year thanks to the planning I am having to do for Dragon Con, but I will still guarantee that we will provide more coverage than any other site out there that isn’t DragonCon.org.
I will be an Attending Professional this year and I am still putting my schedule together. One thing I can tell you for sure is that I am prioritizing my panels and appearances over all else. Except for DCW. You can bet your sweet ass that Phantom Troublemaker, the DCW Hooliganz, and all of the Phantomaniacs will be running wild in the Hyatt Centennial Ballroom on Friday night. And I might have a big DCW announcement coming soon. I’m still working that angle.
This year at Dragon Con, Phantomania will be OUT OF CONTROL, BROTHER.