The Streak Is Over. by R.T. Ewell 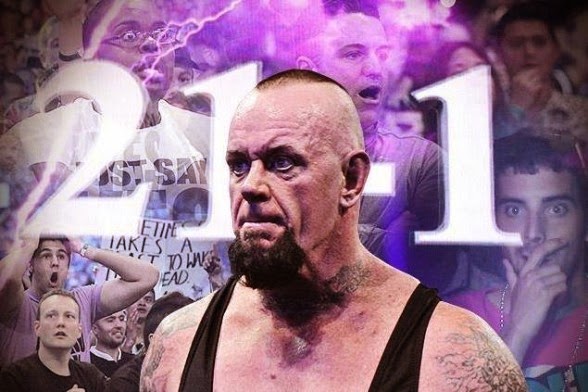 Before we get into today's excellent post from Richard, I just want to take a moment to express my sadness over the passing of Warrior.

I say Warrior because that was his name. Not Jim Hellwig, because that guy had his name legally changed to "Warrior" and I feel like I should probably respect that.

Anyway, when he was the Ultimate Warrior in the WWF the man was pure fire. He was this force that could not be denied. No matter what you thought about him he was like nothing else that had ever been in the ring. He was possibly the most singular professional wrestler that has ever been. He had a vision for what he wanted to be and nothing - not even Vince McMahon - was going to change him. I respect the heck out of that.

His death is tragic and strange and remarkable. The timing is probably perfect, though. As outspoken and undeniable as Warrior was, he was still this enigma that defied description or easy definition. I don't know how or why he is no longer on this plane of existence, but it has people thinking and talking and wondering. And I think that's just the way he would have wanted it.

Godspeed, Warrior. May the next realm be as awed by you as we were.

-Phantom
If you are a wrestling fan then you instantly know what that title referring to. Even if you aren't, it is very likely that you know what the streak is concerning professional wrestling. The streak is a staggering, amazing, achievement that the phenom known as the Undertaker has had the privilege to hold in the WWE. It is something that has become a part of wrestling tradition. Every year at the show of shows, WrestleMania, the Undertaker puts the streak on the line because as of this year he had won 21 years straight. That's right; he is 21-0 at the “Superbowl” of wrestling events. Every year, the streak match is almost more important than any of the championships that are put on the line that night. It's a big deal.


Over the last five years he has put on spectacular matches with C.M. Punk, HHH, & Shawn Michaels. The last two wrestlers each had terrific back to back matches with Taker and told wonderful stories in the process. This year Undertaker put the streak on the line once again against Brock Lesnar. When this was announced the majority of wrestling fans groaned. Not that fans hate Brock, because I don't think that’s an accurate assessment. Let’s just say that since Brock is only a part time player in WWE sometimes his matches aren’t the best. Also, Undertaker isn't exactly a spring chicken so it takes someone special to meet expectations for WrestleMania that fans have.


I don't know of a single wrestling fan that thought the streak would be broken that night. I mean especially by Brock. It just didn't feel like it was going to happen. After a less than stellar match the unthinkable actually happened. Undertaker's streak was broken - Brock pinned him clean in the middle of the ring.

My jaw, like every other wrestling fan's jaw, was on the floor.

It was indeed true. Brock Lesnar beat the Undertaker making him 21-1 at WrestleMania. Now, I want to talk a little bit of behind the scenes, so if you are a kid or love that pro wrestling is real please avert your eyes from the rest of this article.

I have absolutely no problem with Undertaker losing. I feel that I have watched the series finale of my favorite show. Taker looked rough, he showed his age and I always wanted him to lose at some point at the show of shows. Look - if Undertaker didn't want Brock to be the one to beat the streak then I can assure you that Undertaker would be 22-0. I don't have a problem with Brock beating him and you want to know why? Because that outcome shocked me - truly shocked me - and I love when wrestling does that.

Now, I will say that part of me wishes it was someone who could have used it to become a bigger star than they already were. Roman Reigns would have been my pick but I really like what they are doing with him and the Shield now. I want all the hardcore fans to see the big picture and I believe it happened Monday Night on RAW. See, it didn't help Brock for him to beat the Undertaker but what it did do was help his manager Paul Heyman. It was used to make him a manager that people would want because he helped Brock beat the unbeatable streak. On RAW this was proven by Cesaro turning on Zeb Colter and becoming a Paul Heyman Guy.

I've heard people say they will never watch wrestling again and this was a travesty. I argue, isn't it a good thing when every wrestling fan on the planet is shocked at something and talking about it? Makes me feel like a kid again! 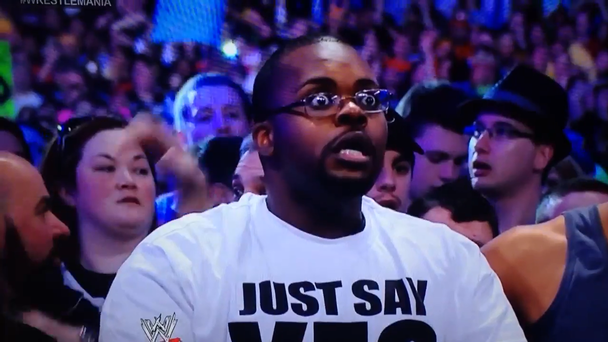