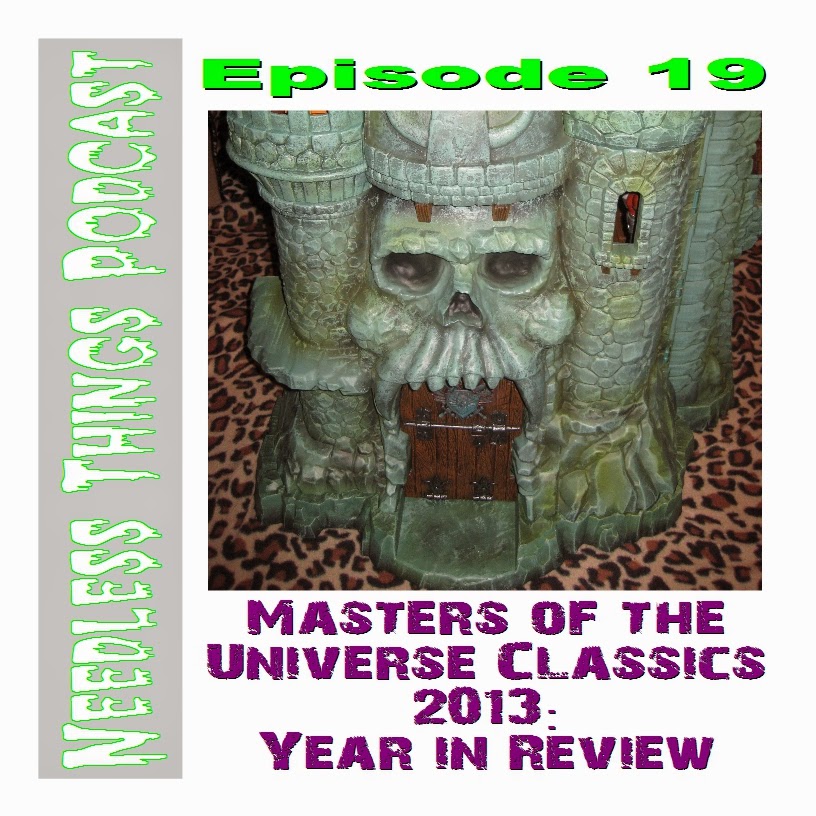 Yes, the picture is correct - this is Episode 19 of the Podcast. We recorded it back in January, but for various reasons I have not been able to publish it until now. This makes the image for the Stephen Platinum episode incorrect, but the numbering is right on everything now.

2013 was a huge year for Masters of the Universe and now it's time for me and Mr. Beau Brown to finally get together and talk about it. Or time for me to post our talk about it anyway. We actually recorded this back in January, but I haven't been able to put it up until now because of the restrictions I had on my hosting. Thanks to you Phantomaniacs I have finally been able to upgrade and I can do more podcasting than ever before. We'll see how that goes. I have lots of big plans for the future.

As for Masters of the Universe, 2013 was pretty unbelievable. Not only did we get the long-awaited and often thought impossible Castle Grayskull, we also got the Filmation subscription. This was a big surprise - not so much that they were doing Filmation figures, but that they dedicated an entire six figure subscription to it. Going in I really didn't know how many Filmation characters would be popular enough to warrant a six-figure sub, but in the end it turned out it wasn't about the characters' popularity,but the coolness and execution of the figures themselves

Beau and I had a great time talking about the 2013 line - as we always do with it when it comes to Masters of the Universe. I hope you guys have fun listening to us.

As is habit now I'll remind you that you can go to Needless Things on Storenvy and buy t-shirts, stickers, and prints to help support us. You can also donate via the PayPal button to the right side of the page.Finally, if you're in a band or have a website or anything like that I am offering advertising on the page. Twenty bucks gets you a big, square icon on the right side of the page for a year.